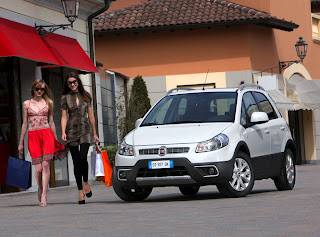 Badge-engineered cars turn up in unusual places sometimes, and on a recent trip to Italy I noticed how popular the Fiat Sedici has become – especially with smart, chic, young Italian women.


The Sedici (Italian for sixteen) is made in Hungary by Suzuki, and about one-third of the production is sold in Italy with either 1.6 petrol, or 1.9. diesel (guess which one is most popular in Italy). It’s a by-product of the original links between Suzuki and General Motors, and then later General Motors and Fiat.


The car was designed by Giorgetto Giugiaro’s Ital Design and launched at the Geneva Salon in 2006, and it’s a really smart looking vehicle. It’s a 4x4 or 4x2 drive configuration (as 4x4 makes 16, that’s why the Italians decided to badge it Sedici). 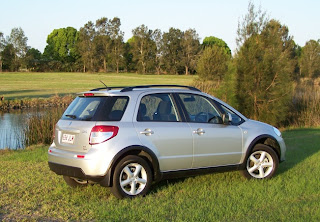 We know the car in Australia by its Suzuki moniker, SX4. I drove one a year or so back, and I can easily understand its popularity.

Given its short wheelbase it is easy to park, is quite roomy, has acceptable luggage capacity, and the occupants get a nice high driving position with a commanding view of the traffic.

If you’re a young woman doing battle in Italy’s chaotic cities, I can definitely see why this car appeals. 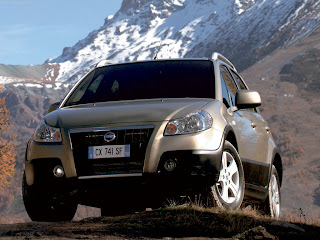 As an all-wheel-drive, it’s not in the Range Rover class of off-road machines, but for dashing about at ski resorts, and coping with occasionally rough terrain on a picnic in the Tuscan woods, it’s quite competent.
The Suzuki SX-4 I drove handled confidently and competently and was great around town. On the motorway between Brisbane and the Gold Coast it was stable, quiet and very economical, with fuel economy around 7 l/100km. Not bad given all the drag induced by an awd system, and a less-than slippery shape. 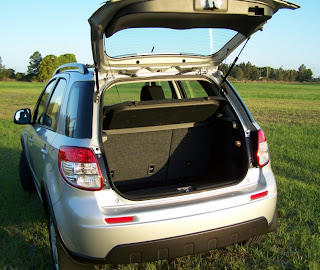 Suzuki has massively undermarketed this car in Australia, and after the success it achieved with the tiny Swift hatchback, I can’t work out why they didn’t put more effort and marketing dollars into the SX4 SUV. It broadens the range, offers something completely different, and is well-priced.

Clearly, young Italians got the message. 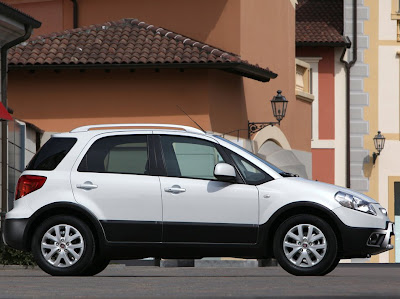 Posted by John Crawford at 7:50 AM