After a comfortable 3,456 kilometres behind the wheel of our Renault Megane cDi hatch we turned the car in at Charles de Gaulle airport and added up the Gazole consumed over 20 days vacationing through Italy and France.

All the time on autostradas and autoroutes we mostly cruised at the maximum speed (110km/h in Italy; 130km/h in France), although I will admit to a few occasions above the limit, so we didn't exactly coast along. The rest of the time was spent on regional roads, with a lot of gear-changing.

The Megane's trunk swallowed our two 62cm bags, and assorted hand luggage with ease, and at no time did we exit the car feeling stiff and sore, even after the longest stretches.

Since the retirement of Renault's famed designer, Patrick Le Quement (responsible for cars like the Twingo, Vel Satis and the previous, bustle-backed Megane) I think Renault exterior designs have become more homogenous, lacking the individuality which Patrick's pen lavished on his babies.

However, the current Megane is well-built, stylish, very economical and thoroughly reliable. It was a joy to drive, and I'd heartily recommend it to anyone.


More later on the Grand Tour. after I've downloaded, sorted and edited my 830 photos!
Posted by John Crawford at 12:20 PM No comments:

In Europe - Pleasure Tinged with Sadness

Being here in Europe with bad news flooding in from Gaza and the Ukraine, it's time to stop and reflect how quickly joy can turn to sadness - at the press of a button on a rocket launcher!

In Gaza the Palestinians could stop Israel's military offensive by stopping the rockets being fired into the Jewish state. Certainly we are affected by the Palestinians who are suffering, but they all have their future in their own hands. Just stop firing rockets.

In the Ukraine we see another country ripped apart by political division, but if there are any statesmen in either part of Ukraine, then now is the time to step up and inject some human understanding and common sense into a chaotic and sad situation.

It is clear that Ukrainian separatists do not have the tech savvy and the skill to operate a BUK missile launcher. Clearly the weapon and expertise came from Russia, and if the Separatists don't have the guts or the organizational control to step in and stop the chaos, then Russia and particularly it's ex-KGB thug Vladimir Putin should play a pivotal role in establishing order. One word from him and I'm certain those in East Ukraine would pay attention.

However, Vlad the Impaler has a broader plan. First his PR spin needs to convince his own citizens that he and his fellow citizens are blameless, then he must continue to act in a way that further strengthens the image he's cultivating in Russia, as the strongman who stands up to, and defies the West.

Next, he will continue his work creating an insular Russia, which does not need the West, or anyone for that matter. In extending this broad view, the shooting down of MH17 could not have come at a worse time.

Make no mistake, Putin is an evil man. Already in Russia he is curtailing civil liberties, muzzling a free press, denying many Russians the chance to leave the country, and in general returning Russia to the policies and iron rule of the Stalinist era (a leader he apparently admires), without interference from anyone - political or commercial.

Many years ago a Russian journalist with whom I was friendly, told me how Putin tolerated the oligarchs. He told them all bluntly that he would not stand in the way of them creating obscene levels of personal wealth, provided they did not use their wealth or their influence to enter Russian politics.

Just look what happened to those who ignored Putin's dictate. They are either dead, or in jail on trumped-up charges. That's how things work in Putin's Russia - so I guess we can whistle Dixie waiting for this ugly little man to show any humanity in the current situation.

After all, let's face it, the tragedy has impacted non-Russians, so why should he care? 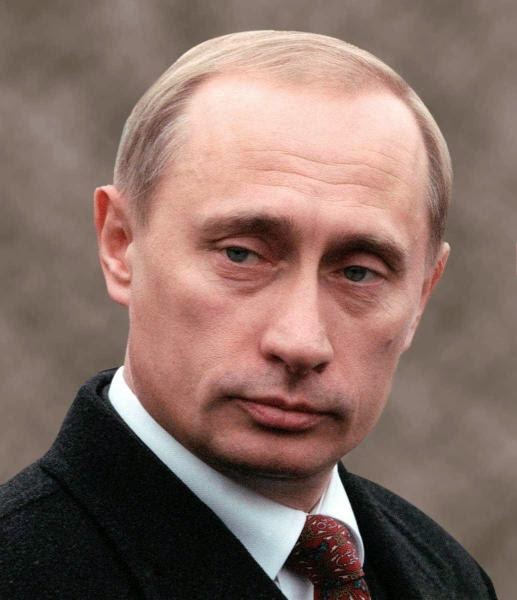 Posted by John Crawford at 7:34 PM No comments:

When you rent a car anywhere you take your chances on what the rental company serves up. So, it's 7:30 on a Thursday morning in Rome and we've rocked up to the Europcar desk to pick up a car for our 20-day Grand Tour of Italy and France.

Our agent is just a joy. A gorgeous Italian lady who looks at our booking in detail and says: "If you are finishing your rental in France, wouldn't it be good if we can find you a French-registered car." So, she searches through the car park until coming up with a winner!

We get a Renault Megane CID 5-door hatch, with one of the world's best diesel engines, fluid six-speed manual, BOSE sound system, Bluetooth and superbly comfortable seats. Plus a great boot, which hides our luggage when we park for sight seeing.

So far the car has been a gem. Excellent fuel economy, ample performance, quiet and very comfortable. More later, as we continue our journey. Suffice to say, Renault has produced a great Touring Car. 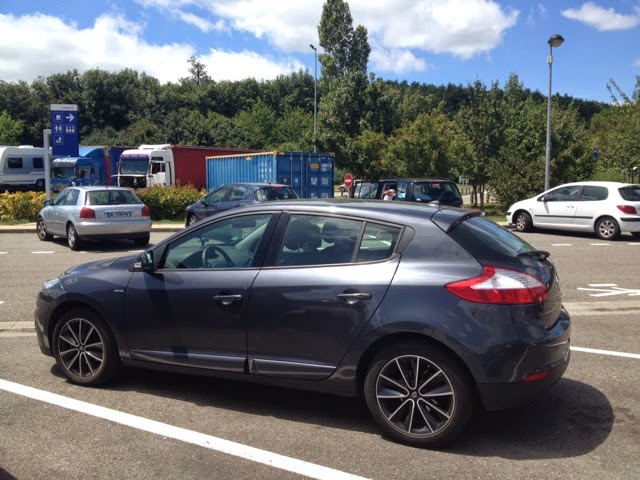 This month DRIVING & LIFE will be indulging in our favourite vacation - A Grand Tour.

Starting in Roma, we will visit Italy's east coast, Emilia-Romagna, under the French Alps via the Mont Blanc Tunnel, and from the high altitude ski resorts near Megeve, drop down to Annecy, and then Aix-En-Provence and Montpelier on France's Mediterranean coast.

We will then trek through France's beautiful southern wine districts, from Carcassonne to Bergerac and Bordeaux. A trip along the coast to La Rochelle, before ending near Tours and flying home from Paris.

Looking forward to much off-Freeway driving experiences and photo ops, plus the occasional glass of wine and brasserie repasts.