I’m not big into hot rods and the American muscle car scene, but I know quality when I see it – and this remake of a 1937 Ford coupe is the bee’s knees. The craftsmanship is awesome!

Also, this is not from some hyper-expensive custom shop on the West Coast. Most of the work you see here occurred in the mid-West, which just shows you what a surprising place the USA is. You get pockets of talent and outstanding skill sets all over the place. 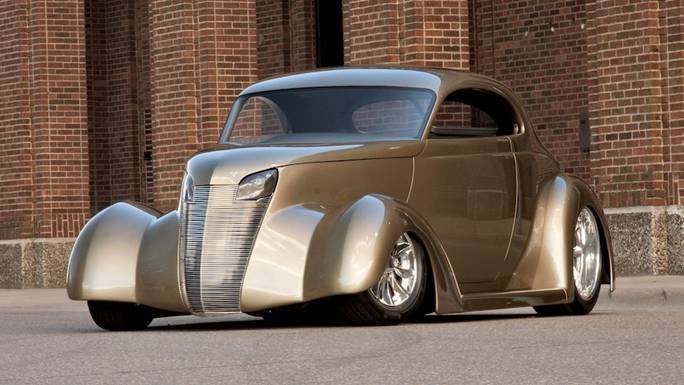 The car is now owned by Ryan Thomas from Delano, Minnesota. The custom job began with the first owner, Boyd Coddington, at Tucci Hot Roads in Marcy, New York.

Coddington had given Dave Tucci free reign to create something ‘special’. Sadly, he passed away before the job was completed, when Ryan Thomas bought the car. Tucci had done a lot of the early fabrication, but Thomas took it back home to Mike Jensen of Mike’s Auto Restoration and Customizing.

Tucci began with an impressive list of tasks –  He started by wedge channelling the body to get an aggressive hot rod rake. The headlights have been eliminated from the moulded fenders, replaced by Kawasaki Ninja ZX-9R headlights integrated into the custom Alumicraft aluminium grille. 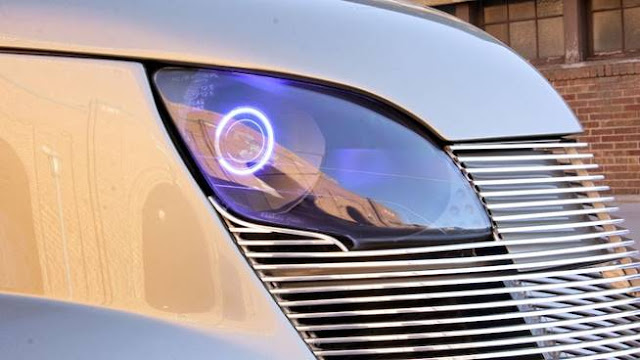 The handmade hood top extends downward to the grille. The top was chopped and completely re-proportioned, with the B-pillars removed, a cut-down Saab 900 windshield flush fit in place, and the rear laid forward. The doors were reshaped, and the rear fenders were extended around the rear of the body to where the dual exhaust ports exit. 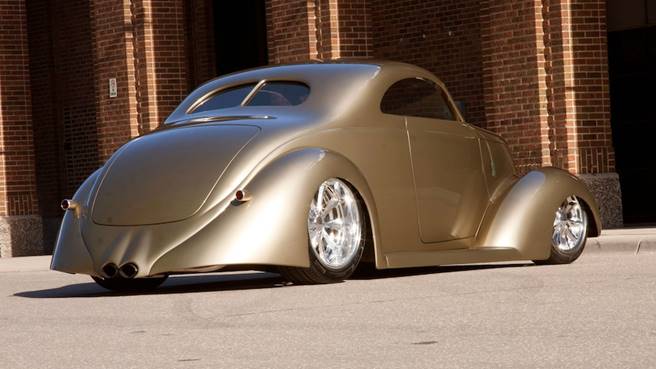 The most ingenious technical detail on the car must be the invisible door hinges.
Ryan refers to them as pocket hinges. The design allows the front edge of the flush doors to pivot into the body as they open. It's remarkable engineering that has to be seen to fully appreciate.

The wildly redesigned body was mounted on a Fatman Fabrications chassis. In order to achieve that pavement-scraping stance, the frame rails were Z'd in the front (?), and kicked up in the rear. A Mustang II style independent front suspension with 2-inch dropped spindles, and a four-link rear were custom built by Tucci. RideTech ShockWaves are controlled by an AccuAir e-Level air management system.

As you can see this is no ordinary custom job. This is automotive art, both the visual perspective and the engineering.

The coupe's fenders are filled in high-tech fashion with big billet wheels from Colorado Customs, machined to follow a design provided by Dave Tucci and Ryan. Pirelli 215- and 295-series P Zero Nero tires were mounted on 17x8 and 20x10 wheels. The six-piston Wilwood brakes feature 10- and 12-inch front and rear rotors. 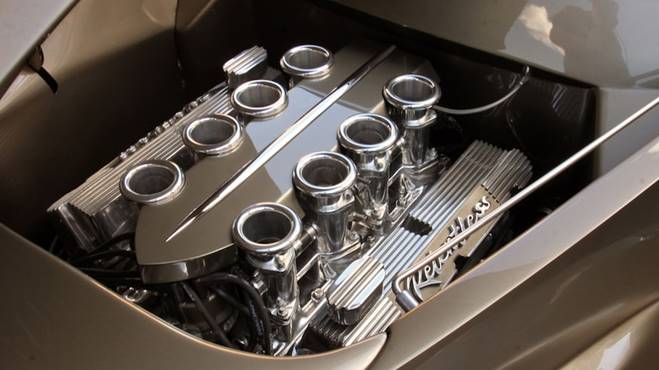 The stacks of the Borla injection system and the custom finned valve covers add a traditional rod flavour. The 550-horsepower Ford engine is adapted to a GM 700R4 4-speed transmission

The interior is another example of imaginative high-tech style. Hix Design in Norman, Oklahoma, hand built the contemporary bucket seats and upholstered them - along with door panels and trunk. The floor is covered with leather and aluminium panels instead of carpet. 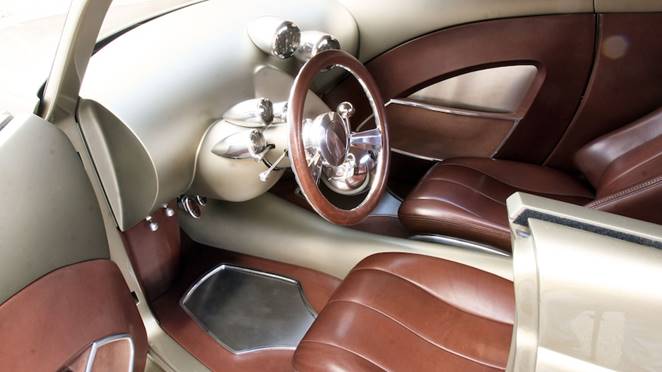 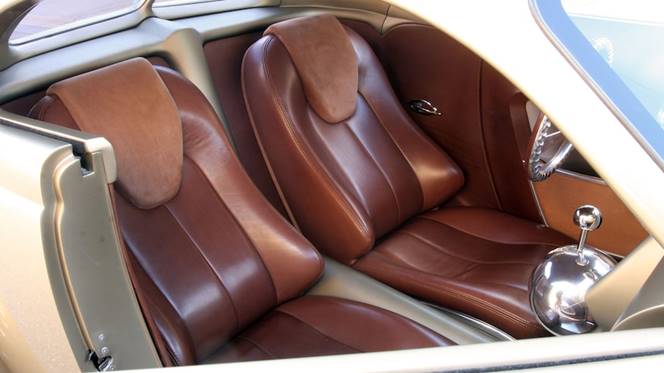 This car has won a swag of awards, and is a tribute to the Hot Rodders’ imagination and craftsmanship.
As I said, it may not be your thing, but it's beautiful work, by thorough professionals - who can take a bow.
John Crawford
Posted by John Crawford at 4:40 PM