A few months ago I highlighted some ‘Bentley Girls’ I admire, and included in the list was the redoubtable Diana Barnato-Walker MBE. Then, just last weekend a program screened on SBS-TV called “Spitfire Women” which paid an overdue tribute to the women pilots of the Air Transport Auxiliary.

Spitfire Women - DBW on the tailplane
During the dark days of the Second World War, these brave, beautiful and talented women were responsible for ‘ferrying’ newly-built fighters, bombers and trainers from the factories to the squadrons who would fly them in combat. Diana was a key member of the ATA, and flew over 80 different types of aircraft between 1941 and war’s end. 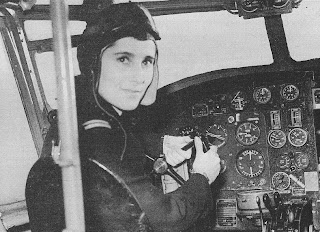 DBW at the controls of an Avro Anson
She made scores of flights through all weathers, using only VFR (visual flight rules), with no electronic flying aids. In total, she delivered 260 Spitfires! She was quite a gal. 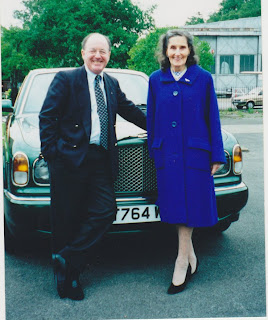 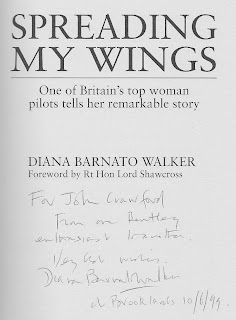 A treasured book from a friend
I first met Diana in 1999 shortly after I joined Bentley, and I invited her to a lunch at the famous Brooklands circuit, the scene of many race victories for Bentley Motors. Diana’s father was Woolf Barnato, onetime Chairman of Bentley Motors, who also took the hat trick with three successive wins at the Le Mans 24 hour race.

Diana's first Bentley
Woolf presented Diana with her first Bentley on her 21st birthday. Although she was known as a glamorous socialite, at just 20 she learned to fly at the airfield inside the Brooklands track, and went solo after only six hours instruction!
Probably one of the best stories about her was from July 1948, when an aircraft she was flying burst into flames near her home field. Rather than bail out and lose the aircraft, she switched off the fuel and glided the aircraft back! 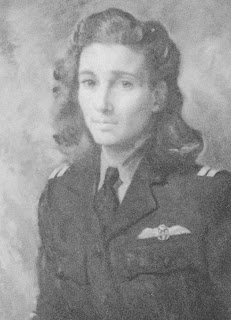 Painting by Cuthbert Orde 1945
Diana was highly intelligent, warm, witty and loved a laugh. She was 81 when I first met her, and still exuded the same charm, elegance and poise for which she was famous on the party circuit in London. 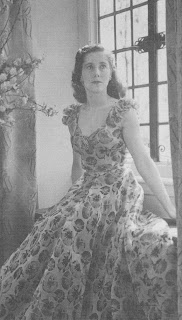 Dressed for a party at River House 1945 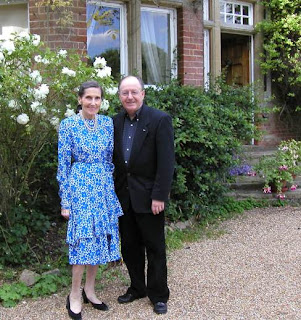 Lunch at Horne Grange, Surrey, June 2002
I lunched with her again at her home in Surrey in 2002 just before that year’s 24 Hour race, and promised her that if we won the next year, we’d invite her to the victory party.
Bentley did win the 2003 race, and Diana joined the guests at the Savoy Hotel, leading a conga line across the dance floor! Then, someone dared her to enter a contest for the ladies who, in their long dresses, competed for the fastest time entering and exiting the winning Bentley racecar! Of course she accepted the challenge, and won everyone’s heart with her verve and spirit. 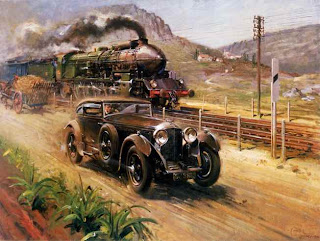 Michael Cuneo's famous painting of the Blue Train race
In 2005, Bentley Motors decided to honour Woolf with a re-enactment of the famous ‘Blue Train Race’ for which he became famous, in 1930, when he beat France’s famed Blue Train from Cannes to Calais. Actually Woolf reached his club in London, before the train reached Calais. 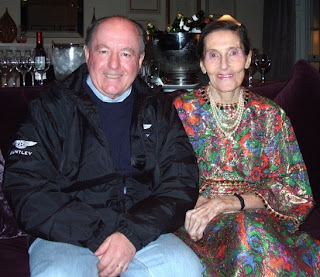 In Berkeley Square, London, October 2005
So I invited Diana to join our team at Morton’s in Berkeley Square when we made it to London. Although by then 87, she really enjoyed the party, entertaining us with tales of her early Bentley-driving days. What a great privilege to call her a friend. 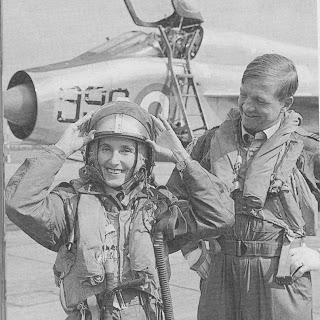 About to break the sound barrier in 1963
Her wonderfully full life ended in April 2008, but as a footnote I should mention that in 1963 she flew an RAF Lightning jet fighter at 1,262mph, breaking the sound barrier and holding (for a while) the women’s unofficial speed record! Like I said she was quite a gal.
Posted by John Crawford at 4:50 PM