My family moved to the extreme southern outskirts of suburban Sydney in 1953 into a street where every house was owned by a former member of Australia’s armed forces, returning from fighting in the Second World War.

Next door to us was a family of five, whose Grandfather was himself a veteran of the First World War. He had done well in business, and on the first Sunday of every month he arrived to visit his young family, driving a seductively-curvy Mark IV Jaguar saloon. It had huge headlights, wire wheels, and was minus the later poncy rear wheel spats (thanks Craig). 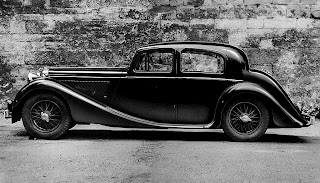 Jaguar Mk.IV
Once I had worked out the timing of his visits, I would perch on our front porch to see the dark green Jaguar glide smoothly up the street and stop outside Number 7. Whilst the grandparents visited the family next door I had plenty of time to take in the stylish lines of this beautiful British car.

Then, a few months later he noticed how interested I was in the car, and offered me a ride around the block. From that moment I fell under spell of the Jaguar marque. Sitting on the leather seat, bolstered by a cushion, taking in the walnut dashboard, the classic steering wheel and the huge circular instruments, this car had personality, and style.

Compared to then-current popular cars, the Holden FX, the Ford Zephyr and Consul, the Jaguar said ‘different’ in a soft, cultured British tone. Then there was the exhaust note, as he drove off down the street. A soft burble, building to a throaty rumble as he moved through the gears.

It wasn’t until 1976, when as editor of Modern Motor magazine, I actually drove a modern Jaguar, the then-new XJ-S coupe, for the first time.

Just over a year later I was appointed Public Relations Manager for Leyland Australia, and one of the brands I represented was Jaguar. This began a new driving career which saw me behind the wheel of literally hundreds of Jaguars over the ensuing 20-plus years. 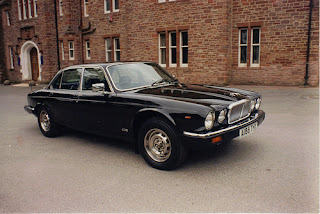 1979 Jaguar XJ6 Series III
My first serious launch event for a new Jaguar was the Series III range in 1979 in the UK, and we drove from Torquay in Cornwall, to the Welcombe Hotel, near Stratford-Upon-Avon. As many Jaguars have been, through the company’s long and tortured history, the Series III was a make or break model.

It was the first serious re-design since Sir William Lyons introduced the first XJ6 in 1968, and the brand needed some stimulus to stay in the game 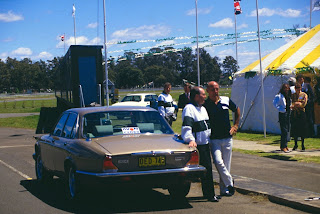 With Stirling Moss, Warwick Farm 1983 (photo-Les Hughes)
In Australia we developed a program linking Sir Stirling Moss with Jaguar, taking current and prospective owners for laps of race circuits in every state. It worked! We took Jaguar to new sales records in Australia, before it was again time for a new model.

Then, in 1980 at a test day in an XJ-S coupe at the Gaydon Proving Ground in the English Midlands, I reflected on my introduction to, and my opinions of the marque. 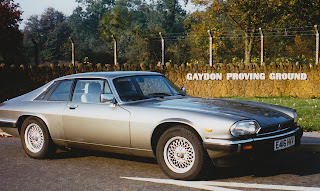 XJ-S at Gaydon, Warwickshire 1980
What was it about this brand, which had formed a preconception in my brain that I was destined to like this car, and appreciate its qualities? Without a doubt it was wood and leather, the slinky styling, the handling and road-holding, and that soft rumble from the exhaust as it cruised along the M45 Motorway. 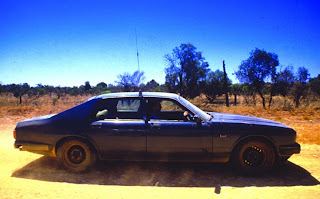 XJ40 testing in western NSW, 1984 (photo-Les Hughes)
In 1984 Jaguar chose to send a half dozen new cars, codenamed XJ40, to outback Australia for dust and durability testing. I spent many hours ‘Back of Bourke’ helping drive prototypes to destruction. This test program resulted in many changes, which improved the production models. 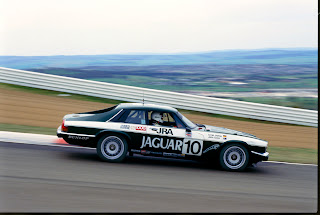 Jaguar XJ-S victory at Bathurst, 1985 (photo-les hughes)
Bathurst, 1985, and JRA (formerly Leyland Australia) funded the entry of three TWR-built XJ-S coupes in the James Hardie 1000, and John Goss and Armin Hahne crossed the line in first place. After that victory we sold out of XJ-S coupes for two years!

A year later we launched the XJ6 in Australia, with a fleet of 10 (XJ40) press cars. 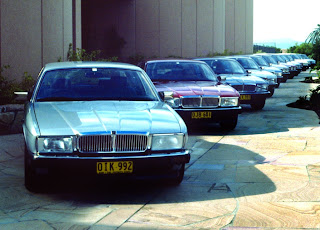 Jaguar XJ6 launch, Surfers Paradise 1986 (photo-Les Hughes)
We continued our very successful relationship with Stirling Moss, taking the new XJ6 around Australia to meet existing and potential customers, and in Queensland a local policeman, who stopped him just to ask the obvious question. 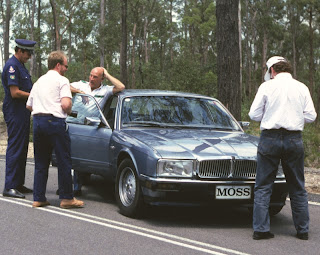 Stirling Moss meets the Law, Queensland 1987 (photo-Les Hughes)
Then we took a group of Australian journalists to Le Mans in 1987 to witness Jaguar sports cars win the 24 Hour race and return to the podium for the first time since the 50s. 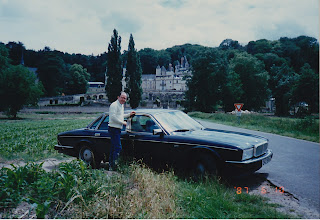 Jaguar XJ6 in Loire Valley, France 1987
I drove one of the new XJ40 sedans from England to France, and took some time out to tour the Loire Valley chateaux with my journalist friends, Peter McKay and Alan Kennedy.

The race win boosted Jaguar’s fortunes in Australia, and around the world, but that still wasn’t enough to secure Jaguar’s long term survival.

Ford’s acquisition of Jaguar in 1989 saw me take a new job, as Vice President of Public Relations at Jaguar North America, to try and re-build the image of the brand in that very competitive market. 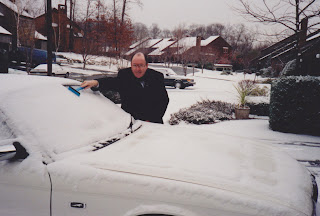 Snow clearing before heading to the office. Mahwah, NJ, winter 1992
From just 9,000 sales in 1991, Jaguar soared to 22,000 a year in the USA by the end of 1994. In 1995 Jaguar launched the new X300 to much acclaim, but from that point Ford’s management of the marque became very inconsistent, with a revolving-door of both Chairmen and senior managers, who were more intent on climbing the Ford corporate management ladder, than actually building and maintaining Jaguar’s integrity.

Finally, facing crumbling fortunes at the height of the GFC, Ford sold the business to India’s Tata Group in 2008, a move which seems to have ‘saved’ Jaguar, yet again, from the ignominy of total destruction and disappearance from the automotive scene. 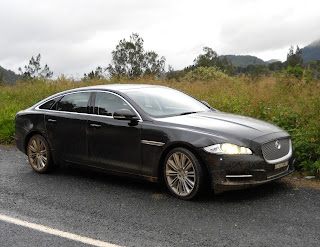 Jaguar XJ, Mount Warning NSW, December 2010
The latest Jaguar XJ was started under Ford ownership, but Tata is reaping the rewards of a successful new model. Driving the new sedan in Australia, in late 2010 I was again impressed by how the British engineers had created such a beautiful road car underneath Ian Callum’s stylish new design. 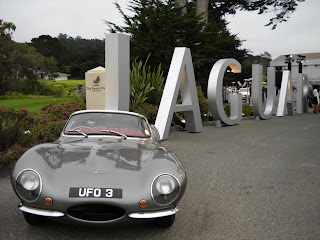 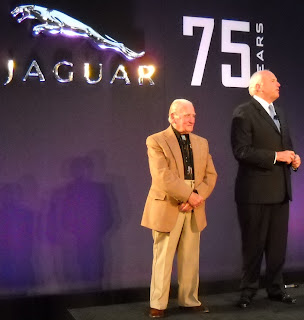 Norman Dewis (L),﻿ Gary Temple (Pres.-Jaguar North America) 2010
The best news, however, is that Tata is investing in the future of the company by signing off on a brilliant new concept car, the CX-75. Whilst it may never be built in its current form, the fact that Tata approved millions to bolster Jaguar’s cred with a high performance electric-powered sports car concept suggests the venerable British brand will be with us for some time. 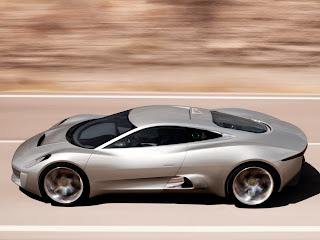 Jaguar CX-75 Concept Car, USA, 2010
And that’s good news for the boy sitting on the porch, mooning over a glorious Mark 5 all those years ago.
Posted by John Crawford at 8:38 AM