Diesel? Just Do It!

Here’s a good idea! Let’s immediately embrace a greener future for motoring. We could use engines which utilize existing technology; fuels which are readily available, and we could also lower costs to consumers - and let’s do it now!
Pie in the sky? Or remotely possible?  It's definately possible!
It’s simple, we follow the European model. First we ensure that the oil companies produce proper ‘Clean Diesel’ fuel as they are legislated to do in Europe; then we cut the tax excise on diesel fuel (helping car owners and truckies); then we cut the sales tax on cars with diesel engines which produce 120g CO²/km (or less) of carbon. 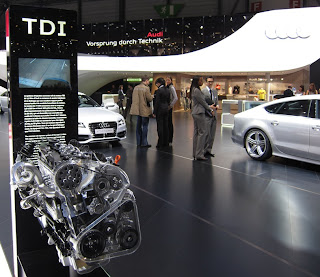 Forget about the $6.2 billion Green Car Fund - that was a stupid idea anyway. Put that money, or some of it, into the abovementioned measures and overnight you would have a greener car scenario.
It’s quite clear that car buyers do not want to pay a premium for car technology that does not deliver ‘green cars’ economically. Also, battery electric cars (BEVs) which are recharged from a power grid fueled by coal-fired power stations are a dumb idea for Australia. Then, there's 'Range Anxiety', a big problem with the distances we drive.
Every car manufacturer currently selling cars in Australia could offer fuel-efficient diesel models tomorrow (well, next year maybe). Most of these cars already have to meet Europe’s more stringent emission regulations, and produce much lower carbon emissions today, than any of our Australian-built cars.
Efficient diesel engine technology is available now! Clean diesel fuel could be available very quickly, and if we offered the public some financial incentive, and a good reason to embrace a solution like this, we could be actively lowering automotive emissions within two years.
Also, if the government ‘artificially’ lowered the price of diesel fuel this too would have a positive impact on transport costs, benefitting supermarket consumers and truckies, as well as car owners.
The trouble is, this idea is so simple, and reeks of so much common sense our leaders might be unable to recognize its value, and miss a golden opportunity to act both positively and decisively.
Sure, diesel comes from oil and that supply is finite. But, while the car industry is working furiously on new technologies, switching to diesel now would give us far better (economic) use of available oil supplies, lower the cost of motoring immediately, and create a bigger time buffer for new technologies to be refined, and be more affordable and cost-effective.
New technologies are gradually coming to market now, but virtually all of it is immature, and very costly. Look at the sales of the Toyota Camry Hybrid - they are nowhere near what Toyota promised. Why? Because car buyers won’t pay the premium, and they don’t get a payback across the average ownership life!
I’d like to see Labour, the LNP and the Greens get on the same bandwagon together and (acting like statesmen instead of petulant political pointscorers) embrace this idea. The local car industry would grumble, but they would all welcome a cohesive, coherent and defined policy, which could become semi-permanent, giving them security for their planning and marketing. 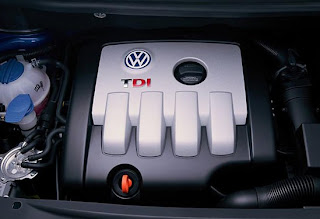 Even without financial incentives diesel cars are already becoming more popular with Australian car buyers. Imagine the explosion in acceptance if there was not only a financial benefit, but sensible, rational reasons for doing it! The public are smart enough to recognize a good idea, but are our leaders?
Posted by John Crawford at 2:35 PM