One of the delights of ‘ambling’ through the Geneva Auto Salon, passing by the mainstream manufacturers, is the surprise of discovering a hidden gem from one of the few remaining independent Italian carrozzeria. 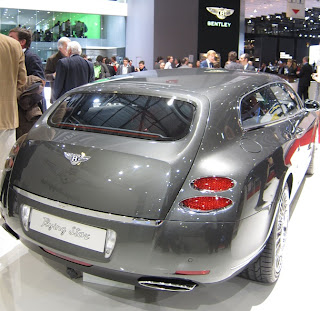 Just across from the official Bentley display was a stand from Carrozzeria Touring Superleggera, which has been based in Milan since it was founded in 1926 by Felice Anderloni and Gaetano Ponzoni. In Italian ‘superleggera’ essentially means ‘super light weight’ and it is in this area of personally-commissioned coachbuilding that Touring Superleggera has excelled.
The company’s history is populated by some memorable designs, and this year in Geneva it showed two beautiful examples of its current work. 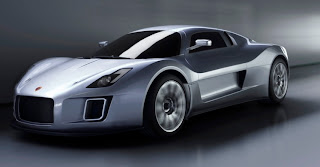 The stunning Gumpert Tornante, which is a low and sexy sports coupe; and the Flying Star, a Shooting Brake created by adding a hatchback to the donor car, a Bentley GTC convertible.

The Flying Star begins production inside a ‘reference cage’ and lightweight panels are crafted and fitted by hand.

For further weight reduction the company is currently studying the use of carbon fibre for the hatchback, rear wings and the complete roof section.
The interior is trimmed in a stunning red leather, beautifully finished
and presented. 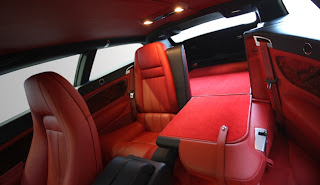 Whilst the design of the Flying Star happened outside the Crewe studios, Bentley styling director Dirk van Braekel and his team acknowledge the skill, sophistication and finish of the car. The Flying Star can be serviced by official Bentley dealers.
Touring Superleggera says it has orders for 19 Flying Star Shooting Brakes. 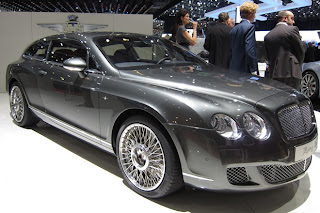 Throughout its history Touring Superleggera has produced many gems, built on chassis from Alfa Romeo, Aston Martin, Lancia, Maserati and now Bentley.

1956 Aston Martin DB2-4 Spyder
Probably the highlight model was the Ferrari Tipo 166 Touring Barchetta shown in 1950. It became a milestone in the construction of a light, elegant and effective design on a competition chassis.
﻿
﻿

Unsurprisingly the company faced difficult challenges, and in 1966 was forced to close its doors, however in the year of its 85th anniversary, it has restarted its activities, now part of Zeta Europe BV, a private company specializing in high-end products and brands.
Touring Superleggera now has a healthy order book for both Gumpert Tornante and Flying Star commissions, and is also expanding its business by providing complete design services to car manufacturers.
﻿
﻿

It’s truly pleasing to see a revered and respected Milanese carrozzeria returned to its rightful place at the 2011 Geneva Salon, among the latest creations of the world car industry.
Posted by John Crawford at 2:23 PM