This week’s announcements of Kim Carr’s success in Detroit in obtaining future funding from Ford and GM for their Australian manufacturing activities should probably be applauded. However, like the inevitable Greek debt default, it’s just kicking the stones a few more metres along the road.

Fairfax business journalist Ian Verrender is correct when he opines the Federal and State governments are tipping taxpayers money into a bottomless pit, but he’s a dedicated business journalist.
The Australian’s automotive writer, the respected Philip King takes a more balanced, albeit car industry-centric approach, when he writes that the death of Australian car manufacturing is not imminent, but that it is inevitable.
However, for the 60,000 or so people employed in dedicated car making, and the supporting automotive component parts industry, it is nonetheless welcome news. But those people, and the Federal and State governments need to start thinking right now, about what happens after 2017. Face the fact - after that date we will NOT be able to sustain full-blown car manufacturing. What do we do with all these experienced and talented people?
The governments are right to be worried about job losses, so they need to be developing a road map in concert with the major companies.
Here’s a plan. Last year the authoritative automotive newsletter Go-Auto devoted almost an entire week’s edition to highlighting talented, inventive and visionary Australians leading the technology advances in parts and components. We recognise that we already have those same skills in automotive design and engineering, residing inside the major car makers.
Why doesn’t Australia set itself a course for developing a series of small, niche automotive design, and production companies which could sell their expertise around the world? We have a hotbed of people with vision, expertise and energy who could fuel such a plan.
It is far easier for governments to support a range and number of small, specialist companies developing ideas and projects which would be of use to car companies in China, Japan, Germany, Italy, Korea and the USA, as well as in automotive countries like Brazil, India, Thailand and Indonesia.
Let’s admit that car manufacturing as we have known it since 1950 is going to die, and begin developing the strategies to absorb all these talented people into a globalised, high-tech group of companies creating ideas for future mobility. This also opens up opportunities for schools and tertiary colleges to develop upcoming genii to grow into jobs in this range of companies.
Many years ago in France I uncovered an overt plan between Automobiles Peugeot in Mulhouse, and the education decision-makers in the Montbeliard region, to ‘design’ their curriculums  to ensure the colleges and university turned out graduates with expertise and diplomas aimed at getting a job with Peugeot (or even other car companies). This marriage of needs and training worked fantastically. The car companies got graduates whose talents fitted their needs. The tertiary institutions grew, the car companies benefitted of course, but the community came out a winner too - by offering jobs which, more importantly, kept talented, increasingly wealthy young people in the region contributing to the local tax base.
My plan suggests that we don’t even need to localise this range of high-tech, niche companies in the accepted auto industry towns and cities. Indeed, they could be located anywhere in Australia, serviced by the fibre-optic NBN, and putting a lot of emphasis into an important part of the business community - ‘small business’.
There’s no reason Australian cannot remain deeply involved in the mainstream of the automotive industry of the future, not just in car-making - which we know is going to be dead here after 2017.
Let’s invest in people, and a diverse range of skills, ideas and innovation which makes Australia a really clever country!

Senator Kim Carr is the latest champion for Australia's car industry of which the Labor Party can be proud. Some may think he's misdirected by pouring so much energy into retaining car manufacturing in Australia, but it's a fact he has worked tirelessly to try and protect thousands of skilled jobs.

Many years ago another Labor senator brought rational debate and innovative solutions to help that same thrust, protecting jobs, by defining a path for car makers which made them competitive and confident about investing in Australia. The man was John Button, and Australia should never forget the important contributiomns he made to this important industry. 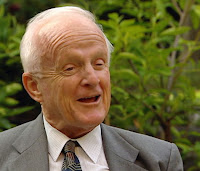 Posted by John Crawford at 9:54 AM