So Mazda will provide the basics for the next Alfa Romeo Spider! Is this a good choice? 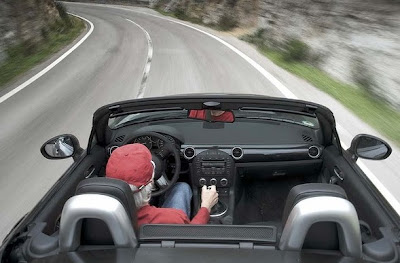 
Let’s look at Mazda’s sports car design and production credentials. With almost one million MX-5 roadsters on the world’s roads, it’s a fact that this car is a winner - of hearts, minds and competition trophies. It’s DNA began creation as a the ‘idea’ of a pure sports car. This was no cheap hatchback, modified for use as a roadster - it was specifically-designed for the job and the team which produced it, did so with impressive integrity of purpose. 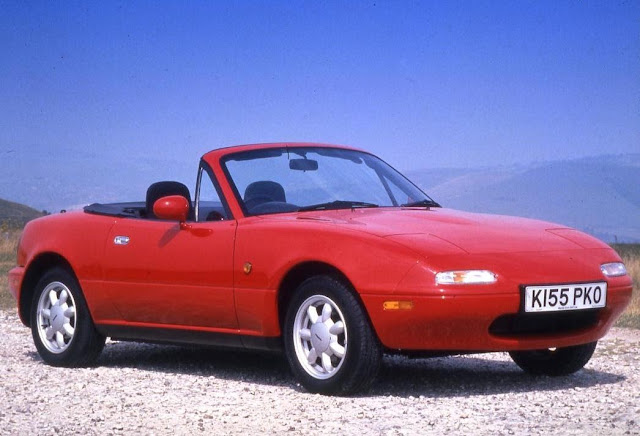 The popularity and commercial success of the car has of course generated many ‘fathers’ of the concept - but, I turned to my good friend Bob Hall for real facts.


In 1978 Bob Hall, then an automotive journalist with MOTOR TREND, was on a private visit to Japan. Like many of us, whose automotive industry careers started as auto magazine journalists, Bob had begun close friendships with senior industry figures, in this case, the head of Mazda’s Product Planning department, Kenichi Yamamoto. During the visit Yamamoto-san asked Bob what sort of cars Mazda should look at building, to expand its model portfolio. Bob suggested a very basic, wind-in-the-hair, low-cost sportscar like the iconic British marques.

In 1980 Mazda hired Bob Hall for its Californian design centre, and whilst working on some more mundane, but commercially vital models, Yamamoto, who by then was Chairman of Mazda, reminded Hall about his sports car idea, and suggested he get serious about the project (but, only as an after-hours job).

After a few back-of-an-envelope sketches, the first concept design was produced by Mark Jordan and  Masao Yagi. Despite alternative ideas, thrown in by two other teams, it was the Jordan/Yagi design which became the NA Mazda MX 5. During the viewing of the model (below), the team removed the hardtop, and the leader of a competing team said: "Let's build this one!"

The production engineering was led by Mazda’s highly-respected product development chief Toshihiko Harai. The detailed chassis and suspension work was done by Takao Kijima, who went on to develop the later NB and NC versions.


Many of us reckon the Lotus Elan must have been a great source of styling ideas, because the first NA model certainly emulated many of its design characteristics, but Bob Hall says that was almost coincidental. The design team certainly used inspiration from cars like the MG A, MG B, Sprite, Austin Healey and Triumph Spitfire, but as Bob Hall said, if they slavishly followed those design cues the car would never have enjoyed the popularity it did, for being different.


In any case, the Lotus Elan was already relegated to a niche in the sports car market, and was relatively more expensive, so it did not enjoy the sort of mass appeal of the more familiar British makes. That alone gave it a sort of snob appeal, so being ‘like’ the Elan is faint praise really. 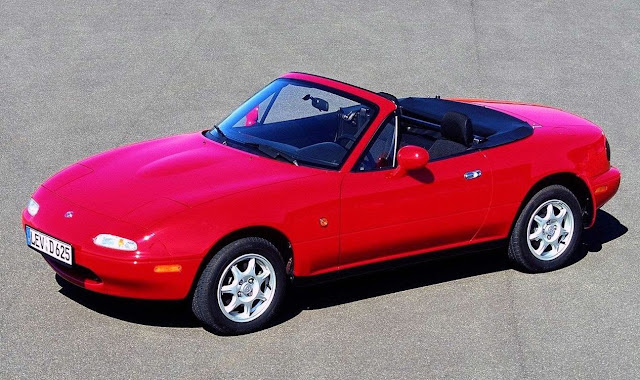 I’ve spent many hours driving MX5’s in Australia and the USA, and it is a great car, with real sports car blood in its veins. So, combining Mazda’s excellent Skyactiv technology with Italian design and handling traits can only mean that Alfa Romeo made a great choice when it was decided to team up with Mazda.

Thanks, Bob. I think you guys did a swell job!

Posted by John Crawford at 5:29 PM