For those who don't have the opportunity and pleasure of attending the Salon International de l'Auto in Geneva each year I will tell you that it's the most important global auto expo of any year you care to mention. 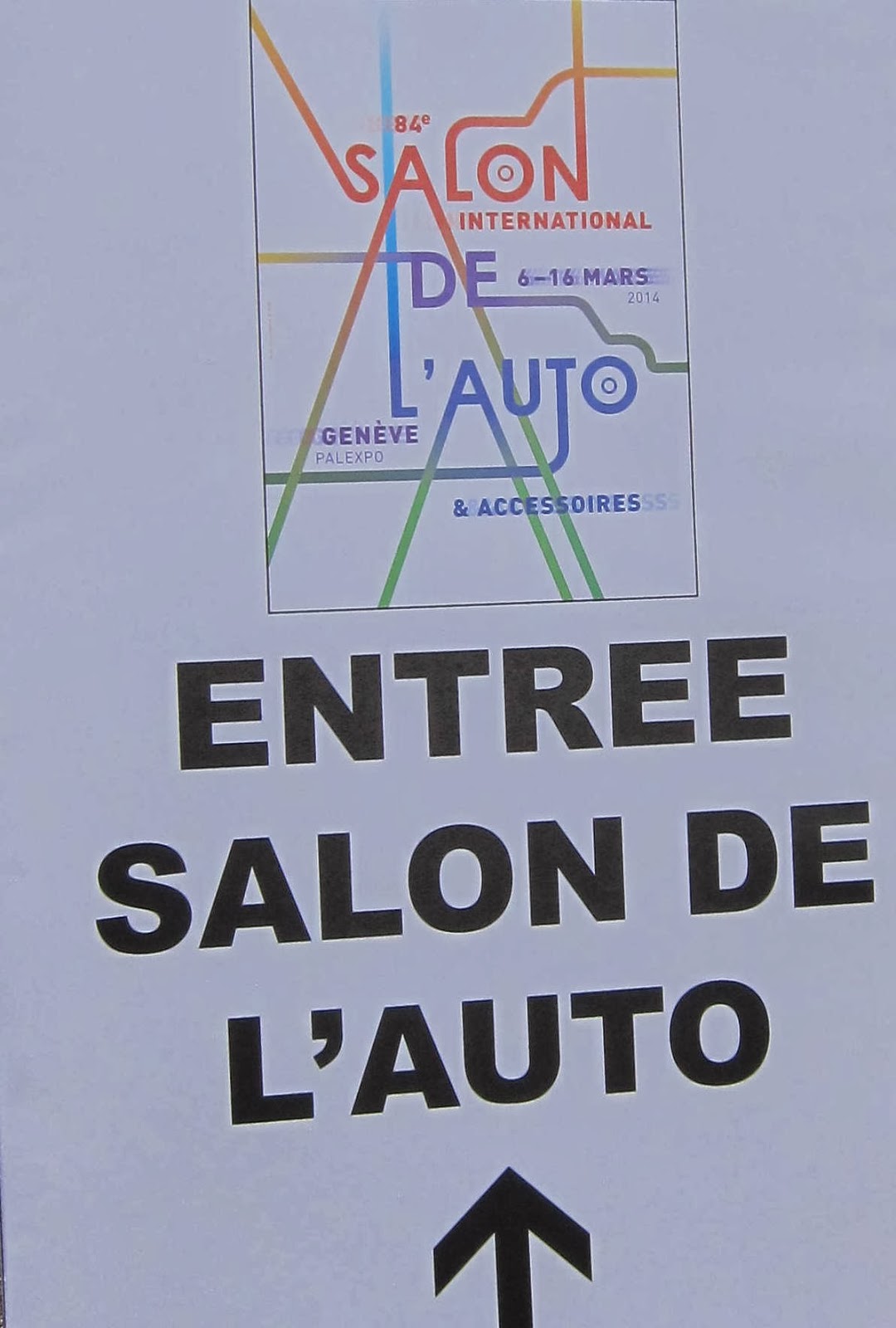 In Europe it's the first motor show in the Spring, although that's hard to assimilate with when you're standing in the taxi queue at the end of the first Press Day with snow falling on your head. 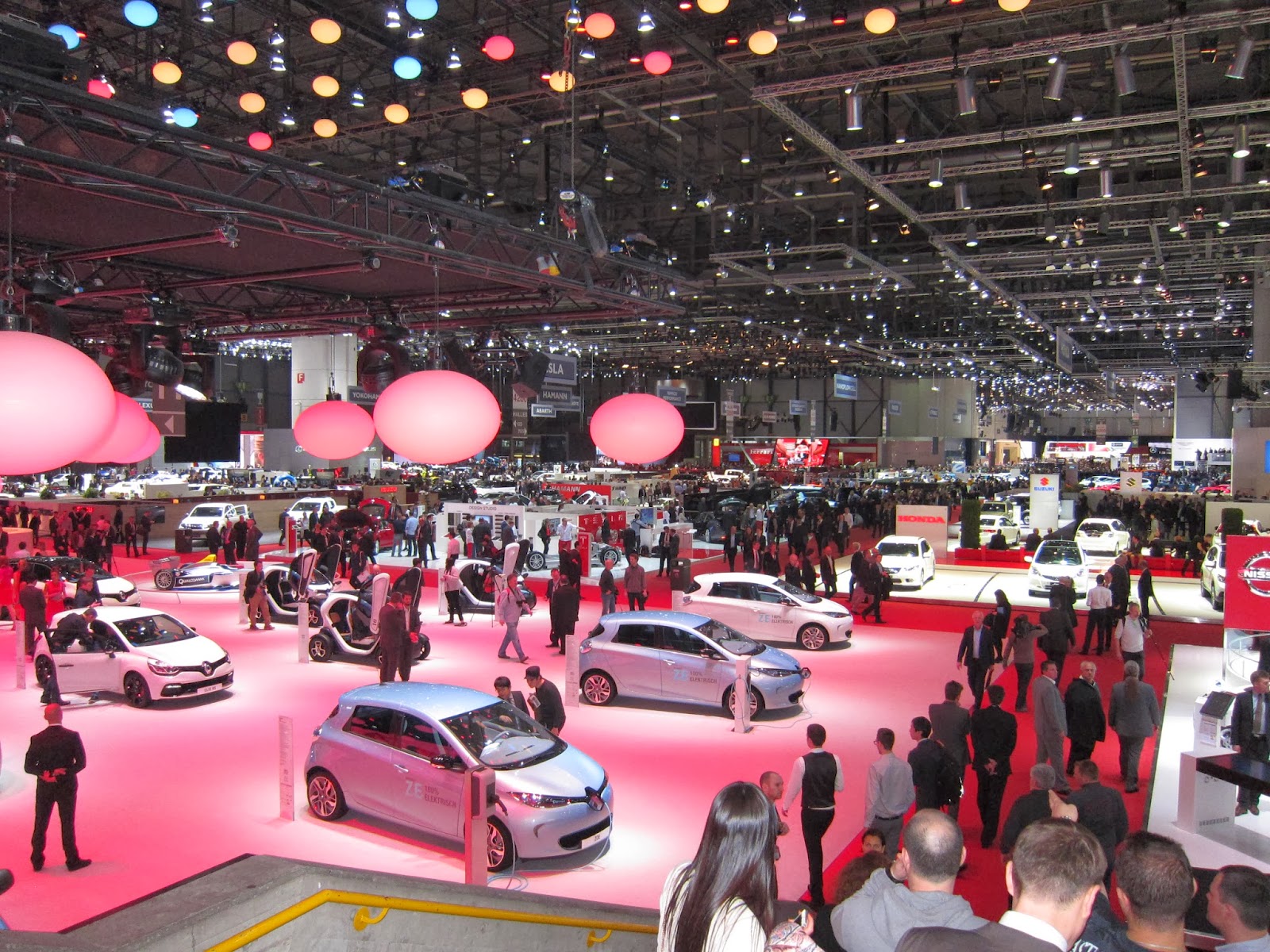 Never mind that other auto shows (Los Angeles/Detroit/New York/Paris/Frankfurt/Tokyo) will advertise they had the most AMAZING new car reveals. Geneva is where the entire global automotive industry - executives, designers, engineers and journalists gather during the first week of March every year.

Press Days are always Tuesday and Wednesday, but all the hoopla takes place on the first day. Since I can first remember going to the Geneva Show I have been fortunate to be able to dine at the Café de Paris on the evening of the first (Tuesday) press day. 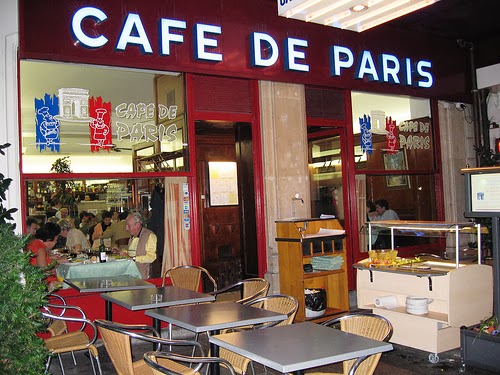 It has been something of a tradition for most of Europe's senior designers to gather at this restaurant in the centre of Geneva, where there are NO reservations, and you line up outside waiting for a table, until diners depart.

The menu consists of ONE offering - chopped salad, fillet steak and pommes frite. You can add red or white Swiss wine, and maybe a dessert, but that's it! 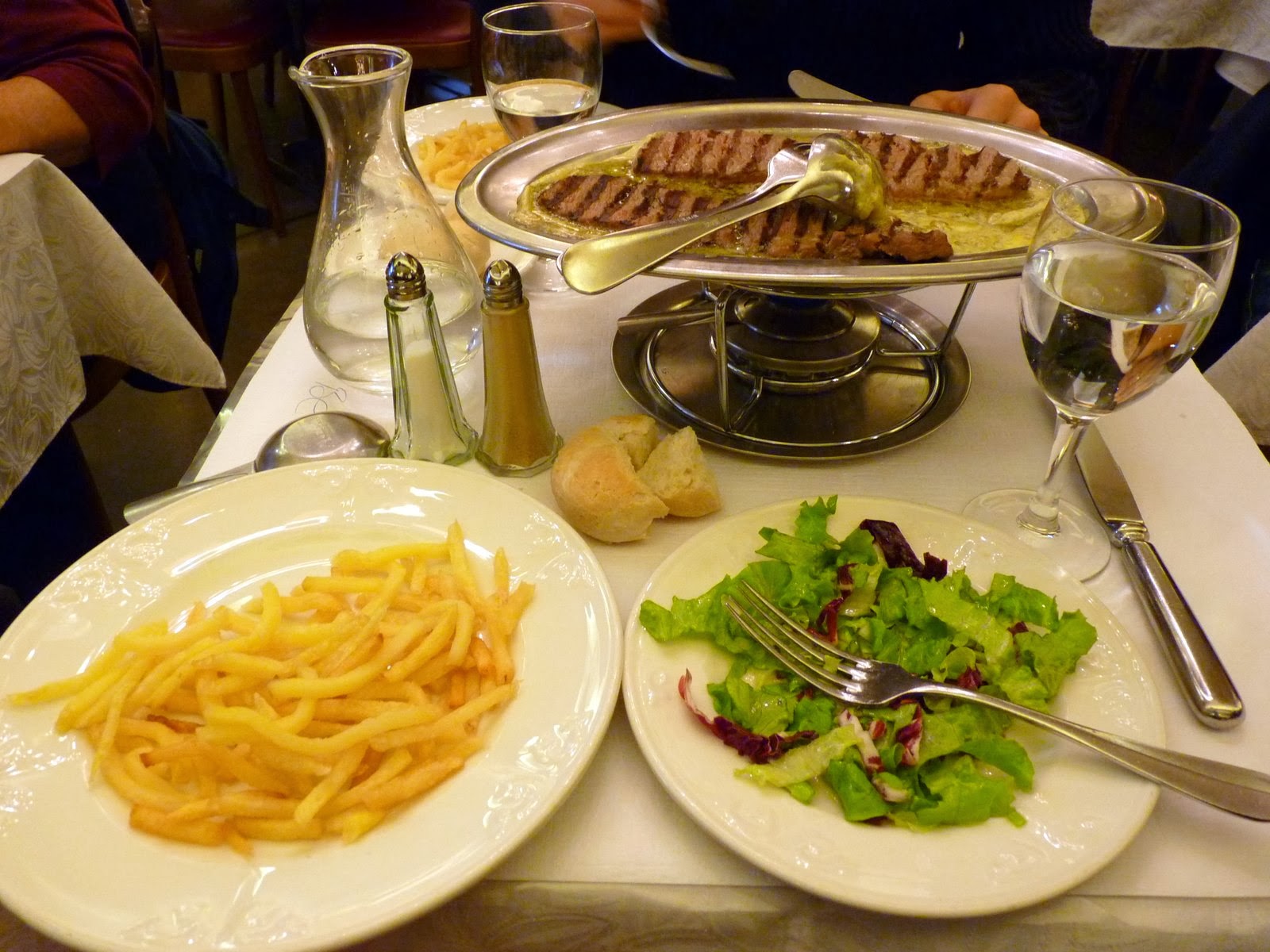 This year, corporate pressure ensured that many of the senior designers were forced to attend their own corporate launch events, so the diners included only a small number of the regulars. 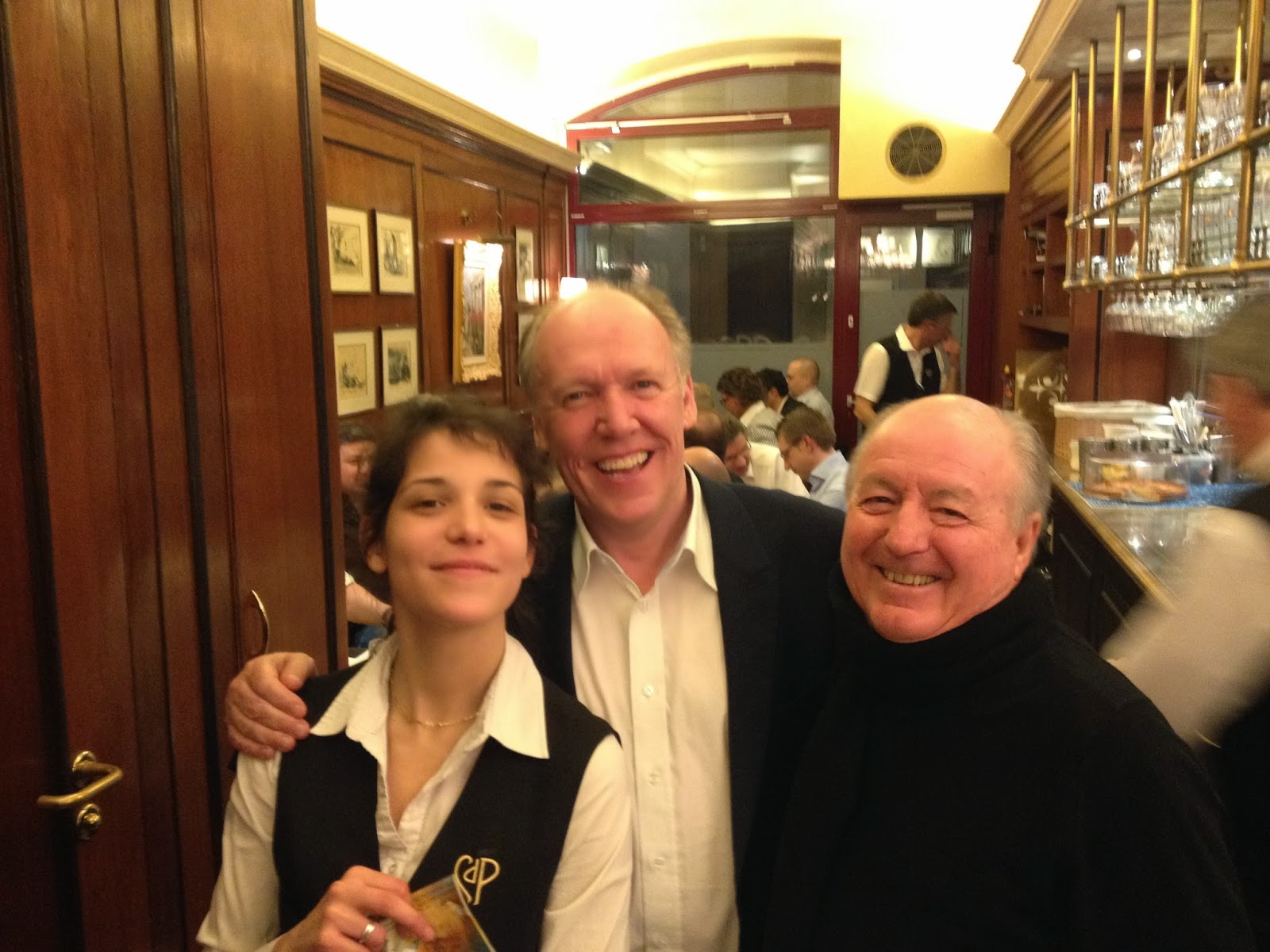 However, I managed to catch up with Ian Callum, Jaguar's Design Director, who was bubbling after all the deserved congratulations accorded to the F-type coupe - one of the stars of the Salon. 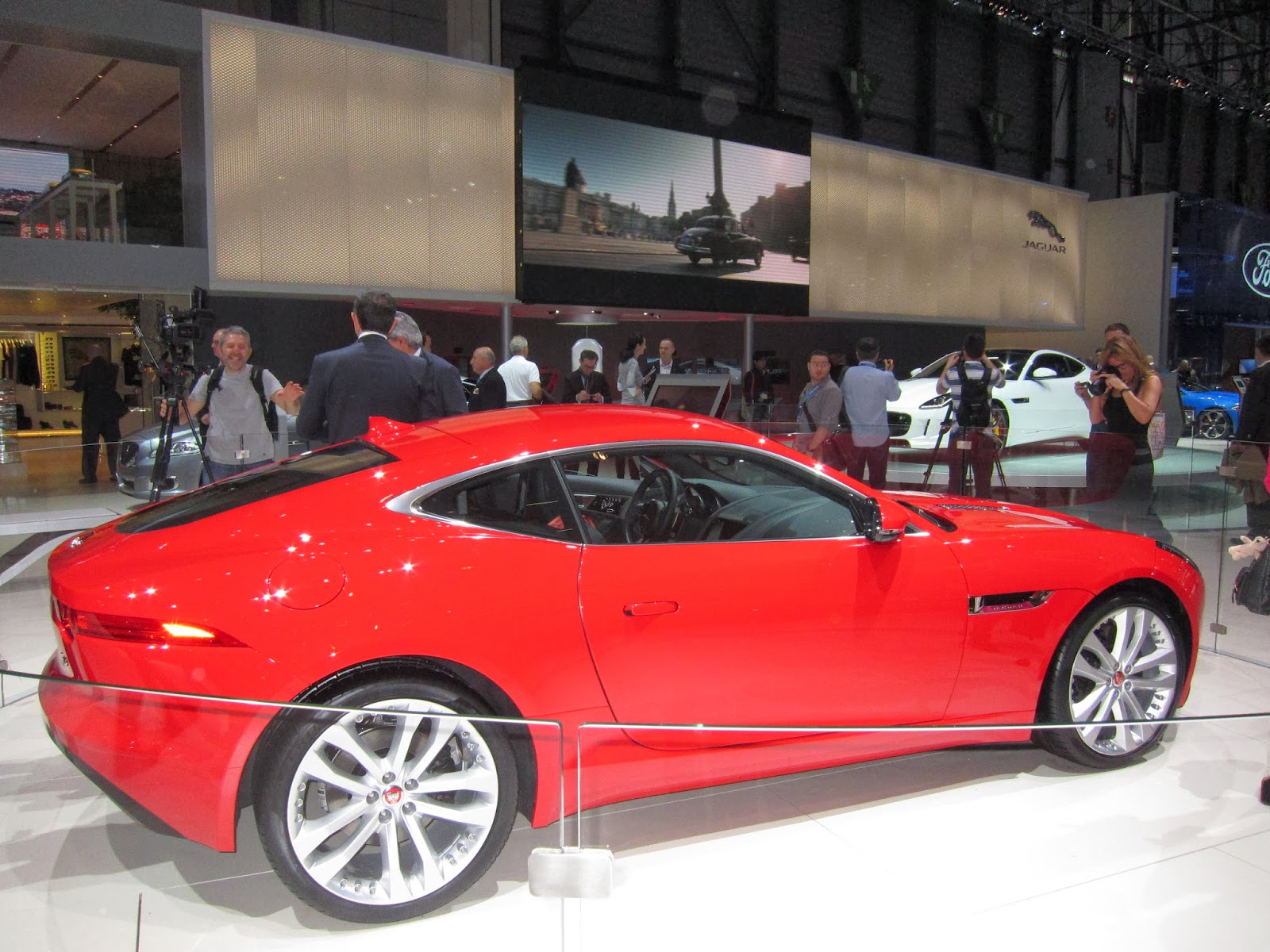 Also dining at the Café de Paris was my good friend Peter Horbury, who for many years guided the styling of Volvo's latest cars. Since Geely took over Volvo, the Chinese company realised what a gem they had in their employ, and he has now been appointed Design Chief for Geely. You can expect its cars to suddenly become mature designs and assist Geely's global expansion plans.

This year, the weather in Geneva was mild, but the activity from the car manufacturers' was at 'frenzy' level as they competed for the attention of the more than 2500 journalists who attend the Salon.

Posted by John Crawford at 5:27 PM