The Tesla Model S may be the latest design from the pen of Franz von Holzhausen, and a mighty beautiful piece of automotive art it is.

So I think it’s worth looking back over the 46-year-old's career and the designs he has had a hand in.


It’s a very impressive portfolio of concept and production cars.


Maybe a name like von Holzhausen doesn't sound as American as apple pie, but he’s a native of Simsbury, Connecticut and he pops up in the car design world at Volkswagen in the early 90s.

When VW gave the green light for the Concept One design study to become the New Beetle, it not only put American designer J Mays under the spotlight, but young Franz too – who was just 26 at the time.
﻿﻿

Unsurprisingly, the wildly-successful Concept One can claim many fathers, including J Mays, but also Freeman Thomas, Peter Schreyer and young von Holzhausen – who was responsible for taking the 1994 concept car through the cycle from styling concept to mass production.


Then in 1995 he again worked with J Mays and Freeman Thomas on the Audi TT.

Franz moved on to General Motors to be a chief designer under Wayne Cherry and produced the stunningly beautiful Chevy SS concept in 2003.


His next success came with a car which Bob Lutz enthusiastically pushed through all the concept and marketing studies, to become the lamented Pontiac Solstice/Saturn Sky roadster. The car sold well, but it bit the dust when GM shut down the Pontiac division in 2009.

In 2005 von Holzhausen moved to the top design job at Mazda, no doubt assisted by J Mays (at the time Ford held a 35% stake in the Japanese company).

His first concept car was the Mazda Kabura, designed in Mazda’s Californian design studio, debuting in 2006.
The following year, a stunning ‘crossover’ bowed in North America, not an SUV, but the Mazda Furai – a combination road/race car built on a Courage sports/racing car chassis with scintillating looks, and the performance to match.

Franz departed Mazda in 2008 to become chief designer for Tesla, and is clearly completely in sync with the company founder, Elon Musk. Both men proudly fronting the Model S intro in 2009.


Demand for the Model S hatchback is outstripping supply, and von Holzhausen’s next project, the Model X SUV looks like being another winner. It will, according to Musk, feature a completely different electrification and drivetrain concept. 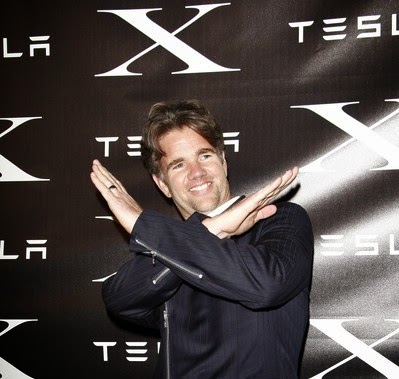 It’s pretty obvious that Franz von Holzhausen is a very clever and talented car designer – who knows where his next challenges will be. 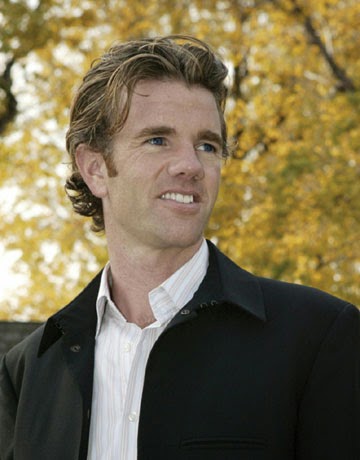 Might I humbly suggest that Sergio Marchione, Chairman of FIAT CHRYSLER MOTORS snaps him up to design the next range of Alfa Romeos!
Posted by John Crawford at 4:44 PM