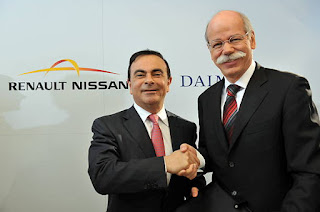 The much-vaunted joint venture policy (marriage?) between Mercedes-Benz and the Renault-Nissan-Mitsubishi Alliance appears to be over just a few years after Carlos Ghosn and Dieter Zetsche shook hands on the deal in 2014.

It’s not exactly a divorce, maybe just a ‘cooling-off’ decision between the marriage partners. The JV resulted in the construction of a USD$1 billion dollar joint manufacturing factory in Aguascaliente, Mexico, intended to manufacture Mercedes GLA, and its Nissan alternative, the Infiniti Q30 and Q30X hatchbacks. 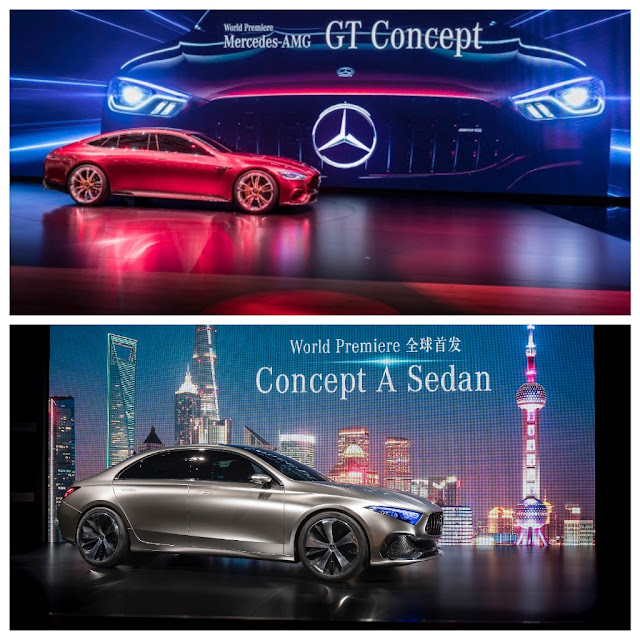 The new model was unveiled in two locations in 2017, first as an AMG-designed GT concept at the Geneva Salon.


And then as the Concept A sedan, in Shanghai a few months later.

As later photos show, it's a thinly-disguised production model. 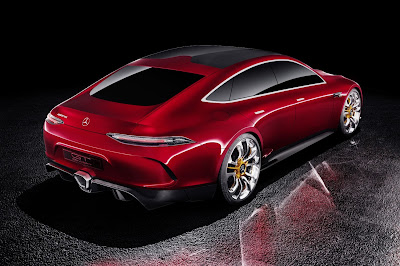 If the AMG production version looks anything like the concept, then Mercedes-Benz has backed another winner in the compact car sector.

The A-Class (hatchback and sedan) is built on a new platform, codenamed MFA2. That platform is also due to underpin a new, smaller Mercedes-Benz SUV.

My Nissan insiders said a new premium Infiniti sedan, built on the MFA2 platform, would have been badged Q40, and also that car could even be ‘stretched’ to become a replacement for the ageing Q50.

However, in a statement late last year Carlos Ghosn announced that due to Infiniti’s lack of global sales growth, the Alliance would cease manufacturing the Infiniti clones, because of the high cost of using Mercedes-Benz engineering technology and German-designed manufacturing tooling.

It’s certain that the sales targets set by Infiniti (to justify the JV) were simply too aggressive. However, one of my closest friends in Germany tells me that the truth is that Mercedes-Benz denied Nissan access to the MFA2 platform. 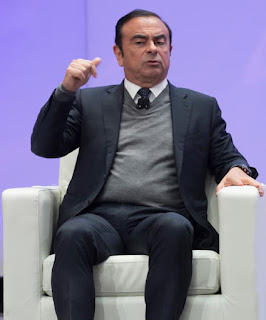 The Carlos Ghosn version, as told to AUTOMOTIVE NEWS is: "The collaboration with Mercedes is going very well," he said.

"Obviously, because it is a development platform, it will change. So yes, we started with this platform, then we discovered that it isn’t the best, so we change platforms.

"It’s just that we try to optimize as much as possible for the consumer. The collaboration will continue."

However, the end of the JV is likely to financially impact not only the viability of the brand new facility in Aguascaliente; but also Nissan’s large facility in Sunderland, England, where it invested USD$306 million in Mercedes-Benz tooling to built the Infiniti Q30/Q30X.

UK sources tell me that Nissan intends to write-down the complete cost of the investment.

North America is still Infiniti's strongest market, selling a record-breaking 138,293 vehicles in 2016. However, in the rest of the world the brand struggles to survive in the brand-conscious premium market.

The success of Toyota’s Lexus division is also another bone of contention in Nissan’s Yokohama Boardroom, especially impacting investment decisions for any future Infinitis.

Driving the Infiniti brand to bigger volumes in the USA, where it is best known, absorbs huge amounts of incentive dollars to keep sales ‘on the boil’, whilst Toyota has skillfully guided Lexus to be appreciated as comparable to European premium competitors, and achieved far greater prominence worldwide than Infiniti.

Another joint Nissan-Mercedes project that bit the dust a year or so ago was for a potential replacement for Nissan’s ageing 370Z sports coupe/roadster. There had been discussions that perhaps one of the sketches you see below could have been built on a brand new Mercedes-Benz SLK platform, and maybe also built at Aguascaliente, but M-B has now said there will not be a replacement for the SLK. 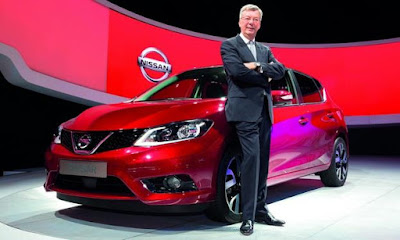 If Nissan wants to replace the 370Z, it will have to come up with the funding all by itself.

That would be hard to justify. As I reported previously, Nissan’s Planning Manager, Phillipe Klein (right), has said that the Z-car sells into a rapidly-shrinking market segment, and although there are many sports car enthusiasts among the Nissan engineering ranks, the business case for a new Z-car is very weak.

I must also mention that an important element of the JV was for Mercedes-Benz to produce 2.0L petrol engines at its plant in Tennessee, to be used in future Infiniti and Nissan models. That deal continues for the moment.

Again, according to AUTOMOTIVE NEWS, “The setback may also show the limits of Ghosn's consensual approach to economies of scale as head of Renault, Nissan and Mitsubishi, whose 18-year-old alliance is underpinned by significant cross-shareholdings.

“The slow pace of integration has contributed to upheaval at the recently created alliance powertrain division, charged with converging Renault, Nissan and Mitsubishi engineering.” 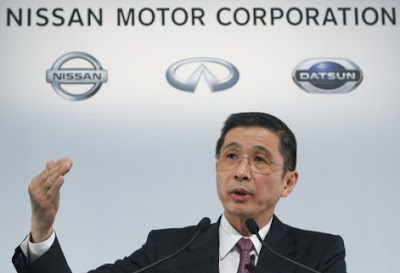 Also since Carlos Ghosn handed over day-to-day running of Nissan to new CEO Hiroto Saikawa (right) another bump in the road has become more difficult to contend with. There is significant pushback by Nissan and its senior Japanese executives to Renault’s vice-like control of the Japanese carmaker.

Now the French-Japanese relationship is also looking more like a broken marriage, as the Japanese attempt to assert greater control over decisions involving Nissan-Infiniti, despite the success of the Renault-derived, cross-brand CMF platform (Common Module Family).

As I reported in DRIVING & LIFE in October 2016: “As of this year, more than 1.7 million different vehicles in the Alliance's catalogue will be built using CMF. By 2020 more than 70% of Alliance vehicles will use CMF. According to Ghosn, CMF will cut purchasing costs by 30% and cut 40% from overall engineering expenditure.

A major opportunity which may have existed for the Renault-Nissan Alliance was to 'export' the CMF concept beyond its own vehicles - and that's where CMF may have been attractive, even to a giant like Mercedes-Benz, which at present does not widely utilize modular architecture.”

Just as we were getting used to joint ventures of this scale, the rift between the Alliance and Mercedes-Benz reveals that partners with significant differences in their balance sheets may not always be totally compatible.

No one would doubt the quality and excellence of any engineering produced by Mercedes-Benz, but such high quality comes at a price, and it’s obvious that a large scale carmaker like the Renault-Nissan-Mitsubishi Alliance would have difficulty absorbing the high cost of M-B’s contribution, spread across price-sensitive vehicles competing for volume in the highly-volatile mass market. 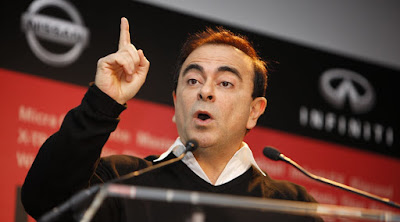 That situation is even more alarming when it comes to asking Infiniti to accommodate high cost tooling and components, given its relatively low overall volumes, and its virtual invisibility in the broader global market.

The Alliance-Mercedes joint venture may have seemed like a good idea at the time, but when financial reality rears its head, pragmatists like Carlos Ghosn need to intervene to protect the base viability of the Alliance partners.

One of my former European colleagues tells me: "Despite the ‘cooling off’ period, Zetsche and Ghosn remained ‘committed to seeking out economies of scale where they may make good sense." 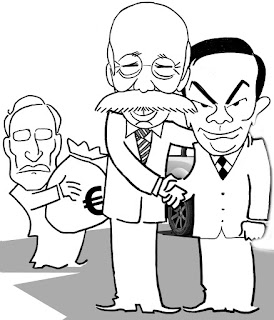 Sounds to me like a clever Renault PR guy authored that sentence.

It’s a fact the big bag of Euros, stashed under the bed at Mercedes-Benz are more plentiful than Carlos Ghosn’s cash pile, so I think while good intentions remain, we have probably seen the last Infinitis based on Mercedes-Benz platforms.

(Sketches and cartoon by Brendan Akhurst: www.oakwoodart.com.au)
Posted by John Crawford at 4:00 PM