There was always been 'talk’ of a four-door Porsche, but many Porsche enthusiasts, who detested the 924 and 928, figured Stuttgart’s vier Türen Paket (four-door package) would be an ungainly lump. 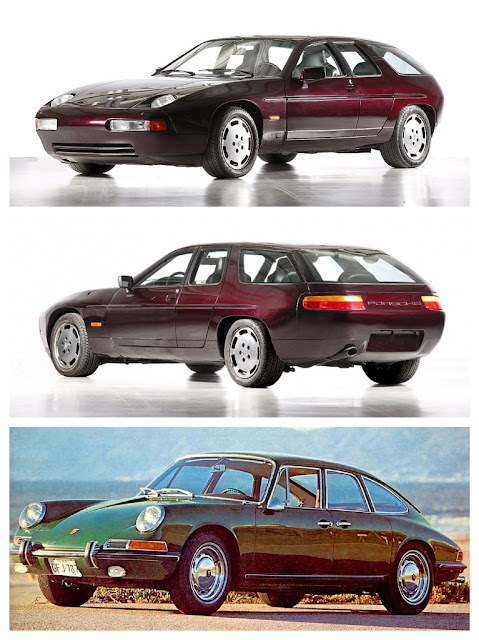 Then of course there was a private attempt way back in 1967 (bottom). It was by two American designers, Dick Troutman and Tom Barnes from Culver City, CA, who cut up three Porsche 911s and created their own 4-door concept, using original ‘front doors’ for the rear, which utilized the original front door hinges, so they opened as ‘suicide doors’. Again, Ugh!

The question was how do you fashion the design concept, shape and styling subtleties of the famed 911 into something harmonious with the brand values?

At least in terms of appearance? Because power and performance would never be an issue for the engineers at Zuffenhausen.

In 1988 my very good friend Dr. Ulrich Bez was charged by Porsche management to develop a four-door concept, which he did, and the 989 was styled by Porsche’s chief designer, Dutchman Harm Largaay (below). 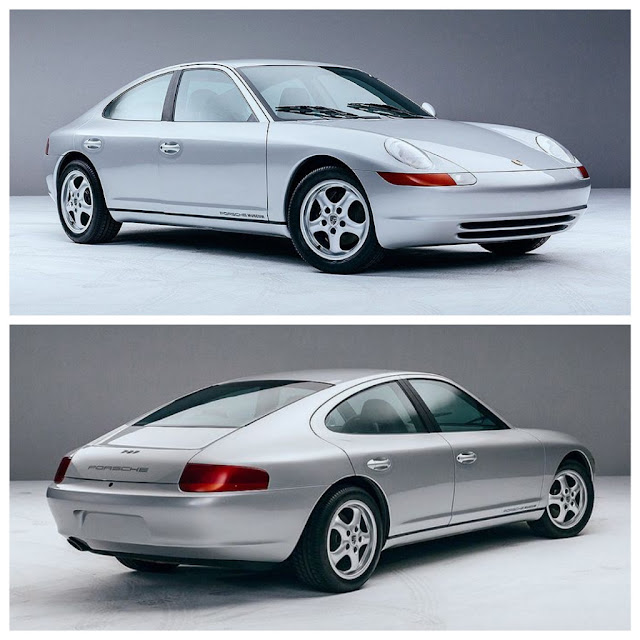 I think it was very attractive, but Ulrich Bez left Porsche in 1991, and the project was cancelled in 1992.

I think I’m on the same wavelength as most students of automotive design when I say that when the first Panamera appeared in 2009 it was, at least from the rear view, butt ugly.

It was not a cohesive design, as the 911-ish front end simply did not marry well with the rear hulk, it had a big fat bum!

I believe the first Panamera was designed by Grant Larsson, but one problem was that the-then CEO demanded there be enough headroom in the rear, so he could wear a hat! Really! 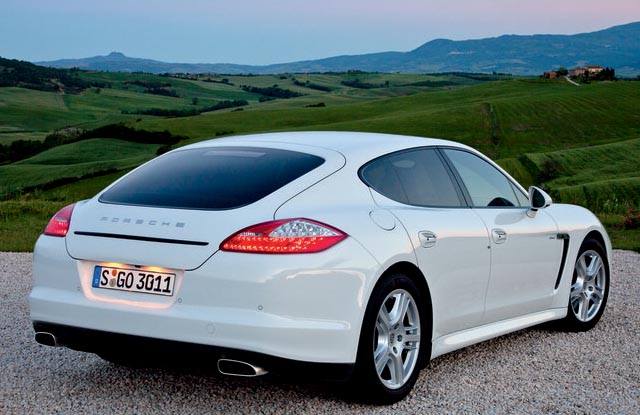 So the first Panamera (above) appeared in 2009, and although a lot of Germans bought their first Porsche four-door, the Americans shunned it.

Fast forward to 2018, and this new car looks to me like a Cayenne which has been squashed flat – good thing too, should happen to all SUVs if you asked me.

There are some similarities with its SUV sibling. The Panamera is endowed with pure Porsche performance; it has four doors; a flexible and practical interior plus AWD - but it stops there.

The new Panamera has a beautifully-resolved rear end - design flares, taper, rear lamps, lines that when flowing forward match beautifully with a front end very reminiscent of the 911. 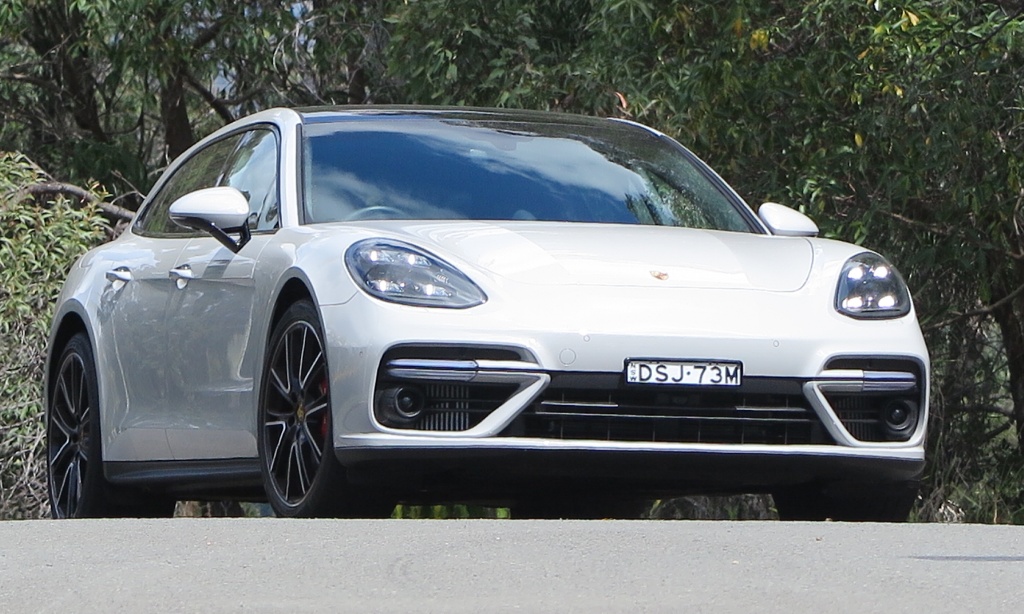 Although, another of my very good designer friends, Automobile Magazine's design columnist, Robert Cumberford remarked in his review: “It’s still no beauty, but at least it’s not a beast.” 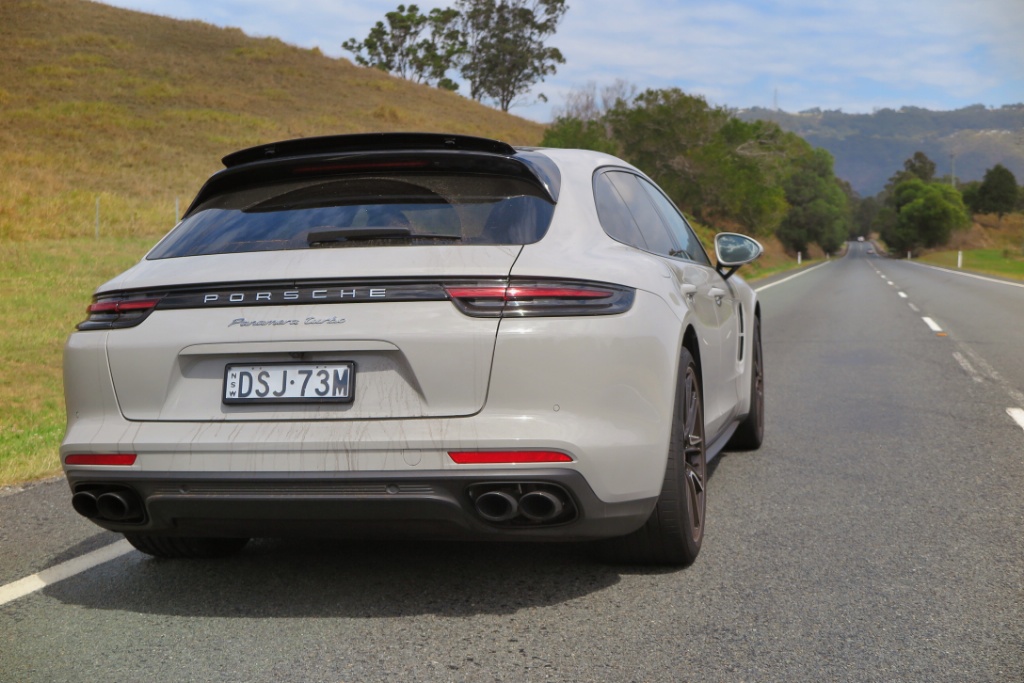 Okay, so it looks better, and it goes well, as you’d expect. I’m not going to go into the numbers. 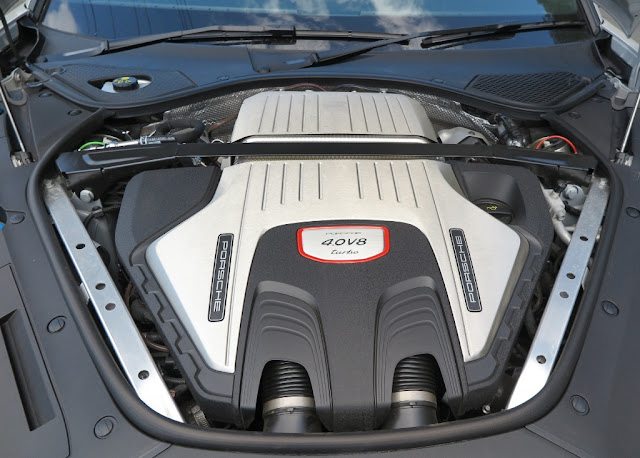 The Panamera Turbo I drove went like the clappers when the right switch was activated, and whilst it cornered like on rails wearing its Continental Contisport tyres, there was a lot of tyre noise, and as other testers have suggested, maybe the 20 inch wheels with more rubber will be quieter. 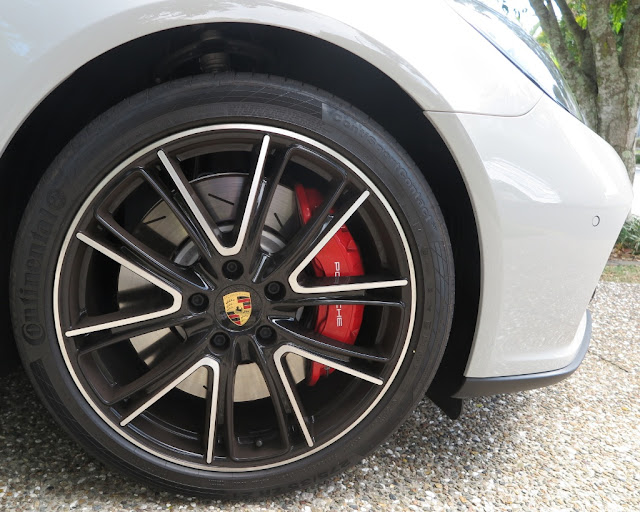 However, as the owner spends all their time inside, it’s the cabin that stands out in this 2018 redesign. It’s quite a spectacular combination of pure Porsche Design; contemporary approaches to trim materials and finishes, and as up to date as any modern-thinking Porsche fan would choose. 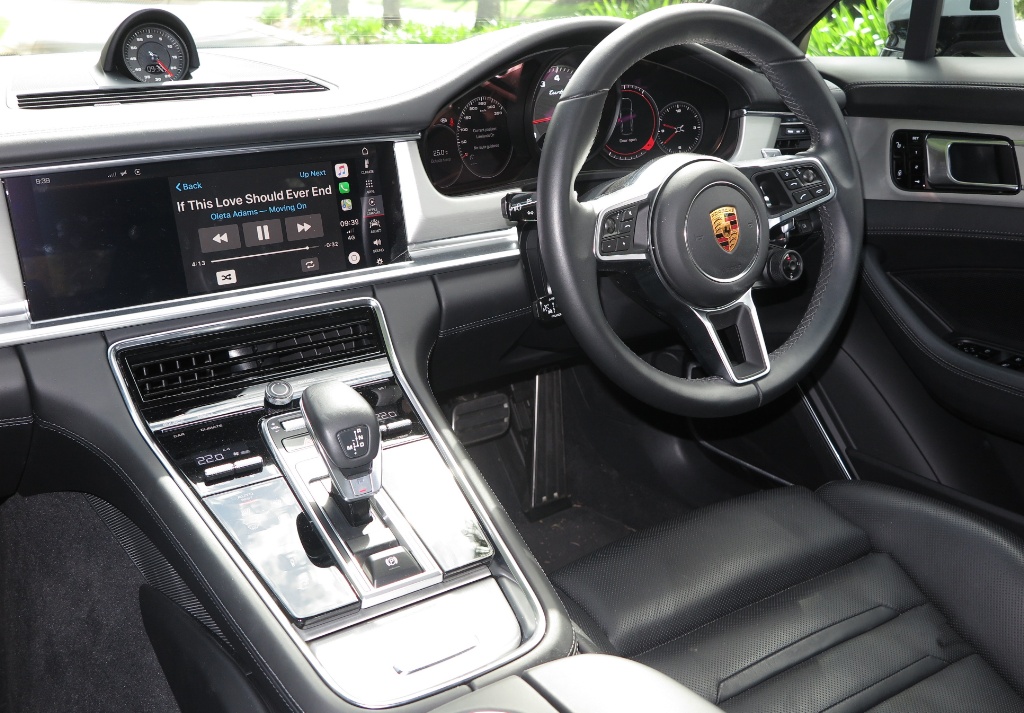 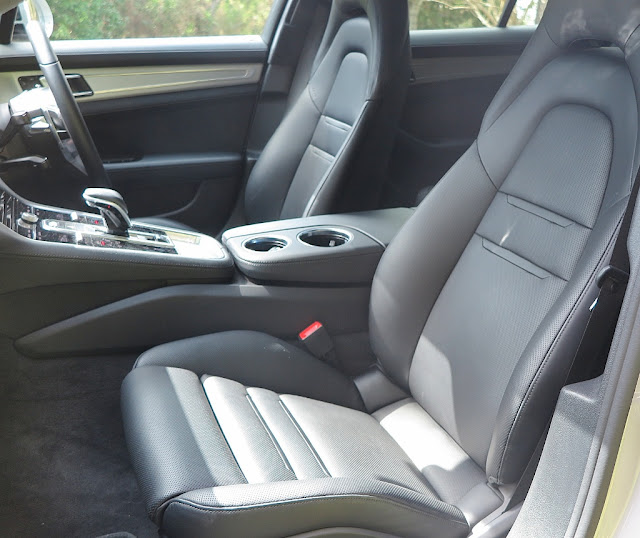 The other thing is that you sit very low in the car, which heightens the sense of speed over the ground, but what I didn’t expect (along with ALL the bells and whistles), was its sheer practicality. 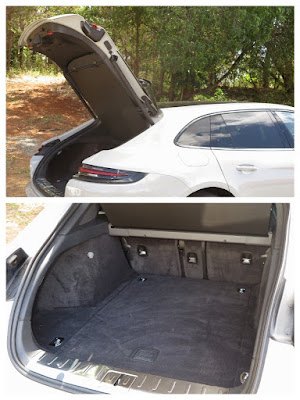 In the same vein as another VW Group product, the Czech Republic’s Skoda Superb, the rear hatch is humungous, and reveals a very useful rear compartment.

With the seats lowered it offers up 1300 litres of carrying space.

But, how would it look visiting Bunnings or Home Depot hardware stores on Saturday morning? Quite stylish I expect, and the envy of everyone enjoying a sausage sizzle.

BTW, this new Panamera will share its platform and architecure with the latest Bentley Continental GT coupe.

After powering around recently in the Maserati Levante SUV, with the Maserati staff assuring me it was really a ‘sports sedan’, let me tell you I’d have this Panamera Turbo in my garage anytime. It’s the real thing!

We should talk more about the design process, later on. 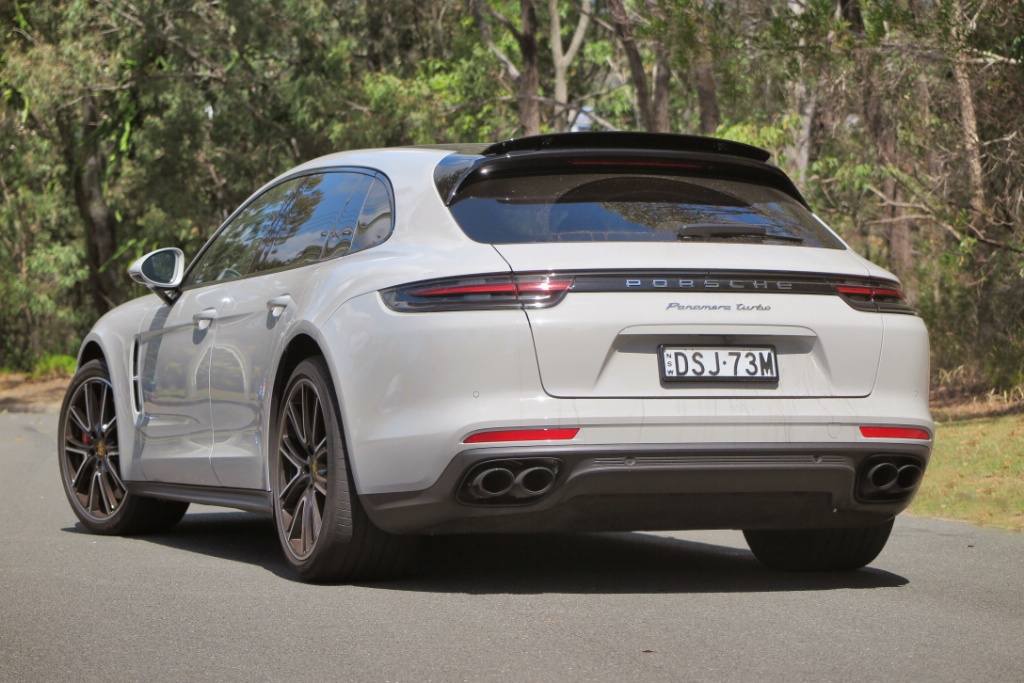 Posted by John Crawford at 3:58 PM