Mercedes-Benz is enjoying a new renaissance, which began with overhauling its entire range, and started (as far as I’m concerned) with the new C-Class. I have a real soft spot for this car, and I still think it's the BEST conventional sedan that comes out of Sindlefingen.

It’s the right size, it looks great and it rides and handles exceptionally well. I think designer Robert Lesnick has achieved a great combination of proportion, styling cues, and a truly contemporary shape. Despite the appearance of other new models following the same themes, the C-Class will be Lesnick’s enduring legacy.

Of course the design operation at Mercedes-Benz is directed by Gordon Wagener, but it’s when you get down the studio food chain to the lead designers, Robert Lesnick’s name pops up a lot. He’s a very talented designer. 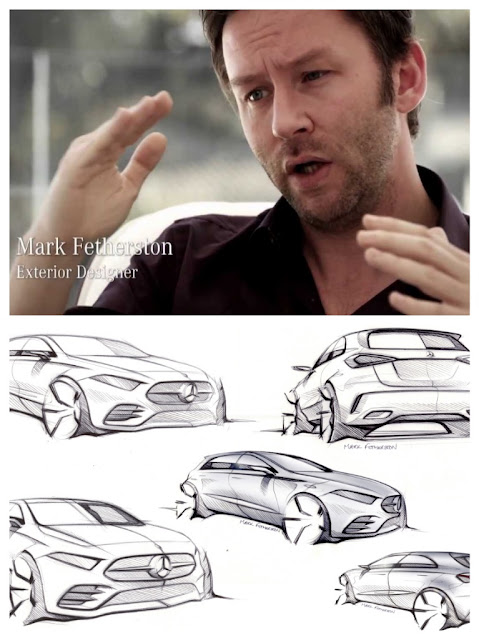 So, moving on to the latest new model, the new A-Class, in this instance the lead model, the A200. Comparing the new W177 to the outgoing W176 you may see little change in the overall shape, but it’s in the details that this new car is such an outstanding design success.

The lead designer already has a great track record in this compact class. It’s Englishman, Mark Fethersten (right), who was also responsible for the CL A sedan, and the GLA.

The new W177 points well, rides with great aplomb, and handling and grip is excellent. The steering is beautifully weighted, and the wheel boss has something new for you to get used to - touchpads on each horizontal spoke.

There's also a Lexus-like touchpad at the rear of the centre console, but unlike the Toyota version this one is easy to use, positive to touch and make correct selections on-the-move.

But there's more, inside boasts a major addition, and Mercedes-Benz call that MBUX, which embodies everything from instruments to entertainment and information, in a smart rectangular shape which can be manifestly modified for the driver’s specific needs. Goodbye instrument clusters as we knew them, welcome the new age of graphics-driven info delivery.

The greatest impact of the new design is clearly at the front, where the intersecting edges come together. 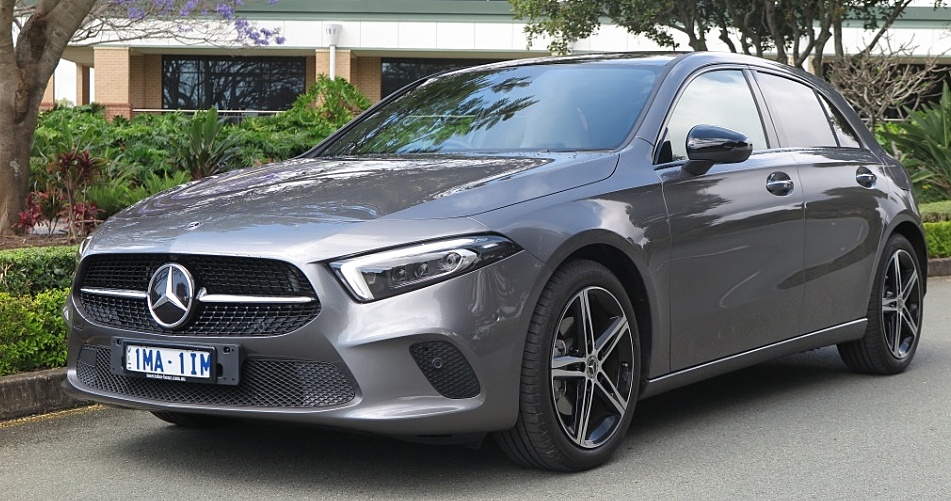 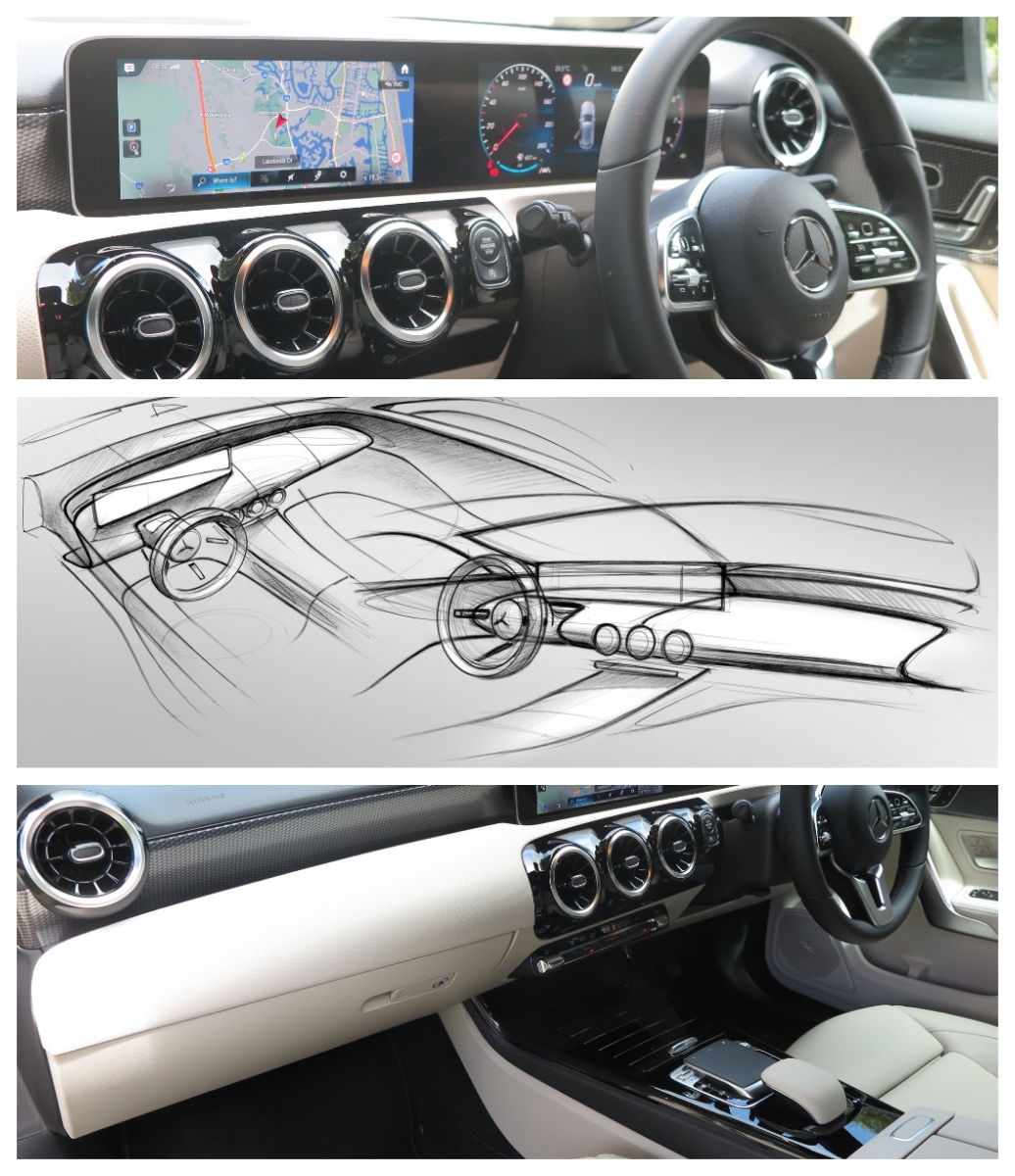 Along with a variety of tasteful material choices, the new cockpit design is also a masterclass in sophistication. Pegged as a competitor to Audi’s A3, and BMW’s 3-Series, I think the A200 provides a palpable difference in design, performance and comfort when lined up against its competitors.

I think the A200 could be the most pleasant compact driving experience I have enjoyed so far this year. 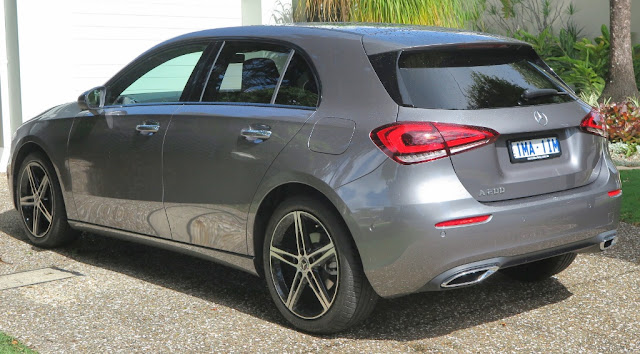 This car will be built in both Mexico and China, and in the A200 the 1.3L turbocharged four-cylinder was co-developed with Renault. The 7-speed Dual Clutch Transmission is provided by Getrag.

Like many of the small-capacity turbocharged engines that are turning up these days, the A200’s delivers a sprightly 120kW @5500rpm, and a staggering 250Nm of torque from just 1620rpm. The performance in this base model is more than acceptable, that is until you load up with four adults, and the strain starts to show.

However, with its slick MBUX interface Mercedes-Benz is clearly chasing tech-savvy millenials – and they will love it! There’s a SIRI-like “Hey Mercedes” personal assistant which has great AI properties, which will ‘learn’ commands and preferences over time.

A Class is an important model for Mercedes-Benz Australia, selling around 5000 cars last year, a 10% improvement over 2016, for an average 30% share of its segment over the past few years.

The only impediment to the W177 racing away from the pack is a steep price increase (around AUD$3000), but M-B will explain that away to prospective buyers by focusing on MBUX, and the new interior ambience.

When you analyze your basic motoring needs, it’s hard to say you need anymore car than the A Class for single person mobility. I could certainly live very happily with the A200. 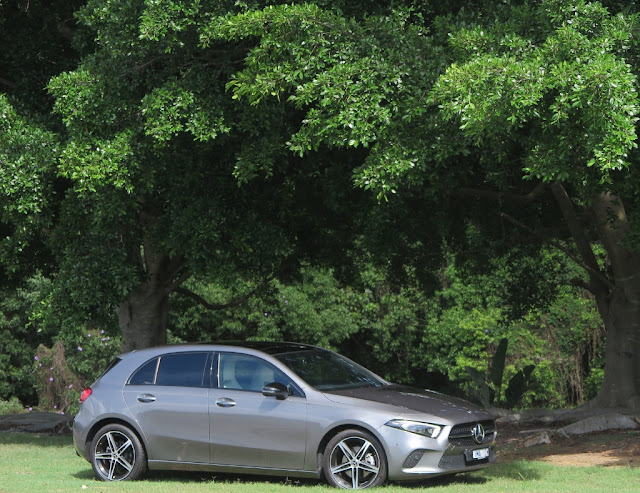 Posted by John Crawford at 6:33 PM