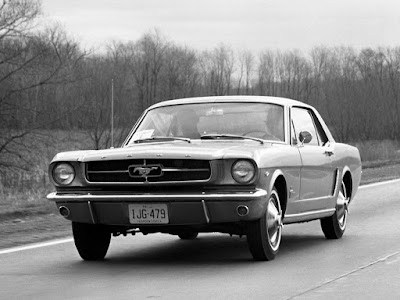 Let’s flashback to 1964 when Ford grabbed all the headlines at the New York Auto Show with its daring new sporty car – the Ford Mustang.

Not only does it dominate the media reports; boosting auto show attendances with the promise of instant acceptance, but it went on to sell 400,000 cars in its first year!

The GM suits in Detroit call up the heads of design, sales and marketing and the question is: “What are you guys going to do about this Mustang thing?” 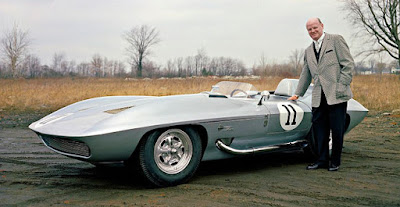 To give you the response, we have to go back a couple of years. The legendary Bill Mitchell (right) is the Vice President for GM Styling, and he and a few designers were playing around with ideas for a sporty four-door coupe in the middle of 1962.

Mitchell was not only a powerful force in the GM Boardroom, but he was also a mad keen racer, who wanted to design race cars - despite a ban on any form of motor racing from the GM top brass. Finally, he got to design and successfully race the 'Stingray' (right) in 1959.

GM's Board told Mitchell to come up with ideas, because the Chevrolet Division wanted a car like Mustang in its lineup, one smaller than the boxy full-size Malibu (below). So the project was given to Chevrolet. 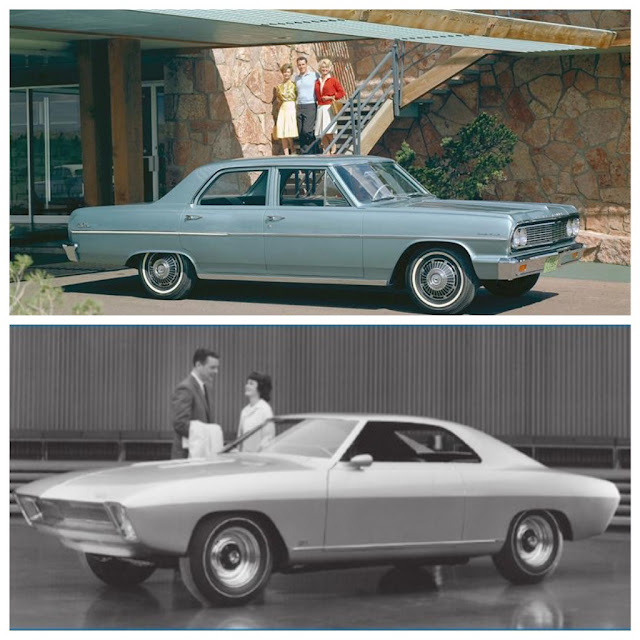 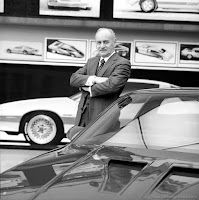 Oldsmobile Design's Irvin Rybicki, left, had themed the Chevy Super Nova (above) in 1963, but that design (and the clay model) was consigned to the design studio dustbin.

Mitchell then asked the suave and sophisticated Henry Haga, who ran Chevrolet Studio 2, to design the Camaro.


Henry Haga was every bit the 'sophisticate' both in manner and dress.

He had a keen eye for detail and it's thanks to him that Camaro design moved on very quickly from the origininal tape drawings, models and clays to the final version approved for production.

After his time at Chevrolet, Henry went on to become Design Director for Adam Opel AG in Russlesheim, Germany.

My thanks to Robert Dirig, College Archivist at the Art Centre College of Design, Pasadena, for this great photo of Henry Haga (below) working on a design at the College in 1953. 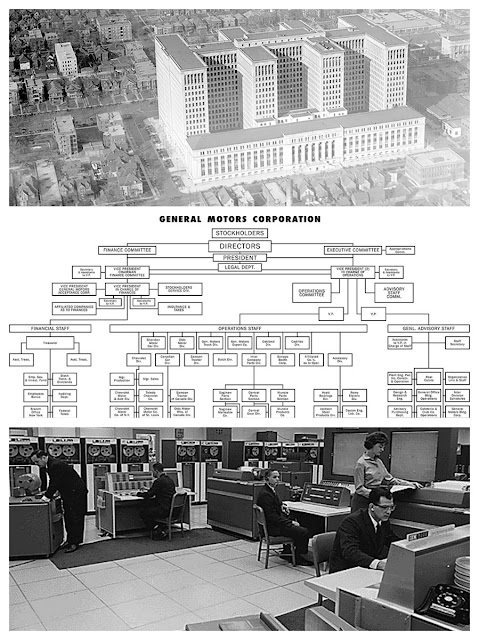 Ford’s 1964 masterstroke was a wake-up call for GM.

General Motors, the lumbering, bureaucratic behemoth cranked up its steamroller and pressured Mitchell to ‘get his boys going on something’.

The lead-up to the design and development of the first Camaro was also fascinating for another aspect. It was the first GM car to benefit from the involvement of computers in the prep work, statistical calibrations not only of size, weight and rolling dynamics, but also guidance parameters for the production designers and engineers.

It took Haga and GM until 1966 to announce the Gen.1 Chevrolet Camaro, based on GM’s F-body platform, but despite the lead Mustang enjoyed in the market, the Camaro hardtop and convertible was a smash hit, selling 220,906 cars in its first year – benefitting from the famous Ford-GM rivalry among their customers.

By now Mustang’s ‘Pony Car’ nickname was part of the American automotive lexicon, and Camaro fitted right into the concept. 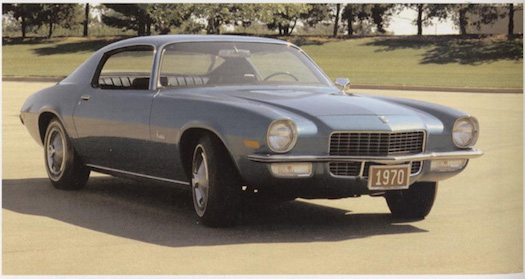 In response to falling sales in 1969, Bill Mitchell was asked to 'massage' the Camaro for 1970 and he produced a shape which he described as having European GT influences, which didn't cut any ice with existing Camaro fans, and it went on to sell 125,000 cars anyway.

However, 1973 was a big year for the Camaro in British Saloon Car racing, where Australian ace Frank Gardner scored significant victories with his 470hp Camaro.

Although it never ever achieved Mustang sales numbers, Camaro remained popular, but in 1990 sales fell to just 35,000 cars. Later, due to the disappearance of GM’s F-body platform, and also because of falling sales, Camaro went out of production from 2002-2010. 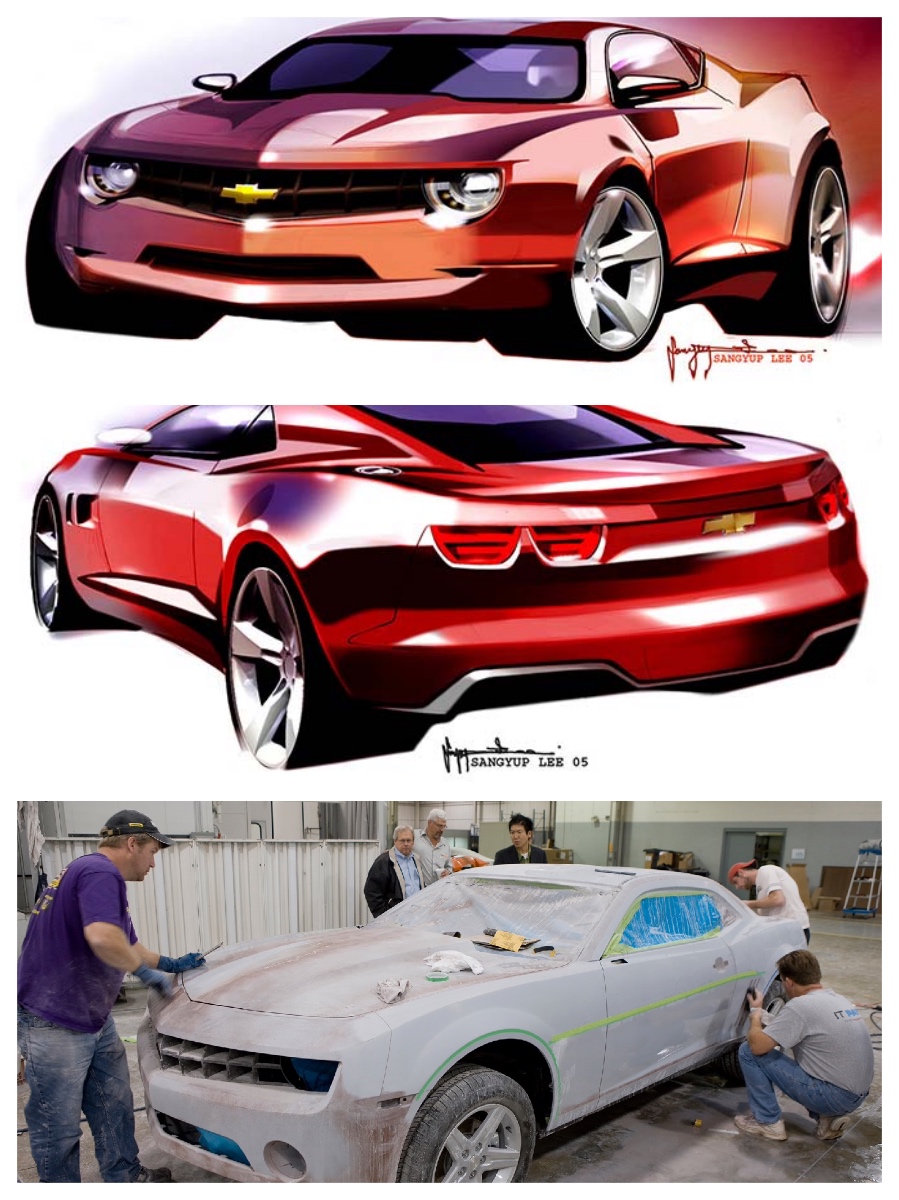 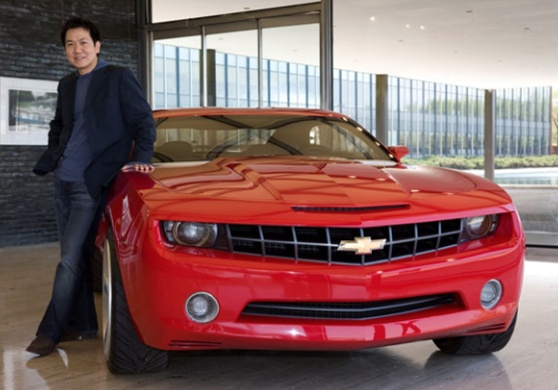 However, in 2010 Camaro bounced back into the limelight with the Generation 5 car (above) incorporating historic design cues, some retro references, but also a fresh face designed by one of the world’s most promising young designers, Korean-born Sangyup Lee (right).

The Gen. 5 car was built on GM’s Zeta platform, which had been created in Australia by GM-Holden to underpin all of GM’s future rear drive cars. 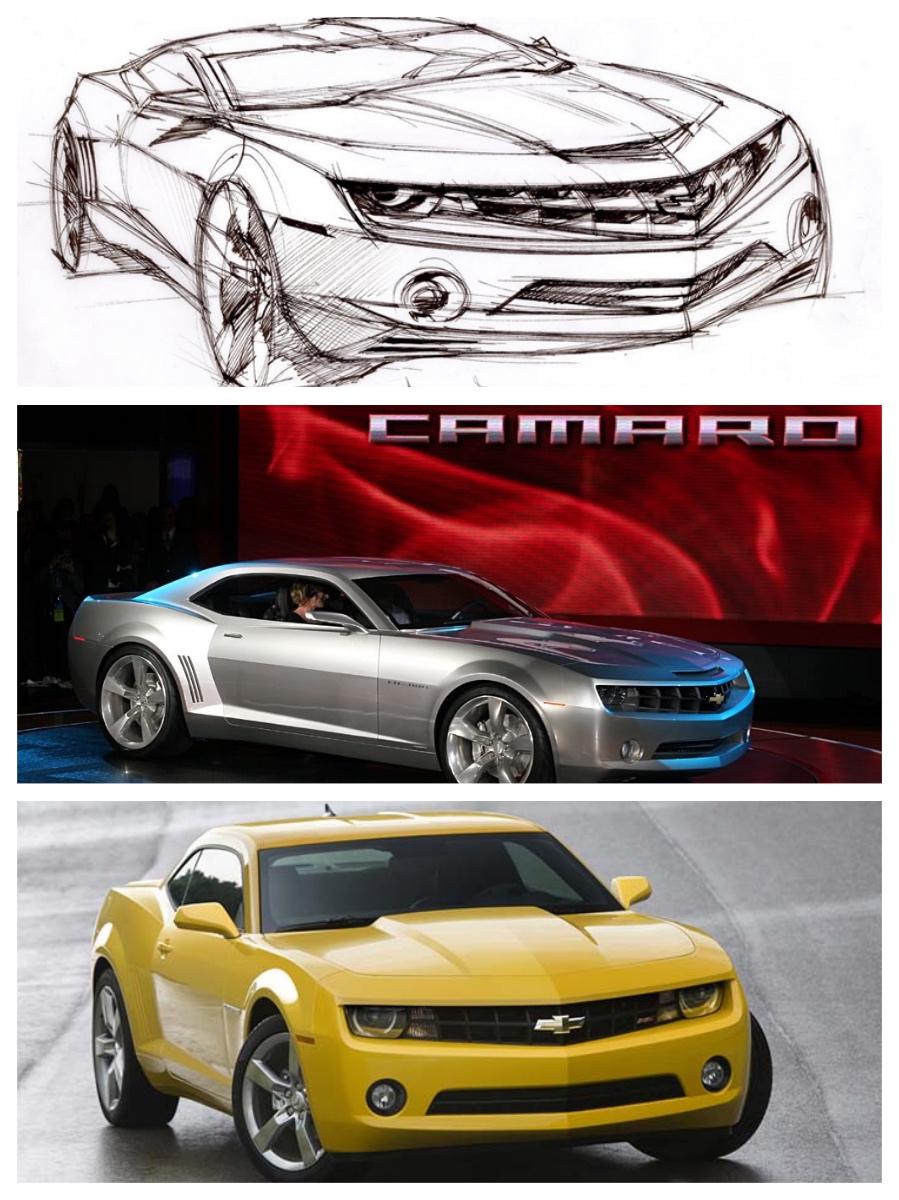 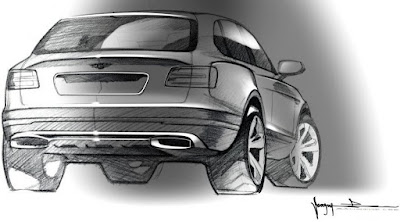 Yet another outstanding graduate of the famous Art Centre College of Design in Pasadena, Lee joined General Motors in 1999 to head up Corvette design. During his time in college he had also done contract design for Porsche.

After completing the Gen.5 Camaro, and leaving GM in 2010, Sangyup Lee went to work in Volkswagen’s American West Coast studio, then to Bentley design in Crewe, UK, where he worked with Luc Donckerwolke on the Bentayga SUV, and then a short stint at Pininfarina.

There’s no doubt Camaro has a strong following in the USA, but GM surprised everyone by leaving the door open for the Gen.6 version to be converted to RHD. But, that’s another story, which will follow shortly.

Sangyup Lee has now followed his Belgian colleague and is working at Hyundai, exclusively on future Genesis programs. He and Donckerwolke have already had a major influence on the latest premium Genesis concepts. 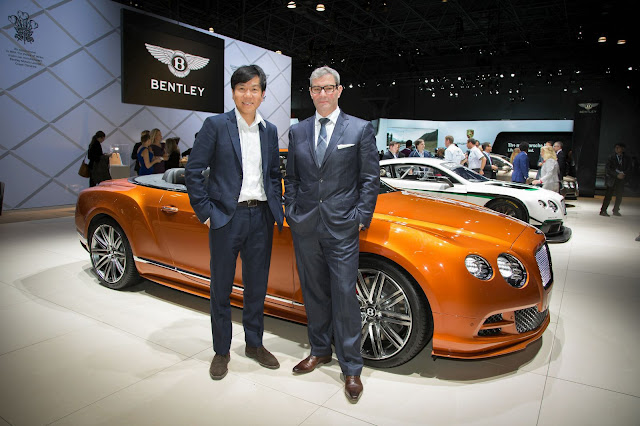