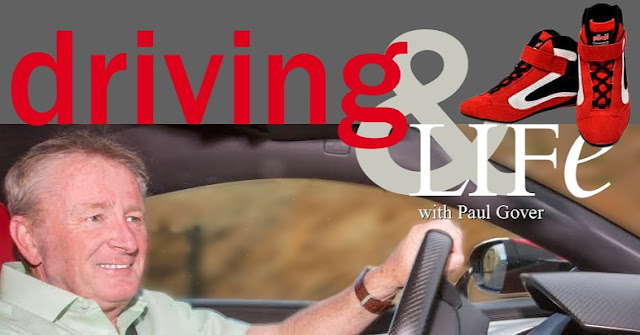 My good friend Arthur is in trouble.

Alzheimer’s disease has him and, like a python with a mouse, is slowly squeezing the life out of him.

It’s a sad story because my Arthur is your Allan. Allan Moffat.

If you want to know the accomplishments of Allan George Moffat OBE you only have to turn to Google, which will tell you he is 79 years old and counts four Australian Touring Car Championships, four victories at Bathurst and six in the Sandown 500 as his career highlights.

But let me tell you another story, which tells you far more about the man inside the helmet.

First, a bit of background.

Moffat was the first truly professional race-car driver in Australia and he was a ferocious competitor. Never the most naturally-talented driver, he was ruthless about getting the best from himself, his team and his cars.

He would turn lap after lap after lap to fine-tune his cars, from the famous Coca-Cola Mustang that landed in Australia just on 50 years ago, through to his mighty little Mazda RX-7, and even in the HDT Commodore he shared with Peter Brock at the very end of his career.

Now, to be honest, Allan could be a cantankerous cuss of a man. He never suffered fools, he was tough on his crews and even tougher on the media, and there are plenty of stories about him firing up during press meetings.

Once, when Wayne Webster of Sydney's Daily Telegraph newspaper arrived at a Moffat interview session at Bathurst wearing a Marlboro Holden Dealer Team tee-shirt he was greeted this way.
“Webster, I’m going to burn that shirt,” Moffat barked.
“Can I take it off first?” was the whip-crack reply from Webster.

Which brings me to the story of Allan and Arthur.

It was on December 1, 1984, the weekend that the World Endurance Championship first came to Sandown Park in Melbourne.

Moffat was not racing and had invited his three favourite journalists, his great mate David Roberston (from the Sydney Morning Herald), Webster and me, to a gathering at his home in Monaro Crescent in Toorak with a bunch of people including his British friend John Fitzpatrick, one of the world’s most successful long-distance racers. And, yes, he was well aware of the irony of the street name for a Ford hero.

Moffat was still married to Pauline at the time, and neither of his sons - race driver James and teacher Andrew - were close to joining him.

The evening began slowly, and I recall seeing his Ford Cologne Capri racer - soon to be sold to Fitzpatrick to fund more Moffat racing - in the garage.

Things accelerated rapidly from there and, at one point, Allan collided heavily with the glass sliding door to the back yard and his glasses exploded.

By around 2am, Robertson tried to nap on a couch, but was constantly interrupted by Moffat singing “I’ll be calling you, you-you-you”, Webster got down on his knees and started tapping on the floor.
“What are you doing?,” Moffat asked.
“I’m looking for the secret trapdoor,” Webster replied.
“What trap door?” Moffat asked.
“The one leading to the secret room.”
“What secret room?”
“The one where you have Allan Moffat tied up. You’re not Allan, you’re his evil twin brother, Arthur.”

Later that day, Allan arrived at Sandown as a VIP guest and he was not well. Pauline told us he had slumped in the shower for nearly an hour, cascading hot water over himself, to prepare for his official duties at the track.

Much later, I remember Arthur and Wayne and Wee Davie (who sadly passed away following a jet-ski accident), sitting in bed watching television as Pauline made them Vegemite toast.

Over the years, the Allan-and-Arthur story continued and it got better when the late Gregg Hansford, his young protege and team mate in Moffat's Mazda RX-7 team, would join in the joke at racetracks across the country.
“Don’t go in there. It’s Allan,” Hansford would say.
“It’s OK, it’s Arthur,” was the alternative.

I’ve only written about Arthur once before, when I was working at the Herald Sun newspaper and the occasion was Allan’s 60th birthday. The morning that my column was published, the telephone rang.

“Is that Paul Gover?” said the man with the faint Canadian twang to his voice.
“Yes, it is Allan,” I replied. “It’s ok. It’s Arthur,” he laughed.

And he has been Arthur to me ever since.

In more recent times I’ve seen a fair bit of Arthur, who often travels with his long-term friend and former Ford team mate Fred Gibson, his ‘minder’ Phil Grant and his son Andrew. They are taking him out as much as they can, allowing him to say goodbye and for his countless fans to spend some time with their hero.

There are many twists to the recent tale of Allan Moffat, but this is not the time or the place. It is an opportunity for a thank-you to a great man who gave me, and so many others, great memories and inspiration.

It was Allan Moffat who taught me the value of perseverance and the need for total commitment, but Arthur who showed me it’s just as important to be genuine and honest - even soft and gentle - when the helmet comes off.

As Alzheimer’s takes Allan away, there are new memories. Like seeing Arthur racing to an ice cream van at Sandown, then morphing back to Allan for a couple of fans, then Arthur again as he led Freddie towards the pit lane with the enthusiasm of a child.

Allan and I have already said our farewells, about five years ago at the Muscle Car Masters historic race meeting in Sydney, even though I didn’t know it at the time. 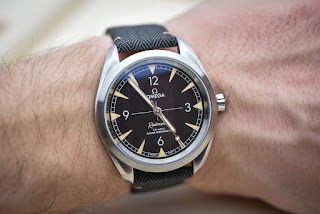 As we laughed about our shared passion for the Omega Railmaster watch, which we were both wearing on the day, he leaned in close. I think he was aware, even then, that Alzheimer’s was coming.

“I want to thank you for everything you’ve done for me,” he said, with an intensity that surprised me.

Now I want to say thank you back. To Allan and Arthur. He was my hero from the first day I saw him in action with the Coca-Cola Mustang and nothing has changed.