In March 1930 the then Chairman of Bentley Motors, Woolf Barnato,  wagered some friends £200 he could beat France’s famous Blue Train Express from Cannes to Calais. Furthermore he said: “I’ll be at my London club before the train reaches Calais!”


Driving his company car, a large, black, Mulliner-bodied Bentley Speed Six saloon, he raced the Blue Train to the French coast, crossed the English Channel in a packet steamer, and was in fact drinking Champagne at his London club, a couple of hours before the Blue Train arrived in Calais.


There has always been some controversy about which car Barnato drove in the Race. Many thought it was a rakish Bentley coupe, built by Gurney-Nutting - however that has now been proved false. That car in fact was built for Barnato, but many months after the Race.

The inaccuracy was in part fostered by a famous painting by artist Michael Cuneo, celebrating the event. Cuneo using artistic licence, pictured the Gurney-Nutting Bentley racing the Blue Train. 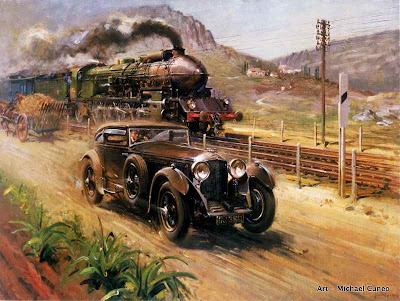 The wager was typical of the bold entrepreneur, and three times winner of the 24 Hours of Le Mans for Bentley, who had taken over as the Chairman of Bentley Motors, when the founder, W.O. Bentley, ran up immense debts pursuing his dream of building, “A fast car, a good car, the best in its class.”


Both Barnato’s saloon, and the Gurney-Nutting coupe are owned by one man - Seattle businessman Bruce McCaw. As a longtime friend, and fan of Bentley, McCaw kindly shipped both cars to Europe to enable a re-run celebration.


So in October 2005 I joined a select group of Bentley Motors staff, and journalists from around the world, to retrace the route of the Race, from Cannes to Calais, across the Channel and ending at Morton’s Club in Berkeley Square, London.


French photographer Domeniq Fontenat accompanied us to record the re-run; which was organized and managed by Paris-based Pierre Gosselin, one of the most professional PR people I have ever worked with. His organization, attention to detail and follow-up is fantastic!

We began at the same hotel where Barnato departed, the Carlton Hotel in Cannes, which is now run by the Intercontinental Group. Our stops included Sisteron (for brunch with the Mayor and his fellow council members), and then Bourgogne (overnight at the Chateau de Chailly), by-passing Paris.

Everyone marveled that the two old Bentleys were in such great shape, and more than capable of running at speed with the modern Bentleys.


There were several Bentley Arnage sedans along to help accommodate all of the participants.


Plus, the two Barnato Bentleys were joined by two 'Blowers' from Bentley Motors’ own collection of historic Bentleys.


Our group was met with interest and enthusiasm whenever we stopped for fuel or food. 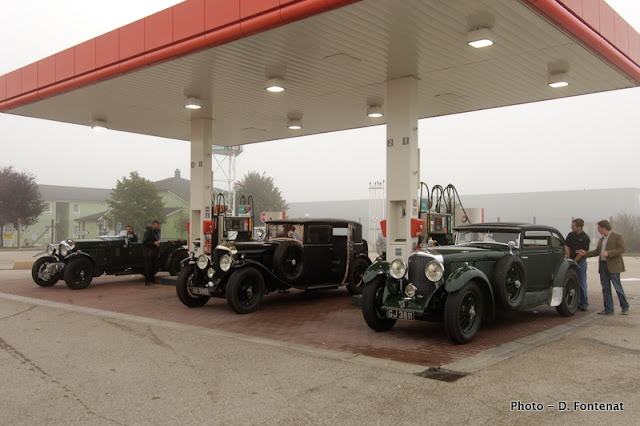 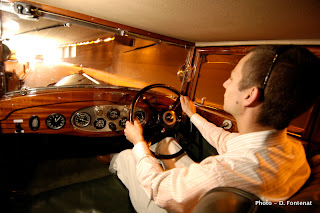 Every one had a turn at the wheel of the two ‘Blue Train’ cars, and it was certainly one of the most memorable Bentley events I ever attended.

However, it's worth pointing out that our group undertook the Re-run over two days, with an enjoyable wine-tasting and dinner, and a comfortable bed, at the Chateau de Chailly.

Barnato, and his companion achieved the whole thing in wind and rain in under 24 hours!

We did replicate the Channel crossing by sea, rather than taking today's modern Eurostar train. 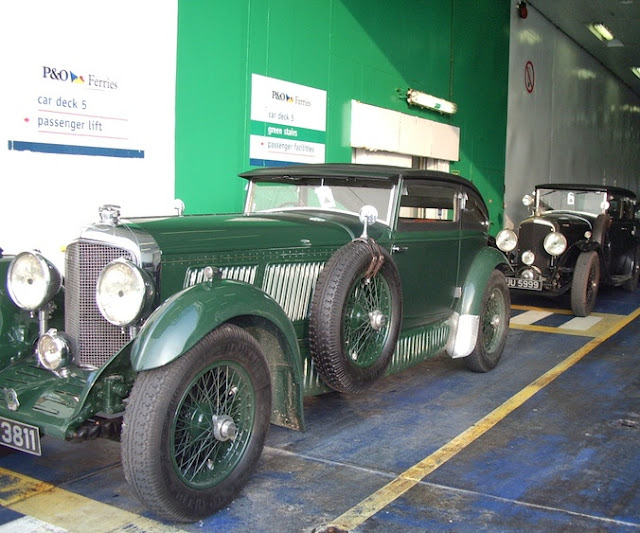 We arrived in time for dinner at Morton's in Berkeley Square, with our vintage and modern Bentleys lined up outside - what a drive!

Posted by John Crawford at 1:49 PM