HYUNDAI ELANTRA FOR 2017 - A CAR DRIVING TOWARDS GLOBAL DOMINATION!

That may sound like a ridiculous headline, but I sincerely believe we are witnessing the gradual emergence of a new world power on the global automotive scene.

Hyundai Motor Group (which includes Kia) is spending up big on the technology, and production methods, behind its new cars, to such a grand extent, the Korean company is poised to knock the current global leader, Volkswagen Group, off its perch. Really? I think so! 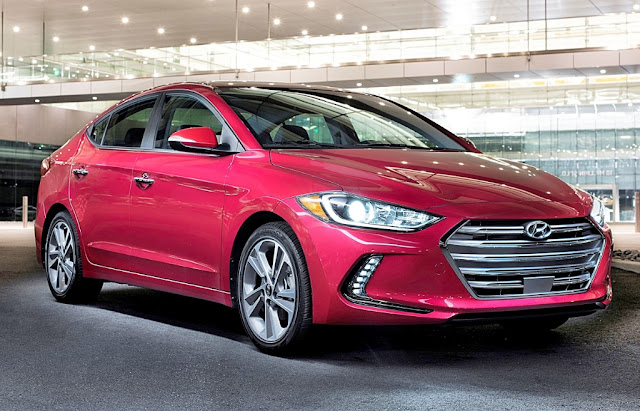 If you need further proof, I am publishing excerpts from the press kit on the 2017 Hyundai Elantra, which was issued at the car's debut in Los Angeles last week.

I am publishing the paragraphs verbatim, as the press release announces the details of the efforts and resources which have gone into this car in such a plain-speaking manner, it would be foolish of me to rewrite them, just to claim ownership of the writing.

The 2017 Elantra is not only lighter than the outgoing model, but its rigid chassis is now reinforced with 53 percent advanced high-strength steel compared to 21 percent from the previous model, providing improved stiffness at a lower body weight. This increased utilization results in a 29.5 percent stiffer torsional rigidity and 25.3 percent greater bending strength, which bring improvements in vehicle ride and handling, quietness, durability and driving performance. 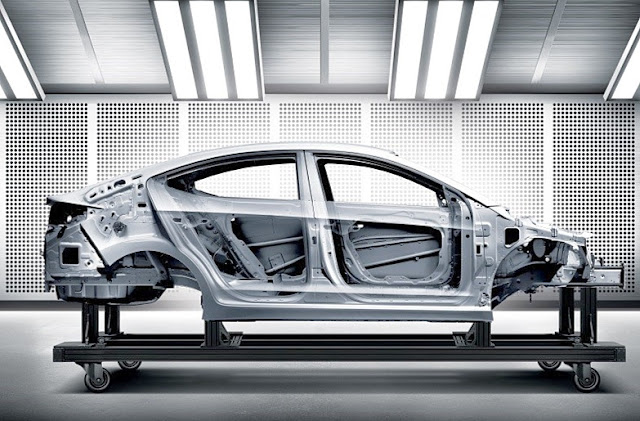 Furthermore, the new Elantra increased the use of structural adhesive application 40 times at higher stress points on the chassis and to reinforce welding areas. A component often found in aerospace applications, these structural adhesives also contribute to improved NVH and vehicle dynamics due to extra stiffness in the chassis. Hyundai engineers focused on these enhancements to develop a more rigid body structure to improve ride and handling.

For 2017, the new Elantra receives two all-new powertrains designed for improved fuel efficiency and everyday drivability performance. The standard engine available on the base SE and Limited trim is a 2.0-liter Nu MPI Atkinson four-cylinder engine producing a peak 147 horsepower at 6,200 rpm and 132 lb. ft. of torque at 4,500 rpm (estimated). This Atkinson cycle-type engine reduces pumping loss by delaying the close timing of the intake valve in the compression stroke, therefore maximizing the expansion ratio – it is the only Atkinson cycle engine to be combined with multi-port injection in the compact class. This greater expansion ratio is made more efficient by allowing additional energy to be produced. Furthermore, this engine features a high compression ratio of 12.5.

Other enhancements include intermediate valve cam phasing that increases the operational range of the intake valves and helps to reduce pumping loss. High energy ignition coils are also adopted to increase combustion efficiency through increasing spark intensity. A new electronically controlled thermostat decreases pumping energy and allows the thermostat to open at a higher temperature. Finally, piston cooling jets are added to cool down the piston by spraying oil at the lower position of the piston resulting in knock stability and fuel economy improvements. All of this results in up to a 2.2 percent increase in efficiency for optimized fuel economy, and an anticipated 29 city / 38 highway / 33 combined mpg (internal estimate for 6-A/T). 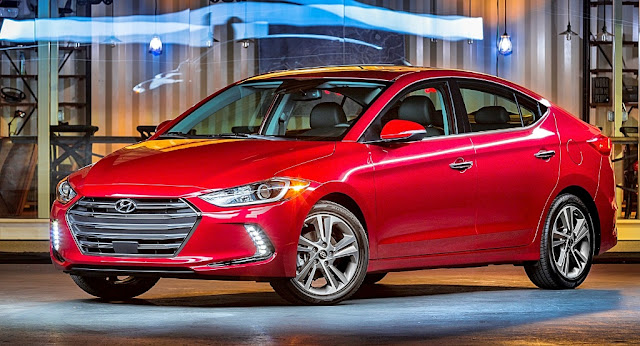 This 2.0-liter Nu four-cylinder engine is paired with either a standard six-speed manual transmission (available only on the SE trim) or Elantra’s next generation six-speed automatic transmission. The new automatic transmission helps deliver dynamic performance with an overall 3.3 percent increase in efficiency for optimized fuel economy. A new valve body improves gear shift responsiveness and control, while an optimization in oil pump size aids in improving operating efficiency. A multi-clutch torque converter is also a new addition that allows more control over lock-up. Finally, rolling resistance and friction are minimized by adopting double angular ball bearings.

The second powertrain is an all-new 1.4-liter Kappa turbocharged GDI four-cylinder engine equipped on the Elantra Eco trim, available in Spring 2016. This engine produces 128 horsepower at 5,500 rpm and a robust 156 lb-ft. of torque at a low 1,400 ~ 3,700 rpm and will be mated to an EcoShift seven-speed dual-clutch transmission. The Eco trim is projected to achieve an unsurpassed estimated 35 mpg combined rating based on internal testing.

All of Elantra’s seats, covered in either cloth or available leather, are made of SoyFoam™, an environmentally friendly seating foam that substitutes petroleum based polyol with hydroxyl-functionalized soybean oil and optimizes the formulation/process to maximize mechanical performance and deliver environmental benefits. 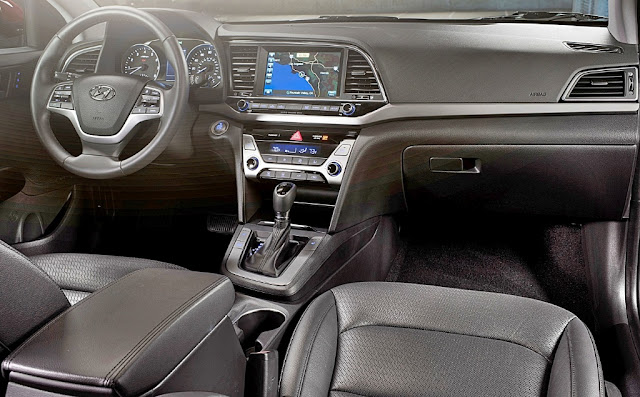 As I said up front, I've reproduced the press kit because of the lack of spin and hyperbole in listing the changes. I very much look forward to driving this car when it arrives in Australia.
Posted by John Crawford at 1:42 PM