OPTIMAL BLING! BUT, IS IT A GT? 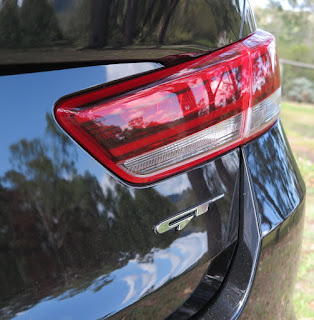 A badge doesn’t make a car, it just separates the men from the boys.


So when you see a Kia Optima GT, is it a man or a boy? This one goes fast, handles well and has lots of bling, but a GT car? Not quite, it’s just a way of separating a more expensive model from the cooking range.


And that’s where I get cautious. I’ve said before that Kia is rapidly moving to position itself as a premium brand offering value for money, but in this case I think the price of this car (in Australia) is right at the tipping point. Seriously, I think Kia Motors Australia may have overdone it this time. Where I raved about the value-for-money Sorento – I think the Optima GT is optimistically-priced.

It's $44,585, which includes $595 for metallic paint. Make no mistake, this is a fully grown-up executive car, but it's up against some formidable competitors, in a very hot segment. 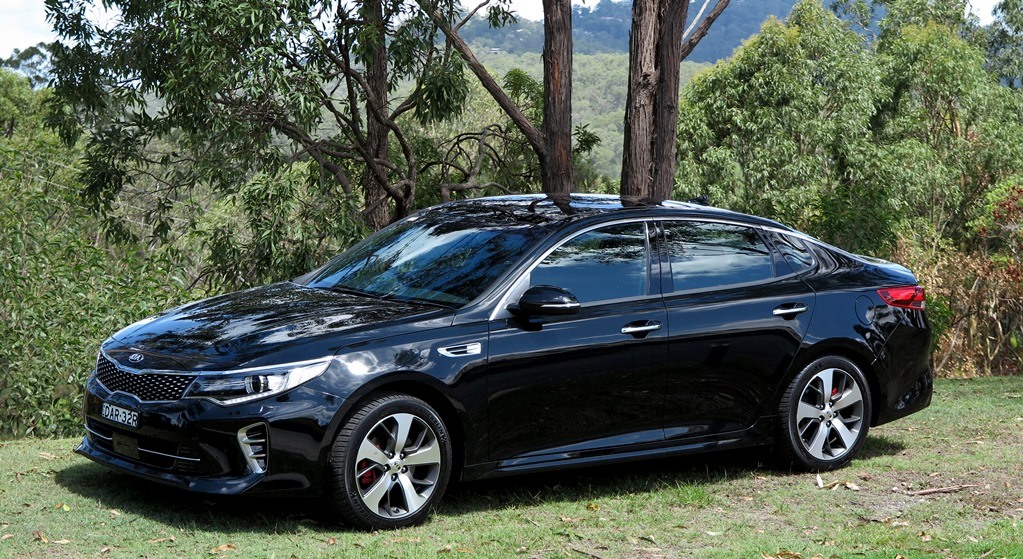 To be honest, this is a good car and Kia Motors Australia has said it is ‘cautiously-optimistic’, and only expecting to sell around 3,000 GTs a year. 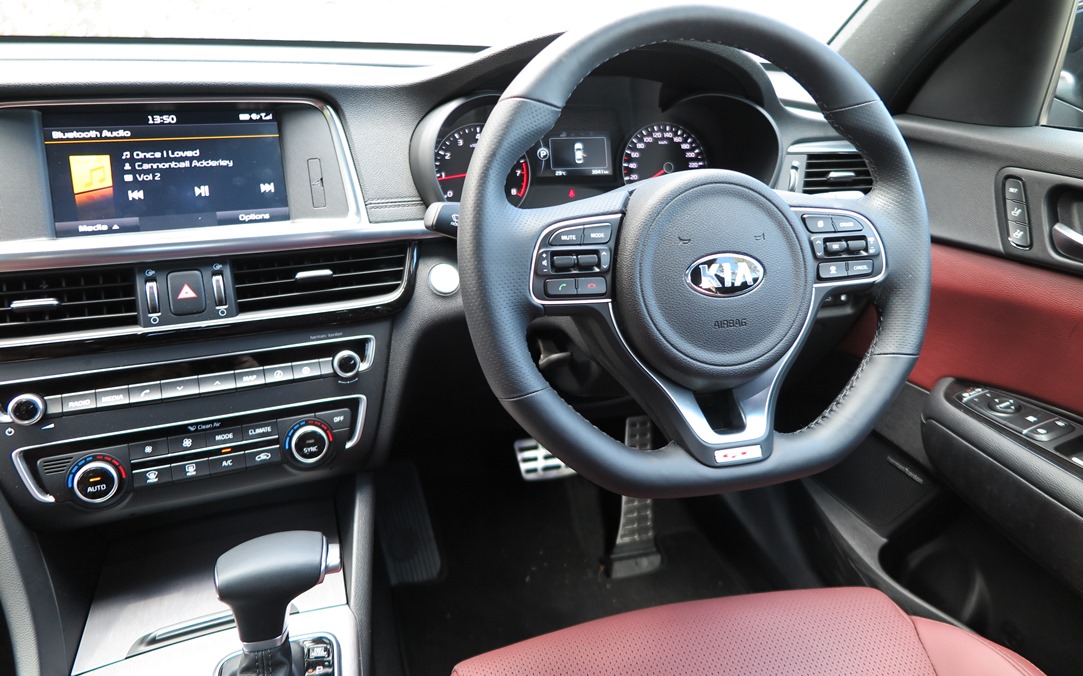 It’s touted as an executive sedan and I doubt whether any executive (except maybe a President or Chairman) would be in any way disappointed, either with the interior finish, the equipment levels or the performance. 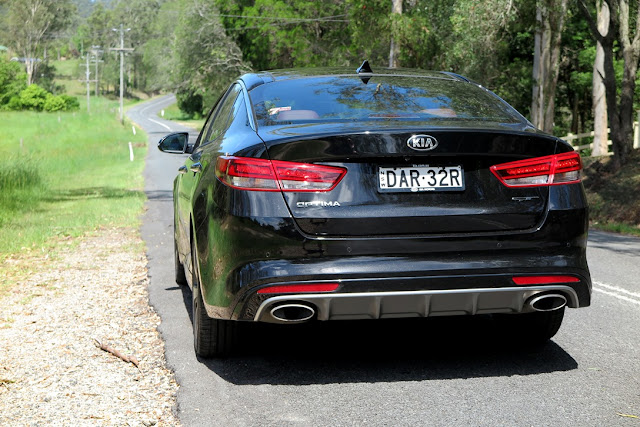 When I last drove an Optima, I complained that the 2.4L GDI engine got a bit breathless when you pushed it, but this two-litre, turbocharged four cylinder is big on performance, and the six-speed torque converter transmission is nicely matched. 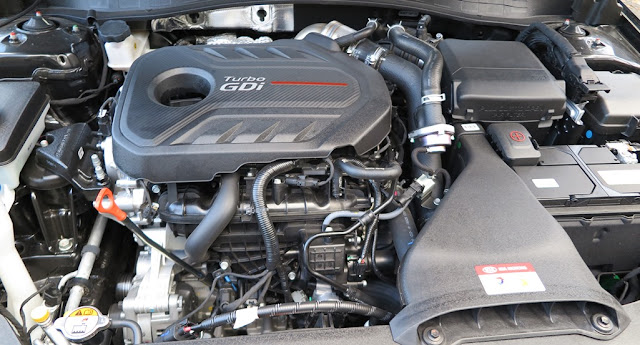 While the engine is eager, I think the car is a bit ponderous in the handling department. The ride is great and it turns in nicely, but I would never describe the handling as athletic - much less, GT-like. 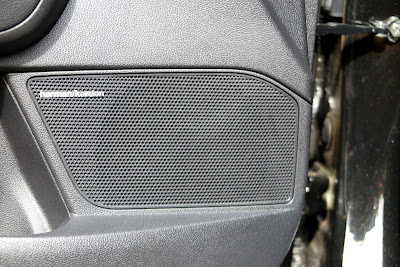 The Harmon Kardon audio system is a high performance unit, and with its two-toned leather trim (no cost option), the interior ambience is welcoming and comfortable. 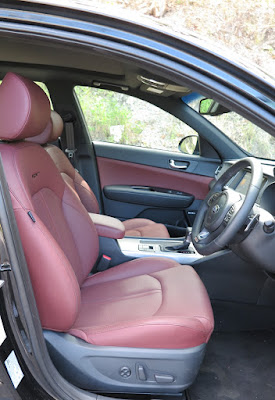 There’s nothing missing from the spec list, and there’s additional brightwork on the exterior to create a visual difference for the GT.

I do like the sweep of chrome trim over the doors ending near the base of the rear window.

In terms of styling, I prefer the GT's predecessor (below) with its lithe, cool and edgy design. The GT looks to me like it was styled by a student designer; a committee; or (heaven forbid); the Korean management! I think this new one is a bit stodgy. 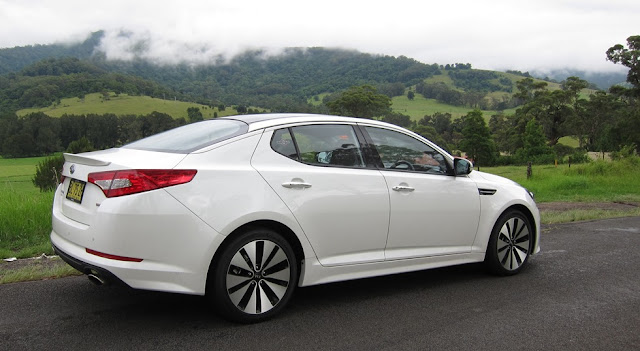 Also, the designers have indulged in some ‘appropriating of design ideas’ from other cars (none less than Jaguar), with a sweeping trim line from the doors across the base of the front windscreen (on both the Optima and the Sorento), but all up, the interior is a pleasant place to be.

If you choose the Kia Optima GT, you won’t be disappointed, with any aspect – but don’t expect to be the owner of a rorty-sporty tarmac blaster. 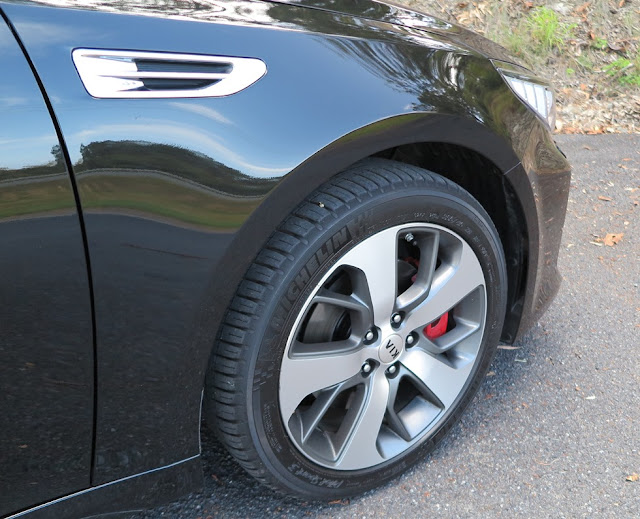 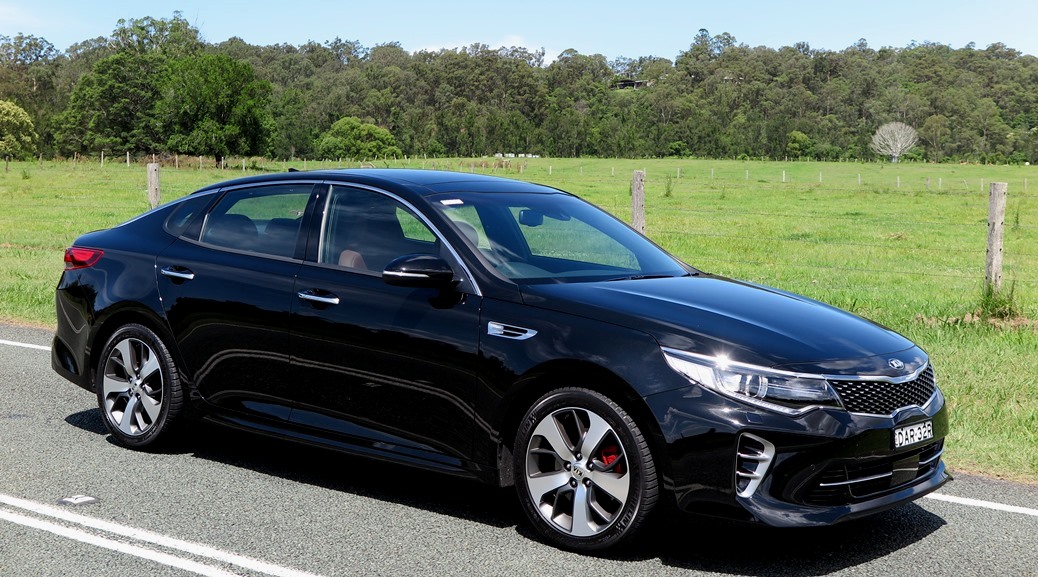 Posted by John Crawford at 1:43 PM