First, we’ll park it in the driveway and stare at it. 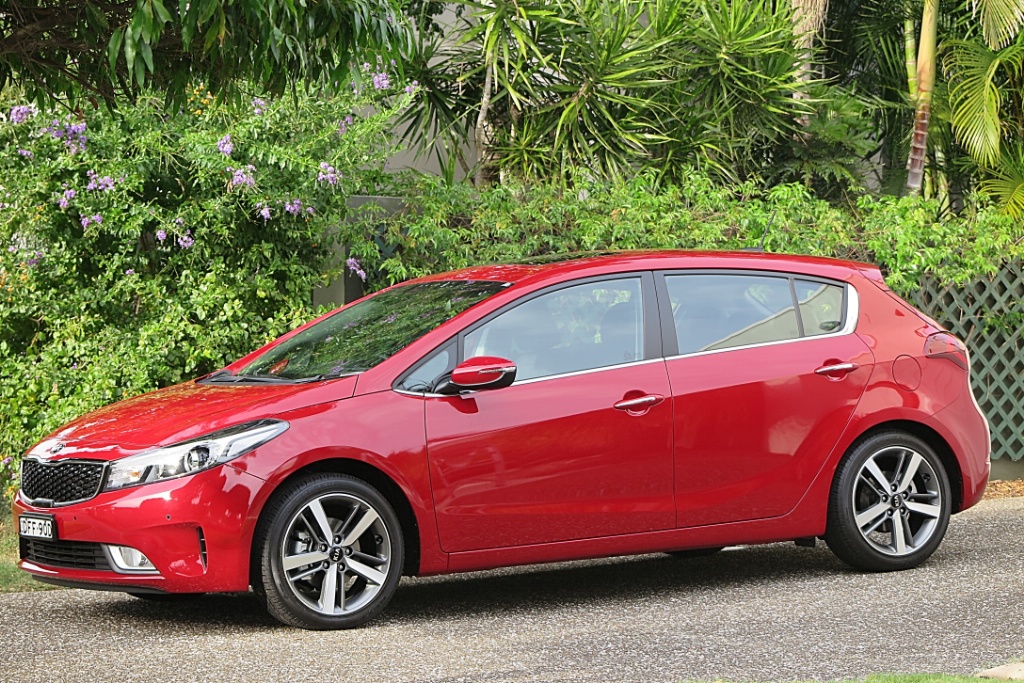 The Schreyer-smoothed lines are a sophisticated solution on a conventional hatchback concept. Nothing outrageous or revolutionary, but it’s a tight blend of subtle surfacing, and a very strong statement of individuality in a crowded small car market. Around the 'A' pillar is ever-so-slightly 'cab forward'. 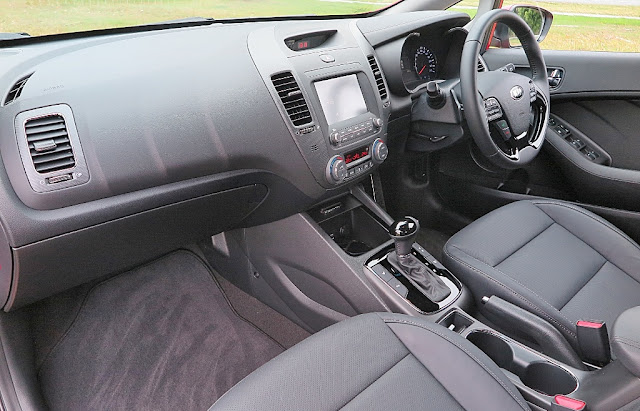 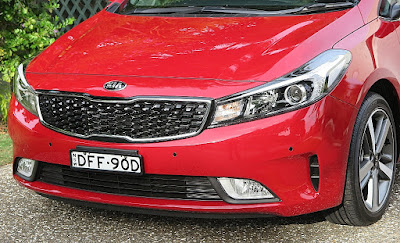 Officially, this is the 2017 Cerato PE - which is Kia-speak for 'facelift'; except it stands for 'Product Enhanced'. Okay, I get it, it's been 'freshened up' prior to being replaced.

It’s a very tidy design job, with new lamps front and rear, and when you take a look at the SLi spec page, this is Korea beating Japan at its own game. Well-equipped, good performance and excellent ride and handling adds up to a strong reason why the Hyundai-Kia powerhouse is blitzing markets around the world.

The ride and handling composure comes from Australian specialist engineer Graeme Gambold and a small team of Aussies working away on changing and massaging the moving bits – springs, shocks and roll bars. And what a great job they’ve done. The team also made changes to the steering system, which has resulted in much improved ‘feel’, especially on centre.

Australia is a blend of some of the best road surfaces you’ll find anywhere, and some of the worst. Crappy, rough-surfaced tarmac; gravel bush tracks and swoopy, undulating country roads that will catch out any suspension not designed to cope with the variety of roads we drive on Down Under.

That’s why Kia Motors in Korea deserves a pat on the back for listening to the locals, and accepting that the slush-bucket  ride standards the Koreans and the Yanks prefer, are simply not going to work in Australia – or Europe for that matter. 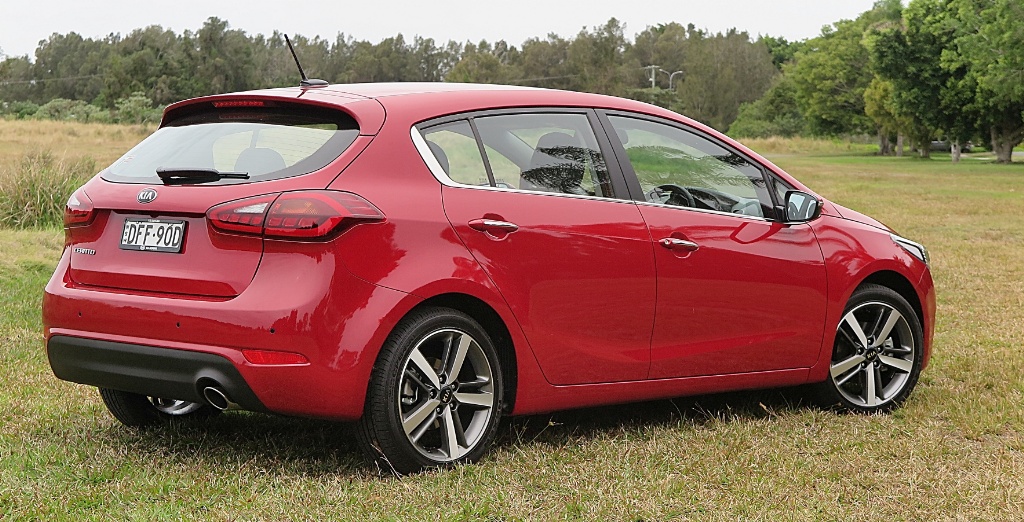 At an MRLP of AUD$32,490 the SLi version may be a bit much for some; so the S Premium model at AUD$24,990 should be just the ticket. That model blends most of the good stuff, including 16” alloys and SatNav, to deliver a well-equipped Cerato hatch that won’t blow the budget. It's also a great competitor for Toyota's top-selling Corolla.

Kia, together with parent company Hyundai are pushing very hard in developed western markets, and both marques have established an excellent beachhead in Europe and Australia; and while Hyundai is moving up the sales charts very quickly in the USA, Kia topping the list in the latest J.D. Power quality study should push its American sales further north pretty soon too.

Not much more to say about this baby in my driveway. Nice to drive, easy on the eye, roomy and excellent value, plus a 7-year warranty. Hell, under Peter Schreyer's tutelage this Kia could be a Golf competitor!

If this car could get some traction with potential Golf buyers, I'm sure they'd be impressed - once they overcame the badge snobbery!
Posted by John Crawford at 1:45 PM