A SWEDISH REVOLUTION by John Crawford 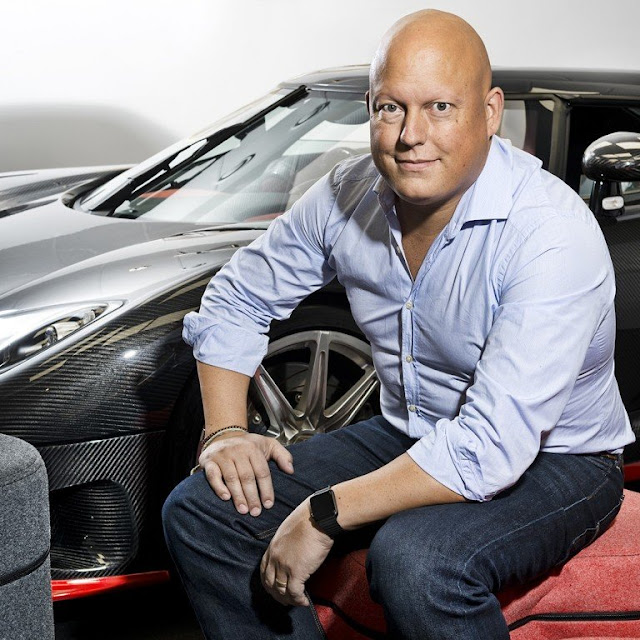 Christian von Koenigsegg is a very interesting guy, but right now he is leading a revolution - in powertrain design.

Sure the cars his tiny Swedish company has produced have been technologically brilliant, fantastic to drive (so I'm told) and absolutely exclusive - they are also expensive, but then so is anything with bespoke manufacturing, advanced technologies and tiny volumes.

However, when his new Gemera Hypercar debuted, what was under the curvaceous curves of the sleek wind-cheating body is much more interesting than just what an expensive, new hypercar may represent. 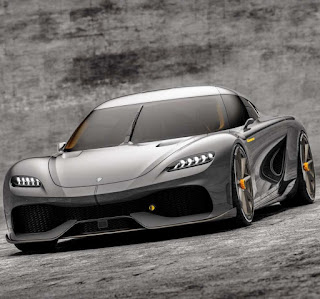 This car is all about the powertrain. There is a lot to say about it, but I have merely gathered a few snippets from the Koenigsegg site and some other sources to give you a taste of the TFG engine - which stands for 'Tiny Friendly Giant'.

Koenigsegg’s TFG 2.0-liter three-cylinder twin-turbocharged engine is a spectacular new design – producing over 600hp! It can run on essentially any type of combustible fuel including second-gen ethanol, CO2-neutral methanol, E85, or plain old gasoline.
The Freevalve system offers the ability to have independent control of intake and exhaust valves. For any engine load criteria, the timing of intake and exhaust valves can be independently adjusted. The ‘system’ decides how to operate the valves – depending on driving conditions; which combination to use in order maximise performance, minimise fuel consumption or regulate emissions.

The TFG engine has a dry sump system and Koenigsegg’s unique Freevalve design eliminates the need for a conventional camshaft. In lieu of a rotating camshaft the engine has a set of intake and exhaust valves, using solenoids to open and close them. 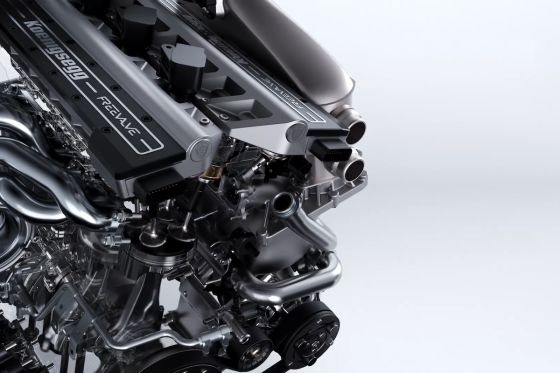 Koenigsegg claims the engine is 20-percent more fuel-efficient than an equivalent 2.0-liter four-banger. But in hybrid mode, the Gemera has a combined range of 590 miles.
The Freevalve system made it possible to create a patent pending, simplified two-stage turbo system. Quite simply, one turbo is connected to three exhaust valves – one from each cylinder. The second turbo is connected to the other three exhaust valves. During low rpm and part to high load, all exhaust gasses are pushed to only one turbo, by only opening one exhaust valve per cylinder – thereby doubling the exhaust gases to that turbine. When adequate boost is reached, the second exhaust valve is opened to start the second turbo.

The result is a three-cylinder two-liter engine that gives 400
Nm of torque from 1700 rpm and max torque of 600 Nm.
These never-before-achieved numbers in an engine of this
size make the TFG the most powerful engine per cylinder
and volume to date, putting it light years ahead of any other
production three-cylinder engine today.

Instead of having a dual-clutch or CVT gearbox, Koenigsegg employed its very own single-speed direct-drive transmission (KDD). Invented by Christian von Koenigsegg himself. This innovative gearbox was first seen in the Regera plug-in hybrid and allows the Gemera to behave pretty much like an all-electric car.
In addition to this incredible engine there are three electric motors – two on the rear and one at the front, which can produce combined output of 800kW!
Mind you, the interior is just as spectacular! 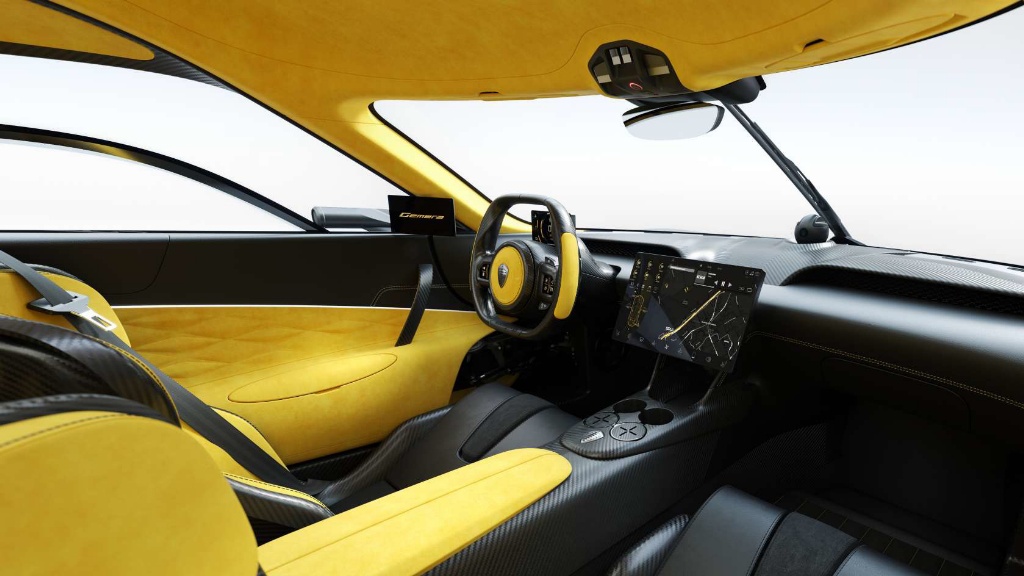 Make no mistake the Koenigsegg Gemera and its tiny three-cylinder ICE and electric motors are a revolutionary combination, and this is truly breakthrough engineering.
Excuse the weird formatting, but Google inhibits complete freedom of design with its Blog templates.
John Crawford
Posted by John Crawford at 9:25 AM