LEARNING TO DRIVE, IN THE 60s - by John Crawford

Things are sure different today. You only go to a Driving School after some poor member of the family, relative, family friend, dodgy mate, or total misfit is roped in to actually teach you the basics. And record their tuition time in a logbook.

When I started, back in 1958, I couldn’t afford a driving school (minimum 10 lessons), so I had to get creative. One of my best friends had just purchased a 1955 Morris Minor, which had the ‘Highlight’ front guards, and the tiny 840cc OHV motor.

I implored him to drive to the western outskirts of Sydney, to a deserted road, where I could learn that whole ‘clutch, gearshift, accelerator thing’. However, once you learned the basic synchronicity of the process, the rest was just remembering to keep to the speed limit. He was a trusting soul to let me crunch the occasional gear, or over-rev the engine.

Then I began a period of ‘farm stays’. My family used to ship me off to a dairy farm at Milton, about 200km south of Sydney, during the school holidays. The farm was run by Sid and Zelma, and I was ‘attached’ to their son John who was four years older than me. 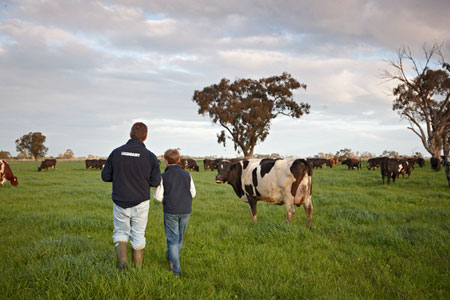 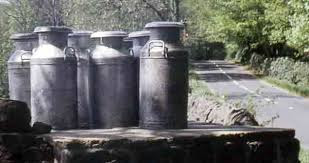 After the milking was finished, John had to drive the farm's Ferguson tractor and trailer, loaded with the milk churns, down to the front gate, to be picked up by the Dairy Farmers’ contractor.

After about my third visit, John figured it was time for me to drive the ‘Fergie’. Music to my ears. As a budding car nut, interested in anything mechanical, I loved the experience.

Mind you, it was nothing like driving a car. The Fergie had a four speed gearbox, but you never used it as you would in a car with a 1-2-3-4 progression. First gear was just for getting out of creeks. You started off in 2nd, and went straight to 4th.

This whole car-tractor process took about a year, but I became very competent, and ready to ‘legally’ get my ‘Learners Permit’ and take a couple of lessons with a Driving School which then scheduled my Driving Examination.

It was cheaper if you used your own car, so I managed to sweet talk my Uncle Keith into letting me do the test in his absolute pride and joy. First, he wanted to be sure that, number one I wouldn’t damage his mighty FB Holden, and second, that I really did have a chance of passing the test. Because if I failed, the family would no doubt blame him.

Thankfully, I passed first-time with flying colours, but the important thing was that I understood the entire process of driving a car – from a 4-speed, underpowered Morris Minor; to a Ferguson tractor; and lastly a ‘three-on-the-tree’ six cylinder Holden (a very powerful car, compared to the Morris Minor).

From there of course, it was a big step to my first car. My father helped me choose a well-used 1948 ('Lowlight') Side Valve Morris Minor, which was £100 (about AUD$200). It had been painted dark grey by the former owner, using a paint brush! However, I drove it with great enjoyment for two years. 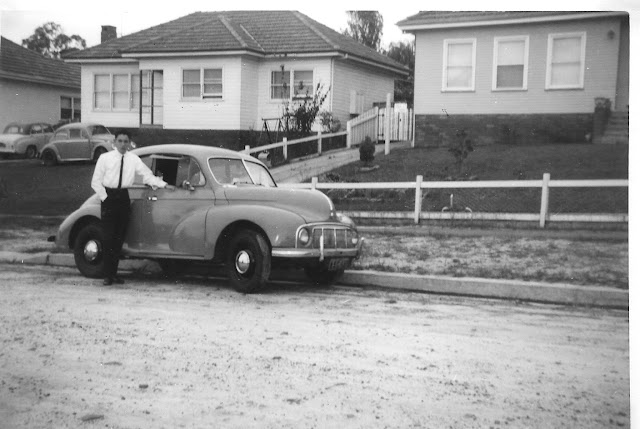 I was a Bank Teller at that stage of my working life, and attached to the ‘Relief Staff’ (meaning I travelled around NSW filling in for Tellers on annual vacation), and the pay scale was pretty good, so I decided a new car was in my sights.

Once again, my father got involved in the choices, and as I felt like a BMC Loyalist, we eventually chose a 1963 Morris Mini Cooper in two tone green. I don’t have a photograph of my car, as I never owned a camera, but this one is pretty similar. 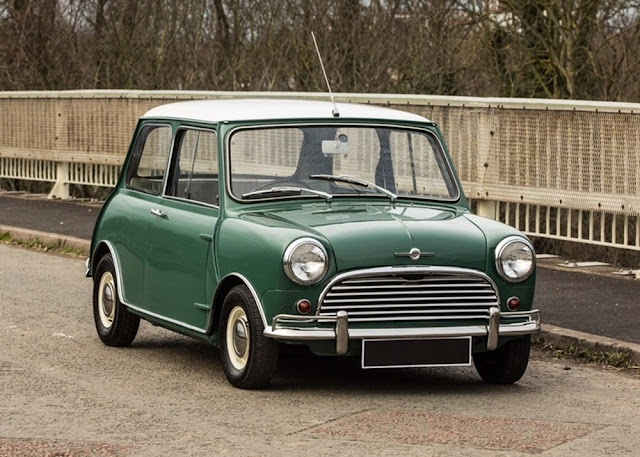 I purchased the car from a Sydney city BMC dealer called P & R Williams, whose sales staff included three of the funniest guys I ever met, who sold cars for a living. They were true Aussie characters.

Many readers as old as I am who were around the Sydney car scene in the 1960s will remember these guys – who raced, as well as sold cars. They were Brian Foley and Laurie Stewart (racers), and ‘Big Fred’ Hardingham, a well-known bon vivant.

Because I was just becoming known on the fringes of the Sydney motor sport scene, they were more than generous. They traded my ancient Morris Minor for £120 (around AUD$240), and I was the proudest 20 year old in Sydney, as my Dad and I drove home in what I think was one of the best cars I ever owned.

I did some Club racing on the short circuit at Warwick Farm, and a couple of Hillclimbs at Silverdale, but after I wore out the original Dunlop RS4 tyres, and hit my mother up for a full set of brand new tyres, my competition days came to an end. 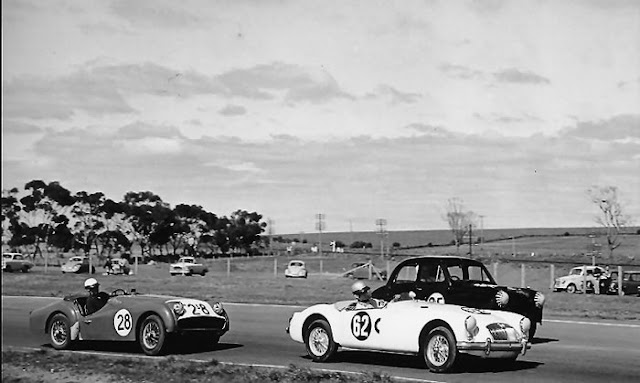 However the wonderful world of automobiles opened up for me, going on to become an avid reader of WHEELS, a motor racing commentator, a freelance automotive journalist, a Contributing Editor to RACING CAR NEWS, the Editor of MODERN MOTOR magazine, and finally a 40-year career as a global automotive public relations executive.

And, what a life it has been, beginning with the joy and pleasure of getting my drivers' licence.