In my story of the development of the 1935 Stout Scarab, I mentioned that the styling was by Dutchman John Tjaarda. This is a name very familiar to me, as I became very good friends with John’s son Tom – who is revered in Italy for his close connections to FIAT, from which sprang one of the Italian company’s most iconic cars – the FIAT 124 sport.

Tom Tjaarda was a gentle-man, a gifted designer and a thoroughly nice bloke. We shared many glasses of red together at Pebble Beach, when we met for our annual discussion about car design, styling inspiration and simply, just cars.

As I mentioned when I profiled him back in June 2017 he is responsible for a huge body of work, just some of them are pictured here.

As a design thesis he created a ‘sport station wagon’. The idea earned him an internship at Carrozzeria Ghia, so he moved to Italy in 1958. Alongside Ghia’s Sergio Sartorelli, Tom designed a huge number of cars, during his time at Ghia, but he moved on to Pininfarina in 1961.

In a career spanning 26 years, working with Italy’s major carrozzeria his body of work was an incredible list of more than 70 different cars. There's too many to list, so look him up in Wikipedia. Sadly, Tom passed away at his home in Torino, aged 82, on June 1, 2017.

In addition Tom worked on parts of cars, interiors, and detailed exterior finishes. 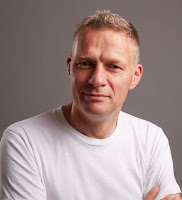 As I was interviewing Hyundai Prophecy designer, Simon Loasby, we discussed the design of the 1935 Stout Scarab by John Tjaarda and I mentioned that I was good friends with his son Tom.

Remarkably (although maybe not so much in the pantheon of car designers), Simon contributed his own Tjaarda connection –
“From 1985 to 1989 I studied Mechanical Engineering at Imperial College with sponsorship by Rover Cars.

“At the time my father, Mike, had his own engineering consultancy and was working on a car project with a designer in Italy. Just before one of his trips to Turin I requested that he ask if the designer would want a student for the summer... the designer said "yes" and fortunately Rover considered the placement as part of my training.....

“So, I travelled out to Turin to start work with Tom Tjaarda for 4 weeks. The projects I did at "Dimensione Design" were key to me gaining a place to start at the Royal College of Art in 1989...”

As I have already mentioned Simon went on to work with Rolls-Royce & Bentley Motor Cars, where we first met in 1998; then he moved to Volkswagen Design (first in Wolfsburg, then in China), and now he’s Head of Design for Hyundai at its Namyang studio in Korea.

Simon’s father was also a dedicated enthusiast and amateur racer. Here are photos of Mike Loasby in the ‘60s with his Brabham BT15 (together with his mechanic Brian Leake). Simon’s father owned and raced this car from 1965 to 1967 then sold it. Dangerous times for drivers then, and to be competitive was very expensive.

Simon’s father then moved into corporate life becoming an engineering and development driver for Aston Martin. Simon shares this photo of his father testing the DBS V8 at Silverstone in the 1970s. 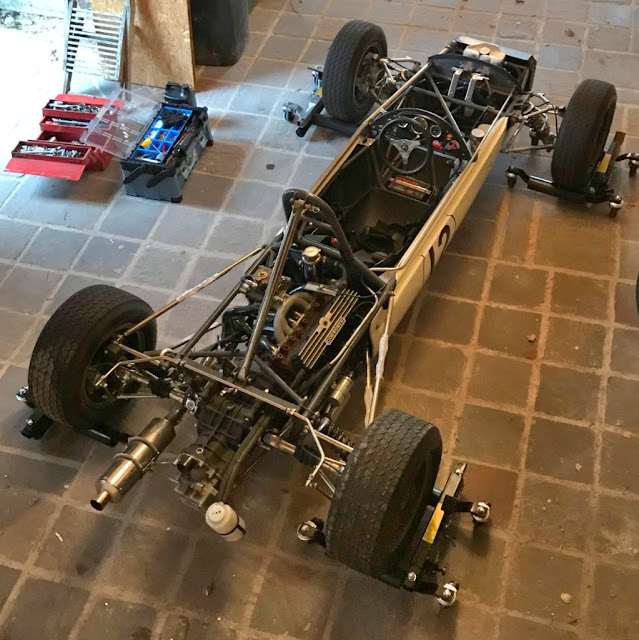 But the racing loop is completed now, when 48 years after leaving the Loasby family the BT15 (which went on to owners in the USA and Australia) turned up again in the UK, fully-restored.

Fortunately #12 is now back in the hands of the Loasbys after 50 years.

Simon tells me has tried it on for size, but sadly, his day job at Hyundai has so far prevented him from getting back to the UK to drive it. 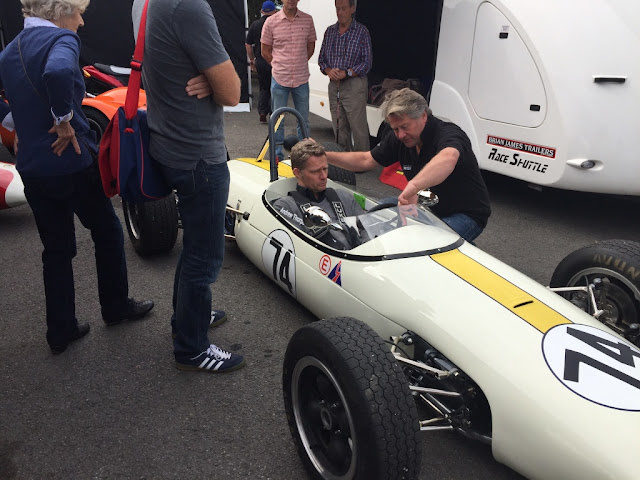 However, as far as I am concerned this simply confirms Simon Loasby’s credentials as a ‘real car guy’.