After almost 35 years in the car business I’ve seen some really dumb decisions about designing, planning and launching new models. You’d think that history was the best teacher, wouldn’t you? Well, no. A lot of suits in the car business are so far up themselves they can’t see failure written all over their prized, planned project.
If you want a simple example of how to do EVERYTHING wrong, there’s the Chrysler Pacifica. Now this was an America-only beast, so I don’t expect the name to spring to mind, but it’s a cautionary tale some young automotive managers aspiring to wear suits and have a corner office, may take to heart. 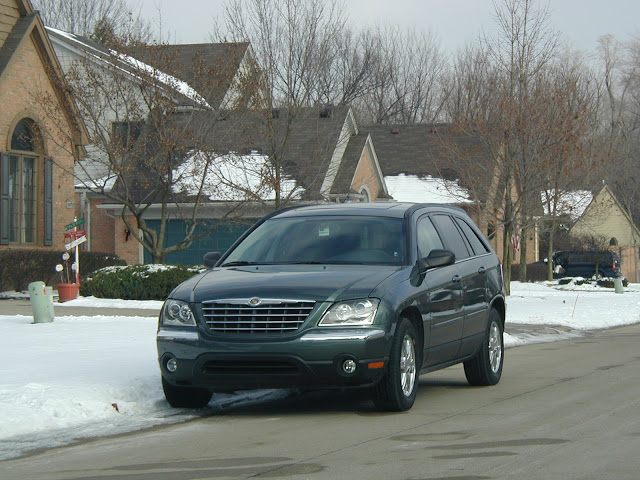 When I first heard about the concept, I thought this could be a winner, in a country that LOVES bigness and will pay for it! The Pacifica was going to be a combination SUV and Minivan, what we now call a Crossover (or in American-speak, a CUV). What it turned out to be was a station wagon on steroids.
This was also when the god-like (in his own mind) Jurgen Schremp of Daimler-Benz corner offices in Stuttgart, Germany (now living in obscurity), was running Chrysler. That’s the ‘merger’ that wasn’t a ‘takeover’! Remember!
Let’s start with the planning. As the team at www.truthaboutcars.com said; "The Pacifica was neither fish nor fowl, just a big-assed station wagon”. 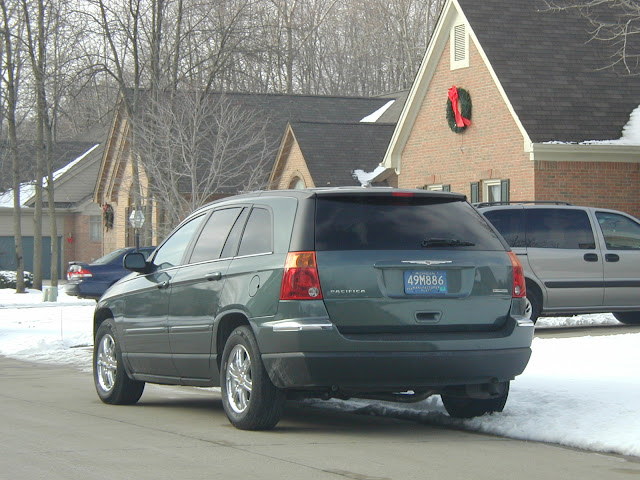 The designers employed a number of styling tricks to try and obscure the heft of the car, with creases along the sides, and the rocker panels, to make the vehicle appear long and lean. However, its interior package-efficiency sucked.

Of its three rows of seats, the first two were fine for ‘real’ people, but the third row was reserved for legless midgets! And with all three rows erected - there was little or no luggage space!
However, in my experience the real tragedy occurred with the engine choice, and the pricing. The pricing details are too ‘local’ to mean anything outside the USA, but suffice to say, it was more expensive than the market would pay. Then the underpowered engine proved completely gutless, so the performance and fuel economy was resultingly woeful.
The project so far was a victory for: idiot product planners, fearless bean-counters, and a senior management disengaged from the reality of the market.
There are some indisputable facts in the marketplace, and planners and management should pay attention. The idea is to ‘give’ the market ‘surprises and delights’, not cheat by cutting back on value, with an eye to a bigger profit per unit. That philosophy stopped working in the 1950s and 1960s.
Back then the US car companies used identical chassis, inner panels and powertrains every year, and just changed the interiors and the external panels. That was enough to convince the mug car buyers that this year’s model was ‘new’ - and the car companies banked huge profits. The economies of scale allowed them to just ‘pretty-up’ the stuff people could see, and leave the fundamentals (the stuff that really costs money) as it was.
Then there’s pricing. It’s not rocket science really. Don’t simply divide the development cost by projected unit sales to come up with a price. First of all, the only known factor in this equation is the development cost! Price the car to ‘sell’ - lots and lots of units. Then in the next model generation and the one after, you can inch up the price by adding options which give an appearance of greater value, whilst not increasing the production costs by the same amount.
I’ve often argued this point with bean counters and managers. Wouldn’t it be a psychological, and profit, booster to have the public see ‘hundreds’ of these new cars on the road, regardless of the immediate return. Then, when the car is viewed as successful, more people will consider it! The more people who consider it and buy it, the greater the return from a meagre margin - rather than an overpriced car which doesn’t sell, and then the lack of apparent numbers 'on the road' suggests to the punters that it’s a dud!

To wit, a year or so ago there were still Brand New 2008MY Pacificas sitting on Chrysler dealers' lots, unsold!
The business of making profits and marketing cars successfully isn’t really a big challenge - except to the egos of the men in suits!
Posted by John Crawford at 8:20 PM