We Baby Boomers are being dragged toward a stark reality, and Driving & Life is included. The romance with the car, and romantic notions of driving for pleasure, are fast becoming a thing of the past. Fear not, I don’t think cars will disappear any time soon, but emphasis on how and where they are used will change dramatically over the next 10-20 years.

I grew up in an era where you avidly read car magazines, did all the mechanical work on the car yourself, sending the car to a workshop only if you didn’t have the equipment or the knowledge to complete the task. In my era we still fueled our dreams with terms like Grand Touring, the 24 Hours of Le Mans, Grands Prix, Ride & Handling, and exploring the Amalfi coast at high speed on a serpentine stretch of great driving road.

Generations X and Y are already showing less interest in cars as a passion, they seem them as a utility. Alarm over energy use and petroleum reserves are now more dominant in their minds, than how the car handles the Amalfi coast road, or how fast it accelerates from 0-100km/h. They’re actually more alarmed about where to park the bloody thing! And how much that will cost!

Social, legislative and natural forces are more and more restricting how we use cars and where we drive them. A report published in The Australian ( 26/10/2012) by a team led by Peter Newman from Curtin University in Western Australia is, I believe, a defining moment in the debate over transport by personal car.

The report argues that we should be spending less on roads and more on rail, and other mass transport solutions. We should stop taking personal cars (with one occupant) into the city. It says money invested in roads will limit Australia’s productivity, compared with major cities around the world which are embracing railways and light rail.

Since 1980, the report says, more than 80 major cities have increased their spending on underground rail, and light (surface) rail, pushing cars further and further towards the city limits. The cost of fuel, parking, and road tolls will do the rest.

The evidence is clear already, in Sydney and Brisbane. Recent projects like the Cross City Tunnel in Sydney and the Clem 7 Tunnel in Brisbane are not realising the rate of return (toll receipts) that was envisaged, because people can’t afford regular use of these roads.

Other reports cite the fact that removing the surcharge on two stations on the Airport Rail Link in Sydney, would increase rail use by 50% and would be more practical than building an extra lane on a freeway.

Sure you can drive a Ferrari, just not in the city! Keep it for the weekend and take your partner touring to the country, and help bolster regional tourism and spread spending across the country.

Whereas, when you go to work, or shopping , in the city, use the light rail - hopping on and off exactly where it suits you.

I vividly remember the uproar from car owners when the Pitt Street Mall was built in central Sydney, because individuals in cars were no longer able to drive right up outside their favorite store, park, and shop! Well, guess what - there are even more restrictions in Sydney now, and that dream is long gone.

Sydney city streets are home to public transport, and cars just passing through - or more precisely going from their garage at home to an expensive parking station in the city.

I very much favor banning personal cars from cities. Having travelled widely in Europe, and embraced underground trains and light rail with pleasure, I can definitely see the the value and commonsense in this report by Peter Newman and his colleagues.

There’s no reason for Bugatti to stop making exotic cars, just as long as the owners keep in mind that they’ll be driving the car rarely, on out-of-town highways, doing battle not with classic bends and straightaways, but speed cameras and the Highway Patrol. 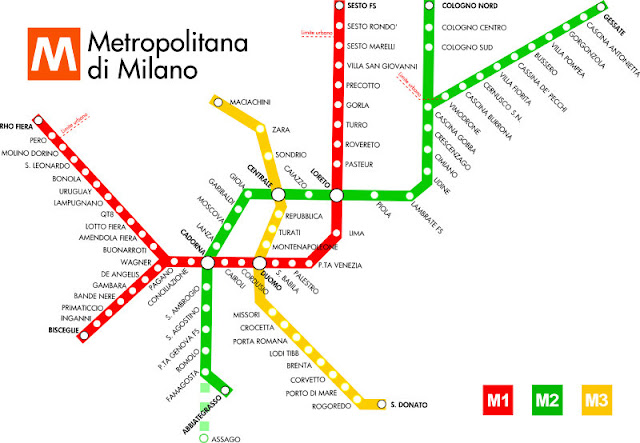 For example, in Milan, Italy, the underground is easily the best way to get around the crowded city.

In Padua the light rail is classy, comfortable and drops you right by a pedestrian complex, where you can listen to a classical pianist playing for passers by. Now isn’t that more civilized than circling the city blocks searching for that elusive, exhorbitent parking place?

Posted by John Crawford at 9:14 AM