Take Me To The Benz 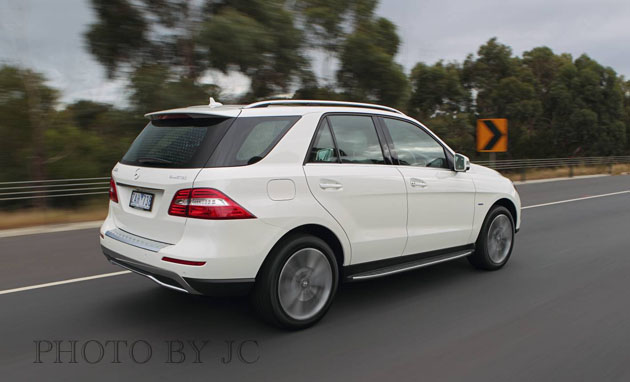 Let me explain. This latest version of the popular M-Class is quiet, refined, beautifully-finished, comfortable, and performs well – giving the driver great confidence on-road, and presumably off-road too, which are exactly similar qualities found in the latest Range Rover. 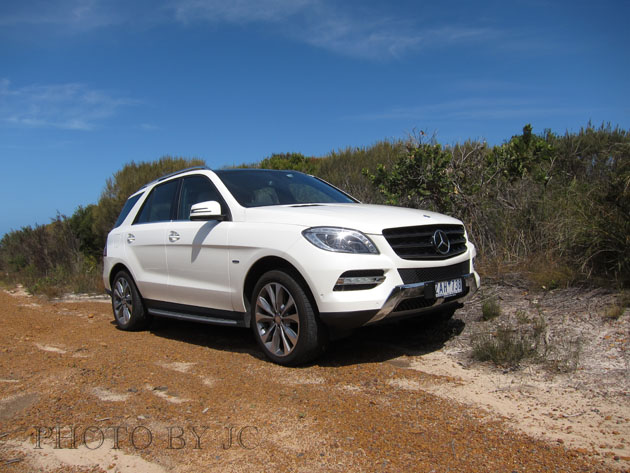 However, the occupants of the ML 350, and especially the driver, are totally isolated from everything outside the car. Even the suspension manages to obscure some of the subtleties of the terrain. The Range Rover engages its driver, provides outstanding feedback from steering and suspension, and you know you’re driving it. In that respect the ML 350 is nothing like a Range Rover, and that’s a good thing. 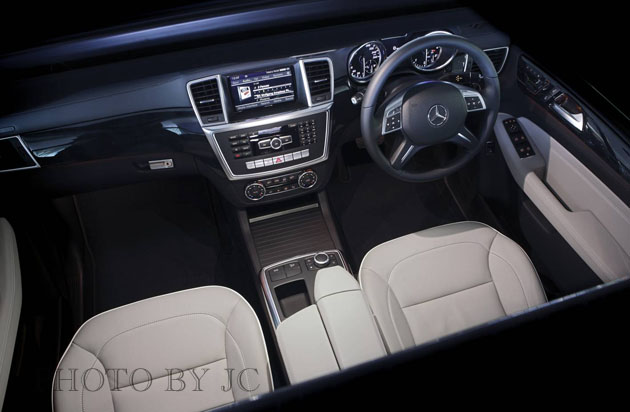 The M-Class has carved out its own niche of appeal for people who just want an extremely competent, and very classy SUV, which will take them from A to B with no worries. And, in extremely well-finished comfort, with all the bells and whistles.

It hasn’t always been like this. My good friend, Byron Mathoudakis (who writes for GoAuto.com) observed that the previous two generations of the M-Class left a lot to be desired. They lurched and swayed when underway, the electronics were unreliable, and the fit and finish were appallingly inconsistent. 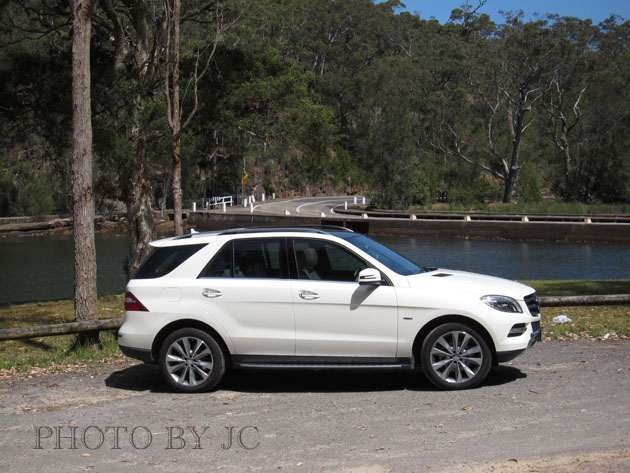 This latest ML has surprisingly humble origins, because the ML shares it platform and underpinnings with the more plebian Jeep Grand Cherokee; and yet Mercedes-Benz has pulled out all stops to deliver maximum refinement.

When you’re paying $100,000 for an SUV, you expect better and I think this latest iteration delivers. I complimented my friends at Mercedes-Benz on the intuitive controls for the Multi-Media Centre (MMC), and the fact that the controls now looked very similar to the Audi approach. “Yes, they are certainly easier to use.” was the reply. 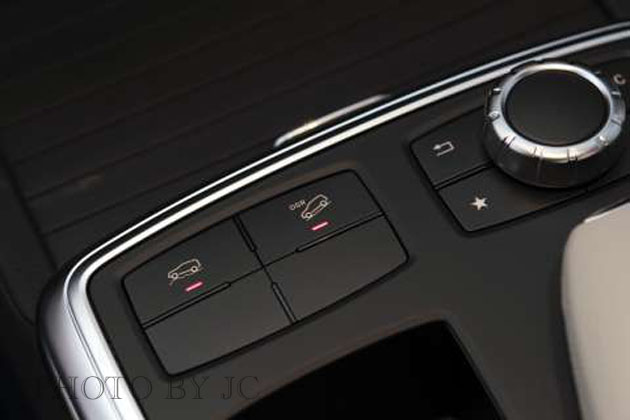 You see, I’ve often thought that if someone else has a good idea, employ it with your own mods – because the customers who test drive everything in the class when they’re considering a purchase, know what works and what doesn’t. BMW found that out very quickly when it introduced iDrive. What a joke! It was so clever, so advanced, so complicated, and so frustrating (!!) that BMW embraced a lot of the Audi approach too in the second and third generation.

Sometimes the brainy engineers who devise this stuff forget that their cars are driven by mere mortals! 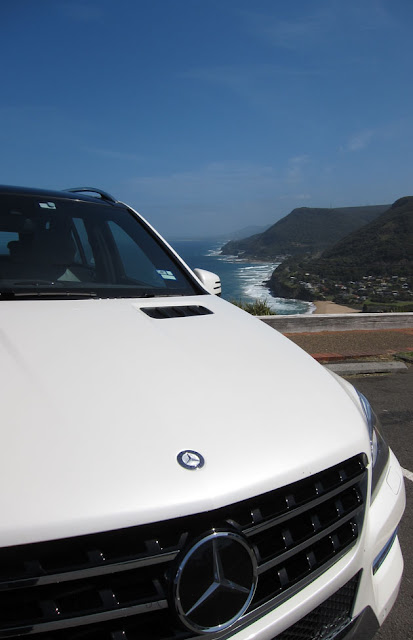 But, back to the driving. The ML 350 on the highway is quick and quiet, and the performance makes you wonder: “How good is this six cylinder engine!” It’s responsive, and unfussed when called upon for sustained high speed and for overtaking. Fuel economy was pretty good, but not quite as boastful as the official test figures. You could figure on 12 L/100km in regular use I think.

I think the most impressive thing, after just getting into the car, was that within five minutes I had connected my iPhone to the entertainment system, and had my favourite music playing; and the Bluetooth connection for the phone was just as simple. So intuitive I didn’t need to refer to a manual. 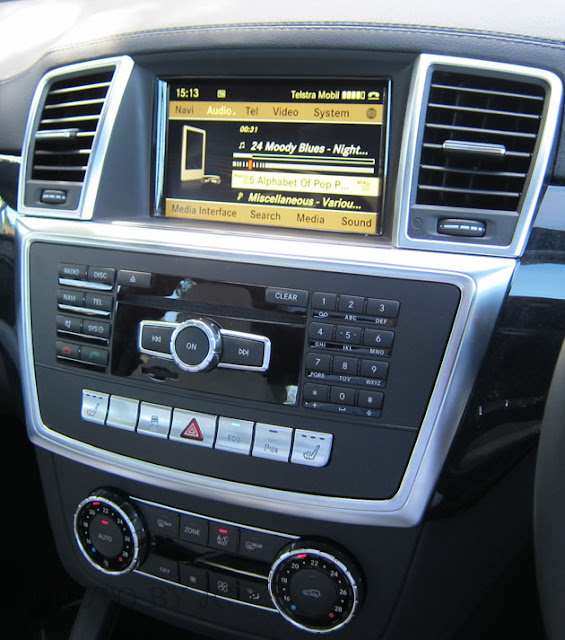 The transmission selector is deceptively simple too. At first glance, the column-mounted change lever could be mistaken for a trafficator, but when you work out its real purpose, it reveals just three positions – Drive, Neutral (and Park) and Reverse. 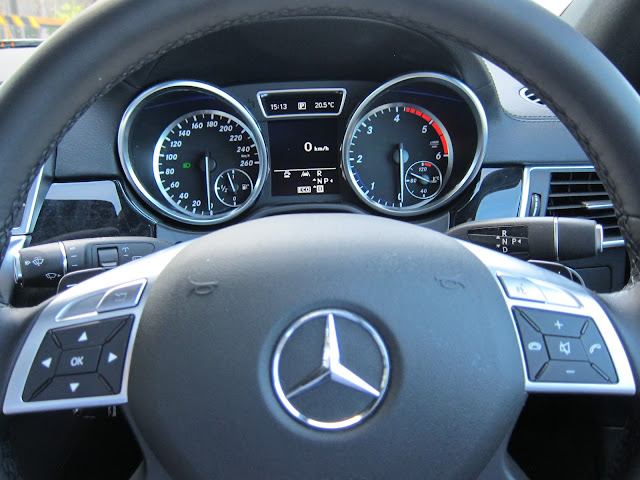 When you’re underway, you can play with gear speed selection via the steering wheel paddles, but truthfully I never felt the need to do any more than stick it in Drive, and drive! 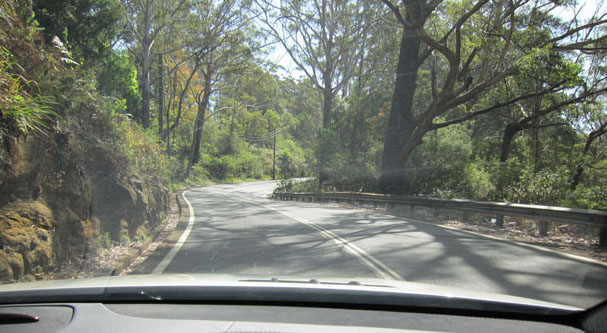 The ML 350 is a big SUV, so with seats folded it’s capacious and practical, and the seats themselves are firm, in the German tradition. I’m not sure I could do Sydney to Melbourne without a bit of squirming to remain comfortable.

If I were spending my own nickel in this sector I think I would opt for the diesel version. The extra torque of the oil-burner makes it very responsive in the city, and the difference is very noticeable. Plus, if you do go off-road, I guarantee the diesel ML 350 will feel like a stump-puller! 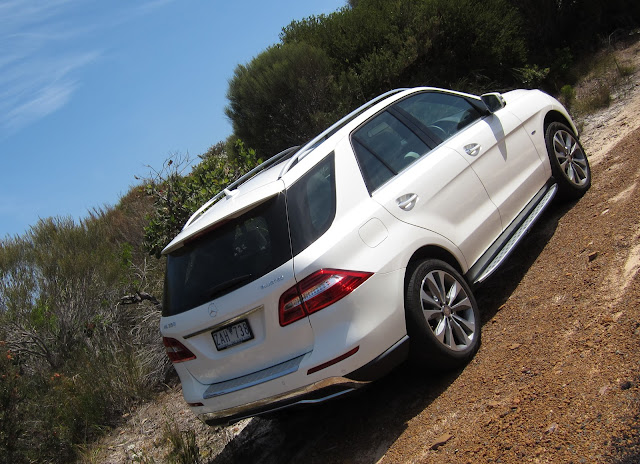 It would be churlish to complain about anything in the ML 350 Blue Efficiency, because Mercedes-Benz has obviously risen to the challenges from the marketplace, and their owners. It’s beautifully-finished, with high quality materials and great standard features and for someone who simply wants a fuss-free and classy SUV, it’s just the ticket.

Posted by John Crawford at 8:41 AM