Given the resurgence of the Bentley marque following its acquisition by Volkswagen Group in 1998, there has developed a keen interest in classic Bentleys. Despite the fact that W.O. Bentley only ever produced about 3,000 cars during the short life of his company, the world now seems to be knee-deep in classic Bentleys - many of which have very questionable provenance.

The ‘real’ classics are well known to any true Bentley aficionado, and global members of the Bentley Drivers Clubs, but surely one of the most fascinating, is the one-of-a-kind Embiricos Bentley. 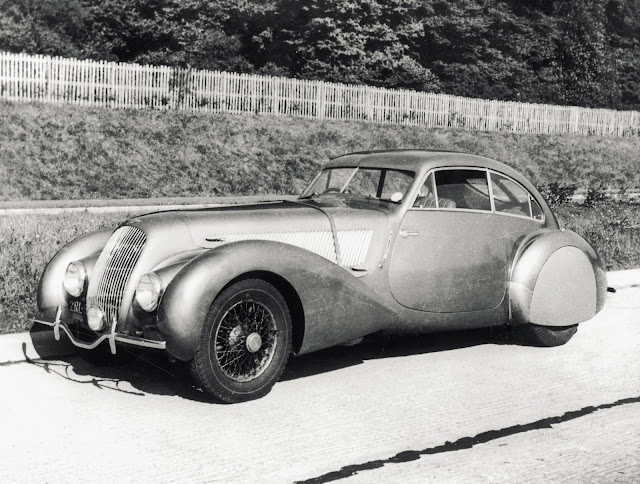 Indeed there have even been replicas of this car, but there is only ONE true Embiricos Bentley and its story is fascinating. 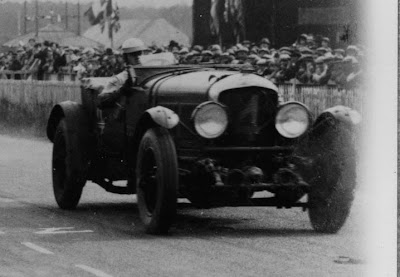 During the racing heyday of the marque, Ettore Bugatti once described the huge, upright Bentleys which triumphed at Le Mans, ‘British Racing Lorries’ - such was his disdain for the big, brutish cars.

Aerodynamically-efficient they were not, and even after 1931 Bentley’s new owner, Rolls-Royce, didn’t seem much interested in producing anything that was remotely streamlined.

In the mid-1930s Rolls-Royce was approached by its sales rep in Paris, Walter Sleator, on behalf of Greek shipowner, and gentleman racer, André Maris Embiricos, who wanted a custom-built car.


Sleator convinced Rolls-Royce that a French designer, Georges Paulins, who had penned some aerodynamic shapes for Talbot Lago, could build a streamlined body on a 4 1/4 Derby Bentley chassis.

The British company sold the chassis, but wanted no part in the creation of the custom car. Paulins, who worked with coachbuilder Marcel Pourtout produced what many have said was the best-looking ‘British’ car to that time! It was completed in 1938.

The secret to its performance was an increase in horsepower provided by the Derby factory, thanks to higher compression and bigger carburettors (lifting power from 125 to 142 hp), but it was the lightweight body crafted from Duralium which made the biggest contribution. Duralium is an age-hardened aluminium alloy.

Hay sold the car in 1969, then after passing through several hands it was acquired by Arturo Keller, a lover of fine cars and a true self-made man who created and runs the Keller Wine Estate in Petaluma, California.


Bentley Motors would dearly love to own this true classic, but Arturo says he has no plans to sell it. He has loaned it to Bentley Motors on occasion, but it remains part of his private collection.

Probably the most fascinating fact about the Embiricos Bentley is that when tested in a wind tunnel in Bristol, England it’s aerodynamic lines were found to produce a faster airflow backwards, than forwards!

Reminds me of the story about the streamlined Jaguar XJ-13, penned by aircraft designer Malcolm Sayer. It was an extremely slippery shape, but was so effective that at any speed over 160mph, it wanted to leave the ground and fly! This was well before we knew about wings, spoilers, and downforce on racing cars.

Despite the striking design of the Embiricos Bentley, the Rolls-Royce company was never adventurous enough to imitate the streamlined shape, but in 1952 conceded that its stylists could produce a more rakish coupe body on a Bentley chassis, and that model became the famous Bentley Continental R-type, another truly iconic Bentley. 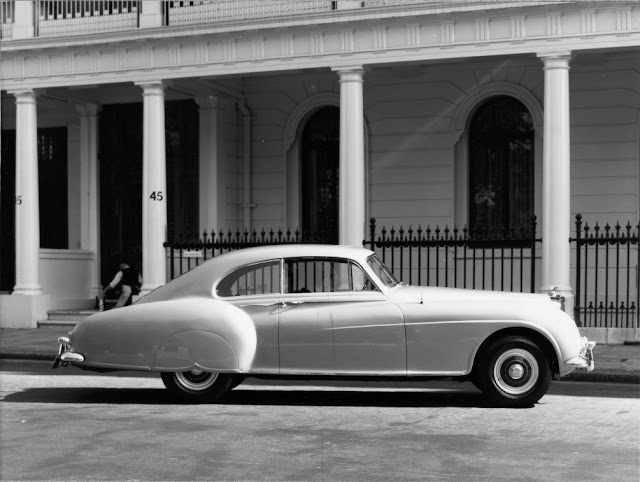 Posted by John Crawford at 4:41 PM