In almost 50 years of messing around with cars - selling, driving, mechanicing, competing, writing about them and working in the industry I guess the most vivid element of my enjoyment is that I am a ‘styling junkie’. I am fascinated with car design and engineering, and fortunately for me there are a large number of designers among my car industry acquaintances.

They’ve all been totally different personalities, and from a variety of backgrounds. However, one of the most interesting people I’ve met in just the last few years is the Belgian-born Louis de Fabribeckers. He is currently the in-house designer for Touring Superleggera of Milan.


Touring has a long and illustrious history and I’ve written about them when the company showed the Bentley Flying Star Shooting Brake in Geneva in 2011; and later when Louis’ latest creation, the contemporary Disco Volante, debuted at the Geneva Salon in 2013.

This year in Geneva, Touring displayed not only the new Disco Volante, which is based on the platform and mechanicals of the current Alfa Romeo 8C Competitizione, but it was granted the privilege of showing the original 1952  Disco Volante coupe, specially released by the Alfa Romeo museum in Arese for the occasion.

On the second of the two press days in Geneva it is much quieter on the Show floor, and you get the chance to enjoy longer and more involved conversations with many of the personalities who attend.

Ambling up to the Touring display I found a relaxed and talkative Louis de Fabribeckers, who was very keen to discuss the creation of the latest Disco Volante. 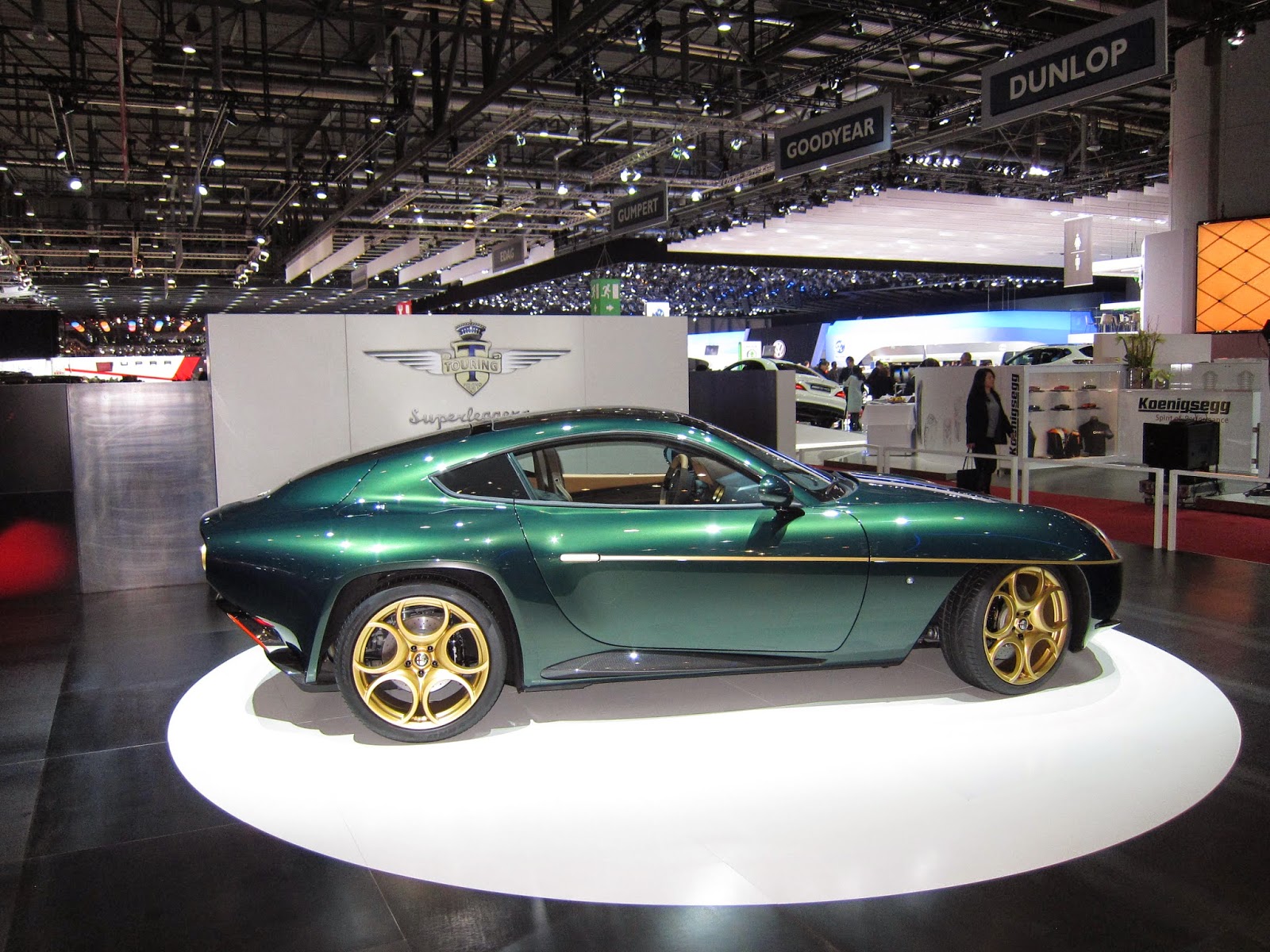 Standing next to the 1952 car, he said the toughest part was to ‘emulate’ the original theme without copying the lines, or making a retro-looking modern version. He also eschewed blending some of the original themes with new ideas to make a ‘design pastiche’.

LdF: “The main problem was proportions. You can ‘feel’ the car’s character thanks to the proportions, but from 1952 they are completely different – length, width, wheel diameter, engine position. It was very challenging, to do something new, but retain the original character.” 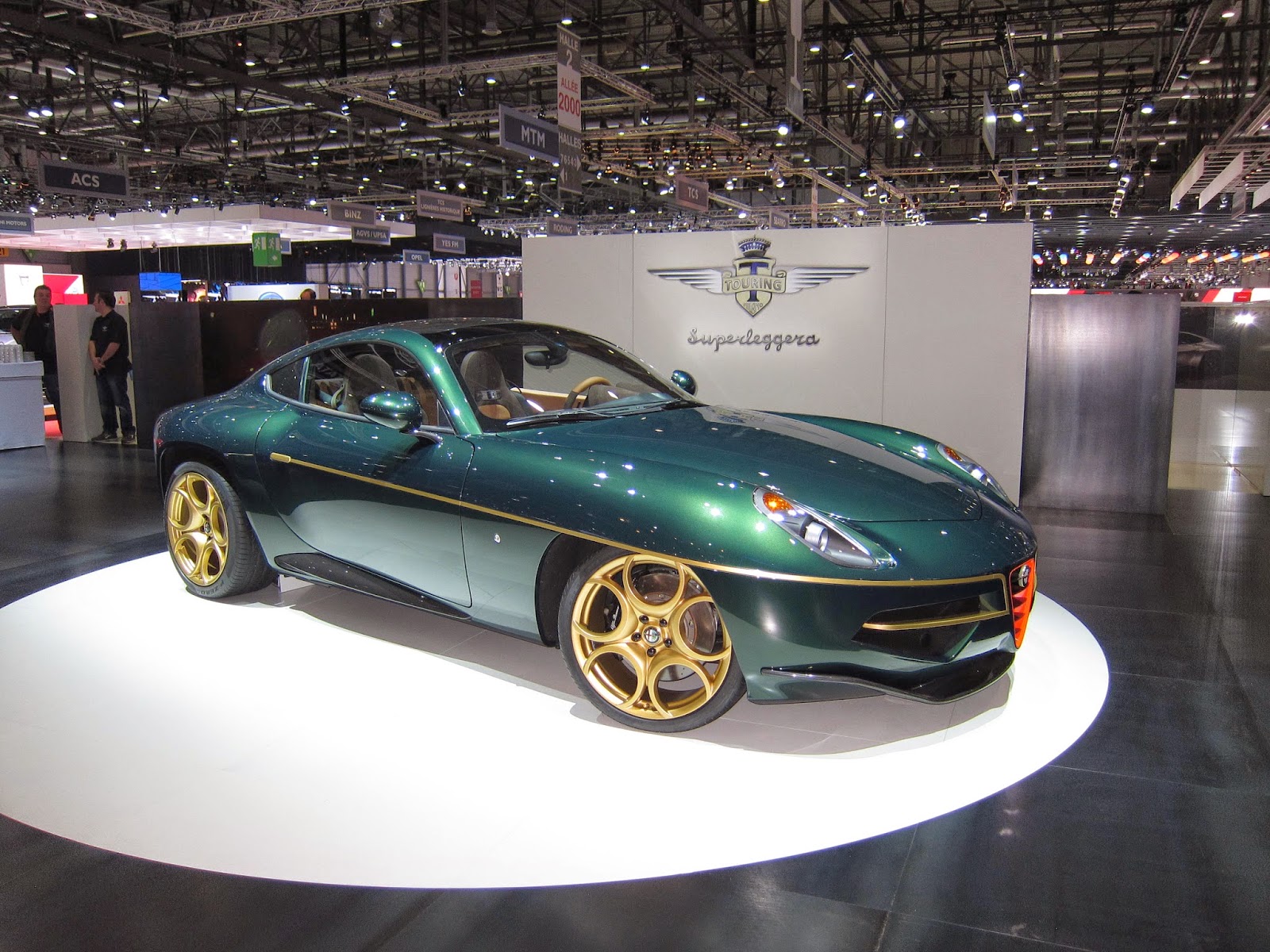 JC: “It seems that when you look at the new car in Plan View, it’s possible see a version of the ‘Coke bottle’ shape of the outline, and how has this manifested itself in the 2011 design?” 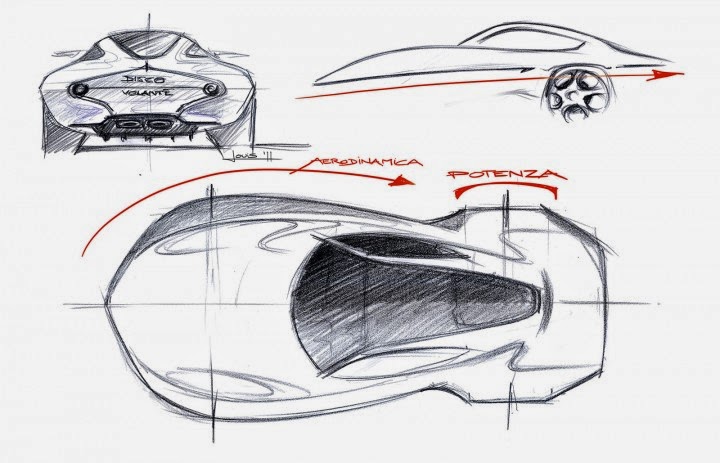 LdF: "This allowed us to cover the front wheels, without increasing overall width. It was a combination of brave design elements, and very tiny and subtle changes. I think we achieved the finished result with many small details."


JC: “Looking at the new car here on the Stand, it seems you got the proportions exactly right.” 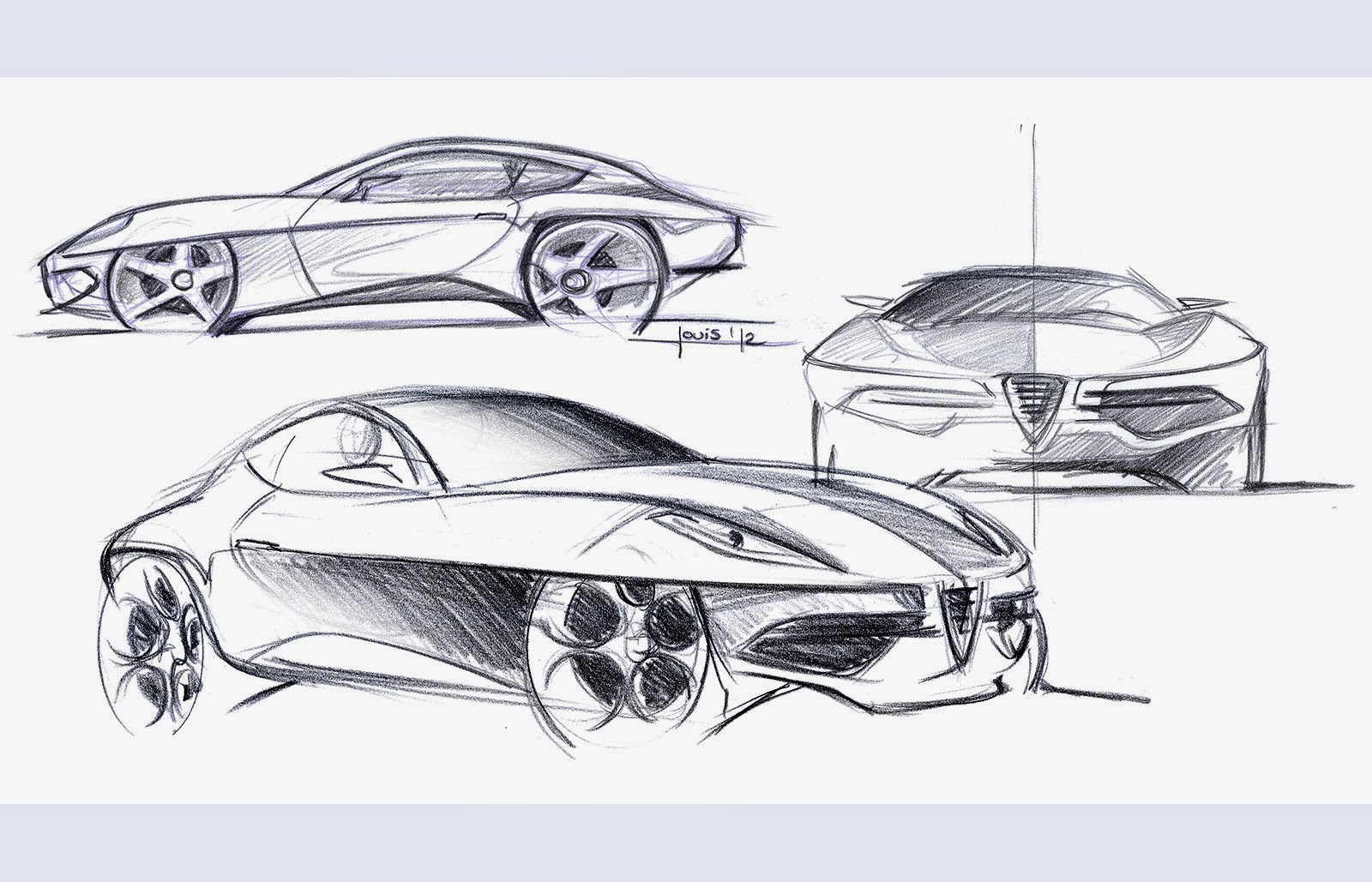 LdF: “I think so. The bonnet appears longer than it actually is, and given that we have to provide excellent space in the cabin, we did not increase overall length out of proportion with the overall design, nor did we have to have an abrupt rear-end design. I think this car has a great flow, and sense of speed in its static form.”

That this car is a design tour de force I believe is unquestionable, because it arouses interest from
a lot of well-known car buffs, including one of the world's great enthusiasts - Jay Leno. 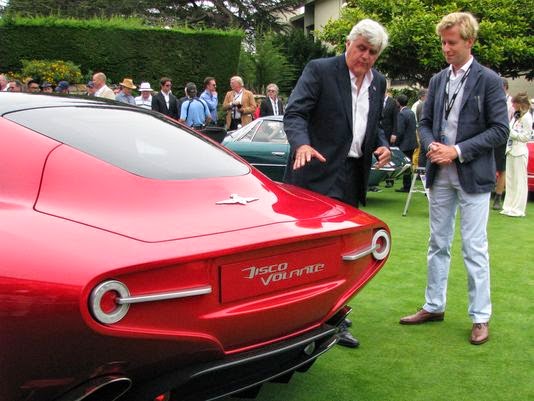 I was so impressed with Louis’ obvious design skills and his air of confidence and yet he has an attractive humility too. Like Touring Superleggera of Milan, Louis de Fabribeckers boasts an impressive lineage. Although Louis enjoys a long, and impressive family line descending from Belgian royalty.

In fact Louis can directly trace his lineage as far back as the Knights of the Holy Roman Empire of 1705, and subsequently the family name of the ‘Fabribeckers of Cortils and Grace’. 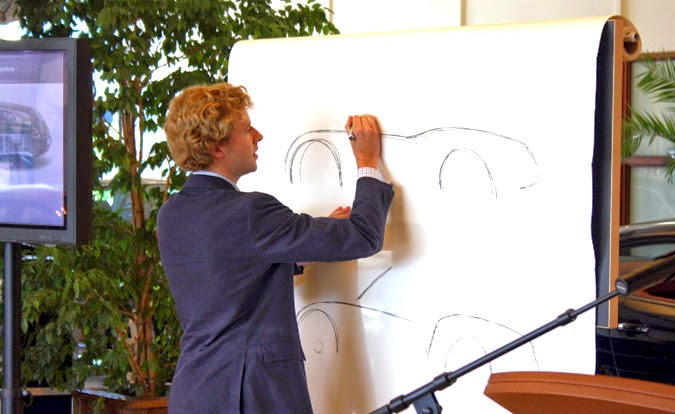 Despite this grand family tree Louis is charming and self-effacing. He is at pains to remind me that his design can only be brought to realism by the outstanding craftsmen he works with at the Touring of Milan production facility.

Of course, cars like the Bentley Flying Star and Disco Volante are only built to special order, and thus the buyers of these cars have the pleasure of owning a unique and very limited production classic.

It’s great to see that there is still enough taste and desire for beautifully-crafted automotive designs among the current crop of collectors and enthusiasts.
Posted by John Crawford at 5:35 PM