Tiny details coming out of the New York Auto Show and some well-placed friends in Milan suggest FIAT-Chrysler Chairman Sergio Marchionne has decided that the suggested Alfa Romeo Spider built over the next MX-5 platform will now not happen! 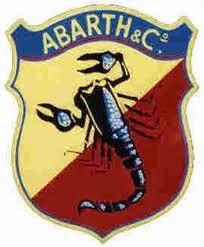 It appears that Marchionne is discussing using the Abarth badge (which FIAT owns) to develop another revenue stream for the struggling Fiat division, and to inject some more verve into the domestic marque, and maybe even export potential.

In 1966 Tom Tjaarda, working at Pininfarina at the time, designed the 124 Sport. The car shared the numeric title of the 124 sedan and coupe and a lot of the mechanicals; and it was very popular - especially in the USA.

At the time, Abarth (which was a separate company) developed the its own version, which was mainly used for competition.

The 2015 Mazda MX-5 powertrain and chassis which was revealed last week in New York may now form the basis of an Abarth Spider, made entirely by Mazda in Japan, alongside the MX-5.

Whilst disappointing for the Alfisti, I can see a broader strategy at work here. Marchionne knows that it would be possible and more lucrative to export not only Alfa Romeos to the USA, but also Fiats (if there was a sexy model range).

The Abarth badge would juice up Fiat's proposed U.S. range, because those old enough to remember Fiats being sold in the USA years ago, thought of them as interesting, but bland.

Today FIAT-Chrysler now has the clout to expand the previous low volume (Alfa Romeo-only) export plan, with a choice of more American dealers; import processes which could efficiently handle bigger volumes; and the development of two revenue streams based on Italian cars.
Posted by John Crawford at 9:32 AM