During Press Day at the 1989 Tokyo Motor Show I stopped by the Honda stand to marvel at a bare, aluminium chassis of the just-announced NSX sports car.

After a few moments contemplating the beautifully welded joints and impeccable finish of the structure, I was joined by a slight, studious Japanese gentleman, to whom I remarked on the outstanding quality of the design and finish.

He introduced himself as Shigeru Uehara, the chief engineer of the NSX project, and he was truly delighted to hear my observations, and very eager to discuss the project.
We talked for almost 30 minutes about the NSX and his other obsession, Formula One, and of his close friendship with Ayrton Senna.

The next mention of Uehara-san was 1995, when Honda showed a sports car concept called the SSM at the Tokyo Motor Show.

The final design of the production car was massaged by Ken Okuyama, who designed the  original NSX. 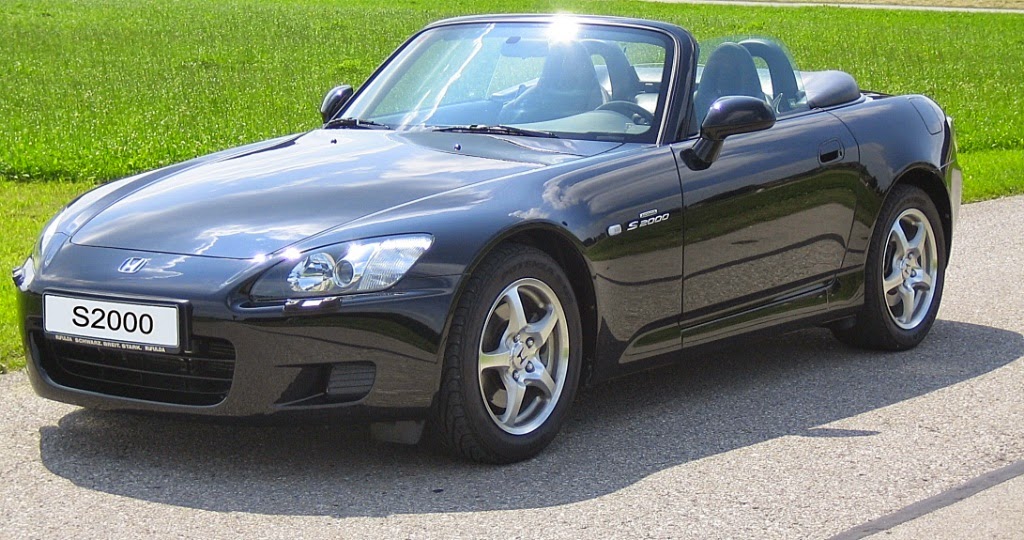 Later that year, whilst visiting my friend and former neighbor Larry in New Jersey, he proudly told me that he had bought one of the first cars to arrive at his local Honda dealer. 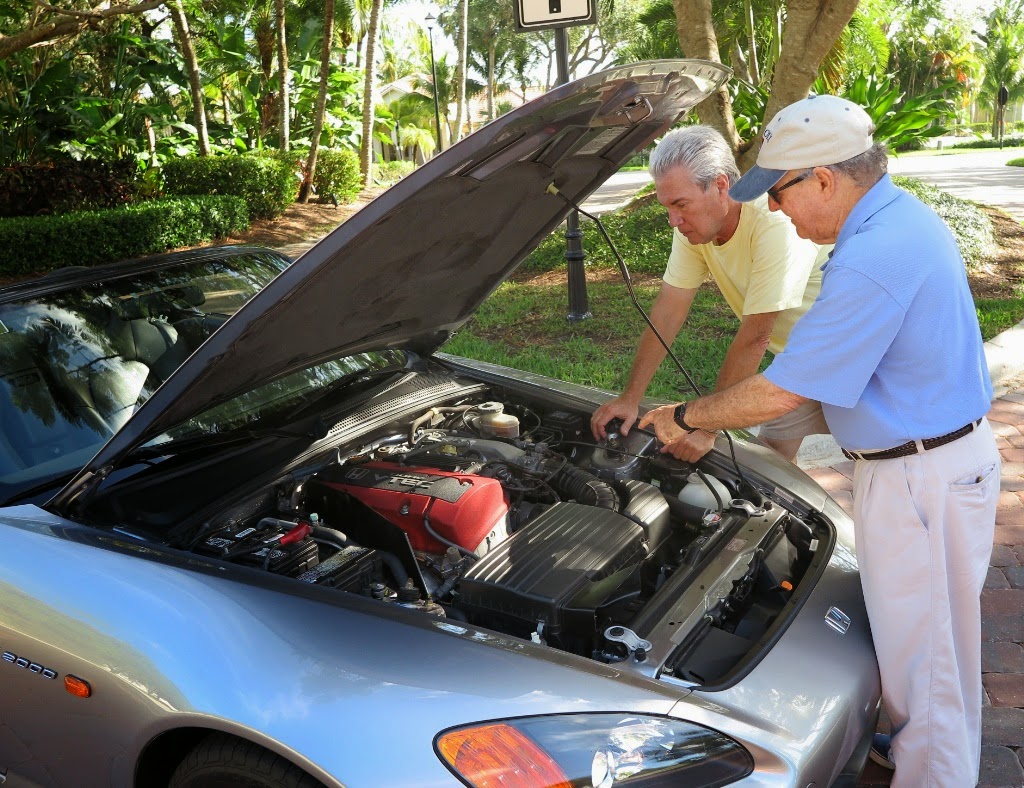 We went for a spin, and I immediately fell in love with Uehara’s ‘baby’!

The 2.0L engine delivered 247hp at 8300 rpm, and as you raced up through the six-speed transmission at maximum revs the sheer exhilaration was overwhelming. What a fantastic driving experience!

Shigeru Uehara took all he learned from the big-budget NSX project, and crafted a beautiful, handsome, dream machine that sounded like an F1 car as you blasted through the gears along Interstate 95.

Fast forward to March 2015, and on a visit to Fort Myers, Florida to catch up with Larry, he revealed he still owned the S2000, and also that he never intended to sell it.

So, what do you do when faced with such news? Simple, you pull back the covers, wheel it out of the garage and blast off for a wonderful reminiscence of my first drive in the car. 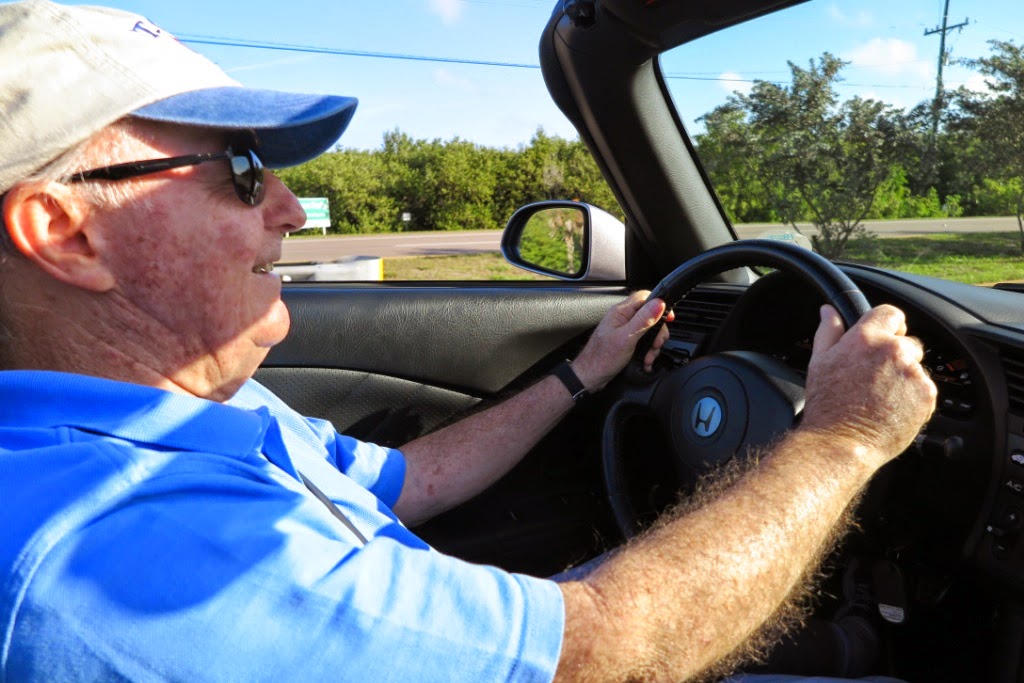 Florida, being the most boring state in all of the USA to drive through, meant there would be precious little blasting through the gears, and letting the tail slide out with some adventurous driving.

I satisfied myself with a few squirts up to 8000 rpm, and we tooled around with the top down discussing Uehara’s grand design, and just plain having fun!

The interesting thing is that the S2000 is a very practical car, because I have it on good authority that the trunk can fit two full-size golf bags! 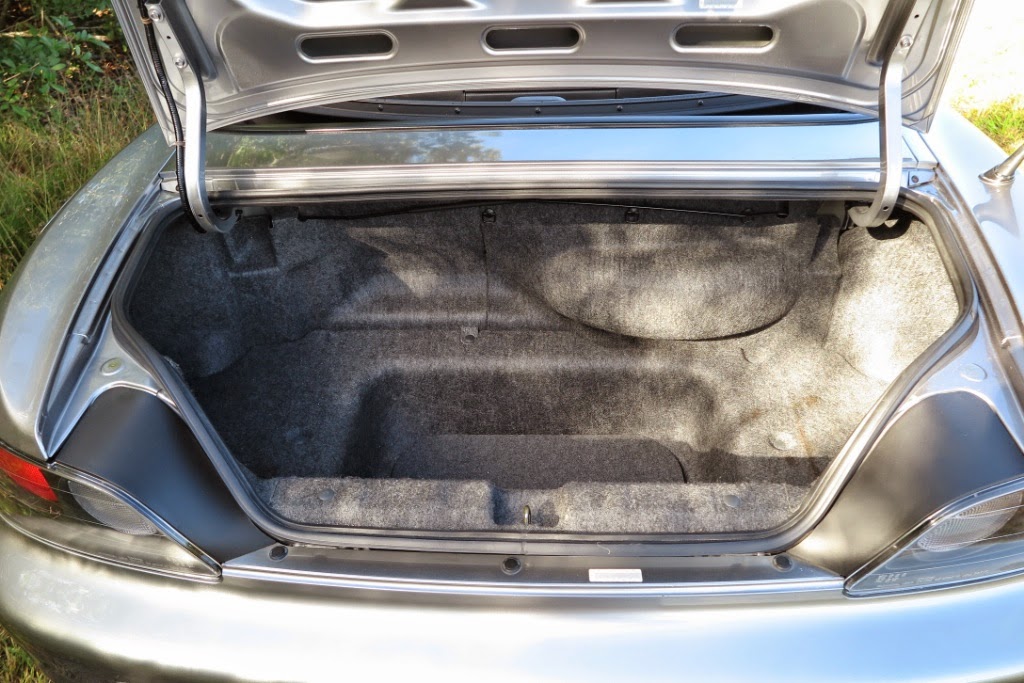 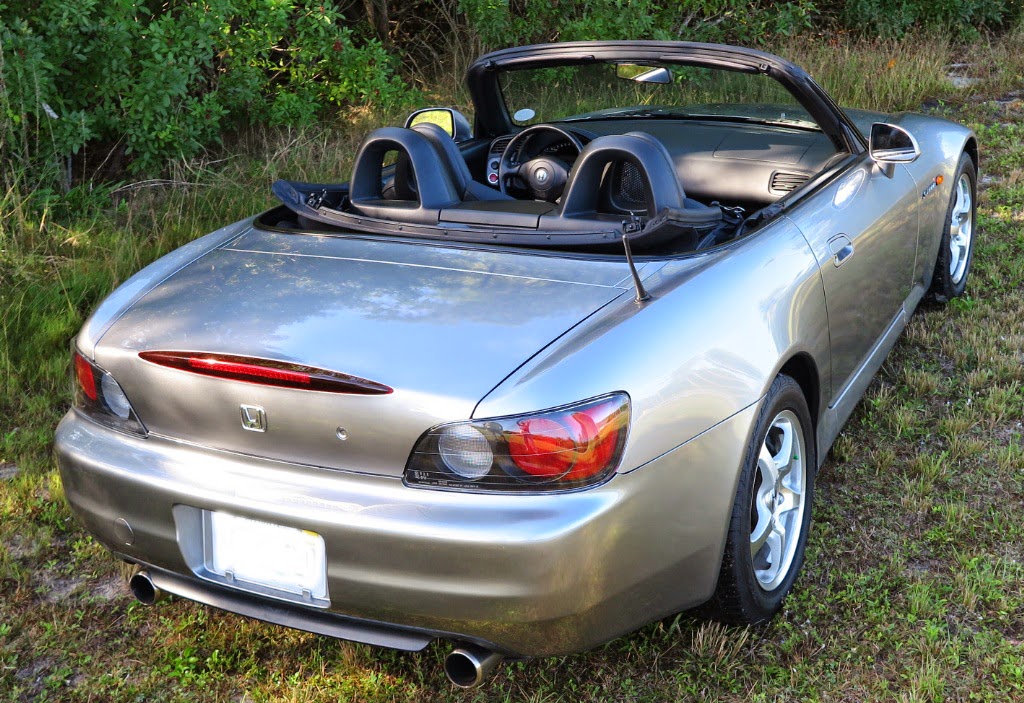 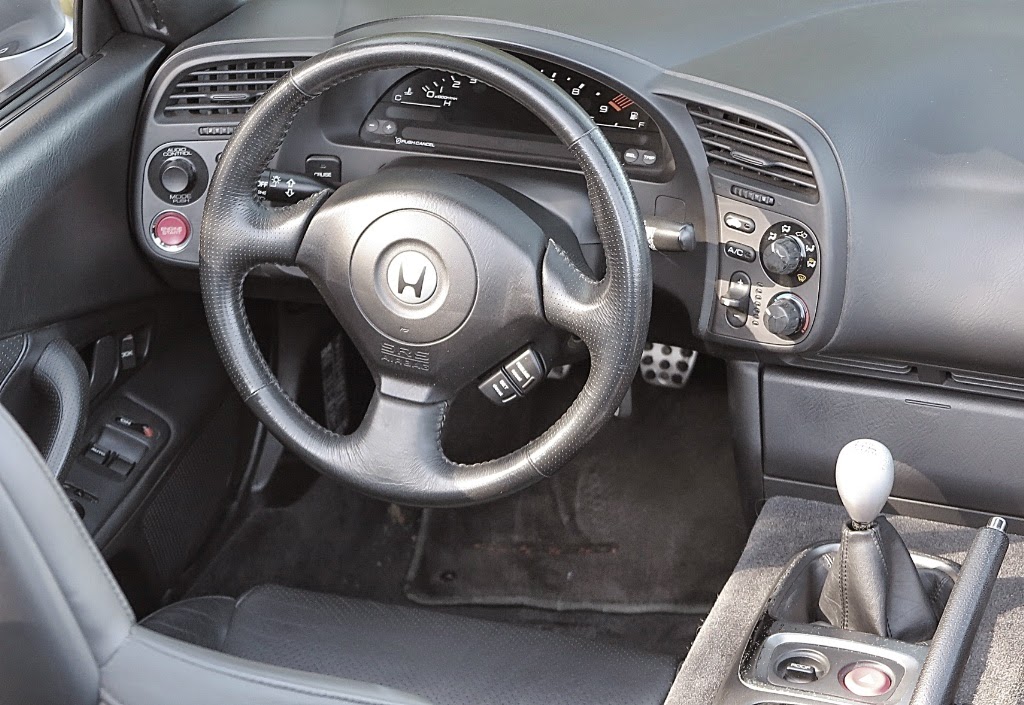 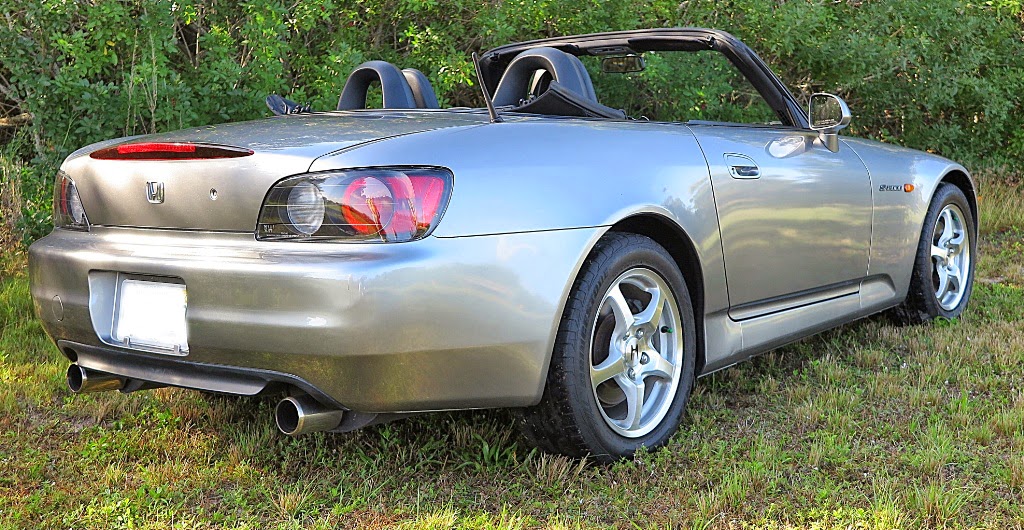 Thanks Larry. Don’t forget our discussion about you leaving me the S2000 in your final will and testament! 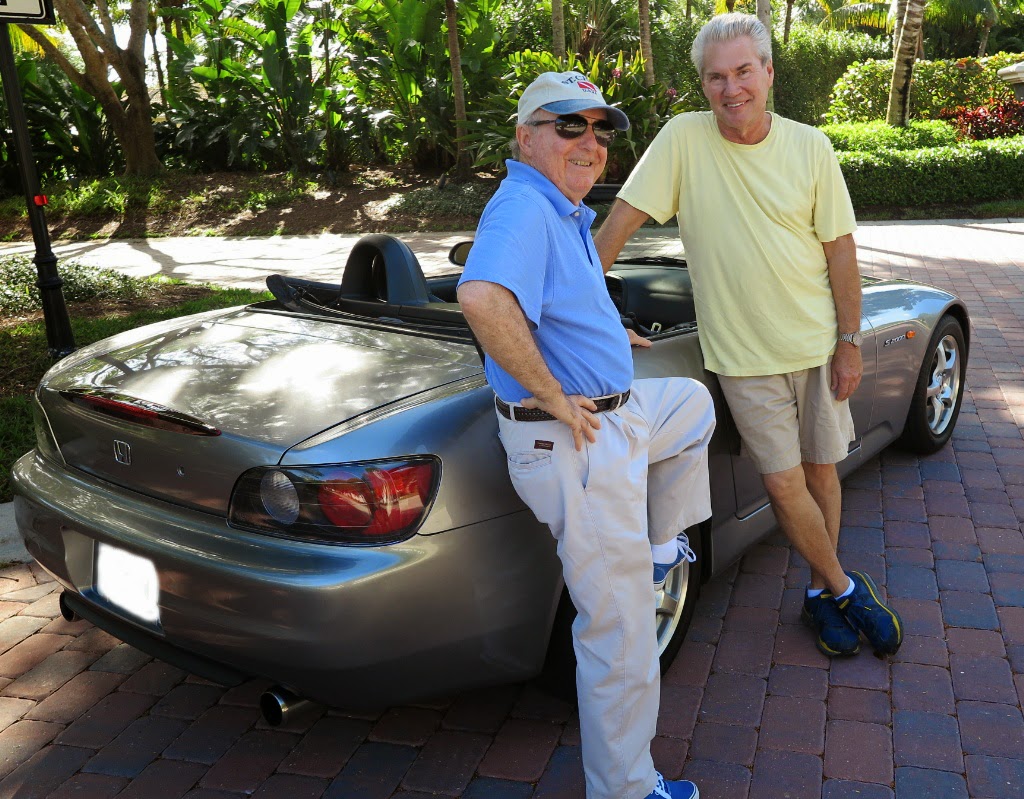 Posted by John Crawford at 6:31 PM