The Goodwood Revival 2016, scheduled for 9-11 September at the Goodwood Motor Circuit, will honour Sir Jack Brabham on the 50th anniversary of the legendary Australian becoming the only driver in history to win the Formula 1 World Championship in a car bearing his own name.

Brabham raced and tested at Goodwood extensively during his career, and developed a number of championship-winning cars at the Motor Circuit.

A huge gathering of single-seater, saloon and sports cars encompassing his career as a driver and team owner will take part in a number of on-track demonstrations during the weekend. 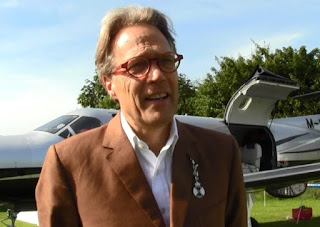 Lord March commented: “Dedicating the Revival driver tribute to Sir Jack Brabham, we will pay a fitting tribute to a man who forged strong links with Goodwood during the Motor Circuit’s active past.”
Posted by John Crawford at 8:33 AM