HAVE THE RAGING BULLS BEEN TAMED?

When I first saw the Lamborghini Huracan I thought Batman had left me his car.
The menacing shape and sinister matt-black bodywork looked as if it has just been driven from the set of a new Hollywood blockbuster starring the Caped Crusader.
Then I slipped inside, saw the reaction from the neighbourhood crowd around the car, and flicked the cover open on the start button to complete my Batman fantasy.

As the V10 barked to life I was brought back to reality, but it’s the sort of twisted reality, which only comes with a Lamborghini from the house of the raging bulls.
Despite the soaring and sustained popularity of Ferrari’s prancing horse, most people – and even casual car enthusiasts – know that Lamborghini is the other seriously paid-up member of the Italian supercar creators’ club.

Generations of young boys have put posters on their bedroom walls in honour of the Huracan’s famous forebears – the Countach, Muira, Uracco, Espada and the devilish Diablo – that have each contributed to the image of crazy-fast creations with edgy Italian styling, pumping out power with brio and blasting along the autostradas
Every Italian designer worth his Zegna suit has had a go at penning a Lamborghini - Nuccio, Sergio and Giorgetto among them.
The badges of the famed carrozzeria of Bertone, Pininfarina, Ital Design and Zagato have been prominently positioned on the flanks of some stunning designs over the past five decades. Each has been different in concept, mechanical attributes and style, but each one absolutely capable of making your hair stand up when you accelerate from a standing start. 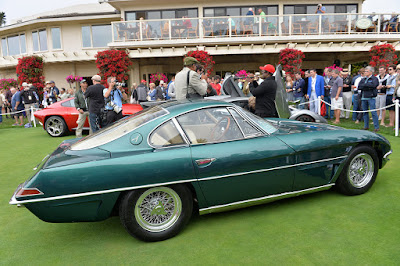 The convoluted history of Lamborghini begins with a tractor maker who decided to make his own sports cars after a massive falling-out with Enzo Ferrari.
Ferrucio Lamborghini’s 350GTV (seen here at Pebble Beach) debuted in 1963.
The great, classic, Lamborghini’s we all remember followed over the next 25 years. 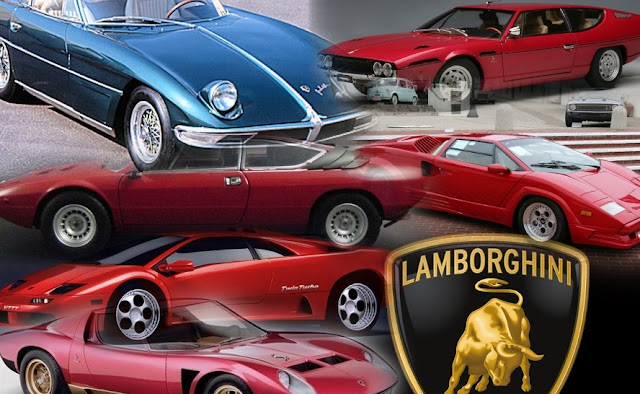 But the big turning point for the brand came in 1988, when Lamborghini was acquired by Volkswagen Group and placed under the command and control of its Audi division. Since then the conception, design, engineering and performance has been managed by the Germans in Ingolstadt, with directions delegated to the Italians in Sant’Agata Bolognese and some key positions – including the production manager – filled by German transplants with Volkswagen factory experience.

Automobili Lamborghini is now run by 51-year-old Stephan Winkleman, who was born in Berlin, but raised entirely in Rome. He looks every bit the dashing Italian stud, from his stylish shoes to his chiselled face and super-taut hand-tailored suits.
Winkleman is the perfect leader and ambassador for the marque. He has previously worked for Mercedes-Benz and FIAT, but he has really put the runs on the board at Lamborghini. Last year he was awarded the highest level of the Italian ‘Order of Merit’ for putting Lamborghini back on its pedestal.
Alongside a reputation for supercar performance, Lamborghinis have now also become known for outstanding panel fit, crisp design, all-wheel-drive, and classy, comfortable cabins. 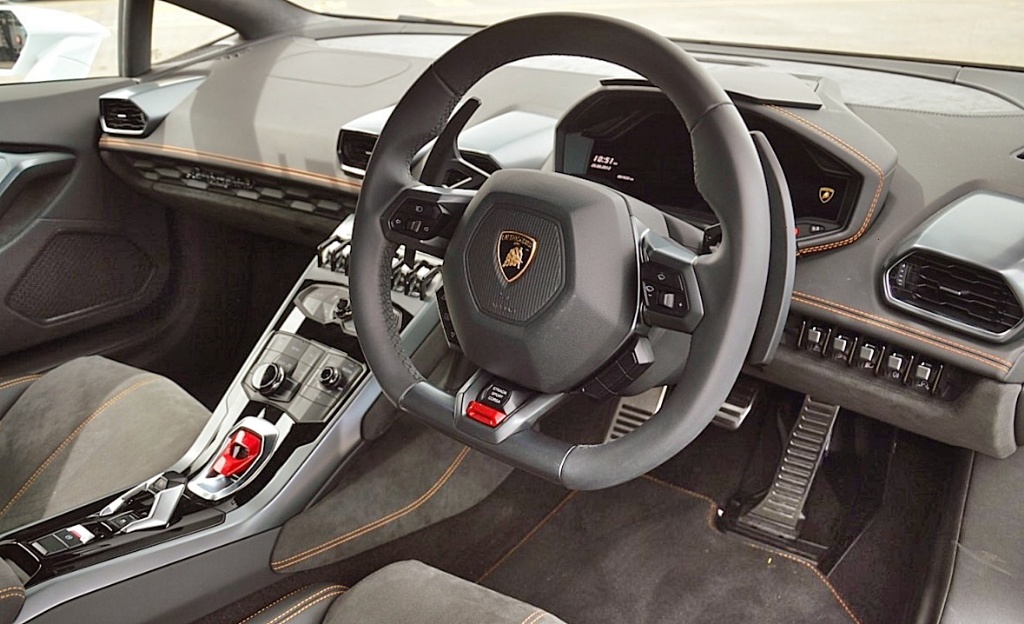 That’s no real surprise considering the German detail work hidden behind the aircraft-style bodywork, including the Audi R8 mechanical package used for a lot of the basics in the Huracan.
Does this mean the image of raw power, efficient -  almost stark – interiors, somewhat ‘gappy’ panel fit, crappy air-conditioning and unreliable performance has been refined-out by the German influence? 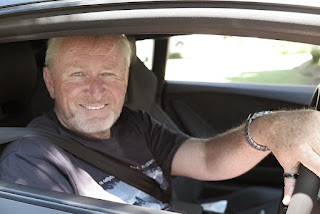 Recently, my good friend Paul Gover, unquestionably Australia’s most accomplished automotive writer, was allowed to release a raging bull from its pen, and unleash it on the roads of southern Queensland. 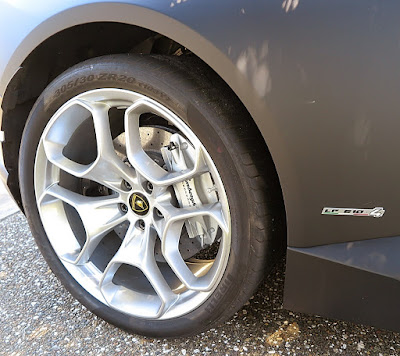 From behind the wheel of a Lamborghini Huracan LP4-610, Paul gives his take on today’s Lamborghini:
“I was never a great fan of Lamborghini from the first time I drove a Countach, when I lived and worked in Canberra. It was not as quick as I expected, parts of the bodywork were very shoddy, it was impossible to see out, and the aircon was M.I.A. And then it blew a radiator hose and sprung a leak that could have cost me a fortune if it had not happened in a carpark.
“So, let’s be honest. No-one really wants their high-priced Italian exotic to give them a repeat of my Countach experience.
“But I was won over to Lamborghini when I visited the factory in 2014, and saw the Audi efficiency. There are some great looking cars in the museum, but I knew that not a single one would be as enjoyable or reliable as the Aventador and Gallardo I was able to drive, first through the countryside near Sant’Agata Bolognese, and later on a fantastic snow-driving experience at Cortina in the Alps. 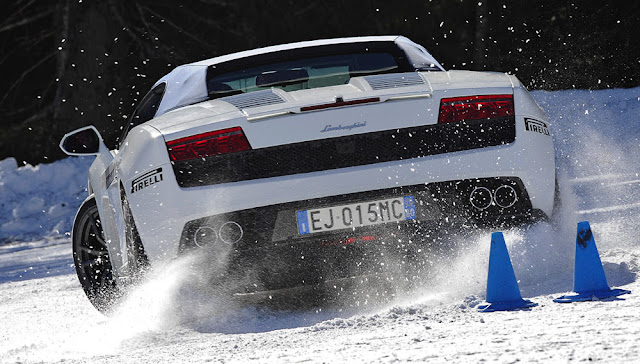 “Back home in Australia, I had the choice of a shocking red Aventador or the Batmobile Huracan for a long weekend. After recently returning a Ferrari F12 early because it was too fast for Australia, I decided the outrageous Aventador would be too much trouble.
“So my six-year-old son Eli and I spent a great couple of days in a car which is better in every way than the Gallardo. It is more refined, the quality is better and it’s quicker. 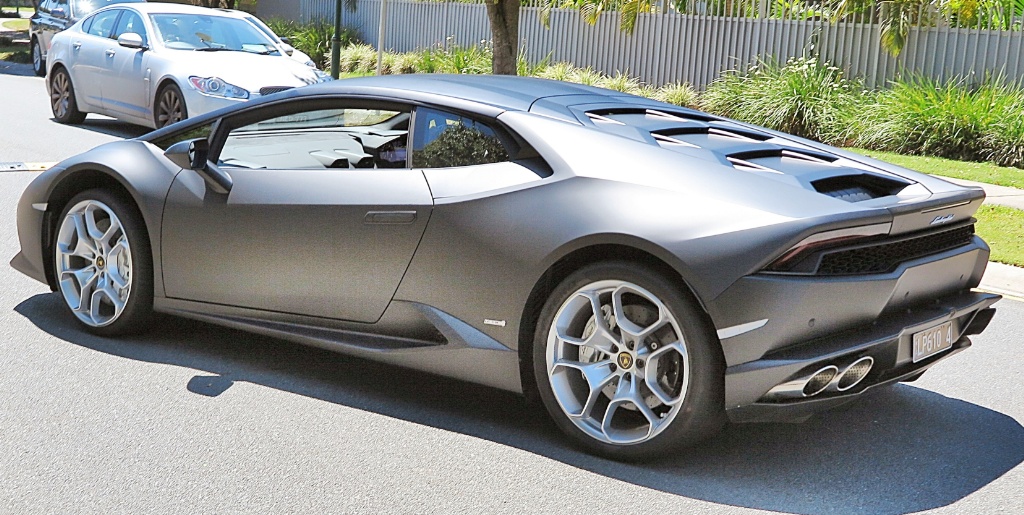 "The bodywork is dramatically wonderful, especially in matt black, but I even like the shape and support of the seats, as well as aircon that does what it says. 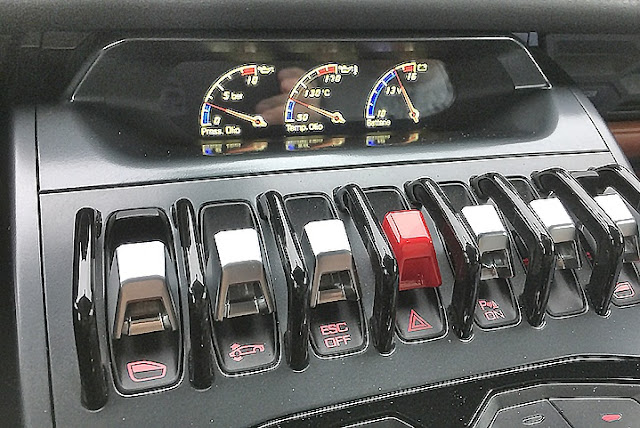 "Some of the switchgear is a bit Mickey Mouse, but it's different. 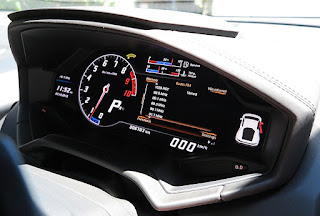 “It’s also the most practical supercar to wear a Lamborghini badge, in many ways even more like an Audi R8 than in the past. But that’s not a bad thing, because even if you only drive 5000 kilometres a year – the average for most Lamborghini owners – you want them to be as good as possible.
“My personal rating of any car is simple. I ask myself if I would recommend it to my best friend and if the answer is ‘Yes’ then it gets The Tick. This is a simple-but-effective rating system that even my young bloke, Eli, knows and likes.“As we park for the final time, Eli looks at me with a giant smile. ‘This one gets The Tick from me, what about you Dad?’ So it’s The Tick, times two.”
“Now, it’s back to JC, who would have no trouble driving the Huracan in sharp contrast to the Uracco he tells me he once drove in Italy.”

YOU CAN CLOSE THE DOOR NOW, THANKS, NURSE!

Lamborghini today is a great success story, one that Ferdinand Piech and Martin Winterkorn can be proud of. Firstly, Piech’s obsession with the marque which led to its acquisition by Volkswagen Group, and also Martin Winterkorn, then head of Audi, who shepherded VWAG’s newest member through its integration into the Group.


That’s something those two guys got right.
Posted by John Crawford at 11:25 AM