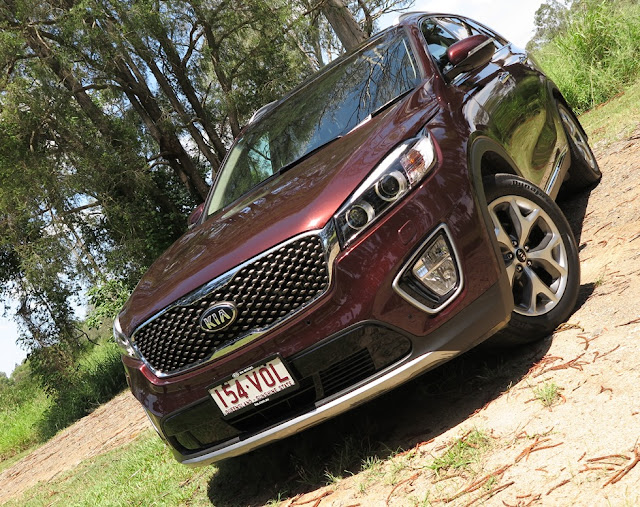 However, what it does well is: it drives like a car, not the hulking big SUV it appears to be.


The secret is that it doesn’t start life like your normal SUV. In the joint family of Hyundai-Kia models, you may assume that the Sorento starts life built on the Hyundai Santa Fe SUV platform – but that would make an ass out of you and me. 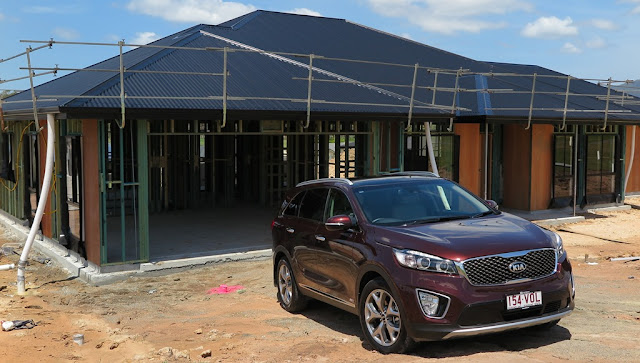 So, is this a ‘new build’? Well, yes it is, but with a different approach.


Kia boxed clever with the 2016 Sorento, by basing it on the wildly successful Kia Carnival MPV. That’s why this large SUV drives more like a car, and that quite frankly lifts it head and shoulders over its main competitors, like the said Santa Fe; plus the Toyota Kluger, Mazda CX-9, Nissan Pathfinder and Holden Captiva 7.


My own comparison test for how well an SUV drives is the Ford Territory Diesel – which in my opinion is a world class car! The Sorento compares strongly to my own personal champion.

The Sorento’s challengers listed above, are compiled by Kia Motors Australia, all of them in the segment occupied by Sorento – but sincerely, I would rank the Kia alongside the famed Audi Q7. 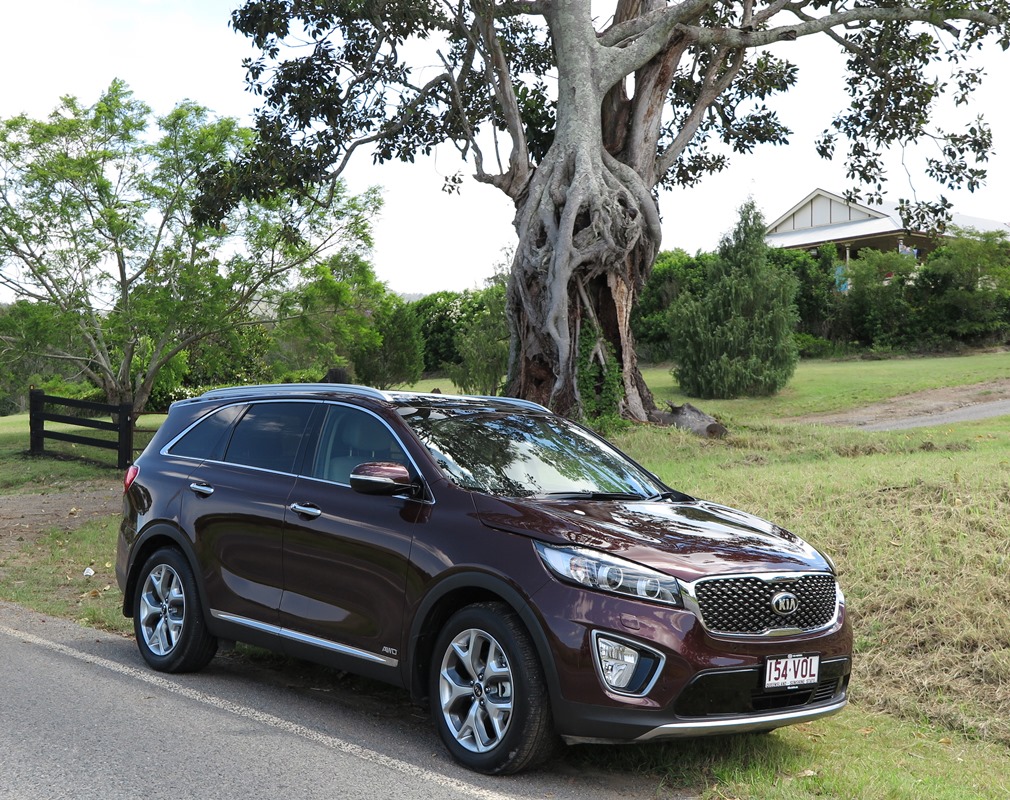 I’m the first to admit the Kia doesn’t have the cachet of the Audi, but if commonsense counts for anything, you get an outstanding, well-built SUV for around AUD$57,000 up against the German import price-tagged over AUD$100K! 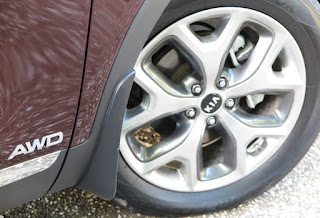 That’s why the roomy, seven-seat Kia Sorento won the Car of The Year prize from Cars Guide here in Australia. It is outstanding value! And, yes, it is THAT good! 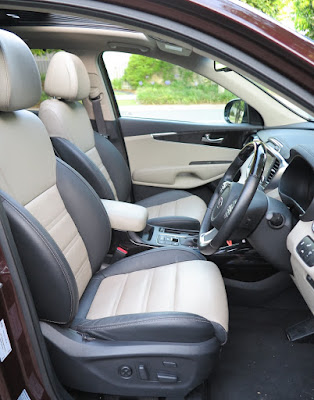 I cannot emphasize too strongly the improvement in the quality of the materials, the fit, the finish and the attention to details.

This is a company of people who are learning fast, paying attention to global competitive standards, and delivering! 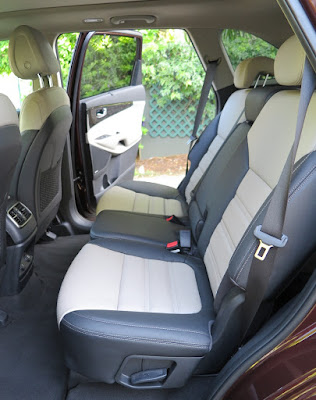 As a bonus, the Sorento was designed by ex-Audi designer, Peter Schreyer – that’s got to count for something in a comparison with the Q7.


However, moving away from parochial geographical considerations for a moment helps you understand just why this latest SUV from Kia is so good. Yes, it’s got segment competitors in every market it sells in, but the key to its fit, finish and quality are its American competitors.


The U.S. is a huge market for SUVs and up against the established strong local players from GM, Ford and Chrysler, Kia decided it had to go all out to beat its Yankee competitors.

The fiercely competitive SUV market in the USA is almost 2 million units a year, so even 10% or 5% of that market makes the massive investment Kia has made in tooling; higher quality materials; testing and tuning for the new Sorento, worth it! YTD SUV sales in the USA were up 10.4% to around 1.5 million.


In its segment in the USA, Kia’s Sorento is beaten by strong, well-established Japanese competitors from Honda, Nissan and Toyota, and even its stablemate the Hyundai Santa Fe. So, commercial pressure dictated a bigger spend, a better vehicle and already that’s paying off with US car reviewers ranking the Sorento way out in front on fit, finish, ride comfort and ease of driving. 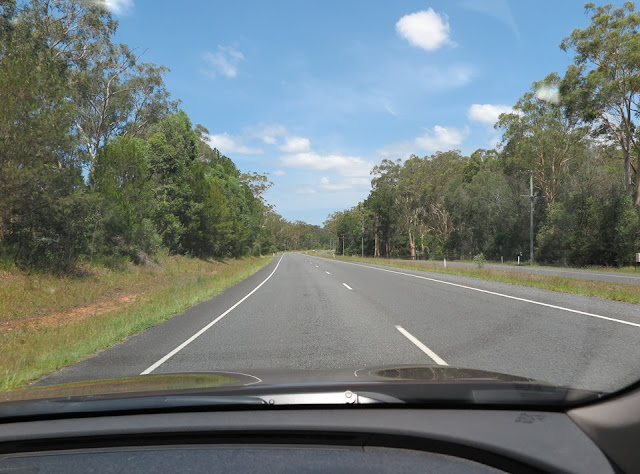 I think this investment will pay off big time for Kia in Australia too, because the company is steadily driving towards a perception of offering premium vehicles plus value for money – a market spot it has coveted for a long time. 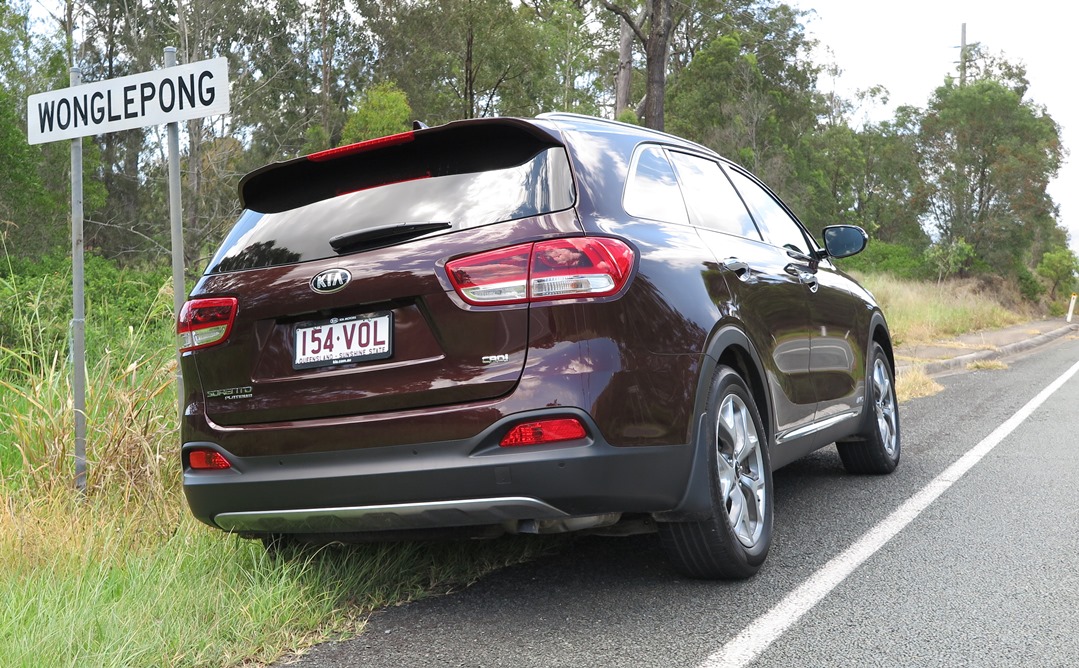