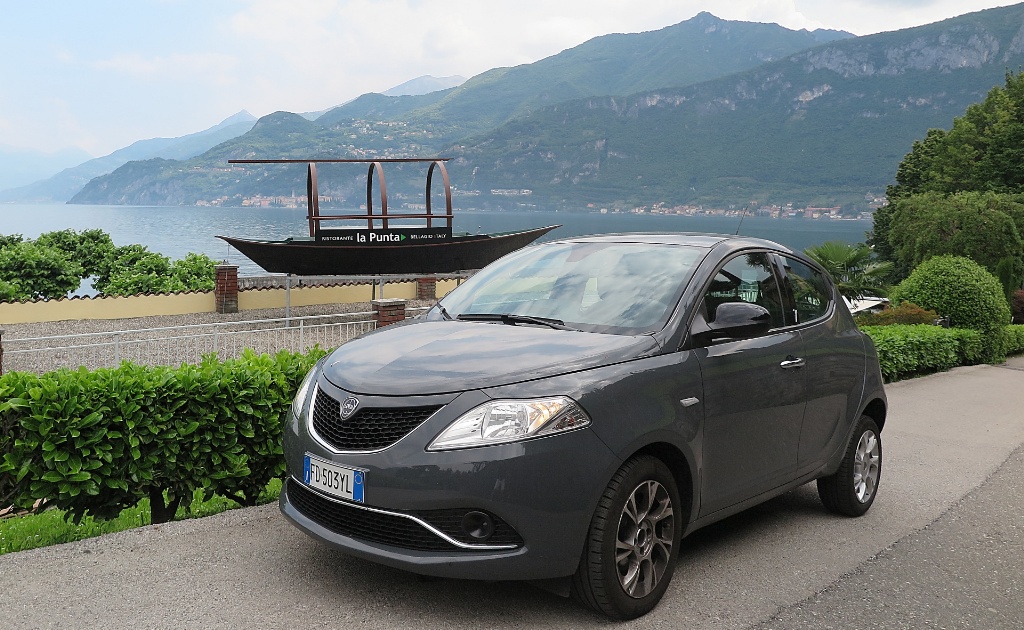 YPSILON as a word doesn’t have a ‘meaning’, in the traditional sense. It ‘means’ nothing. Which is pretty much Lancia’s status in the automotive firmament today.

The little Ypsilon is the last remaining Lancia you can buy, and, as it is based on an ageing platform used by the FIAT Panda and the Ford Ka – it is destined to disappear taking with it one of Italy’s most respected car brands.

It would be easy to ascribe Lancia’s pending demise to ineptitude by FIAT management, after the Italian auto giant swallowed Lancia in 1969. However, the seeds were sown somewhere between the company’s beginnings in 1906 and FIAT’s decision to ‘save’ the company from itself.

Founded by Vincenzo Lancia, the company built its reputation on hand-built cars, which were expensive to produce, and whilst they boasted a range of innovative features, and excellent performance, the poor economics of the business plan was what eventually led to Lancia falling into the grip of the FIAT empire. 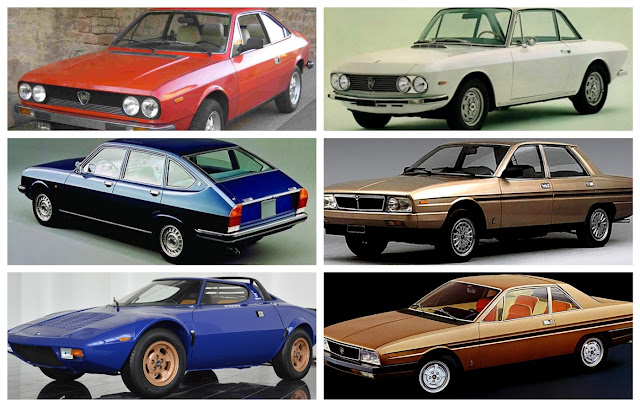 Cars such as the Beta, Lambda, Gamma, Aprilla, Fulvia, Flavia, Delta, Stratos and Theta were not only outstanding technical achievements, but also boasted daring and unusual styling themes, plus low-drag aerodynamics.


In my opinion, Lancia was to Italians, as Citroen is to the French. Slightly quirky, unusual designs, definitely not mainstream, and choosing a Lancia defined you as ‘different’. 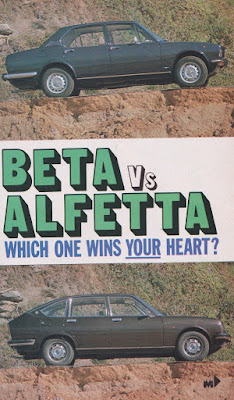 One by one the famous models passed into history. For me, a bright spot came in 1975, when I spent two weeks in the brilliant 1.8L Beta sedan.

It was a capacious, great handling, high performance luxury touring car. I featured the Beta in a 2-car MODERN MOTOR comparison test along with my all-time favourite Italian car, the Alfa Romeo Alfetta.

My high point of Lancia driving came with a brief test drive of the sexy Stratos. That was a memorable drive.

But, now to the last Lancia – the Ypsilon. 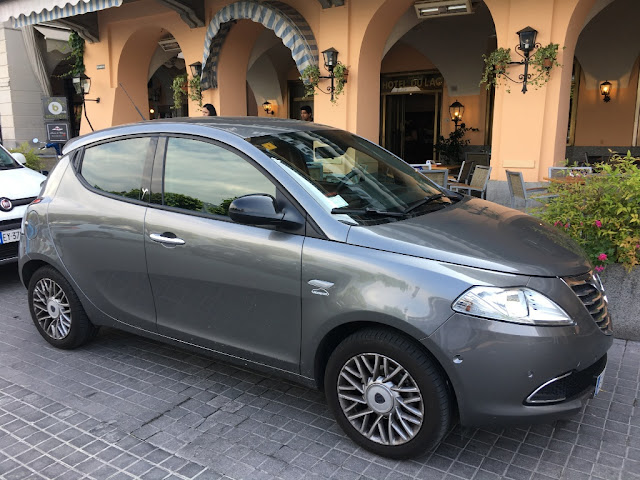 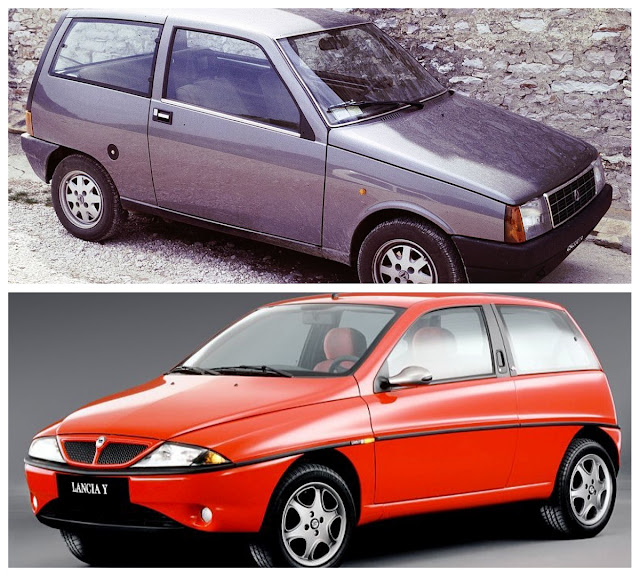 The word, Ypsilon, is really a description of the ancient Greek letters ‘y’ and ‘u’ and was ‘borrowed’ in 1985 by FIAT Centro Stile to be attached to the successor to the Autobianchi Y10 (right).

The Lancia Y, designed by Enrico Fumia (right), came along in 1995, and was only offered as a 3-door hatch, based on the FIAT Punto.

The version I recently rented in Italy was a 2006 in-house re-design by Alberto Dililo, and although it’s still unusual, it is less exotic in its proportions and appearance than some previous Lancia concept cars.

Once inside, the major downside becomes immediately apparent. 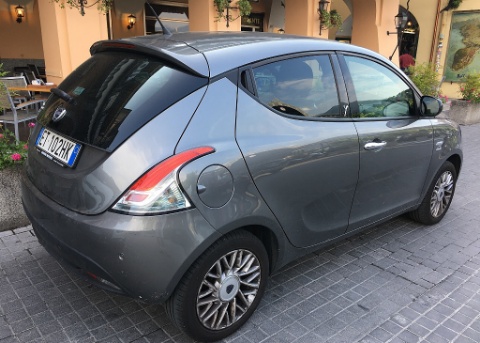 It’s tiny, I doubt you could hold a cat, let alone swing it around.

The trunk is so small, due to the excessive taper in the plan view, the tumblehome and vertical planes, that it could not even accommodate our 2 x 64cm suitcases, without lowering the rear seat! 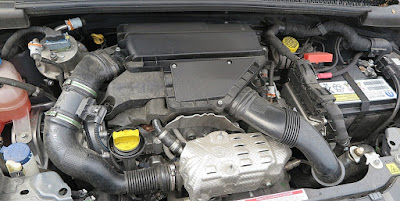 The 1.3L Multijet FIAT diesel is gutless, although it did return fuel economy of 4.3 L/100km. The 5-speed manual is a bit like stirring jelly, but you need to make good use of it on the autostrada.

The Ypsilon is built in a FIAT factory in Tychy, Poland – and the assembly quality is very inconsistent. The trim fit and finish margins were all over the place and a few bits and pieces fell off during the week. 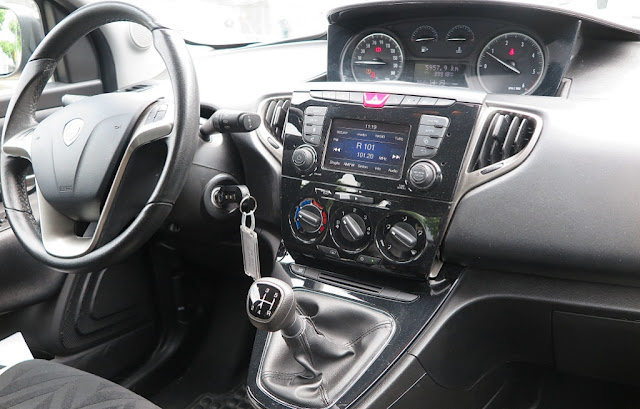 Quality is not the Ypsilon’s strong point – which means it’s not a great option for rental car fleets.

Unfortunately neither lingering, residual respect, nor the fancy Lancia badge translates into any sort of special experience behind the wheel. 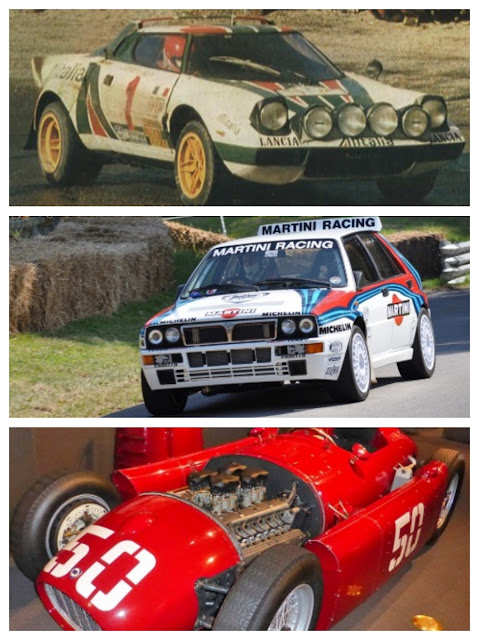 I think it’s quite sad to see such a revered marque slowly dissolve into a puddle of oil on the floor.

Also, many times it appropriated the skills of Bertone and Pinifarina for concept cars.

Its modern day rally successes with Stratos and Delta Integrale were impressive; the D50 racing car of the 1950’s was a brilliant combination of Lancia and Ferrari qualities; and Lancia was the first modern car company to introduce a smooth, production V6 engine.

So, as we departed Bellagio to Malpensa airport it was farewell to the last Lancia, a humble little hatchback, representing a mere hint of the marque’s great, lifetime achievements. 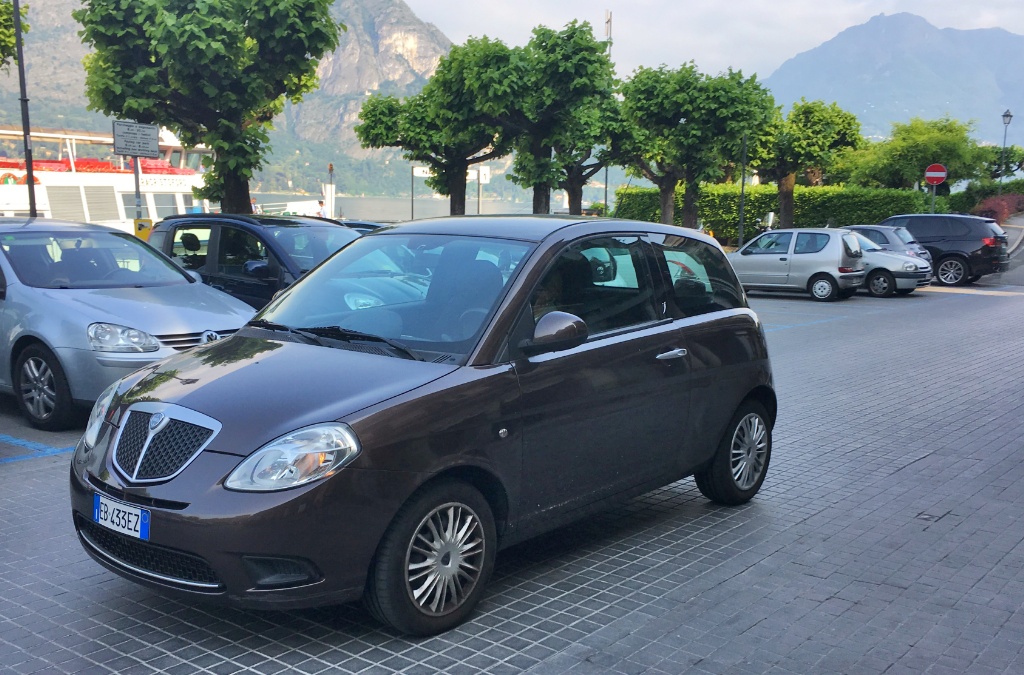 Posted by John Crawford at 2:27 PM