A regular Driving & Life reader from Britain, who seems to be about the same vintage as me, has written asking about my friendship with Stirling Moss. He’s an unabashed fan of the great driver, and remembers seeing him in his early motor racing exploits in Britain. He wanted to know exactly how, you go about meeting and becoming friends with a boyhood hero.

I hero-worshipped him too, and vividly recall catching the train to western Sydney in 1961, for the inaugural motor race meeting at the Warwick Farm circuit, which was laid out inside the famous horse racing track. Stirling Moss was to lead a band of prominent international drivers for the big open wheeler event.

It was a blisteringly hot day as I, and three of my mates, sat on the open top deck of the grandstand, ready for the big race. Stirling Moss appeared on the grid in his Lotus 18, with all the side panels removed, to create cooling airflow in the sweltering conditions. 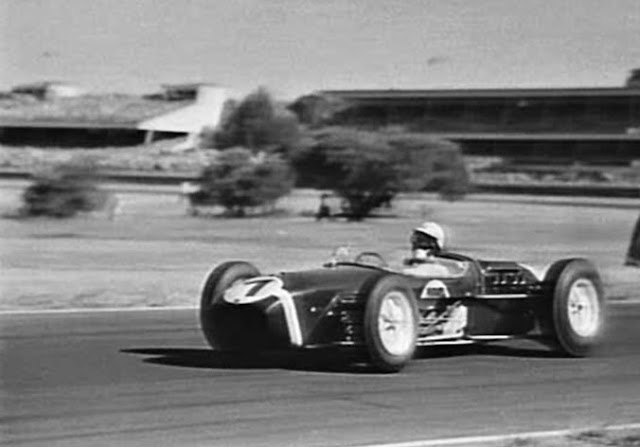 Despite many raised eyebrows from officials and other drivers, the race started, Stirling shot to the front, and was never headed, winning with a big margin. This classic photo by Daily Telegraph photographer Dan McPhedran captures the scene beautifully.

Twenty years later an Australian promoter announced an event to be staged at the Sandown Park motor racing circuit in Melbourne, which he called “The Tribute to Champions”.

His plan was to fly in as many great racing drivers of the era, to participate in several parade laps of the circuit, and then to drive one of their former race cars with a bit more purpose and anger.

Jaguar Australia had been asked to provide either a C-type or D-type Jaguar from one of Australia’s wealthy car collectors among our Jaguar owners' list, for Stirling to drive.

The drivers began arriving in Victoria’s capital city a few days before the weekend, to help them recover from jet lag. On the Thursday morning I got a phone call from one of my dear friends, the late Paul Higgins, who was a prominent motoring writer.

He was clearly upset, and hastily explained to me that the promoter had absconded with as much of the sponsorship funds as he could lay his hands on, and left the country!

This meant that many of the drivers assembled for the event were stranded in Australia as only their inbound flights had been paid for! Some had return tickets, but as Paul explained, Stirling Moss had neither a return flight to London, nor a hotel in Melbourne, and no car to drive to get him to Sandown Park.

Could I help? I immediately flew down to Melbourne on the Thursday night, and in my role as PR Director for Jaguar Australia, I allocated enough of my PR budget to accommodate Stirling Moss in the Wentworth Hotel, provided a Jaguar sedan for him to drive, and purchased a First Class one-way airfare to London.

Paul Higgins and I had dinner with Stirling in Melbourne that night and this is when I coined the phrase ‘a 30 year friendship, in 3 minutes’. Stirling and I immediately hit it off, and within 15 minutes were chatting as if we had known each other for 30 years! 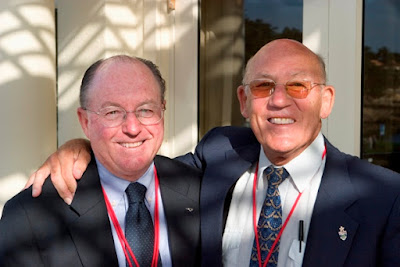 This began a lifelong friendship with the great man, and one which I treasure and appreciate.

By 1985 Australian sales of the Series 3 Jaguar XJ6 were waning, in anticipation for the new car (the XJ40), which was due the following year, and the marketing department was casting around for ideas to stimulate Jaguar sales. The Marketing Director, John Shingleton, and his Marketing Manager, Russell Turnham, asked me if there was any chance we could get Stirling Moss to come to Australia for a day with Jaguar owners and potential customers.

I called Stirling in London that night, and we negotiated a fee, his travel and accommodation, and a few months later I met Stirling at Sydney airport, for what turned out to be an annual visit from that point onwards.

The first customer day was held on the old ‘short circuit’ at Warwick Farm, and was a howling success. We had participants who were Chairmen, CEOs and prominent identities lining up, for Stirling to drive them around the circuit for three laps in a Jaguar XJ6 sedan. 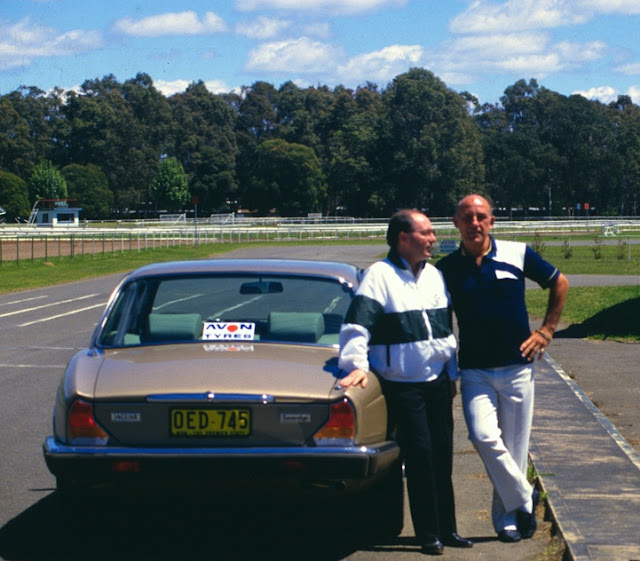 Our final customer event was in Adelaide, so that Stirling and I could attend the inaugural Australian Formula One Grand Prix at the new street circuit on the northern outskirts of the city.

I made sure that our ensuing, annual Jaguar customer drive events were always held in late October, so Stirling and I could attend the F1 Grand Prix – and the events held in conjunction with the GP in which he participated, were always great promotions for Jaguar. 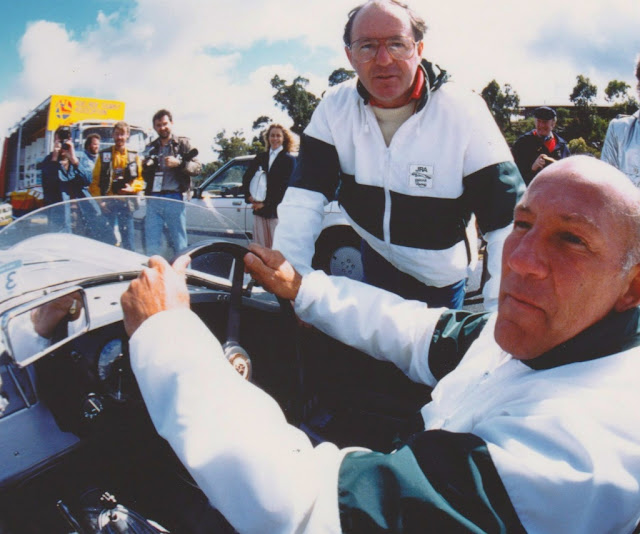 In 1986 Stirling participated in ‘The Climb to The Eagle’ held in conjunction with the Australian Grand Prix – side-by-side with Juan Fangio.

Stirling drove a C-type Jaguar, Fangio in a Mercedes-Benz SLR. 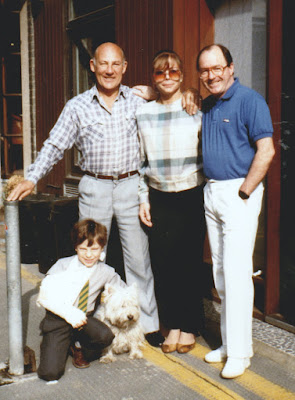 Over the years our families grew closer, and there have been warm and wonderful get togethers. 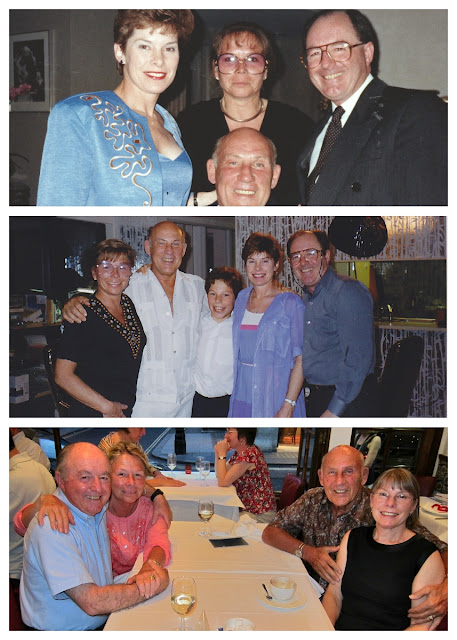 We met in Los Angeles in 1990, to join the celebrations for the Mosses 10th wedding anniversary.

We also enjoyed Xmas together in Florida in 1992.

Our most recent dinner together, in 2011, was in Mayfair, not far from Stirling’s house.

His house is almost as famous as Stirling. He built it on a WW2 bombsite and has filled it with every conceivable gadget you can think of. 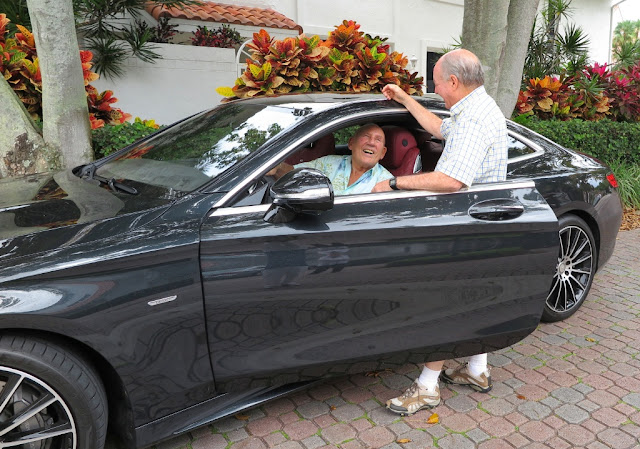 Ours is one of the strongest friendships I enjoy.

I am filled with respect, admiration and affection for a man who has inspired millions of people to persevere in order to achieve.

Despite his massive accident at Goodwood in 1962, his struggle to recover mentally and physically is a tribute to his determination and resolve.

That accident forced him to give up competitive racing, because as he told me: “For once in my life, I could 'see' my threshold of fear.” That comment tells us a lot about the racing driver who won 212 of his 529 races. 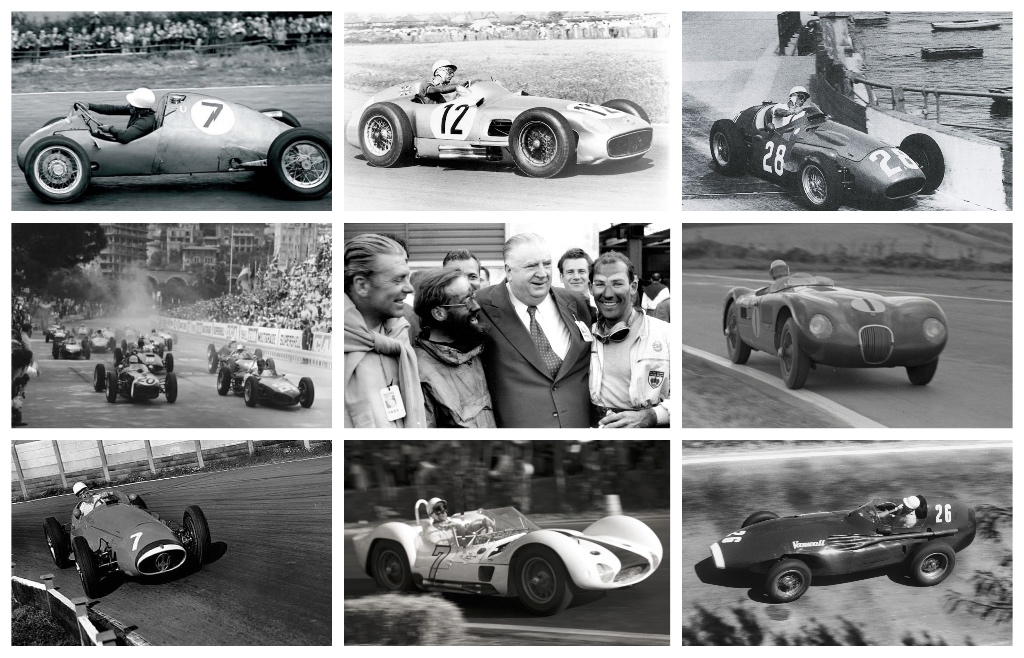 I think that 1955 was possibly his greatest. He won the British Grand Prix at Aintree, giving the Mercedes-Benz team a 1-2-3 finish; then the RAC Tourist Trophy race; the Targa Florio and the Mille Miglia. 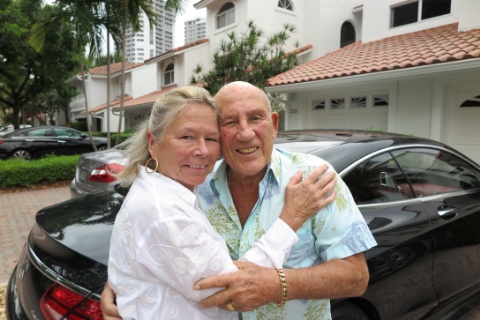 Along with his Grand Prix career, he also enjoyed a glittering record in sports car racing, including Sebring, Reims and Le Mans.

Sadly, Sir Stirling is still house-bound, slowly recovering from a mysterious virus he contracted whilst in Singapore, in December 2016. At 88 years of age he has retired from active duty, to spend more time with his wife, Lady Moss, and their son Elliot and his wife Helen.

My deepest wish is for his successful recovery.
Posted by John Crawford at 10:14 AM