GM WILL DROP THE APPLE

Some close friends of mine in New York's real estate community, suggest that when it’s time to renew the lease on Cadillac’s flashy headquarters in New York, it’ll be a case of “pack all your stuff in cardboard boxes, and we’ll move ‘em to your new office in Detroit.” 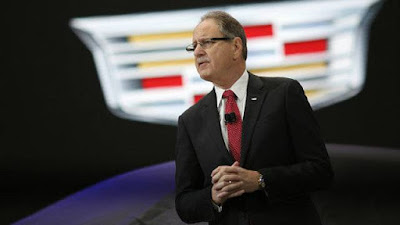 Cadillac’s knight in shining armour, Johan de Nyscchen (right) left Cadillac in April. We could presume he is 'pursuing other opportunities', but the fact is the General Motors Board ran out of patience, thanks also to a lot of pressure from dealers (guys who mostly only recognise far-sighted, as the end-of-week sales numbers).

He has been replaced by a 36-year GM veteran, Steve Carlisle who previously ran GM Canada. 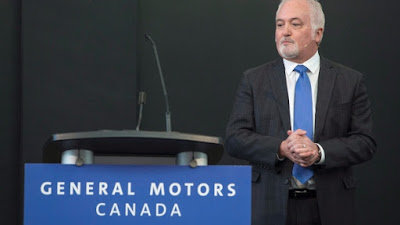 The word around the halls of the Renaissance Center in downtown Detroit, (the not-so-secret location of the GM Bunker), reckon Mr. Carlisle (right) is a trusted man; that is, he will be trusted to ‘do what he’s told’ by the GM Board.

General Motors rarely hires outsiders like Mr. de Nyscchen. The still-stodgy corporation prefers to kick somebody up the career ladder from among the ranks of the aspirational long-termers. 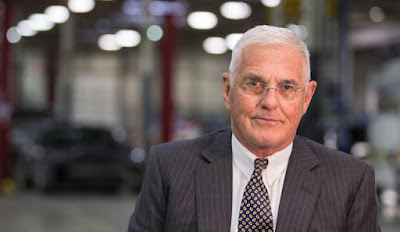 Although, GM does have runs on the board when it comes to occasionally hiring mavericks – one such outsider was my good friend Bob Lutz (left), whom GM dragged out of retirement in 2001, and put him in almost total control of new vehicle programs. Bob’s a ‘car guy’ and he pushed and supported some great new vehicles.

However, Bob Lutz saw the writing on the wall regarding Johan’s fate and spelled it out in a sharply-written piece for America’s ROAD & TRACK magazine:

“It seemed like a perfect, if unconventional, solution: Appoint a newcomer, not tied to decades-long immersion in the General Motors culture‎, to head the renascent Cadillac brand. The fact that he had successfully led Audi and Infiniti provided him with a knowledge of the multiple challenges faced by the so-called "second tier" luxury brands struggling for enhanced status.

“A major Cadillac problem, instantly recognized by the newly-appointed Johan de Nysschen upon his arrival in 2014, was that it was seen as a "discount luxury brand." Cadillac, despite the uncontested excellence of its cars, and after a multi-billion-dollar investment in sophisticated rear-wheel drive architectures, had trouble competing with Mercedes and BMW in the retail arena.

“Sales in North America began to sink almost immediately. If sufficient corporate patience was provided, the plan would, in a few years, wipe out the "discount" image, improve residual values, and help the brand regain respectability.

“Alas, it was not to happen. News of plummeting sales destroyed reputation faster than sound sales practices could improve it. Struggles with the dealer body over factory-mandated showroom upgrades introduced friction. Bold new marketing thrusts such as Book by Cadillac (pay a monthy fee, then order up any Cadillac model as needed) never got traction. Expensive advertising campaigns showing emaciated, scraggly-bearded, tight-jacketed metrosexuals posed in rain-drenched back alleys, urging the viewer to
Dare Greatly—at what?—flopped miserably.

“Moving the brand headquarters to New York City, always a bit of a mystery to me, was of little reputational value, but served to distance the Cadillac marketing people from GM's powerful Detroit-based planning and product development groups.

“What was the deciding factor in de Nysschen's departure? I doubt that there was a single, explosive event. Like a bad marriage, there came a point when both sides saw it was never going to work. Johan was never going to get the "pure Cadillac" crossover-heavy product line he and his dealers felt he needed.

“The GM organization is not prone to doubling down on unprofitable ventures that show no signs of imminent recovery. GM's powerful Detroit-based planning and product development organization never really relinquished their tight grip on design and portfolio decisions to the boys’n’girls in the Big Apple‎.

“Perhaps they trusted their experience, data and instincts more than they trusted a bunch of effete East Coast marketing genii.

“Outgunned by the bulletproof reputations of the Germans, the onslaught of competitor crossovers, the relative failure of the new Cadillac sedans, the lack of traction of marketing initiatives and the steadily-sinking profitability of the brand, circumstances conspired to lead everyone concerned to one conclusion—let's end it.

“Divorce is sad. Cadillacs are superb. De Nysschen is a brilliant executive and leader. But he ran out of corporate patience, and vice-versa. No one, and everyone, is to blame.”

By the end of last year Cadillac’s total sales were around half those of Mercedes-Benz (156,000 versus 337,236) and at the New York Auto Show last Easter, Cadillac showed only one new car – the XT-4 crossover. 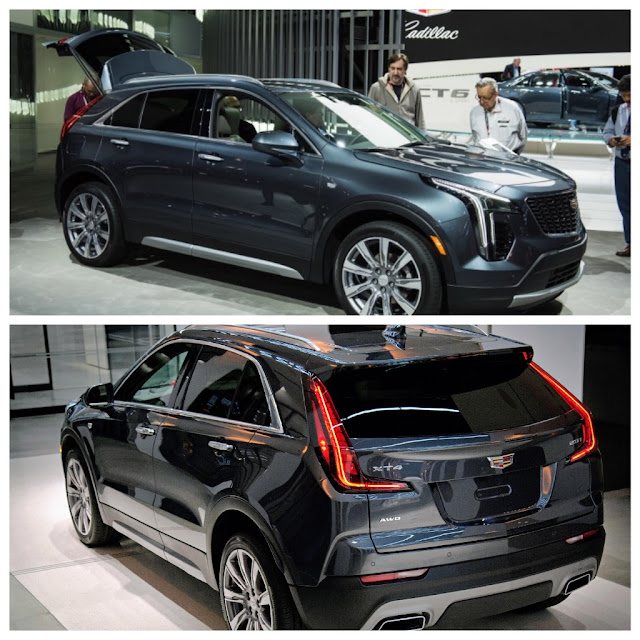 Journalists covering the auto show rated the XT-4 very highly – but up against Mercedes-Benz, BMW and a host of swish Asian SUVs, it could be too little, too late and put Cadillac right back behind the eight ball, a position which Johan de Nyscchen was changing – but too slowly.

According to a story in the New York Times by Lawrence Ulrich, de Nyscchen was pushing GM's Detroit-based execs to move a critical range of all-new Cadillac SUVs up the priority list to get them to market quickly. But, the bean counters still rule GM.

However, key GM insiders have told me that Cadillac has a terrific range of new products coming along that are the best chance for a long time to invigorate the brand. I hope so. It's a marque with a fabulous heritage, and if it just disappeared into that bottomless morass in Detroit without trace, that would be a damn shame!

My thanks to Bob Lutz, and my good friend Road & Track editor, Kim Wolfkill, for allowing me to present this prescient insight.
Posted by John Crawford at 8:05 AM