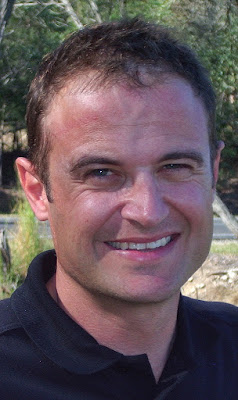 Back in 2012 I wrote about the fledgling new Skoda Australia, formed in 2007, with very modest volume aspirations.

The new company was run by a bright and outstanding young automotive executive, Matthew Wiesner (right), who was given the task of creating and building a place for Skoda in the highly competitive Australian market, in the teeth of the howling gales whipped up by the Global Financial Crisis.

To revisit the story briefly, the assumed goal was to work up to 2000 units a year over the first four years, and hopefully achieve annual sales of 10,000 cars p.a., and a 2.5% market share, within ten years. That ratio assumed total annual market sales of 400,000 units.

It looked like a sound strategic plan for the tough times ahead.

Matthew Wiesner got to the volume target ahead of time, albeit with a hefty marketing donation from HQ, but despite the best efforts of his small team, and dedicated dealers, Skoda’s market share hovered around 0.3 to 0.4%. 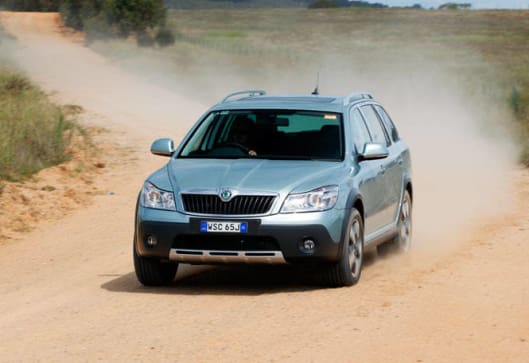 Sadly, despite continual volume growth over the last ten years, Skoda Australia ended 2017 with a volume record of 5350 cars – but with the market share stuck solidly on 0.4%.

The vehicles have an outstanding image for quality, which is not surprising because they are built to VWAG’s tough quality standards in the ultra-modern Skoda facility at Mladá Boleslav in the Czech Republic. 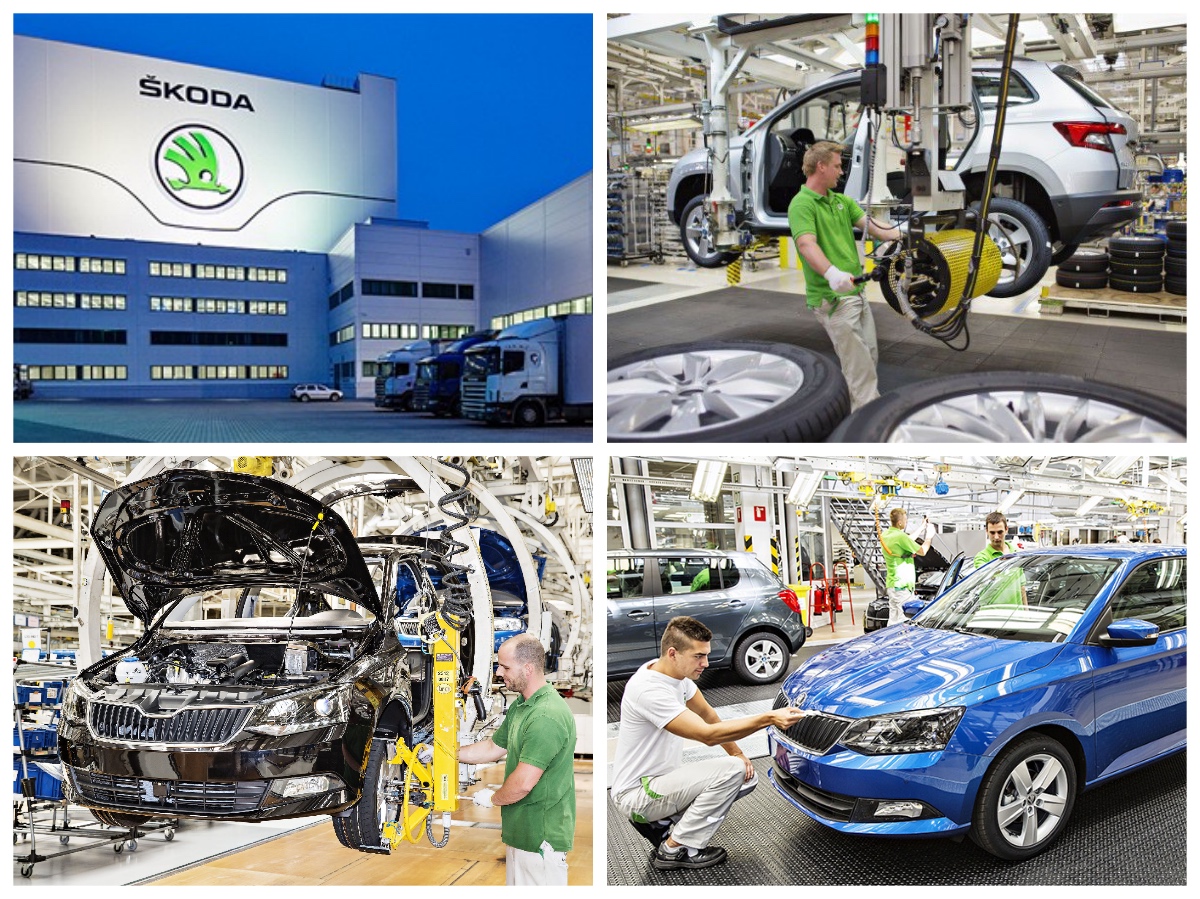 Take a look at this table on the right, which charts Skoda Australia’s steady volume growth over the last ten years:

Although it’s steady positive growth, it hasn’t resulted in 10,000 sales per annum, nor a 2.5% share of the overall market – which were VWAG’s original targets. So, why not?

Here’s a company with great product, young and vigorous management, good dealers and certainly in the first four years, some welcome breathing space, from having to sell ridiculous volumes, thanks to the likely impact of the GFC.

The real answer is slightly complicated, because as consumers turned to compact and large SUVs, Skoda was late to market with the right cars. The Yeti may have been an SUV, but its styling was too quirky. This lack of the right products certainly inhibited growth towards the 10,000 units aspiration.

Secondly, there are two other significant reasons, and the first is the most obvious – competition. Yes, sales have grown to give Skoda a firm foothold in Australians’ car-buying mindset, but its share of both voice and optics is pitifully small.

One of the answers is because of the 64 separate marques all fighting tooth and nail for share in a very overcrowded market. Such intense competition demands two things (from head office). The first is a healthy marketing budget, and the second is a strong advertising and public relations presence.

Lack of sufficient resources in these vital areas tells me that Skoda/VWAG is not that interested in pursuing growth, at any cost. This ultimately means they are in no danger of selling any more units than they do now.

The other aspect, which has slowed both sales, and an increase in market share, is the lack of really competitive pricing – especially against its Korean and Japanese competitors.

Skoda Auto/VWAG apparently chooses to take the loftily arrogant position that “We offer premium European vehicles, so Australians should expect to pay more compared to the mass market models from the Far East.”

However, this mindset simply will not boost market share beyond that which Skoda now accounts for.

I will admit too, that the European carmakers do bear the burden of a high cost base, thanks to high wages. But, that doesn't mean that VWAG/Skoda don't have some 'wiggle' room to price competitively.

Because I have close links with PSA Groupe and VW Group I know exactly what happens in the European headquarters when it comes to assessing the Australian market.

In Australia consumers see the European and Oriental products in an equal light, which completely confounds the Europeans – who think that consumers will flock to their brands because of their ‘premium status’, and be willing to be gouged on the extra 'option package prices'. 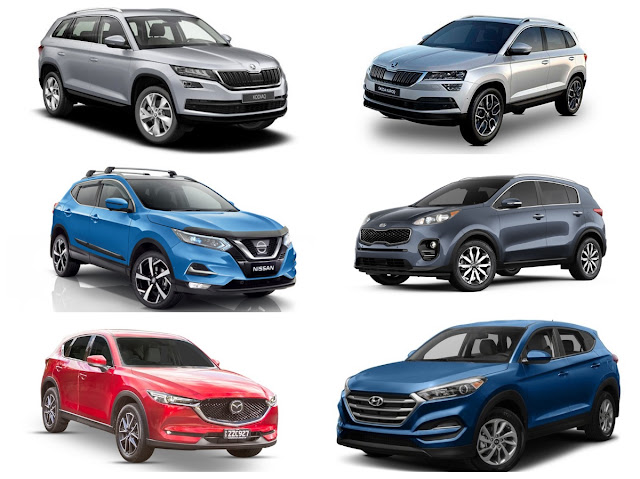 When that doesn’t happen, and the Australian companies ask for a bigger budget for advertising and marketing, the Europeans are baffled. First, that their cars are viewed as no different in quality terms to the Asian models, and also (to repeat), they have no experience of a small market (1.2 million vehicles annually), with so many entrants.

Their marketing algorithms may be clever, but not as credible or reliable as listening to the people who deal with the local market every day.

A couple of years ago, one of the Skoda Australia minions told me that advertising wasn’t a big priority, especially when “Skoda is vehicle of choice by Cycling Australia, and we have Skodas at every big cycling event – that puts us in the spotlight.”

What rubbish. The ‘Cycling-Skoda’ arrangement costs pennies. Look at the reach Kia Motors has achieved through sponsoring a really BIG sport, like international tennis at the Melbourne Grand Slam event. Then look at the money Toyota throws at AFL, and its stadium-busting attendance figures.

I’m afraid Skoda Australia’s current management is kidding itself if they think that it can achieve 10K sales a year, without dramatically attacking its competition on all fronts – marketing, advertising, PR and pricing.

SUGGESTION: In the immediate term, if you want to sell more Skoda Karoqs and Kodiaks, price and equip them line-ball with the Japanese and Korean models – then people know you’re really serious about building up the business in the far-flung Antipodes. And it has the added bonus of making consumers more confident about the brand.

No? Okay, continue swimming in circles. Or, as you were.
Posted by John Crawford at 2:54 PM