Florence is an unforgettable Italian city, and anyone who has visited Firenze will agree. The key to its famous status is informed by two things – wealth and luxury.

What better place to launch a new luxury car than the ‘Athens of the Middle Ages’, Italy's centre of trade and finance, the birthplace of The Renaissance, and home to the fabulously wealthy and powerful Medici dynasty.

Even more reasons to reveal the most important Bentley model since the marque was acquired by VWAG in September 1998, because the Arnage Red Label was the beginning of Bentley’s renaissance too.

I was fortunate to be appointed as Director of Public Relations for Bentley Motors North America in October 1998, but it took until early 1999 before my USA work visa was granted, so I commuted regularly between Sydney and Crewe from October to Spring of 1999. 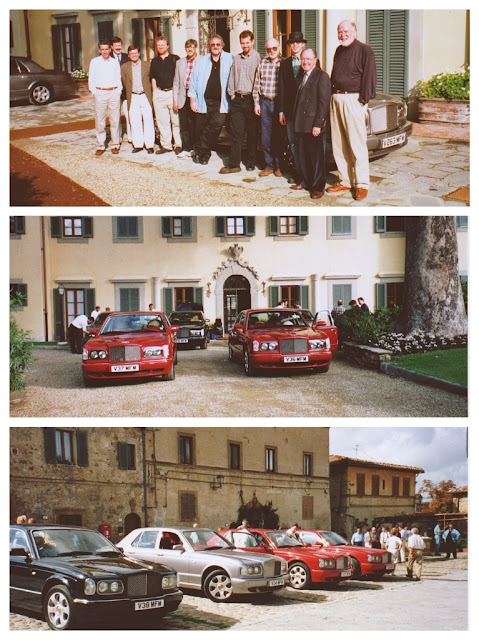 My Crewe-based PR boss, Richard Charlesworth informed me that almost immediately after the deal was sealed in 1998, VW’s Dr. Ferdinand Piech had made a momentous decision to fund, and restore originality to the Bentley Arnage saloon, by agreeing to re-engineer and re-install Bentley’s famous 6.75L V8 into the flagship Arnage sedan.

From the original launch of the Arnage, Rolls-Royce and Bentley Motors had come to an agreement with BMW AG to use the BMW 4.4L V8. I'm guessing that fact alone was anaethema to Dr. Piech.

Fitting the BMW V8 was a decision which ultimately frustrated both Bentley engineers and Bentley owners, as it simply did not produce sufficient power, torque and performance, consistent with Bentley’s reputation as ‘A Fast Car, A Good Car, The Best in its Class’.

As WO Bentley had proclaimed his aspiration. 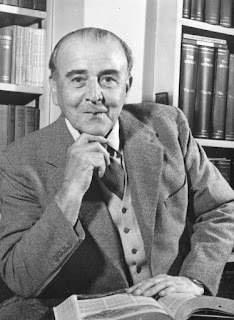 Because North America was a vital market for the car, I was invited to bring a small group of American automotive writers to the launch of the Bentley Arnage Red Label.

I was delighted to learn we would not only travel to Florence for the event, but we would enjoy our first night at the Renaissance city's historic Villa La Massa.

The hotel is now part of the Villa d'Este Group. 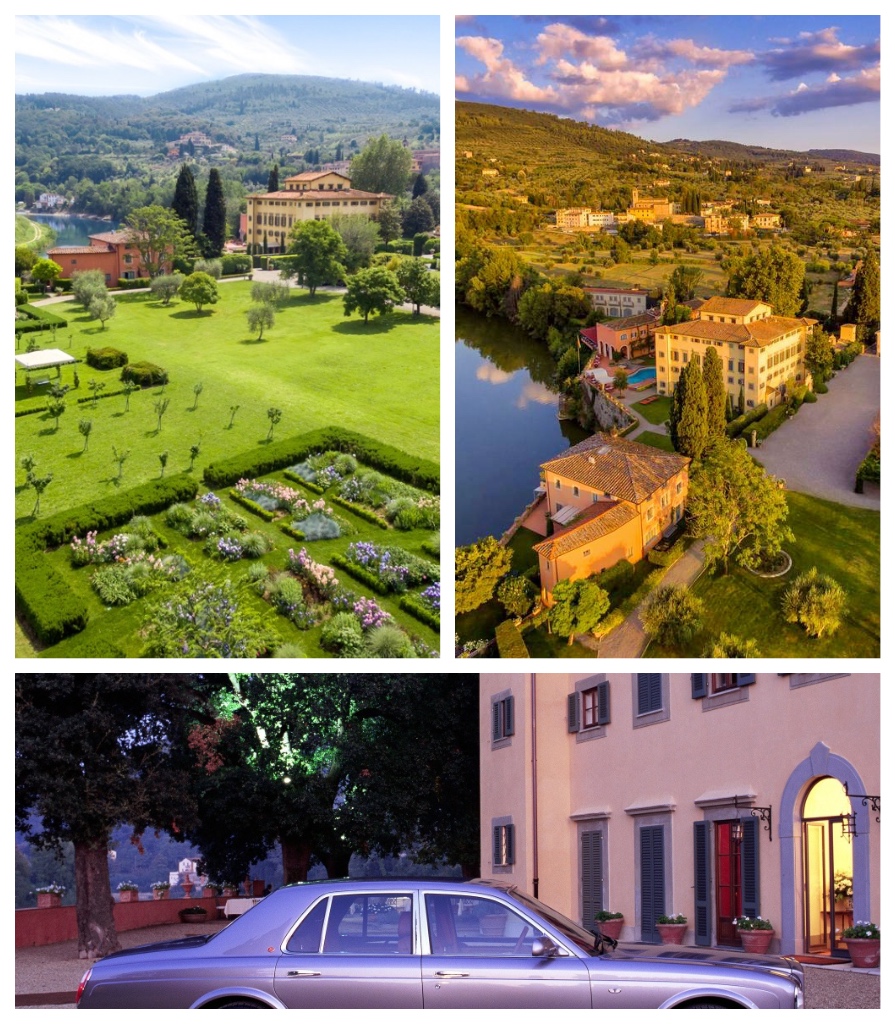 This is a 16thcentury Medici villa, on 22 acres filled with the scent of lemon trees and olive groves. It was converted to a private hotel in 1948, and is situated on the Arno Rover, just eight kilometres from the centre of Firenze.

It was here I met and established my longstanding friendship with one of Italy’s most celebrated automotive PR specialists and event organisers, Emanuele Bedetti – the man who conceived this event.

The setting at La Massa is quite simply beautiful, extravagant and peaceful. There are only 41 rooms, most of which are suites, and it’s one of Italy’s finest luxury hotels.

Florence became an informal seat of power, as influential and wealthy Romans invaded the city to build fabulous villas and palaces, where they could enjoy the Italian summer, away from Rome’s suffocating heat and humidity. 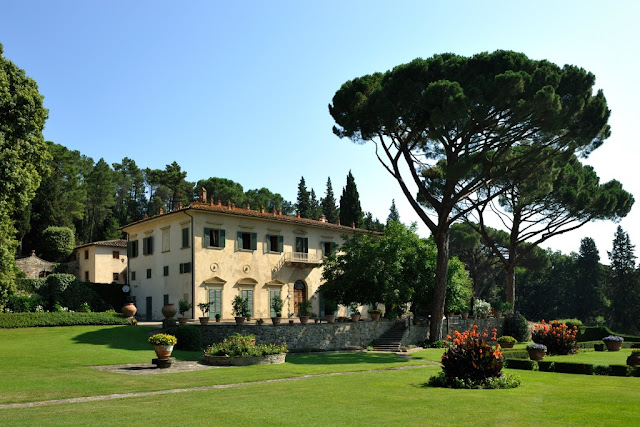 After a rousing dinner at La Massa, we gathered next morning for a test drive, visiting the fortified, hilltop city of Orvieto. Orvieto is one town which you should include on your bucket list – it’s traditional, unspoiled and has a great choice of small, excellent family restaurants.

A coffee stop  in Montereggioni, then on to lunch at the excellent Ristorante Dietro le Quinte, in Colle Val d’elsa. 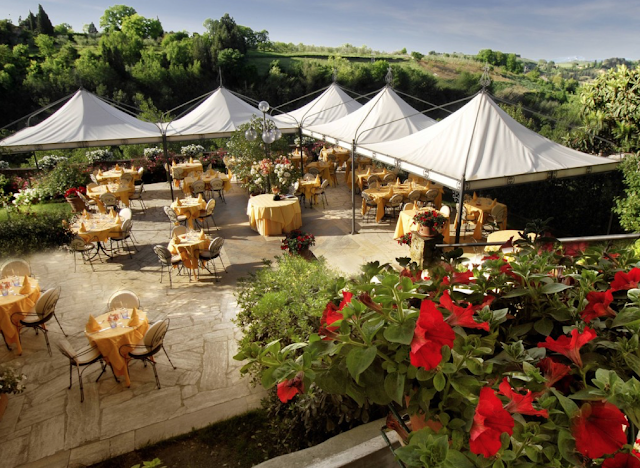 The menu at this ristorante is quintessentially Tuscan, and we dined on the terrace, taking in splendid views of the undulating countryside and vineyards. 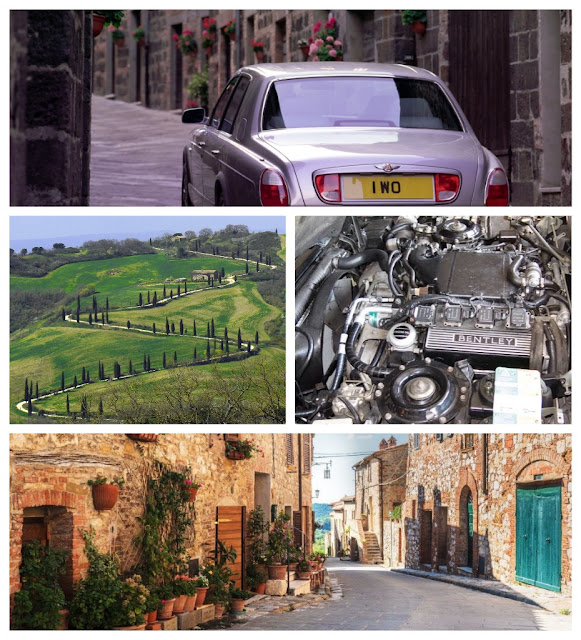 Tuscany (or Toscana in Italian) is not only famous for its beautiful countryside vistas, but also its wonderful roads that wind between the estates, which produce the fabulous Tuscan wines. 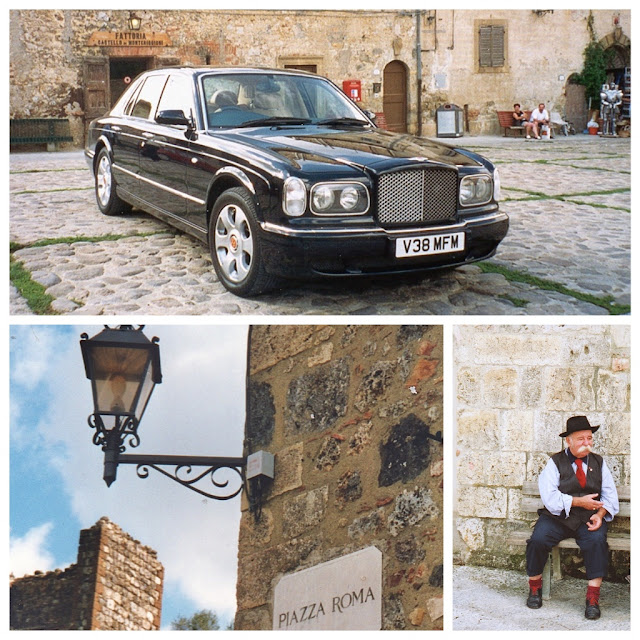 In Orvieto, I was busy photographing an older resident (below, right), when his eyes teared up and he told Emanuele, that when he was a boy, he lived near Brescia, and remembers Bentley’s competing in the Mille Miglia.

With that emotional endorsement of Bentley’s Italian sporting credentials we negotiated the narrow lanes of Orvieto, before heading for a leisurely lunch.

After lunch we were able to stretch the Arnage’s new-found power and torque as we headed back to Firenze on the A1 autostrada. 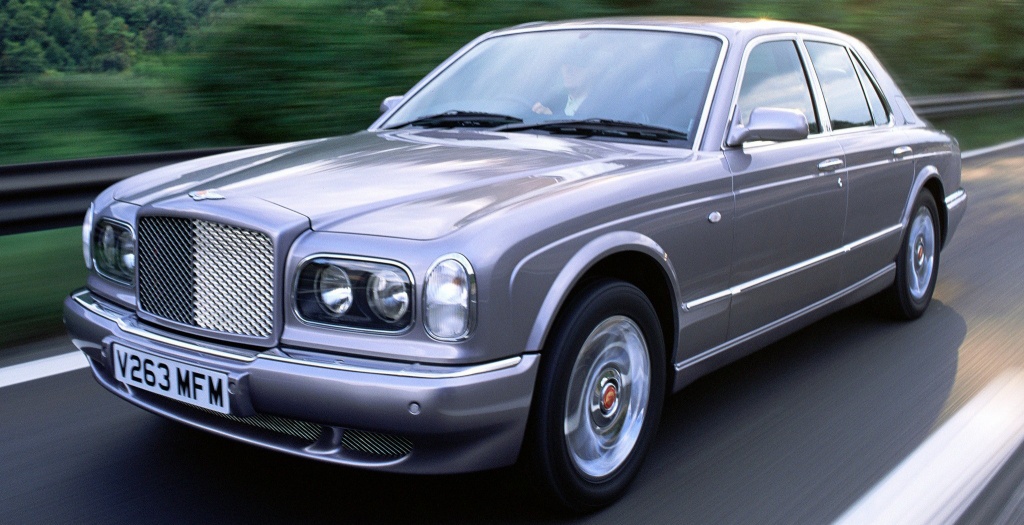 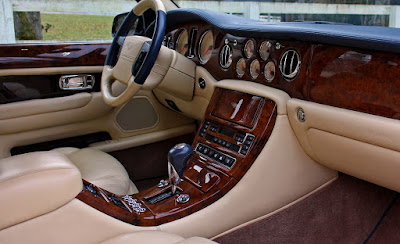 As we gathered in the Alitalia Premier Lounge at the airport there was complete agreement that the decision to refit the Arnage with the 6.75L V8, married to Bentley's bespoke interiors, would be warmly welcomed by Bentley enthusiasts the world over.

I have returned to Florence many times, but I will never forget my initial visit in 1999, enjoying the luxury and peace at Villa La Massa.
Posted by John Crawford at 5:33 PM