A 'COMMUNICATOR' GETS A FAST START 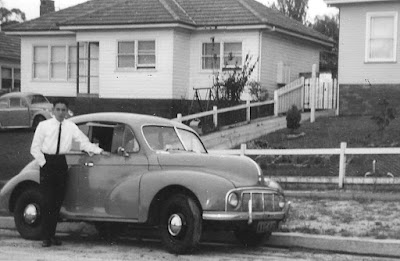 It’s amazing to me that my working life has been less about career-planning, and more about opportunities and serendipity. Like many young people leaving High School to enter the workforce, in 1960, I had not a clue what I was going to do for a job. But I did manage to buy a car, a 1949 Morris Minor, for £100.

My mother told my father she would like me to have a job where I could wear nice clothes, and have clean hands. So, via a close friend in Dad's Masonic Lodge, I ended up working for (then) Australia’s largest private bank. 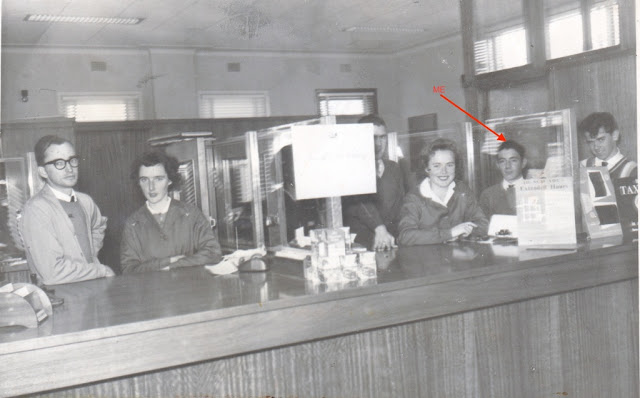 I began as a book-keeper, progressed to accounts clerk, and as my superiors noted that I had an outgoing and gregarious nature, ended up as one of the youngest Tellers in the Bank of New South Wales. Without being blasé, it was not rocket science, and personality was as important as handling large amounts of cash.

So long as your daily transactions balanced with the cash left in your drawer, and you were nice to the customers, everything was just fine. I like to think that was the groundwork for the start of my eventual career, as a ‘communicator’.

Without resorting to guile or flattery, I managed to keep all my customers happy, and growing their business at my bank branch. This meant a big tick in the box for using personality to attract more turnover, and of course it was very much a face-to-face business.

One of my customers was the owner of a printing business, and a member of a ‘car club’ and he regaled me with exciting accounts of various motor sport events he attended – finally suggesting that I drive out to the outskirts of western Sydney the next weekend to attend a ‘hillclimb’ for racing cars.

The hill climb was called ‘Silverdale’ and was a relatively short, but steep 650m bitumen track which included fast curves, dips, sharp uphill climbs, a tricky U-corner, after which the cars shot past the commentators’ box crossing the finish line, and hopefully creating a record-breaking time. 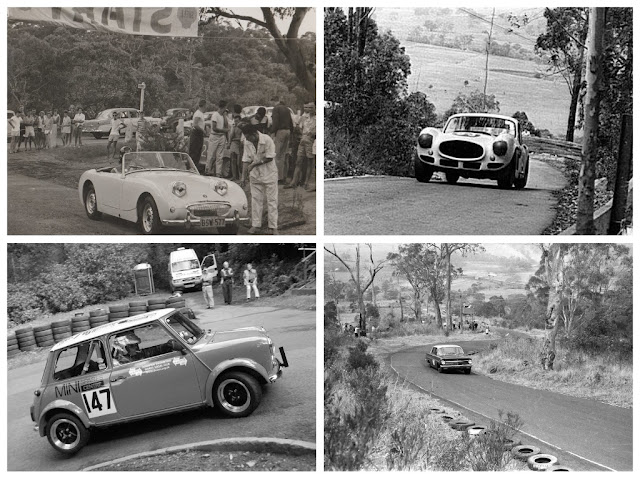 Each competitor was allowed at least four attempts, and more were allowed depending on how few accidents there were, and ‘failures-to-proceed’ - a not uncommon result for poorly-prepared race cars. After just one hillclimb meeting, plus the ever-present smell of Castrol 'R' motor oil, I was hooked on motor sport.

Coming from a lower middle-class family I could afford a car on my wages, but certainly not to participate in the sport itself. So, at future hill climb meetings I needed to take on a voluntary job to help the meeting run smoothly. I was a flag marshal, a starter’s assistant and an observer, but what really attracted me was the excitement generated by the commentator as the cars raced up the hill.

After three meetings in various roles, my friend Jim came to me around 10:30am one Sunday, and said the commentator had become violently ill, and did I think I could get up to the commentator’s box and take over.

After one day in the box, injecting as much excitement as I could into the perils and pitfalls of the competitors’ valiant attempts, it seems on reflection now, that that day in 1961 was the real start of my life as a ‘communicator’.

From that moment on, I became the lead commentator at Silverdale and felt right at home behind a microphone.

The next step, may not have been surprising, but it was momentous.

Attaining 21, the legal age I could join a social club licensed to sell alcohol, I joined the Australian Racing Drivers Club (ARDC) as soon as I could.

Visiting the clubrooms, I met racing fans, racing officials and racing drivers among the membership, adding a new dimension to my social life. 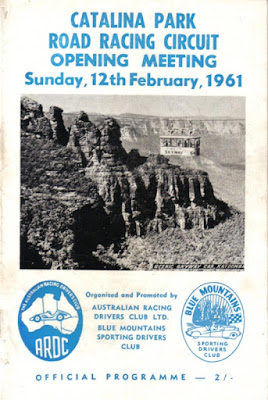 On my first visit to the clubrooms the Club was calling for members and friends to volunteer for various duties at the new Catalina Park circuit – flag marshals, fire marshals, gate attendants, lap scorers and timekeepers. I volunteered as a timekeeper, which preceded another change of direction in my life.

Sadly, this was also the year that my father died of a heart attack, but enjoying the fraternity and good spirits at the ARDC gave me access to male company at a time I needed support, and I also came under the gaze of the General Manager of the Club, a former police officer, Jack Hinxman.

Jack (below) had a fearsome reputation as a hard taskmaster, with a booming stentorian voice and the image of a strict disciplinarian, with everything 'by the book'.

He had a ‘tidy mind’ and was very well-organized, so consequently race meetings run by the ARDC ran like clockwork.

I will admit Jack ruled with a rod of iron.

However, in conversation at the Club one night, the subject of my father’s death arose, and I could see a softening in Jack’s attitude towards me.

My first meeting at Catalina Park, I reported for timekeeping duties.

The Chief Timekeeper was a corduroy-jacketed, Aussie-born, would-be Englishman called Stuart Marlowe. He was very prim, and rather aristocratic and he was judged on the accuracy of the timekeepers.

After the second race meeting Marlowe approached Jack Hinxman and said: “John’s a lovely young man, but he can’t continue to be a timekeeper, because he gets distracted watching the racing, and forgets to click the stopwatches!”

I was called into Jack’s office, where he stood quietly, put his hand on my shoulder and in gentle tones told me why I could no longer volunteer to be a timekeeper. By this time I think Jack had assumed the role as my surrogate father.

He said: “Johnny, is there anything else you’d like to do, to help out?”

My answer completely blew him away. “Yes, Mr. Hinxman, I’d like to be a commentator.”

At that stage the commentary team was made up of four experienced 40 year olds, and the idea of a 21 year old race commentator was beyond the pale. Nonetheless the leader of the team, Keith Regan, said to Jack: “We’ll give him a go later today, and see if he’s cut out for it.”

I called the second last race, made no mistakes identifying both cars and drivers, and because of my enthusiasm for following the sport, I knew a lot of mechanical detail about various cars, which I tried to seamlessly inject into the commentary as race positions changed.

At the end of that race, Keith Regan said: “That was very good, how about you call the last race. It’s a handicap race remember, so you’ll have to keep your wits about you.”

The last race call went without a hitch and from that day on I joined the regular commentary team at the race circuits used by the ARDC, at Catalina Park and Mount Panorama circuit at Bathurst.

Later I joined the commentary team at Oran Park, and when Catalina Park closed, I called races at the ARDC’s new circuit at Amaroo Park. All of these race circuits were located around Sydney, and easy to access.

After that I was regularly employed, by the sponsors of major car rallies, introducing rallycars and their drivers and co-drivers, when the big rallies started at Sydney's high-visibility shopping malls.

I also scored a lot of jobs compering various exhibits and events connected with motor sport; and later I hosted a 15 minute motor racing segment every Saturday afternoon on 2UW (more on my radio career later), which put me right into the centre of motor sport publicity. 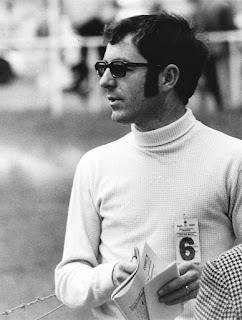 Then I was asked to write race reports for the brand new motor sport newspaper, Racing Car News, edited by a charming woman called Gail Sach.

Gail's  charm was an important part of the arrangement, because the job didn't pay any money. It was all about the glory of getting a byline, and having legitimate access to the racing heroes of the day - meaning, I could learn more about racing, and communicating through writing.

All of the preceding was down to my enthusiasm, my curiosity and my opportunistic nature, by not saying ‘no’ to trying new challenges.

In 1964 I went down another path, which led to even more opportunities to develop my skills as a communicator.