Father of new car scoop photo spreads, staffer at WHEELS and co-founder of MODERN MOTOR magazine and, with Evan Green, the man who drove an Austin Freeway around Australia in just nine days. 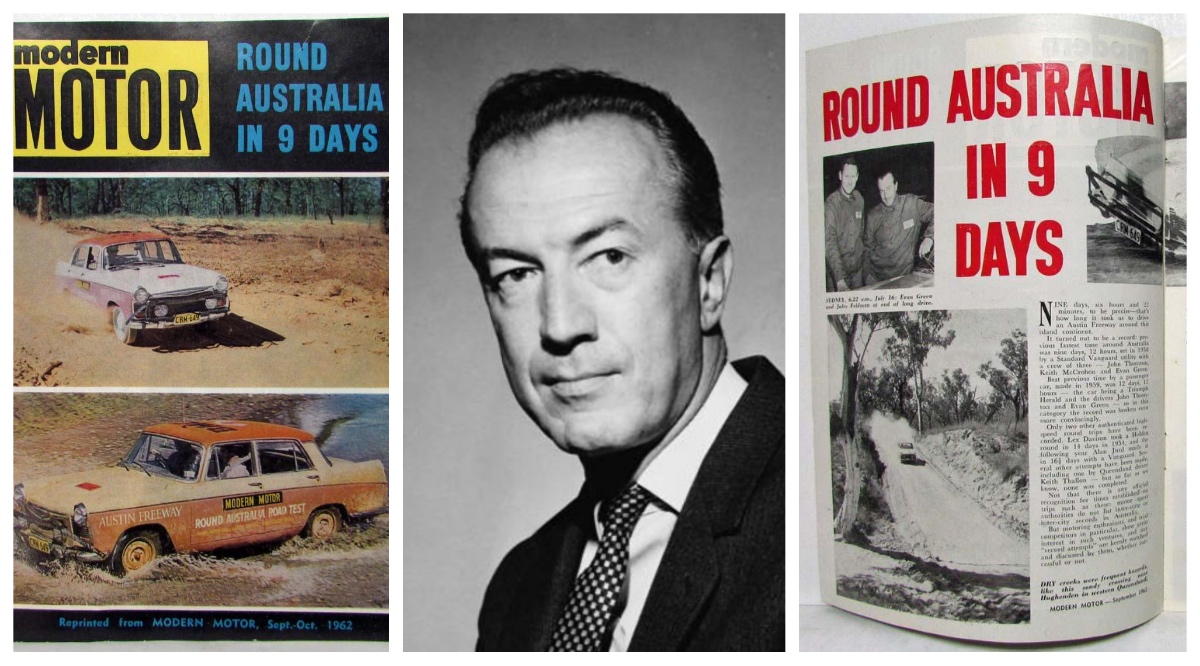 Jules Feldman was one of my heroes, and I had tremendous respect, admiration and affection for the quietly-spoken White Russian who was the Publisher of MODERN MOTOR when I joined the magazine in 1972. Within a short time I had been promoted to Editor by Jules, who said I was the first non-journalist who had ever produced the magazine on time, on budget and slowed its precipitous slide in circulation.

Jules Feldman was born in Siberia in 1919, and he escaped to Australia in 1938, just before WW2 changed life for everyone.

He was just 35 when he and a brash Sydney yachtie named Colin Ryrie started MODERN MOTOR in 1954. They had both worked on the first 11 issues of WHEELS magazine (Jules was Managing Editor, Colin Ryrie Advertising Manager), but decided to branch out on their own. They conceived MODERN MOTOR primarily as a news magazine, because it enjoyed shorter deadlines than WHEELS, and the pair had hit on the popularity of ‘scooping’ new models before they were launched. 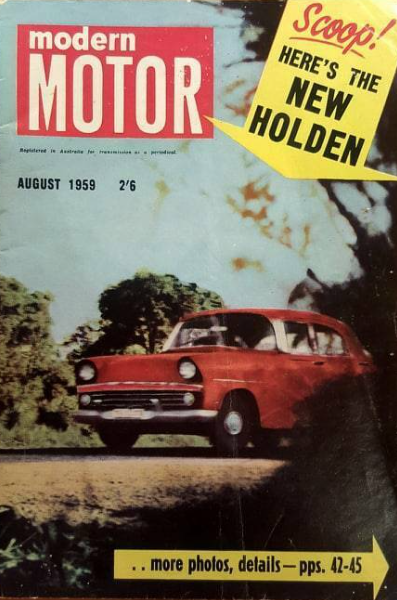 Scoop photos boosted the magazine’s circulation to over 90,000 copies on one occasion, after Jules had sneaked into the GM-Holden plant at Pagewood in Sydney and photographed the new models before they were ready to roll out of the factory.

The magazine developed a reputation as a pacesetter in automotive news, and boasted a strong band of correspondents in Australia and in Europe.

With his highly-tuned news sense, Jules was always ready for new adventures.

In 1962, as BMC Australia was about to launch the Austin Freeway, with the ‘Blue Streak Six’ engine, Jules and fellow journalist Evan Green approached BMC with a plan to basically ‘race’ around Australia in nine days, and beat the existing record.

The Freeway was pretty much a standard car straight off the production line, with stronger shock absorbers. 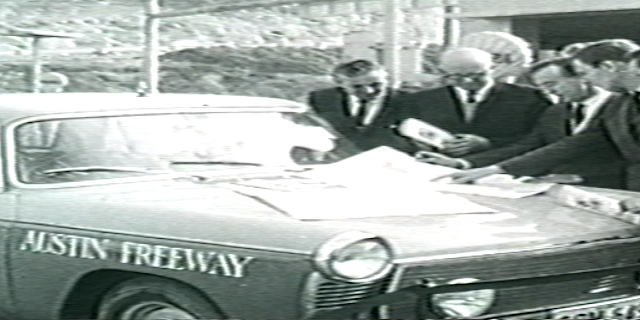 Jules challenged the staid BMC executives, telling them it could be done, for very little budget, and both he and Evan Green reckoned the car was strong and durable enough to take the hammering that the 8,100 mile (13,000km) run would inflict on the Australian-developed challenger to the popular Holden, Ford and Chrysler six-cylinder family cars.

They did in fact beat the record, by 5½ days, finishing the run with no major breakdowns. 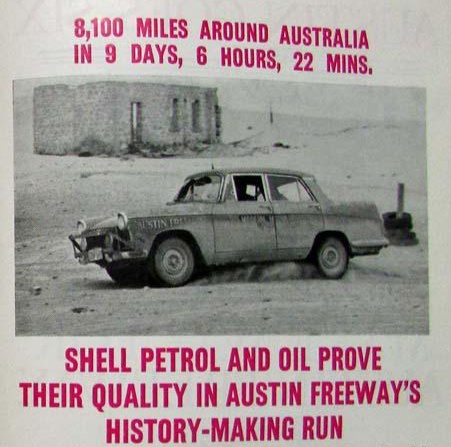 At the end the tough old British bulldog had succumbed to no major injuries, and proved an outstanding launching pad for BMC’s tilt at the traditional Australian-built six-cylinder family cars at the time, which of course were all American-designed. The advertising catch-phrase was 'Make way for the Austin Freeway'.

Jules Feldman was a man of outstanding honesty, integrity, determination and humility. He was a gem to work for. His only demand was that you do your job well. Once you achieved that in his eyes, you were provided with as much encouragement as you needed. His strong support launched me into mainstream journalism with incredible confidence and optimism.

He was thrilled when he realised I had a ‘nose for news’ and that I would hunt down the smallest detail, to give a scoop story the credibility it needed to sell magazines.

Jules died at 94, on September 18, 2013, survived by his wonderful wife Sandra, and two children.

Posted by John Crawford at 2:07 PM