THE GENESIS OF CULTURE CLASH by John Crawford

And just when things were going so well!

Late last year, Hyundai’s Genesis division lost the full-time work activities of its design chief, Luc Donckerwolke, due to the onset of a severe illness; then shortly after, its innovative and experienced brand manager, Manfred Fitzgerald, left the company.

These developments suggest that the first initiatives to separate Genesis from Hyundai’s brand umbrella, have hit the rocks. 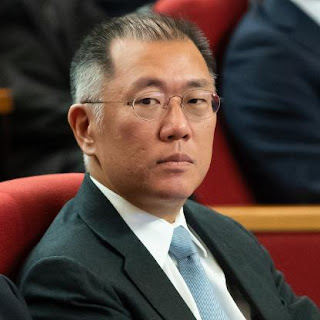 Think of Genesis as similar to Toyota’s Lexus project. However, where Toyota pursued its goals with an energized, no-limits approach, Genesis appears to have fallen victim to Korea’s embedded feudal management hierarchy.
This is despite serious efforts by Fitzgerald - and even intervention by the driven and ambitious Hyundai Chairman, Euisun Chung (right), to broaden the outlook and understanding of brand management of the ‘home team’.

I experienced a similar brick wall, when I joined Daewoo Motor in 1994, as it prepared to launch a new car company, and then four brand new cars. My good friend Ing. Dr. Ulrich Bez (arrowed), had been lured away from Europe by Daewoo Chairman, Kim Woo Choong (centre), with not only a big paycheck, but also the irresistible challenge of launching four cars, which were all-new, from the ground up. 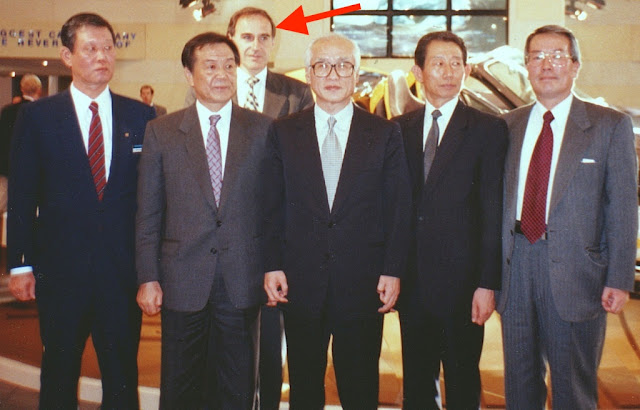 Despite being appointed by the ‘Feudal Chief’ (the Chairman), Dr. Bez was continually frustrated by petty jealousies, and undermined by opposing opinions on engineering initiatives and product engineering, by the Korean project managers – who, strongly disagreed with his appointment as Director of Product Development.

They saw his involvement as ‘intervention’, and were too stubborn to recognise that Bez could bring European savvy, experience and know-how to the new products which, in order to be market-competitive, demanded a new approach in vehicle dynamics, build quality and reliability. These were skills and talents sadly lacking in the Daewoo ‘home teams’.

In the case of Genesis, Donckerwolke delivered outstanding new cars, and Fitzgerald proposed a highly innovative approach to creating brand differences, thereby setting Genesis free of the shackles of appearing to be just an ‘upmarket Hyundai’.

Hyundai’s aspiration was that Genesis would be able to challenge not only the key Asian competitors, but eventually go on to challenge the German Trio, with confidence and product integrity not previously seen in a Korean luxury car.

Despite Hyundai’s global success with high volume, lower-cost cars and SUVs, Genesis’ product management and engineering teams are locked in a cultural time-warp, and it appears that internally there remains a lack of understanding of the differences in brand aspirations, and the demand for brand separation, in positioning its Genesis line.

Manfred Fitzgerald and I go way back, when we worked for the Lamborghini and Bentley brands within the VWAG catalogue of both volume and premium marques. We were both working to create a profile, a personality, and a special appeal for the British and Italian marques, which telegraphed to potential customers that these brands deserved a place in the premium luxury pantheon, and serious consideration.

The results speak for themselves. Today both Lamborghini and Bentley are very successful brands for VWAG, and easily maintain their distinct appeal to big spenders in these exclusive market segments.

Understanding the mindset of customers for these cars, was an integral element of the Fitzgerald proposals, if the goals for Genesis were to be reached.

It appears now that the current Genesis team has pulled back from Fitzgerald’s innovative and out-of-left-field marketing concepts, simply because it has no experience whatsoever of operating in this market space, and I also suggest the team is struggling to grasp a detailed understanding of this specialised segment, which is essential - to effectively separate Genesis from Hyundai’s mainstream products.

I had another personal experience, in Korea, of the difficulties which hampered Korean carmakers’ attempts to penetrate the premium luxury market. On a visit to Seoul in 1997, Dr. Ulrich Bez asked me to accompany him to an informal meeting with members of the board of Ssang Yong Motor.

I did not realise it at the time, but Daewoo Chairman Kim Woo Choong was contemplating a takeover of Ssang Yong in order that Daewoo could sell both the (Mercedes-Benz based) Musso SUV, and the Chairman luxury sedan (which was wholly-based on the Mercedes-Benz W210 E-Class).

The discussions with the Board members revealed they had virtually no idea, or plans to develop any ideas, about how to market a car in the premium luxury segment. It was clear the Ssang Yong executives did not understand the segment, nor how to work within it to promote their flagship car. They revealed absolutely no knowledge of brand imaging, brand positioning, nor who the customers might be.

In 1997 if a wealthy Korean tycoon wanted a premium luxury car, they simply ordered one from Germany’s trio (Audi, BMW, Mercedes-Benz). And, why is that? Because the brands’ values and their attributes are firmly established in those customers’ minds. 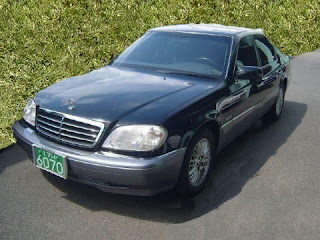 There was rarely any purchase consideration given to the Ssang Yong 'Chairman' (right) – the car just didn’t appear on their radar, or resonate with Korean premium luxury buyers, despite its Mercedes-Benz product core.

Also, Ssang Yong’s amateur attempts at marketing the 'Chairman' merely confirmed that executives from most Korean carmakers had no clue about the ‘value’ of a premium brand. Speaking of the amateur approach, just reading the 'Chairman’s' initial press release clearly revealed their lack of experience and knowledge. 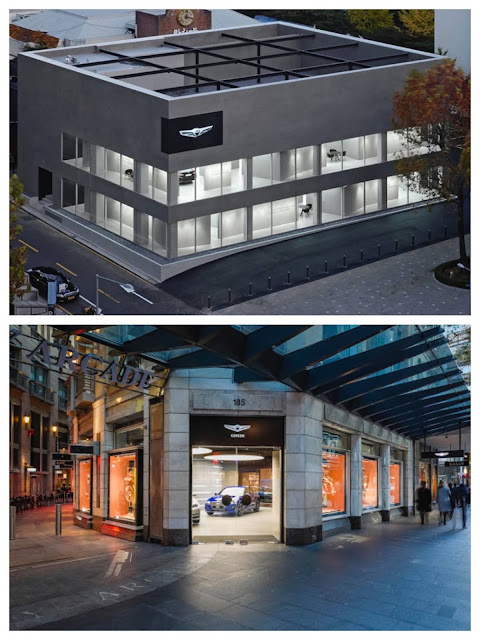 Coming back to Genesis, one area where the ‘brand experience’, was intended be completely independent, were the showrooms.
They were to be located in city centres, alongside high fashion brands and luxury goods retailers.

The showrooms, were essentially upmarket stores.

In the lower photo is the Sydney showroom, in a prominent position in one of the city's most famous shopping arcades. 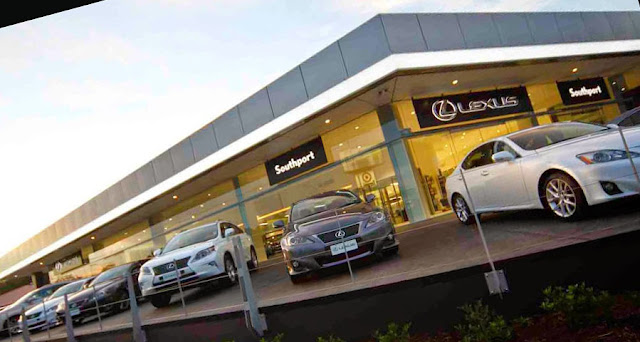 Lexus maintains a solus dealership profile, totally unrelated to the Toyota brand. It retains this prime position in the luxury and premium luxury segments thanks to Toyota’s persistence and single-minded determination to lift Lexus above the status of Toyota’s more prosaic offerings.

However, it appears Genesis could sink without a trace, thereby wasting the considerable resources which have already been deployed to achieve the modest success it has enjoyed so far.

None of this concerns the dynamics and raw driver appeal of the Genesis cars and SUV. They have been expertly ‘fettled’ by Albert Biermann and his team at Hyundai’s N-works at Nurburgring, and represent outstanding ride, handling, and straight-line performance, already the equal of anything from the Lexus stable – or indeed established members of this club, like Jaguar.

Biermann, of course, came to Hyundai from BMW’s M Division, to do precisely what Hyundai demanded for its sports variants, the impressive i20N , i30N, and its rallycars. 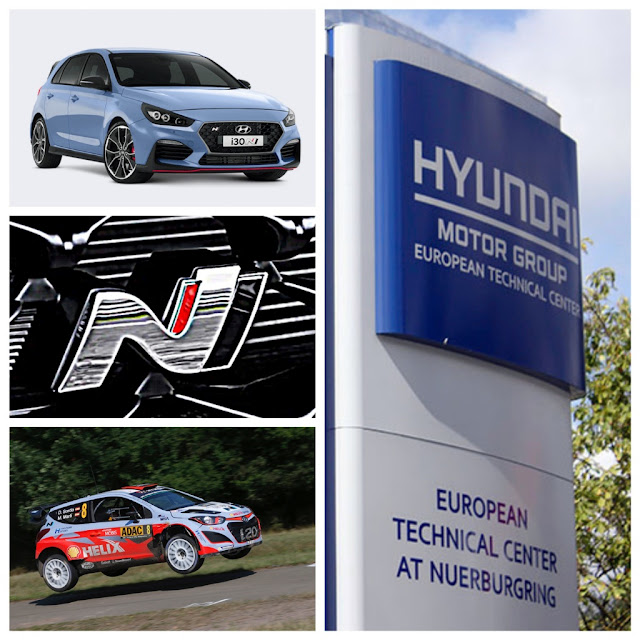 Based at the motor sport shrine in the Eiffel Mountains just north of Frankfurt, Hyundai’s N-works at Nurburgring operates in concert with a similar facility in Korea at Namyang – which is the reason for the N model code.

So, if the current Genesis models are world class, indeed benchmark competitors, there is every reason to place them on their own, unique pedestal, to draw in premium luxury buyers.

However, I see indications that the Korean management will fall short of Euisun Chung’s aspiration, to offer a Lexus competitor, and a brand which could someday been seen as equal to Audi, BMW and Mercedes-Benz.

Believe me, they have the right credentials, now!

From my own sources within Hyundai, it appears to me that, sadly, the inexperienced managers will prevail, and the Genesis dream may be short-lived due to risk aversion, and the lack of global experience, among the middle management tier, to truly challenge the world’s best with unique positioning and marketing plans.

Posted by John Crawford at 3:19 PM