Way beyond the Scottish Highlands, near the end of British roads reaching towards the Arctic Circle is one of the best Great Drives I can recommend.
If you were driving from Land’s End, the southernmost part of England, to where the road stops, that will bring you to John O’Groats, the northernmost location.

Here on the blustery northern coast, the next stop is Norway – or maybe one of the outlying Shetland or Orkney Islands.

But, this time we fly into John O’Groates Airport at Wick. The town was originally a Viking port, where Viking longboats were once made.

The town was named Vik, but was Anglicized to Wick in the 12th century. It’s only claim to fame was that it was the biggest fishing port for herring in the British Isles, but as the waters were overfished, the town’s prominence declined.

The town itself wins praise from city planners, as it was laid out by Britain’s leading civil engineer at the time, Thomas Telford.

You can fly into Wick from Edinburgh or Aberdeen, but if you’re planning to rent a car, apply at least six weeks in advance. That’s so the car rental company can first identify a car, and then get it to Wick in time for your arrival. 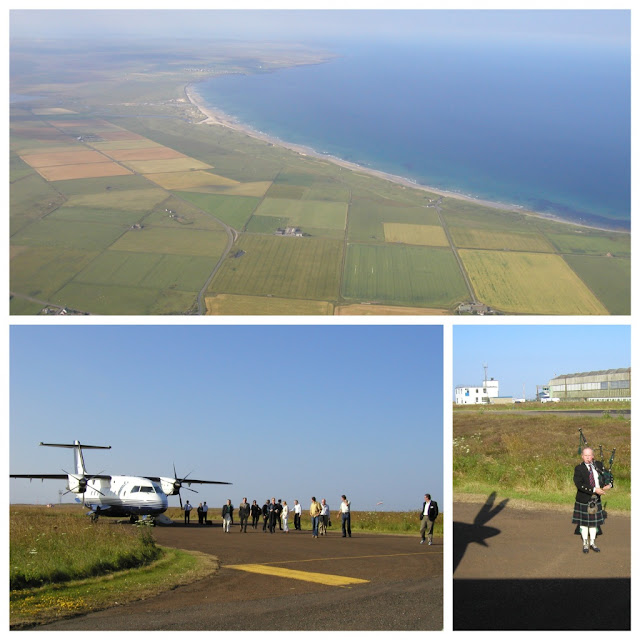 I arrived in Wick in high winds, which saw the Dornier turboprop swinging wildly side-to-side as it landed in a stiff crosswind. At the airport, our group was greeted by a piper, and then we we went directly to one of Scotland’s finest, and most unusual hotels – Ackergill Castle. 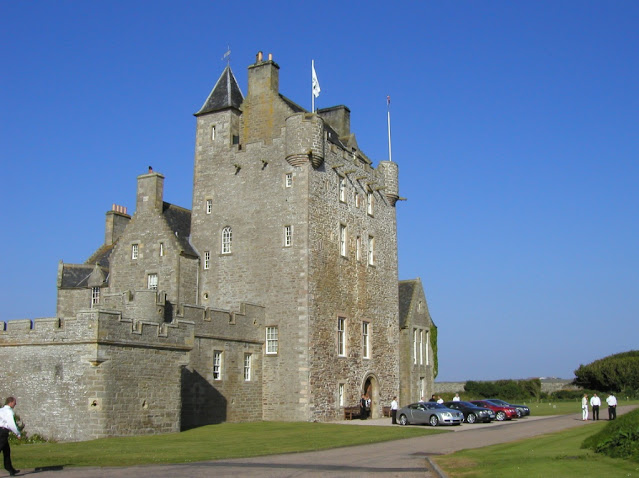 There’s only a small number of rooms within the tower structure, but outlying buildings have been turned into luxurious cottages for longer stays. As they say in the area, “There’s nowt to do but long walks.” However, the bracing sea air and the hearty meals will provide a very restful and relaxing stay.

This Great Drive is just over 220 miles long, but you’ll experience open, flowing roads, quaint towns and villages, fantastic views of the northern coast and find yourself in the seat of the Sutherland clan. 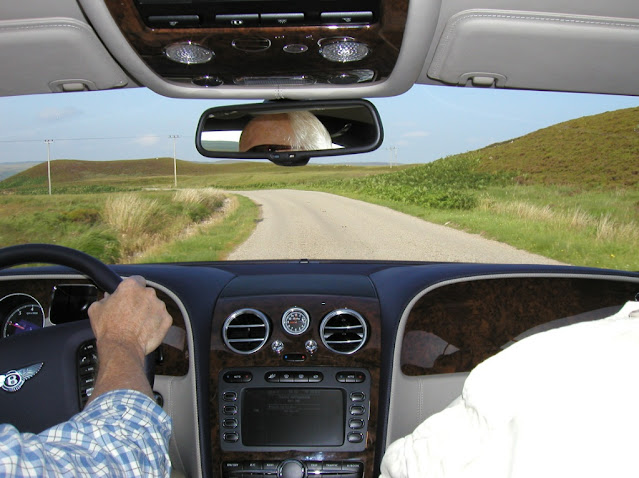 The area’s topography is generally flat land, with slightly undulating hills and it supported the early residents with fishing and herding of sheep.

Leave Ackergill early and join the A882/A9 to Thurso, which remains one of the largest settlements in the north of Scotland. Neolithic burial cairns found nearby date back more than 5000 years, and Thurso was originally an important Norse port, trading with a number of northern European cities. 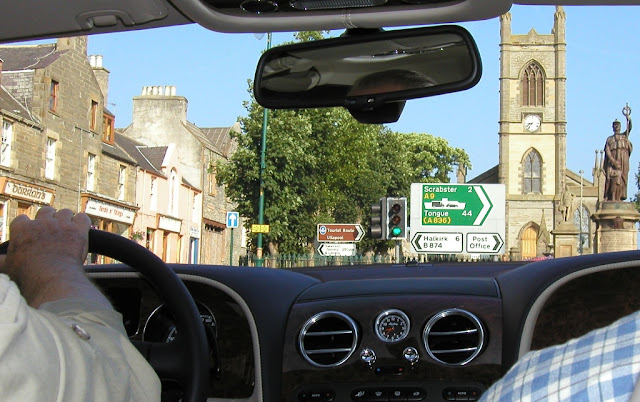 From Thurso (above) the road sweeps through deserted farmland, with Highland Sheep dotted about the fields, either side of the A836.

There is little traffic, most of it local, as tourists rarely venture into this pretty countryside, because of the reputation for bleak weather. There are four or five sheltered coves along the rugged coastline, with pretty beaches. But don’t be fooled, these are not ideal for a dip, because remember you’re looking at the wild North Atlantic Ocean. The coast is rocky, rugged and unforgiving.

The road heads inland, where the River Naver empties into the sea, and the next largest town is Tongue – a great place to stop for morning tea, or lunch if you’ve been dawdling along taking in the sights.

Located a mile or two south of the bay known as the Kyle of Tongue, the town of Tongue sits in the shadow of two mountains, Ben Hope and Ben Loyal. The area around the town was famous as a crossroad for the Gaels, Picts and Vikings. 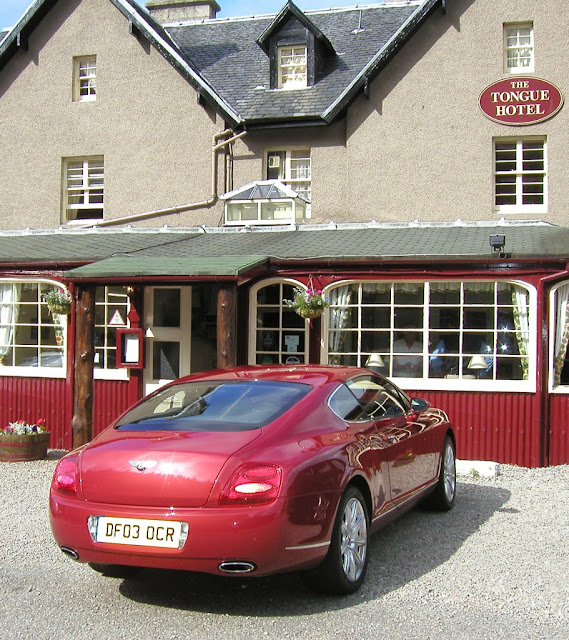 There are two hotels in the town, so a stopover is certainly possible, however in the summer months you would need to book early to ensure a reservation.

Tongue House, to the north of the main township, on the eastern shore of the Kyle of Tongue is the historic seat of the Clan Mackay. There are many pleasant walking trails around Tongue, but anytime other than summer the weather is usually distinctly uninviting.

Leaving Tongue, take the A838. The road tracks around Loch Eriboll, before winding back to the northern coast at Durness.

This is windswept, isolated country, and at the hamlet of Luxford Bridge take a right onto the A894, which is signposted to Ullapool. Don’t be confused however, as there are two towns with similar names – Unapool and Ullapool.

When you reach the north shore of Loch Assynt, take a left and join the A837. Just after Ledberg take a right on the A835. If you reach a place called Ledmore you’ve missed the turn. There are no more turns until you reach Ullapool, on the northern side of Loch Broom. 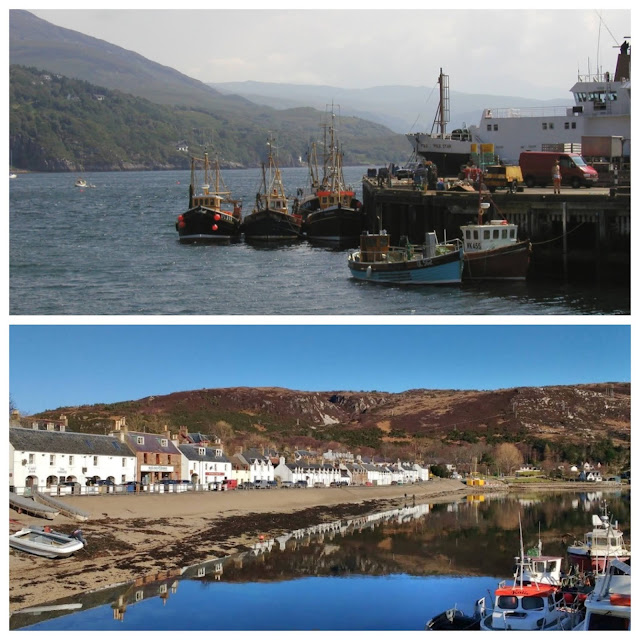 Ullapool is a large fishing and ferry port, taking passengers and cars to the Isle of Lewis and its main town, Stornaway (below). 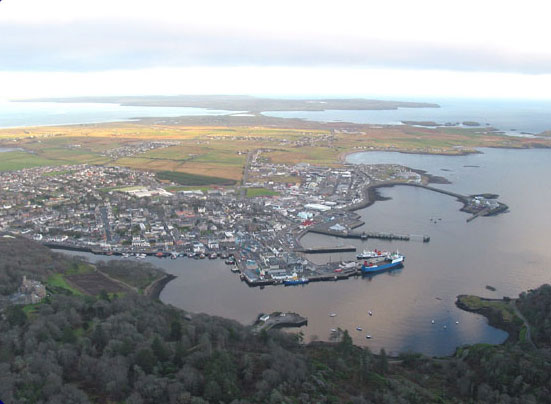 Ullapool was founded in 1788 as a herring port, and once again the town was laid out by Thomas Telford. There are many pubs, restaurants and hotels, so it’s a logical place to pause for a day or so.

There are also many walking trails in the nearby mountains, the most spectacular of which may be found at An Teallach – but, be warned, the climbing trail begins after a long walk from the nearest parking area. However, after you’ve climbed, you are promised spectacular views.

The road to Inverness travels through genuine Highland terrain, with impressive mountains in sight near the roadway and in the far distance. It’s a wide highway, with great views to either side, which becomes more populated as you near Inverness.

Inverness, from an aerial view is a large city, but if you spend time there it takes on the personality of a big village. The people are outwardly taciturn, but friendly when you get to know them. 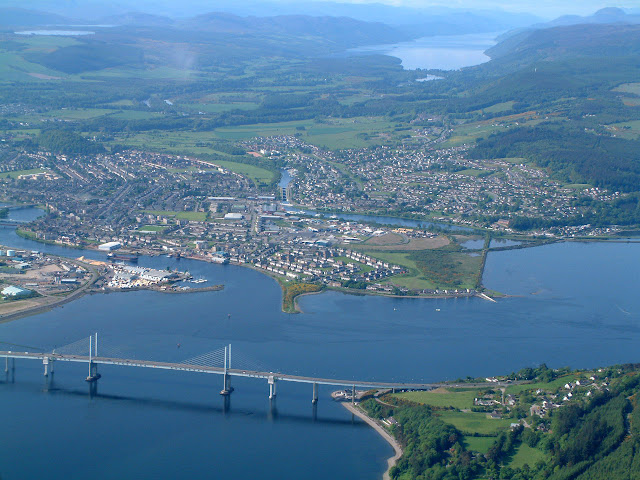 I always associate this stern behaviour as representative of people who don’t want to waste time jawing on the street, so they can just get inside their warm houses.

Scotland, for such a small country, has many interesting side roads and locations full of history, but I’m reminded of an earlier visit to Inverness and a visit to the local tourist office.

We had determined that there was a direct road link between Inverness and Tongue, so we asked the young agent in the tourist centre how long it would take to drive to Tongue and return?

He asked, in a broad Scottish brogue: “Aye, and where are you'll be stayin’ this night?”

We replied: ‘Fort William’. (about 90 minutes south of Inverness)

“Then you’ll no be goin’ to Tongue today. Yer see, it’s a single lane road, with ‘passing places’ – so sometimes you have to back up half a mile, to let a motor coach come through. The trip up and back could take you six hours.”

Such are the quirks of touring in Scotland, and the lesson is, wherever you’re planning to go – allow a lot of time to complete even the shortest journey – especially if it’s a single lane road, with ‘passing places’. 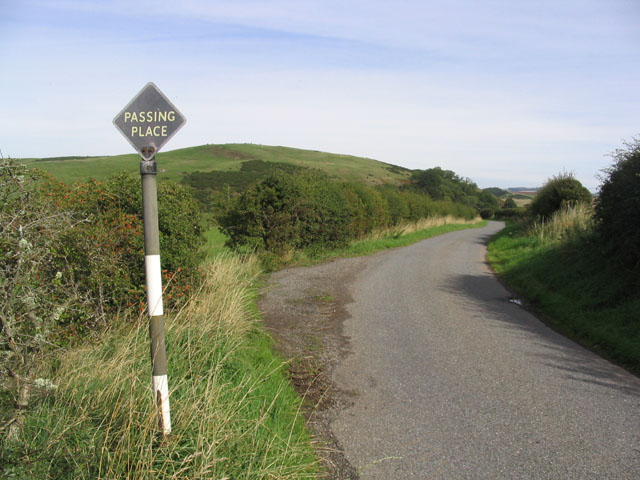 Posted by John Crawford at 6:54 PM