It’s historical fact that since its creation by Sir William Lyons in 1922, Jaguar Cars has had many a renaissance. The company has reinvented itself many times in its illustrious 75 years of existence.
Apart from its founder, many people have been credited with guiding the company through difficult times, to emerge again with hope for the future. However, one of its many Chairmen, Bill Hayden, is quite possibly its most important architect of one of those many periods of renaissance.
When Ford Motor Company acquired Jaguar Cars in 1989 it could never have known what a skilful ‘sales job’ the then Chairman Sir John Egan executed, when he convinced the Detroit giant to buy the company for £1.6 billion. It was a terrible mess, with escalating overheads, falling production and sales, and very indifferent quality.
Ford’s next move was inspired. In July 1990 it installed William Hayden as Chairman and Chief Executive. On his first inspection of the venerable Browns Lane plant in Coventry, he told the workers it was “the worst he’d seen outside of Gorky.”
Adding insult to injury he said: “It was a terrible organisation making terrible cars. The quality of Jaguars wasn’t bad, it was horrendous.”
However, after shocking, and shaking up the workforce Hayden went on to lead Jaguar’s most important renaissance. He did it by leading from the front. He put in incredible hours, effort, passion and dedication. He got results, sometimes by reducing some of his key, very senior, executives to tears if they dared put an ill-thought proposal in front of him. 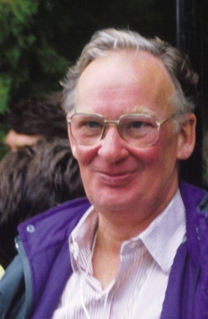 Those at Jaguar today owe its very existence to Bill Hayden. He took tough decisions, and a tough stance with recalcitrant workers and staff. He simply wouldn’t tolerate any second-best efforts, by anyone.
It should not be forgotten that Bill Hayden had already written his record in the history books with an equally good job running Ford of Britain, so his two year tenure at Jaguar merely confirmed that he was an outstanding manager. 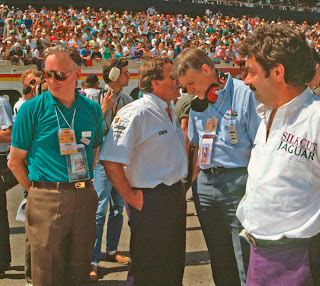 Bill Hayden, Tom Walkinshaw, John Grant (Le Mans 1990)
No-one at Jaguar today, or the motor industry at large, should ever forget his name. Bill Hayden was the true renaissance architect of Jaguar.