In May 2010 Ing. Dr. Ulrich Bez, COO of Aston Martin, drove a Rapide (with three teammates) in the 24 Hour Race at the Nurburgring. The beautiful Rapide finished the race, in second place, but it was yet another victory for the man who leads Aston Martin. Bez believes that racing is important to the image of the company, but racing on his terms. 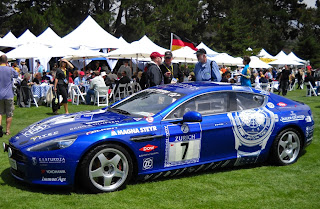 The Aston Martins you see on the tracks today are privately-owned and raced. Not a pound of company funds support them. The Rapide, and, in previous years, the production Aston Martins that Dr. Bez and his teammates race at the Nurburgring, are there for one reason only – to prove their reliability.

Bez puts his money where his mouth is, not only racing, but also personally testing his new models across the desolate deserts of the USA, and on the slippery alpine roads of Europe.

The key to Aston Martin’s contemporary success is undoubtedly the passion, the drive and the commitment of Dr. Ulrich Bez. 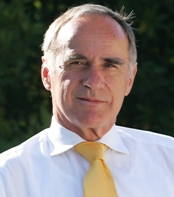 Not only has this man driven the tiny British company to exceptional heights, resulting in Ford agreeing to sell the company in 2007 to equity investors for AUD$1.2 billion; but Bez has also been the man who pushed his engineers to exceed everyone’s expectations of the new Vanquish, DB9, DBS, Vantage and Rapide.

When I drive an Aston Martin, I sense his spirit and his fatherly eye in every component; the sound of the engine, the snick of the gears and the confident stance the car has on the road.

If ever a car possessed the soul of its creator, then an Aston Martin is such a car. Much like Sir William Lyons’ presence, in the great Jaguars before and after his death.

Bez is Aston Martin’s champion and is wholly responsible for lifting it from a tiddler in the global car industry, to a serious player.

I have known Ulrich Bez for almost 20 years, and am very much aware of his impressive achievements at BMW and Porsche. So I was very surprised when he turned up as Director of New Product for the Korean company, Daewoo in 1994.

“What gives?” I asked. He replied: “John, what a great opportunity this is! A clean sheet of paper. How many car guys get this chance? To create, guide, mould and produce a whole range of cars?”

To overuse an old phrase, the rest is history. His legacy was four very interesting new cars, with many design highlights, great competency on the road, outstanding reliability and the foundation for GM’s new Asian design and manufacturing base today.

But, I’m sure Dr. Bez would agree that in his journey through life in the car industry, his time at Daewoo was valuable. Leaving Daewoo at the end of his contract, Jacques Nasser, then CEO of the Ford Motor Company, tapped him to take over, fix, and make prosperous Aston Martin.

Ford bought the company in 1984, and sank quite a lot of money into it. However, it must be recognized that Nasser threw Aston Martin its best ever lifeline when he appointed Ulrich Bez. Truly, a prescient decision.

Bez once relayed the tale of his development work on the AWD Porsche 959 and the challenge he faced in one of the test programs. He wanted to drive the car flat out ‘somewhere where there were no limits on speed and distance’. Despite the size of the huge Nardo test circuit in Italy, he wanted somewhere where the opportunities were limitless! 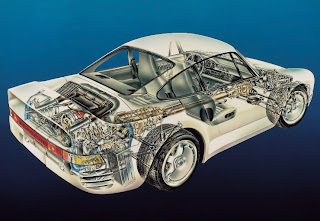 The next moment, he had packed up the Porsche engineering team and freighted the prototype to ice-bound northern , where they set up camp by the side of an immense, solidly frozen river! For the next week, Bez and his engineers took great delight in driving up and down the river at the car’s maximum speed (on studded tyres) testing its potential, its stability, and its handling. Crazy? Probably. Effective? Yes.

Bez was the man wholly responsible for pushing the pretty little Z1 sports car through the BMW bureaucracy. He was its creator, its soul and its ‘father’. The car was hailed by owners, automotive experts and journalists, and mildly appreciated by BMW. The Board took exception to Bez’s strong will and fanatical pursuit of the project, and because the car was not really a complete commercial success, the Board members vowed never to ever give one man at BMW total power ever again.

In recognition of the part the Z1 played in his career development as an engineer, he redesigned his house in , so that the back wall of the garage, where it joined the dining room, was made of glass. That way, whenever he entertained at home, the Z1 in the garage was on display, for his visitors to appreciate.

Ulrich Bez is a rare bird – he’s an eccentric German. He is at the same time inspired, intelligent, autocratic, off-the-wall, manic, determined, and has a great eye for detail. 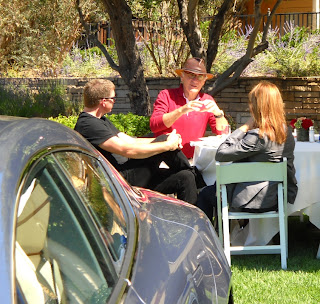 At the front line - Ulrich Bez with Aston owners in Monterey 2010
He loves driving fast cars, fast. He loves Formula One. He is the complete car guy. However, he’s also more than that. He took control of the redesign, and construction of Aston Martin’s new headquarters in .

During a tour he proudly points out where they used travertine marble for good effect in the walls and floors of the entrance and the lobby, but then plaster walls and polished wood in the offices and staff common areas, which are hidden from public view.

It’s not hard to be impressed by the man, his achievements, his passion and will to win. I always thought that his appointment to run Aston Martin was inspired, and put a square peg in a square hole. The marque demanded a man of engineering integrity to create a new dimension for its products; and every day we see the fruits of his labour.
Posted by John Crawford at 9:40 AM