If beautiful cars attract beautiful women, there's also lots of celebrities who like to celebrate their love of fine cars, and there's no greater Porsche fan in that circle, than Jerry Seinfeld.


Here he is at the 2005 Amelia Island Concours d'Elegance in Florida, with a truly vintage Porsche from his large collection. This vehicle, chassis number 356/2-040 'Gmund', was built in the spring of 1949, and is the oldest original-condition Porsche in the world. It is one of less than 50 hand-built, all-aluminum cars produced in Porsche's first 'factory' - a converted sawmill in Gmund, Austria. 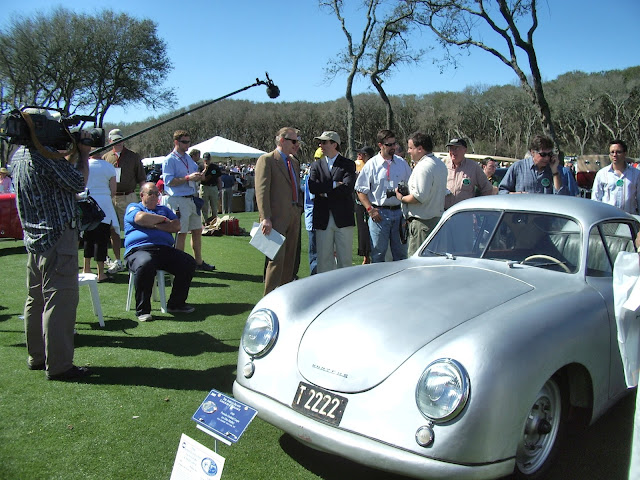 Needless to say, the media is always on the lookout, 'Star-spotting', but at Concours events they seem to be prepared to let celebrities enjoy the show. 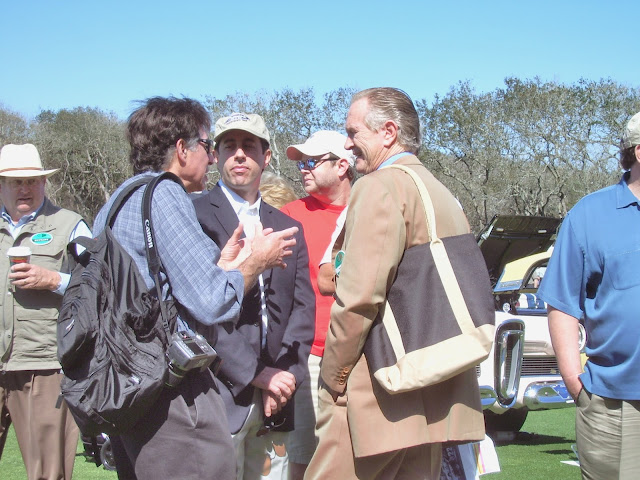 I think it's also a comment on Jerry Seinfeld's self-confidence that he doesn't have 'minders'.


DETAILS OF CHASSIS #0040 (Courtesy of www.conceptcarz.com):

Chassis #040 was immediately put into service by Porsche as a highly documented development car, and was used as a rolling 'testbed' for factory experiments with aerodynamics and mechanical components, many of which were later used in the very successful 356 SL racecars at LeMans. Special racing features incorporated into this vehicle was a stronger aluminum engine (the standard cars used magnesium), raised shift linkage, and the first use of hydraulic brakes in a Porsche.

Sold in 1953 by Louisa Piech (Ferdinand Porsche's daughter and the sister of Ferry Porsche) to Otto Mathe, the well known 'one-armed' racer from Innsbruck, Austria. In 1996, after Mr. Mathe's passing, it was sold to Austrian enthusiast, Franz Rathkolb. It was purchased by Jerry Seinfeld in 2003.

Since Mr. Seinfeld became the owner of #0040, the car has been returned to perfect mechanical and running condition without disturbing any of its stunning originality. The car is now regularly driven on all the best sports car roads of California and New York, as was intended by its manufacturer.
Posted by John Crawford at 8:53 AM