THE MANY BENEFITS OF GUILTY PLEASURES

Here's a very effective prescription for a self-administered drug to combat motoring boredom. 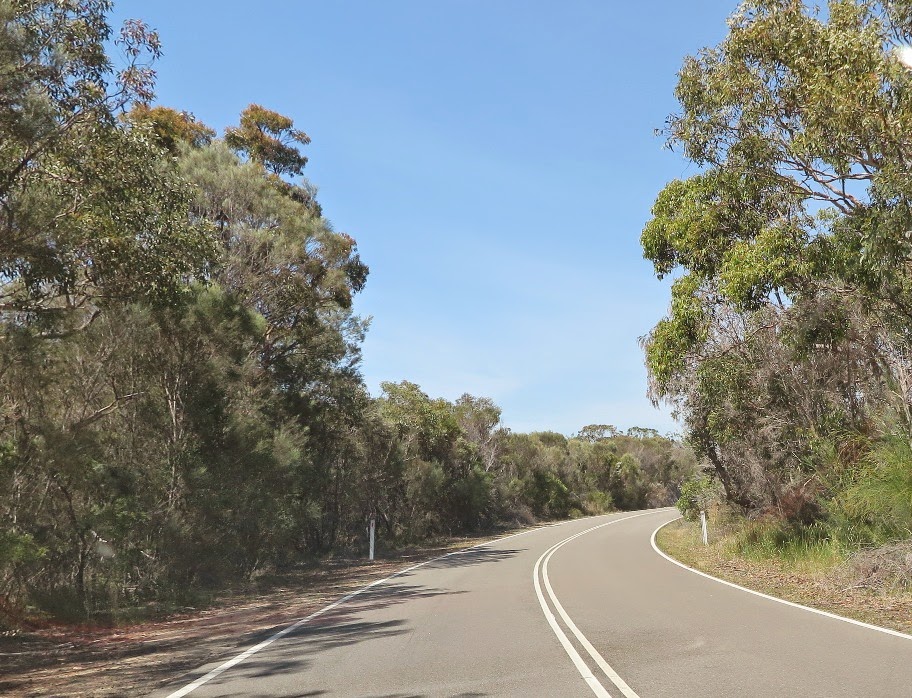 Take one Toyota Eight-Six, find a great stretch of hilly, twisty, undulating and challenging "driver's road" and Go For It! 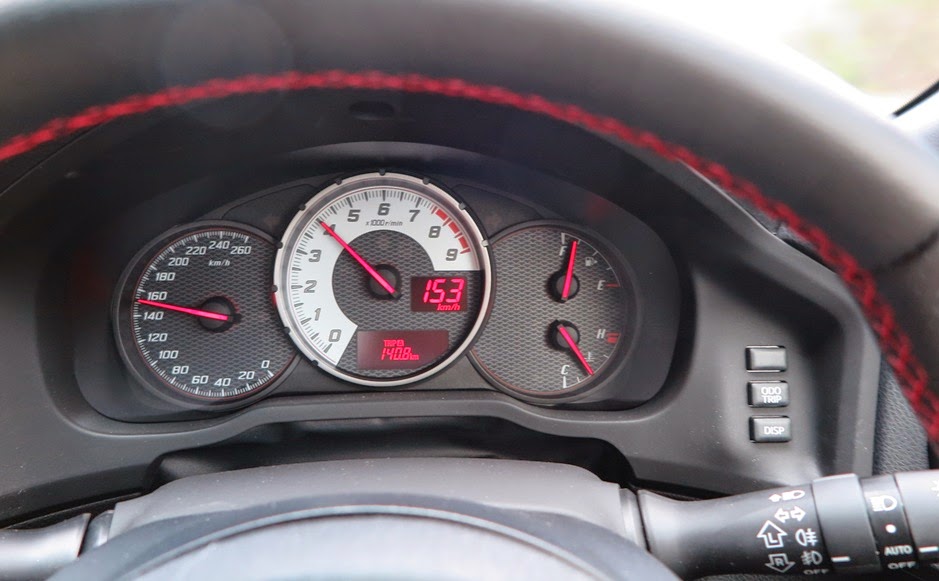 Then, just to soothe the effects of guilt after having too much fun, the next Highway Patrol car you see simply pull over, offer up your wrists so the patrolman can slap on the cuffs, and charge you with excess over-stimulation of the fun-driving glands! 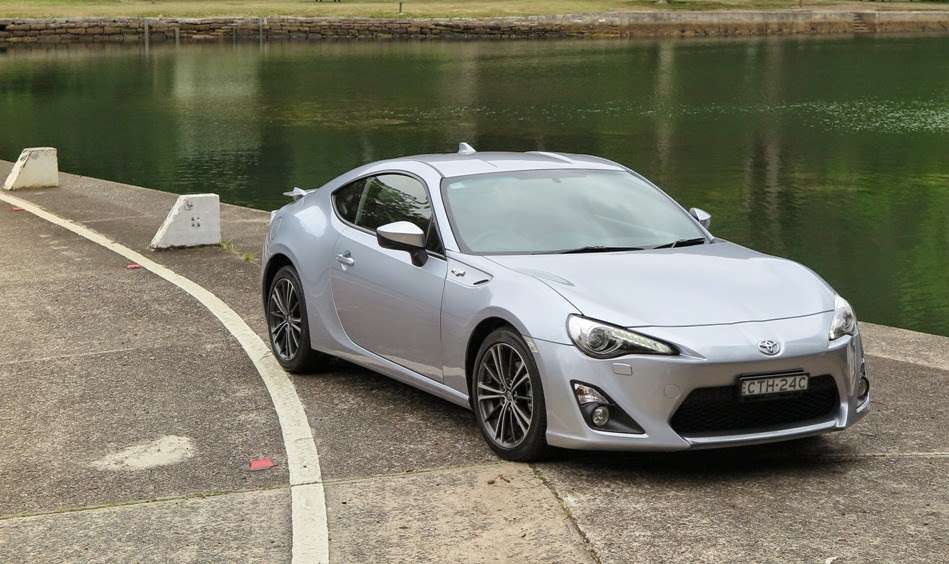 The Toyota Eight Six is THAT kind of car. Only a 'Badge Snob' would avoid it. What a waste that would be! 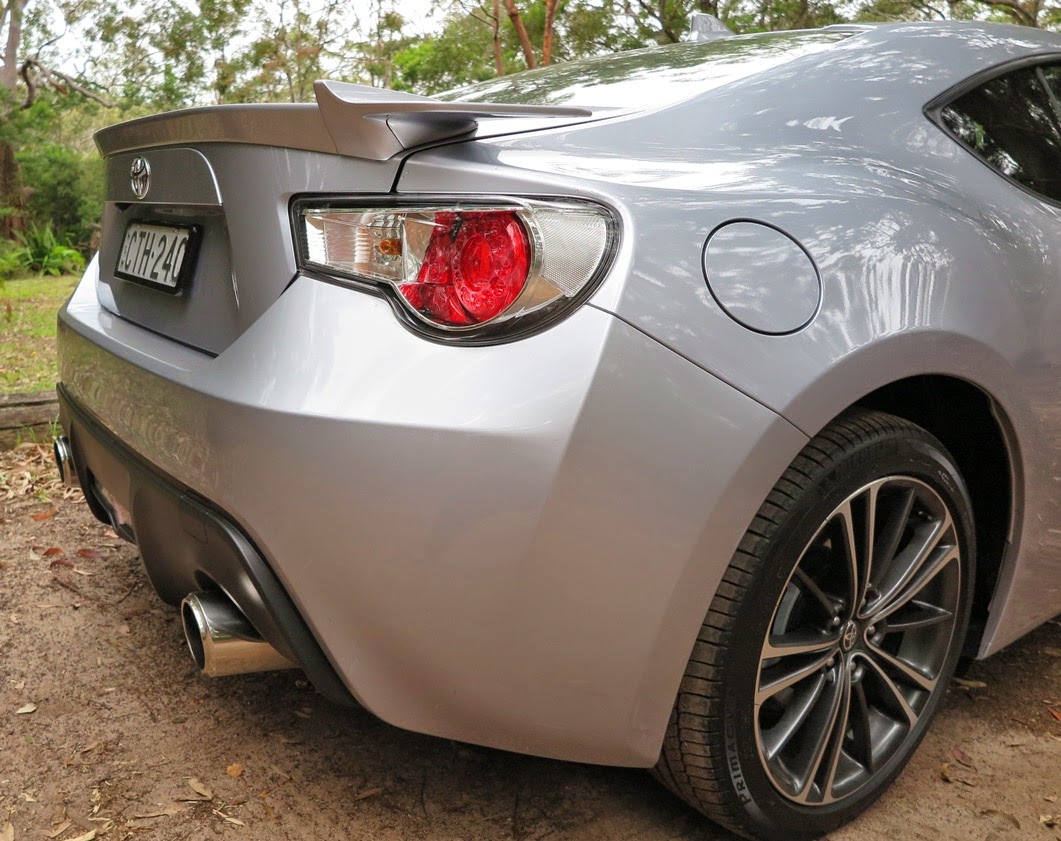 This is an honest, and genuine sports car.

The final production model completely reflects the aspirations of its creator, Toyota Senior Engineer Tetsuya Tada. As project leader Tada-san had total clarity of vision on both the priorities for the concept, and the end result.

We all marvelled when the first Mazda MX5 was launched, gushing about it being a pure sports car, with honest objectives and being great fun to drive. We all complimented Mazda on its willingness to go back and replicate the pure English sports car concept.

Well, I’m here to tell you that all the rave reviews you’ve read about the Toyota Eight Six are evidence that Tada-san achieved all his objectives and has produced a true sports car that seduces you into driving it like a Formula One car. When the Boxer engine spins up, you want to push it to the redline at 7600 rpm, not just for the performance it delivers, but also the really neat exhaust note.


I’ll spend a moment on the history of the 86’s development, because it’s a great tribute to Tada-san’s determination, Toyota’s confidence in the project, and a historic victory of willpower over doubt. It also underscores just why the car is ‘fit for purpose’.


When the project got a green light from Akio Toyoda, Tada-san started with the original clean sheet of paper on which he inscribed his objectives and priorities. The car must be light, powerful, handle exceptionally well, and deliver an exhilarating drive experience. 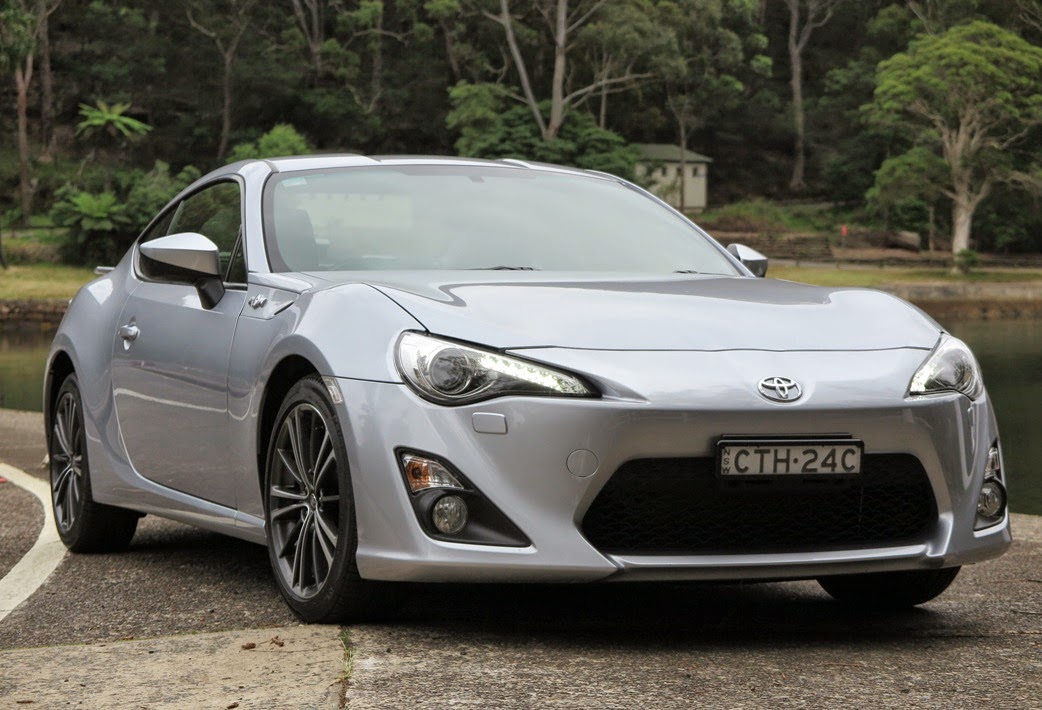 This meant it needed a low centre of gravity, lightweight components and an optimum power-to-weight ratio. As Toyota Motor holds a 17% share in Fuji Heavy Industries (Subaru), Tada-san approached Subaru and asked it to produce a specific version of the Boxer engine and drivetrain. Subaru considered the request and rejected it, saying that Tada-san’s demands could not be met. 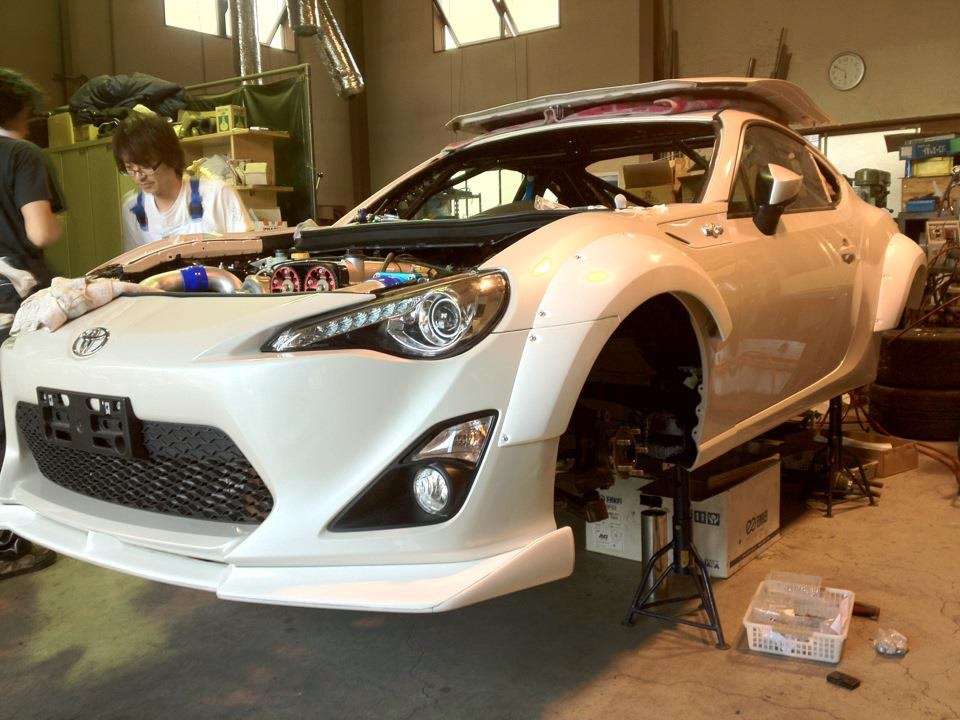 To cut a long story short, Tada-san created a one-off prototype of the coupe, took a Subaru (removed the engine/drivetrain), broke down the components he needed and had his team ‘create’ a Boxer engine with the specifications and features the design demanded. 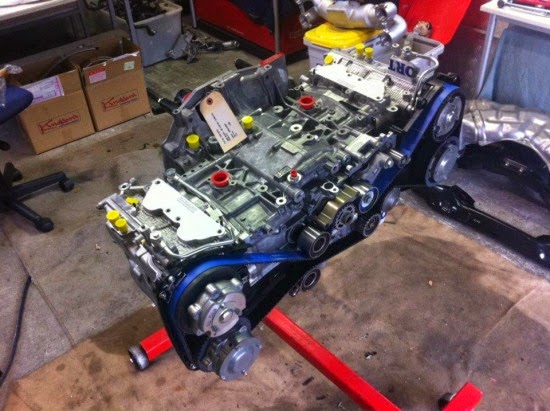 As Subaru builds all-wheel-drive cars, its gearbox was not suitable, so he asked Aisin-Warner (a division of Toyota) to provide its six-speed manual transmission, optimised for ‘paddle’ shifters.

He showed the car to Subaru and said: “There, that’s what I wanted.” Subaru reconsidered the project and agreed (I gather, reluctantly), that it could be done and the Eight-Six was born. 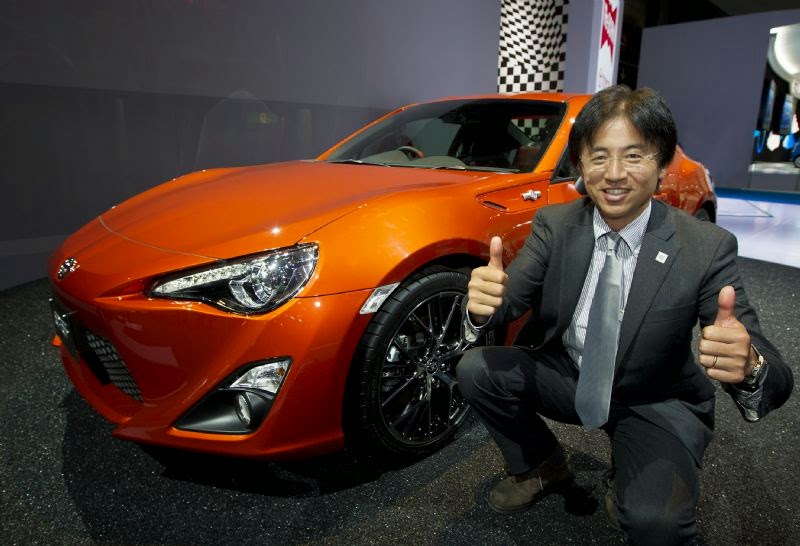 The car is built in Subaru’s Gunma facility in Japan, and the companies basically sell as many cars as they can build. It’s been a great success and a crowning achievement for Tada-san.


Toyota takes the bulk of production, and Subaru sells the remainder, badged as the Subaru BRZ. 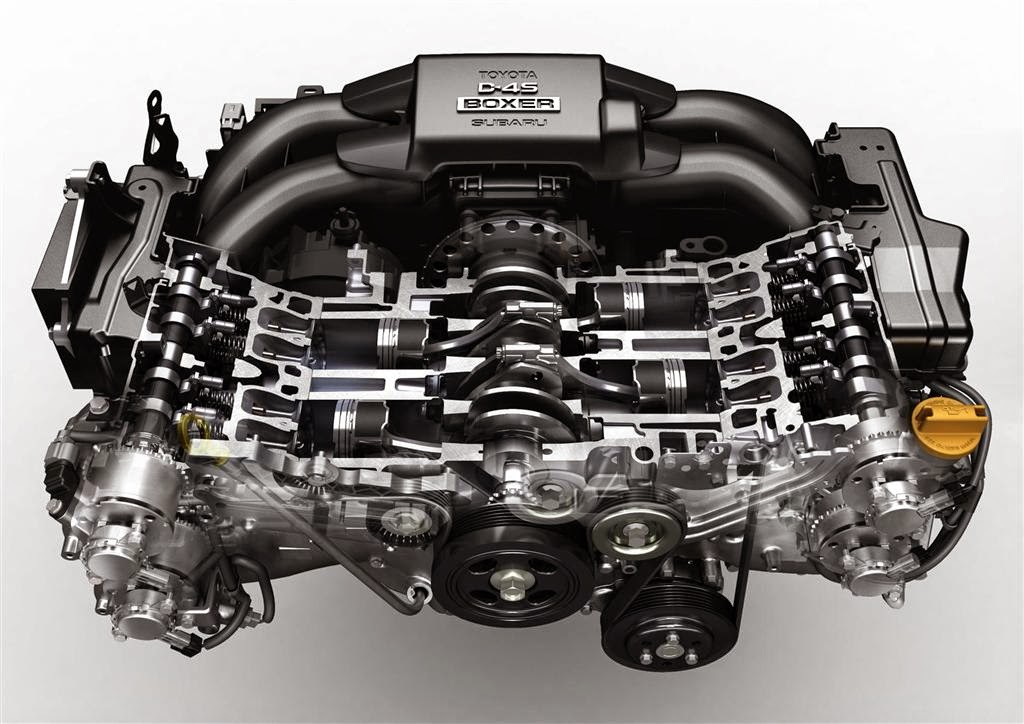 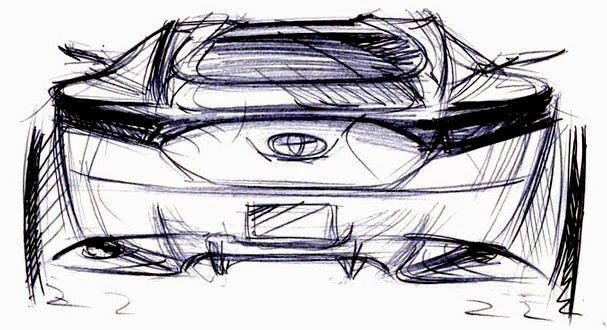 Essentially the car, although touted as a joint project, was designed, styled and engineered by Toyota, fitted with a Subaru engine, and featuring chassis and suspension components by Toyota, and the car is finally engineered and fettled by TMC. As far as I’m concerned, it’s a marriage made in Shinto heaven. 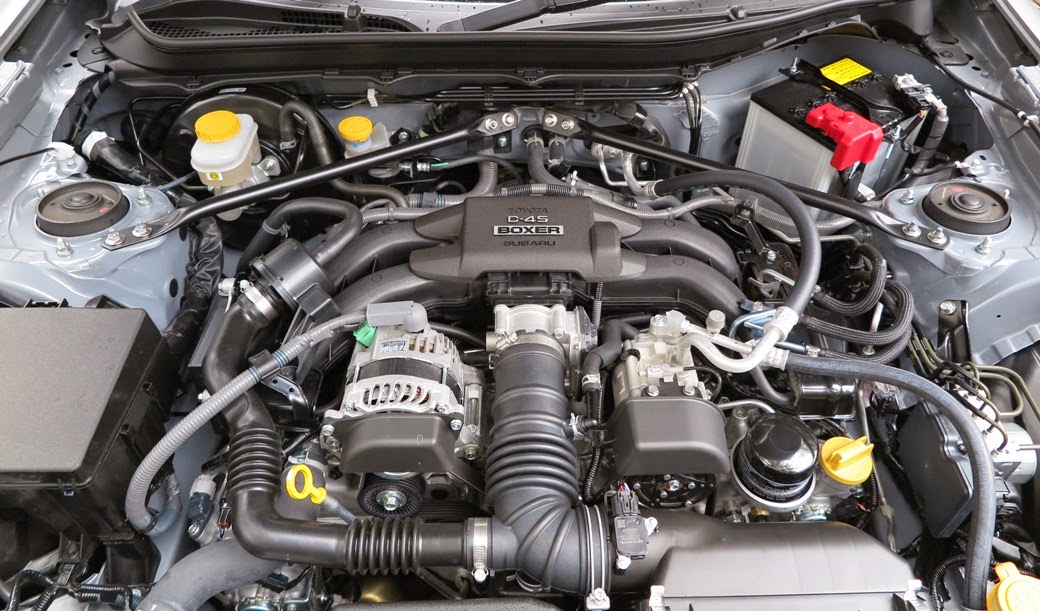 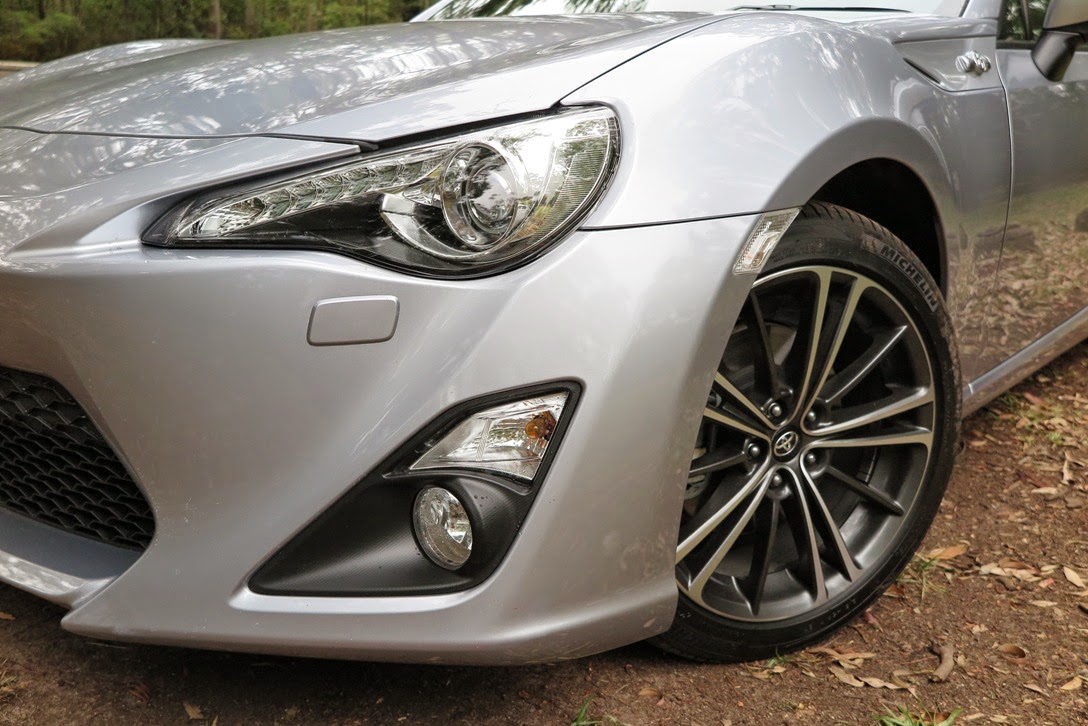 Oh, and the final surprise and delight? The price. In Australian dollars the Toyota Eight-Six has carried a pricetag of $29,990 from Day One of sales up to the present time. If you want a ‘real’ sports coupe, with performance to match its looks – there’s just no excuse not to part with your dosh!


Settling in, the first actions, set up the Bluetooth connection to my iPhone, so I have hands-free telephone capabilities, and music on-demand; then initialize the SatNav; adjust the steering wheel and seat position, and that’s it. You’re ready to have fun.


The gearbox action is smooth and positive, and the overall quality of the cabin is typically first-grade Toyota finish. The carbon-fibre trim on the dashboard may be faux, but it looks appropriate, and enhances the racecar image. 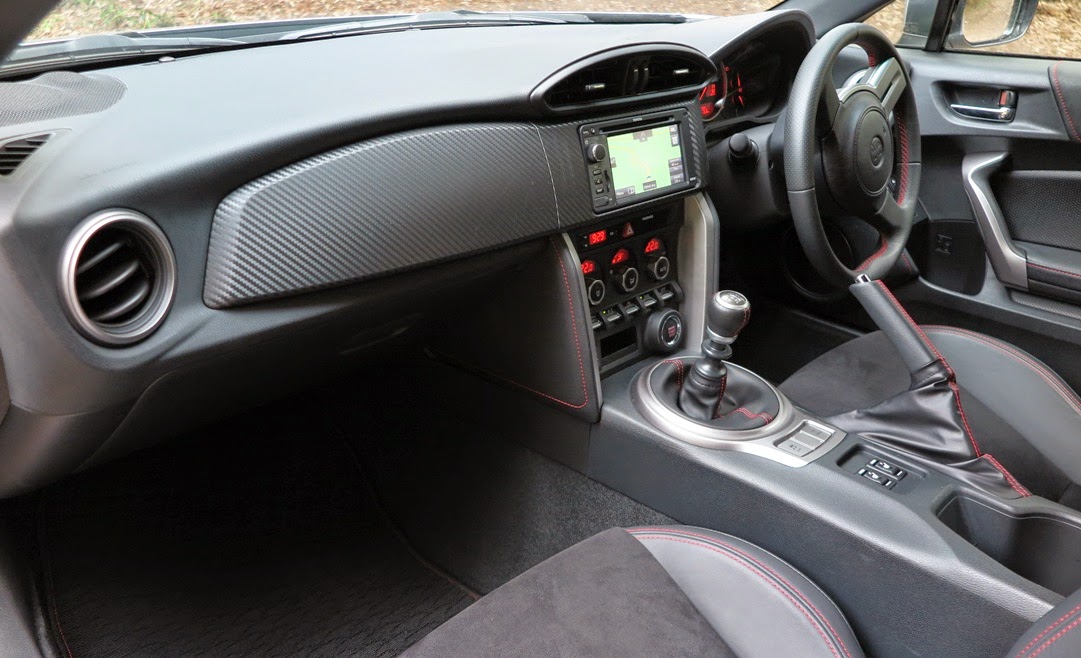 Yes, it’s got electric windows, full entertainment package (with great sound thanks to Fujitsu Ten), air conditioning and safety systems, but even including all that equipment the car did achieve all Tada-san’s goals. The Boxer engine sits low, and rearward in the engine bay, the naturally-aspirated engine is tuned for high power output and the brakes are more than adequate. 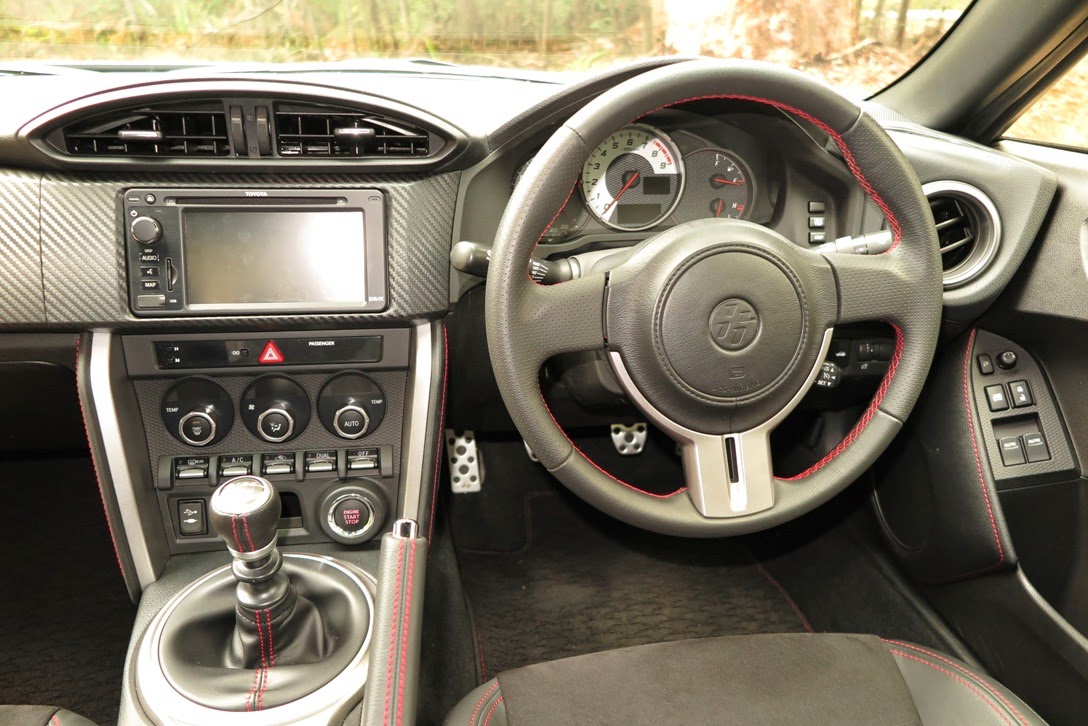 The project parameters dictate that to achieve more power/performance there will be no ‘big’ engine, Subaru will just continue to refine the existing engine, because a bigger engine would require bigger brakes, which makes the car heavier. You get the picture. Every decision on features and fittings in this car are guided by the target weight considerations. That’s why when you’re on the road, the Eight-Six feels like ‘The Complete Package’. 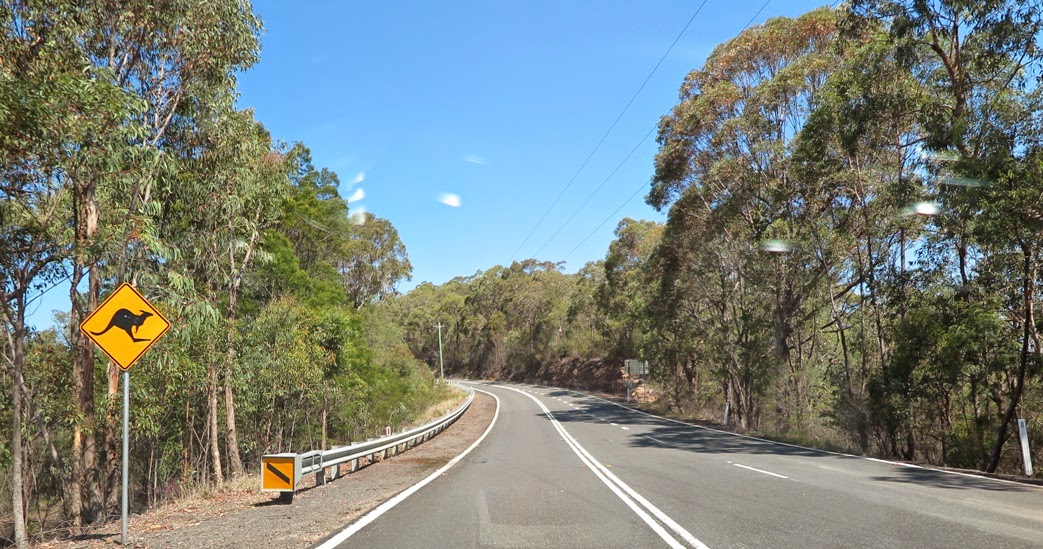 Driving one of my favourite test roads south of Sydney, I soon fell into a great rhythm on the curves and undulations. As I got braver the car delivered limpet-like roadholding, beautiful turn-in and, after only two arguments with the limited slip diff, the smile on my dial just got wider and wider.


Truly, this is a great sports car experience. The engine spins willingly, the gear ratios are perfect and the electric steering is beautifully accurate, giving terrific feedback without being ‘nervous’ and twitchy. But, it belongs on the 'open road'. 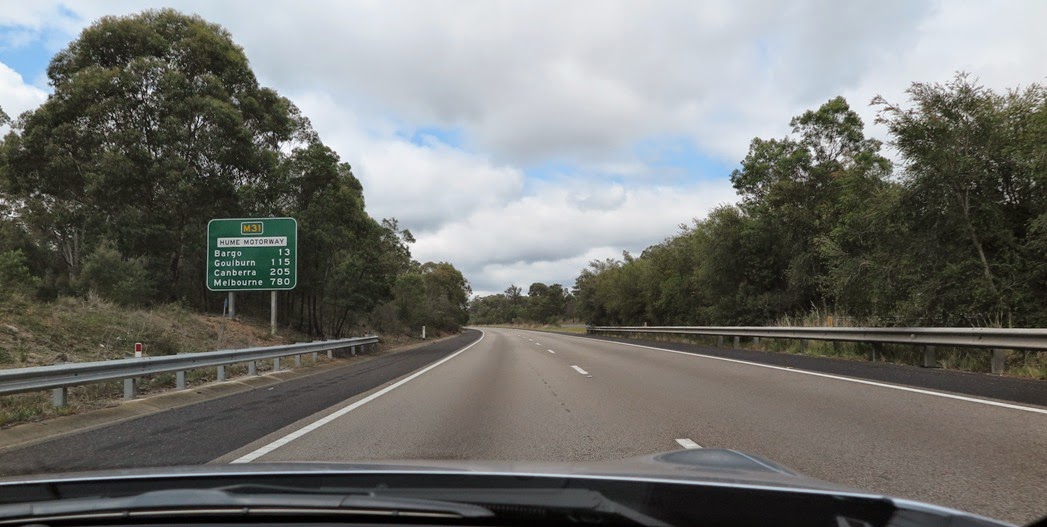 As a road test story, there’s nothing more to say. To pick faults with this car would be churlish. It turned out exactly as conceived and delivers on every level. Yes, it’s nominally a 2+2, but the back seats are only for little kids or parcels, however the compensation is a very useable trunk. 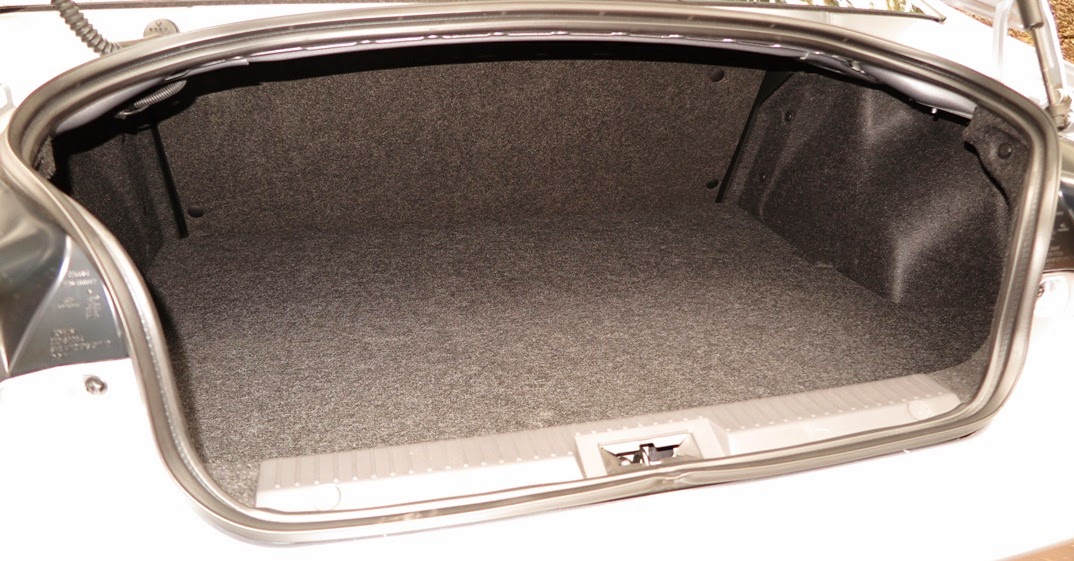 It won’t matter if you choose an Eight-Six or a BRZ, only the badges and grilles change according to the marque. You may only own it for a few years, before moving on, but it will be a memorable experience, you won’t have wasted your money on a folly, and you’ll have enjoyed every driving moment out on the open road.


A ‘real’ sports car from Toyota? You better believe it! 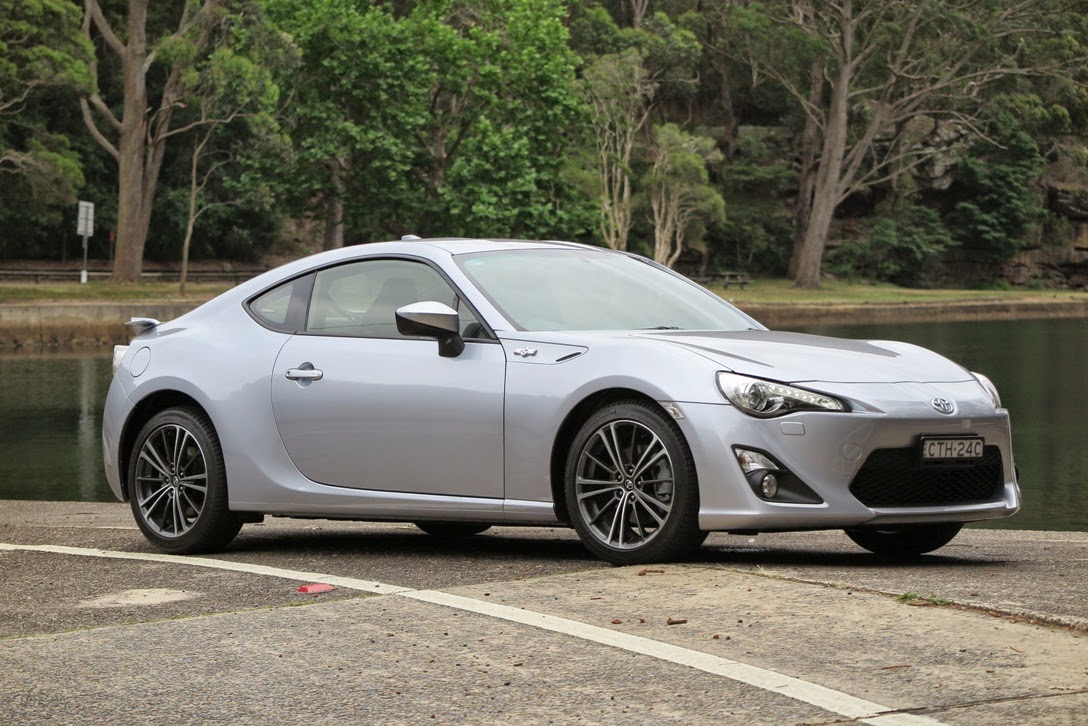 Posted by John Crawford at 1:15 PM