FUEL CELLS IN YOUR FUTURE

The Fuel Cell Vehicle bandwagon is finally gathering momentum. Like a snowball coming down a hill, it has picked up bulk and speed in the last few months.

DRIVING & LIFE has written extensively about Fuel Cell-powered vehicles being the big hope for low emission cars for the future; and after all the research and Fuel Cell development projects we have witnessed it’s our opinion that Fuel Cell Vehicles (FCEVs) could become a major part of a ‘portfolio of powertrains’ – internal combustion/hybrid/Fuel Cell/Battery Electric Vehicles (BEVS) – powering cars of the future.

The only obstacles to rapid uptake of FCEVs are two things; (1) The initial coast of the vehicle, and (2) Hydrogen Gas Refueling infrastructure. Both of these dragons are about to be decisively slain.


These companies all have cars on the road, and both Hyundai and Toyota have announced availability of their FCEVs for consumers in 2015.

Honda will launch its ‘Clarity’ FCEV in 2016, and Mercedes-Benz says its cars will be ready by 2017.

Now, what about refueling stations? 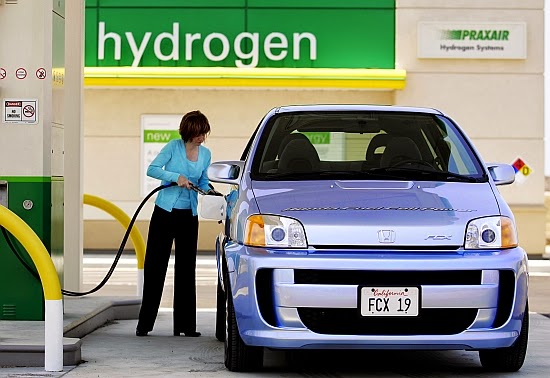 Germany proposes to have 1000 hydrogen refueling stations throughout the country within the next five years.

The State of California is leading the way in the USA with a plan to build more than 100 refueling stations across the state in the next few years.

Once commercial vehicle production begins, and consumer acceptance grows, then the price of the cars will reduce rapidly.

Then the only other hurdle to overcome is the production of hydrogen gas by renewable technology. Hyundai suggests two low-emission pathways – biogas, made from methane captured from sewerage plants; and electrolysis from solar electricity.

Hyundai Australia is banking on solar power to provide the electricity required to make hydrogen, and has even proposed a ‘Hume by Hydrogen’ concept, where hydrogen refueling stations would be constructed along the Hume Highway to allow FCEVs to travel easily from Melbourne to Sydney – leaving just ‘water vapor’ in their wake.

Mercedes-Benz engineers say it’s also possible to create hydrogen using algae. This could mean that fuel to make hydrogen could be taken from, or even grown in, rivers and lakes where there's potential to create normal algae growth.

So, the only remaining challenge is to make the electricity to create hydrogen gas by a ‘totally green’ method, such as renewable energy (solar/wind/wave) or from plant algae, or methane from sewerage. For instance, providing the electricity from a grid of coal-fired power stations is a no-no – as there is no benefit to the environment.

The age of commercialized FCEVs is coming closer, quickly.

To prove its point about the practicality and drivability of FCEVs, Mercedes-Benz drove a fleet of three ‘B’ Class FCEVs around the world in 2011. 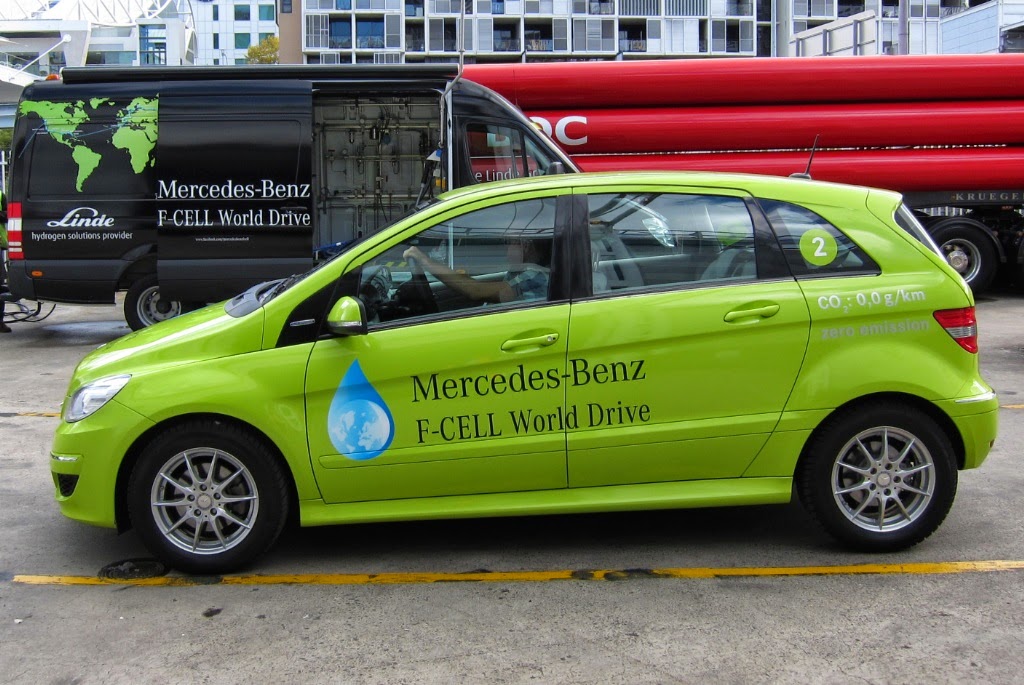 The cars were accompanied by support vehicles which were able to provide hydrogen gas for refueling in places where there were simply no supplies. 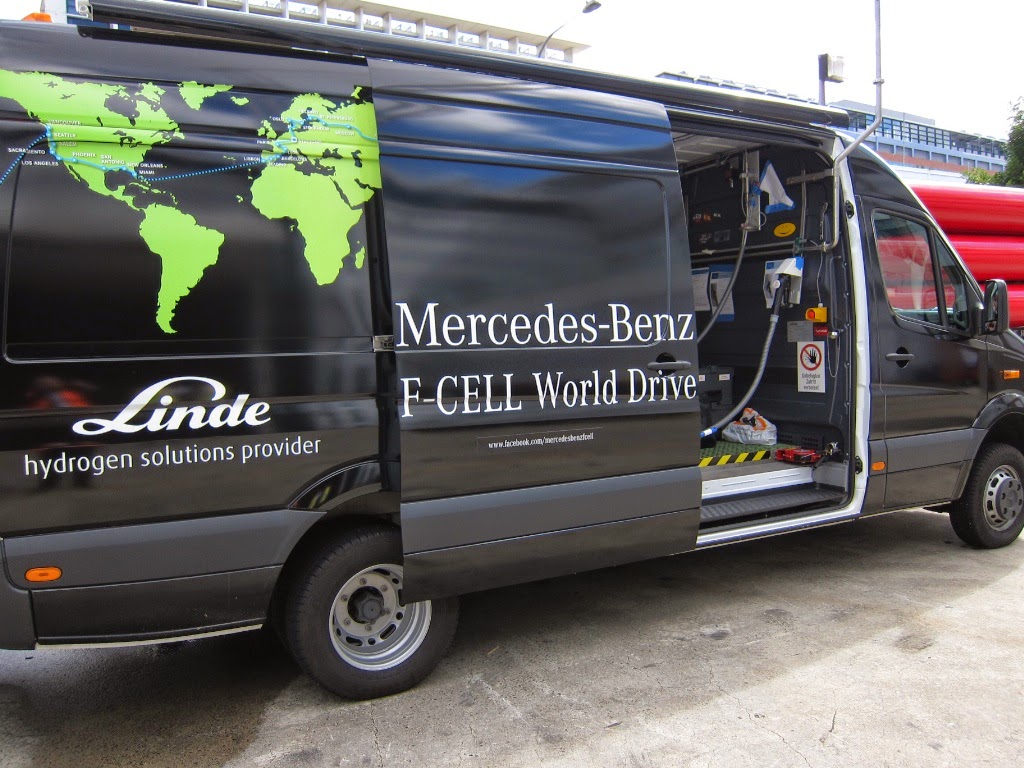 However, the program was completed on time, and was able to prove to the world’s politicians and environmental groups that FCEVs were feasible and could be cost-effective.

It’s sad to note that the only country which did not send any politicians or public servants to view the Mercedes-Benz project and experience the cars, was Australia. Shame!

He has said that Fuel Cell technology is not only achievable, feasible and easy to put into production, but that once an infrastructure building program for refueling stations is undertaken, then the last obstacle to wider acceptance has been overcome. 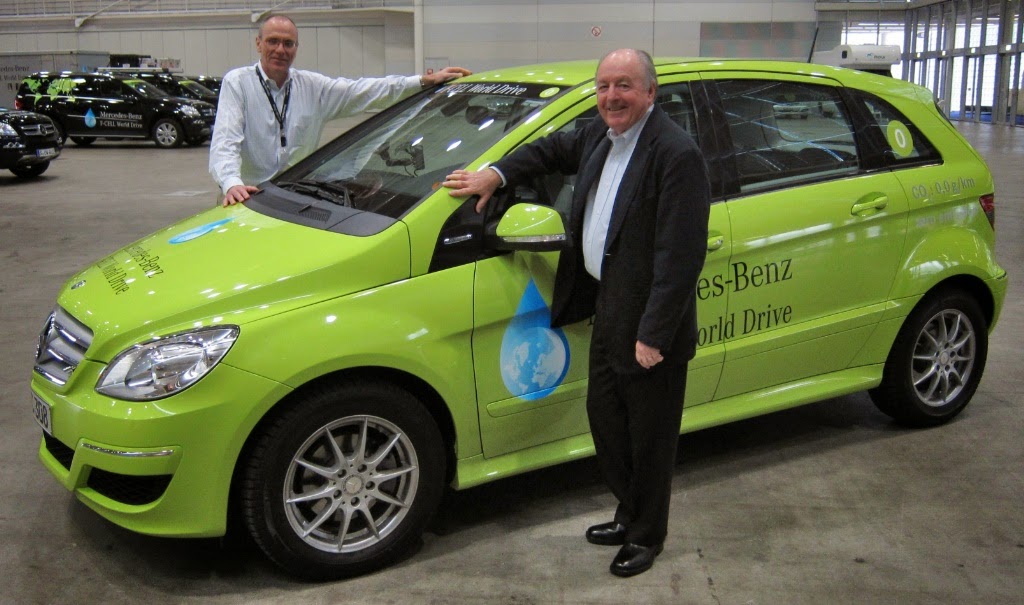 When the Mercedes-Benz ‘World Drive’ reached Sydney I took a test drive with Dr. Truckenbrodt, and this revealed the cars had excellent performance to keep pace with Sydney's traffic.

Although the technology relating to fuel cells is by no means new science, adapting it to ‘drive’ vehicles is only recent. Mercedes-Benz has been working on Fuel Cell technology since 1994, when it produced the first FCEV. Later came buses powered by the technology, including a fleet of Fuel Cell buses operating in Perth, Western Australia since 2004.
FCEV is a concept that can keep owners, drivers, politicians, environmentalists, scientists and the man-in-the-street happy on all counts.
Also, the FCEV concept is likely to be far more easily accepted by consumers outside of cities, or people who drive long distances.

As we know pure BEVs suffer from short driving range, and long re-charging times (up to 8-10 hours) – whereas a FCEV has a range of up to 600km, and can be refueled in similar time to a current petrol/diesel car. 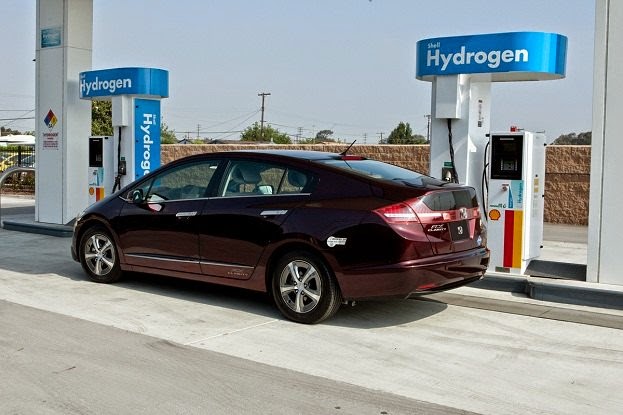 With a FCEV personal mobility is maintained, emissions consist of only water vapor, and the production of hydrogen gas from renewable energy lowers the carbon footprint related to using hydrogen gas.

It truly is a win-win all round. The only thing to do is put pressure on politicians around the world to embrace the technology. Especially in Australia!

Posted by John Crawford at 3:49 PM