I think it’s true to say that Carrozzeria Touring Superleggera of Milano is the last remaining bespoke body builder in Italy of any great note.

The company, originally started in 1926, was reformed many years ago and now makes low runs of exquisite bespoke cars for private clients. This year at the Geneva Salon, Touring unveiled another modern masterpiece, the Berlinetta Lusso. 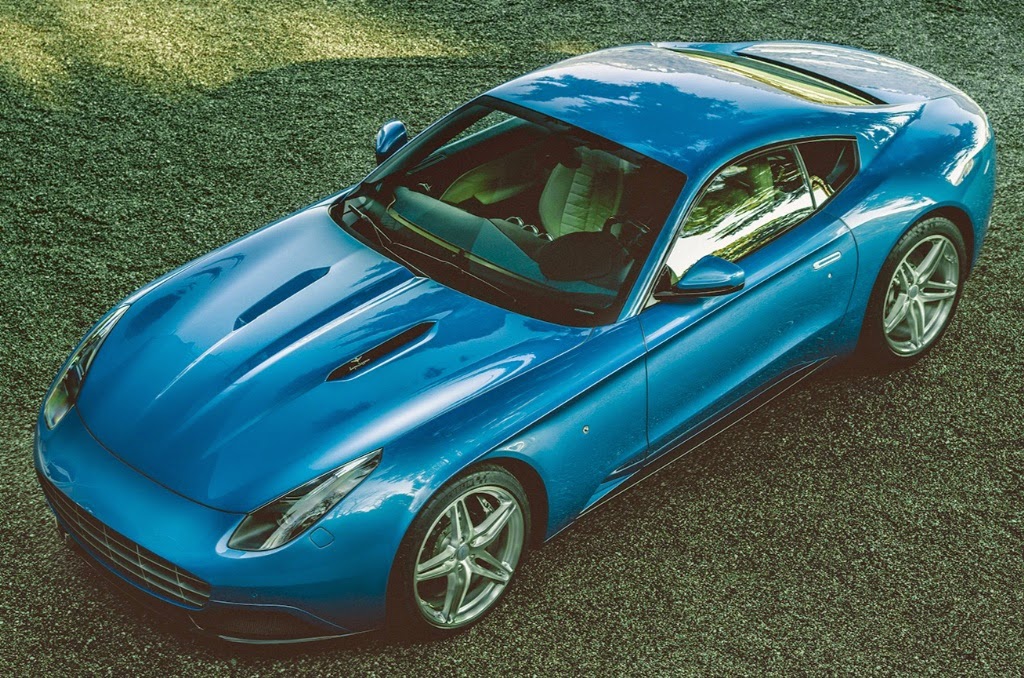 My dear friend Sr. Emanuele Bedetti, spokesman for Touring Superleggera, has sent me a complete portfolio of the Berlinetta Lusso, which is a unique design fabricated over a donor car, the Ferrari F12. 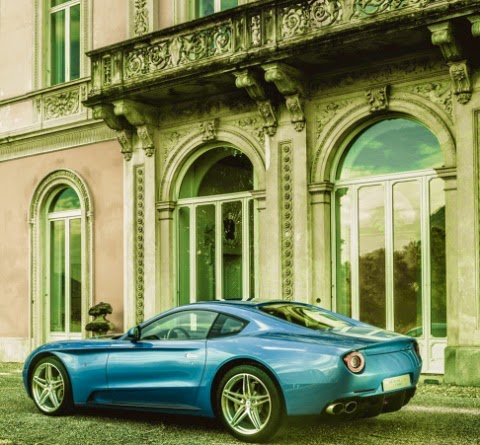 The owner of the F12, a longtime Ferrari collector, approached Touring and its Design Director, Louis de Fabribeckers to conjure a breathtaking example of the coachbuilders’ art, and the concept shown in Geneva is one of just five examples which Touring will build for private order. 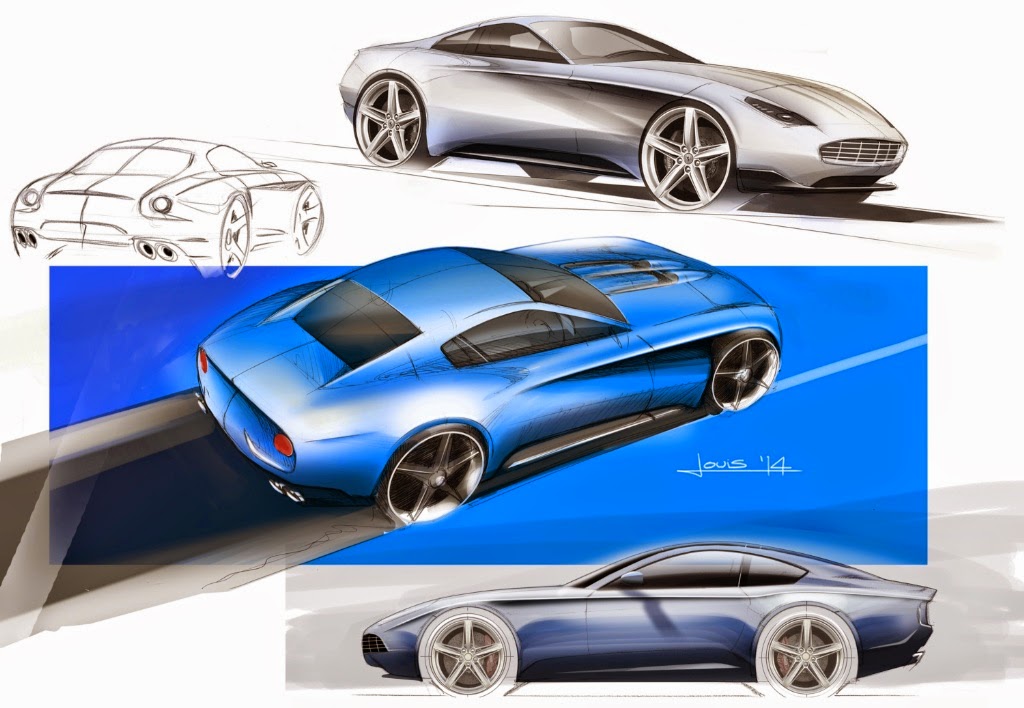 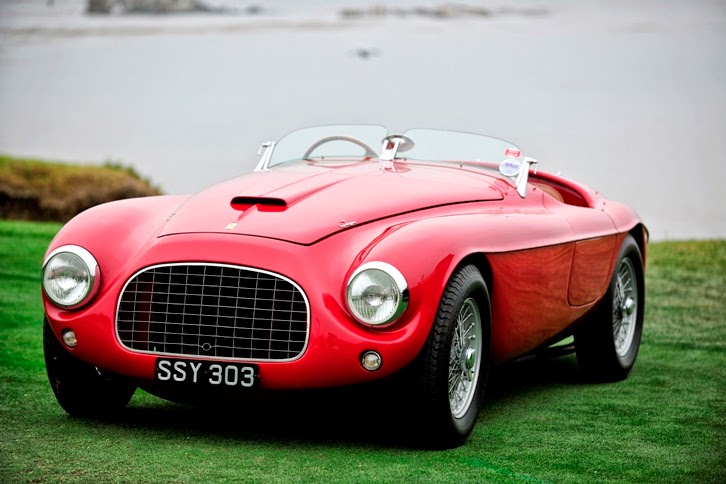 The design takes its inspiration from the Ferrari 166 Barchetta, the first series production Ferrari, built for Ferrari SpA by Touring of Milan in 1946.

All panels are handformed in jigs and assembled by specialist craftsmen. 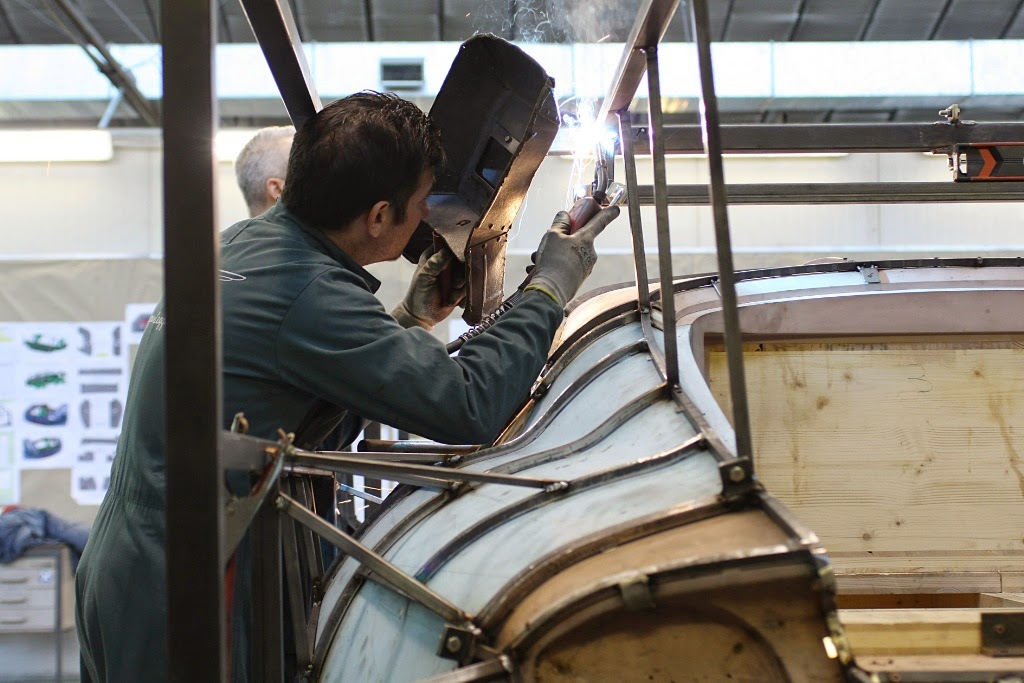 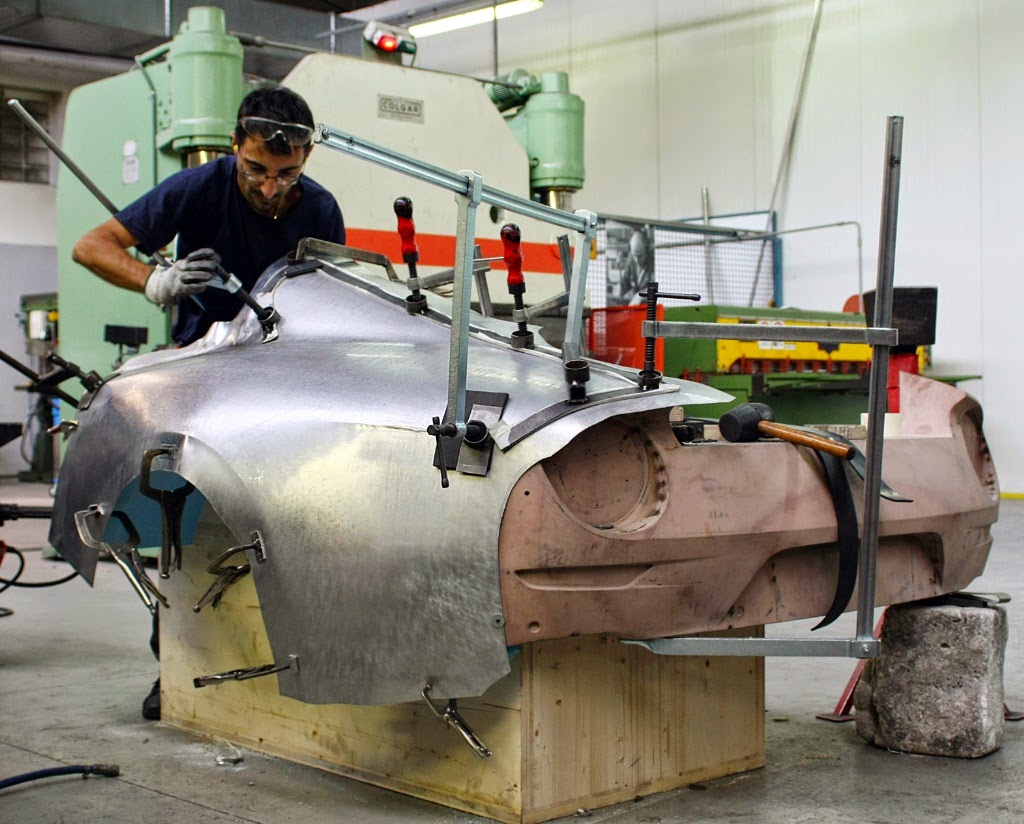 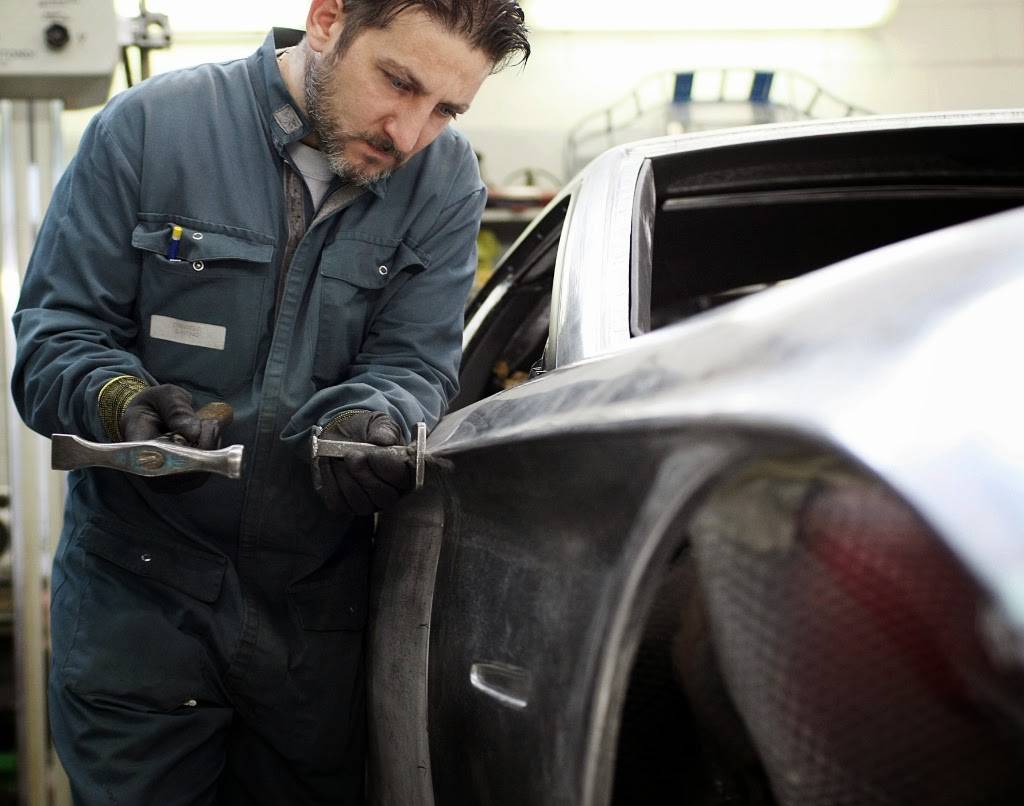 The attention to detail in something as simple as a badge milled from a sheet of aluminium is a tribute to the excellent workmanship at Touring. 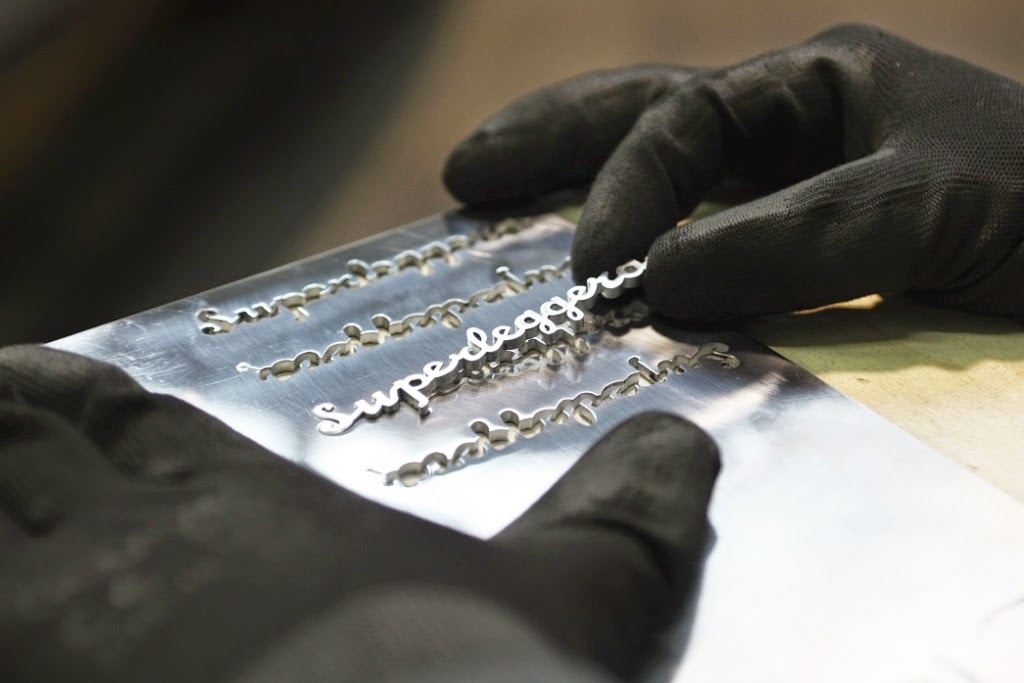 The itemized build method is too complex and detailed to reproduce here, but suffice to say that the car is completely handbuilt using carbon fibre and aluminium panels, constructed to the highest levels of comfort and finish, and the most rigorous safety standards and legislated design rules. 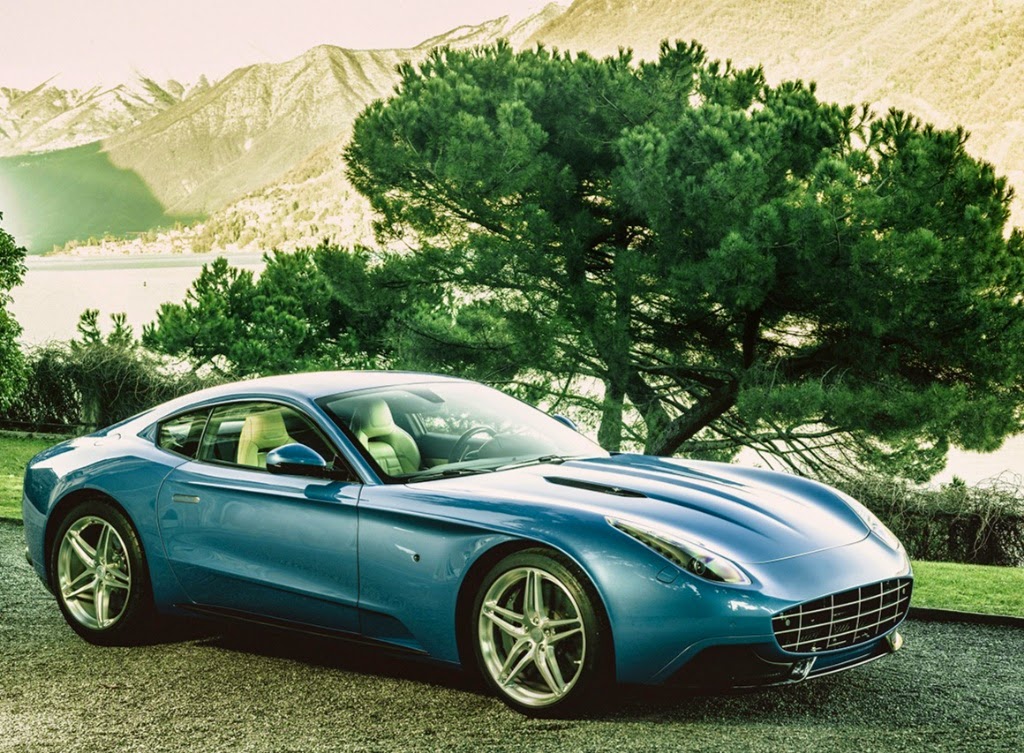 The result is truly a triumph of automotive art and creativity, and yet another in the long line of instant classics built by the artisans at Touring Superleggera.
Posted by John Crawford at 8:53 AM