MAZDA - A MINNOW MIXES (EASILY) IN THE BIG LEAGUE!

Mazda in Australia recently recorded its third consecutive month of record sales, and although still number two in sales behind Toyota (the Japanese giant’s sales plateaued in May 2015), the Mazda minnow enjoyed a 6% rise in sales for the year to date.

The sales boom has been led by its highly successful SUV twins the CX5 and CX3, 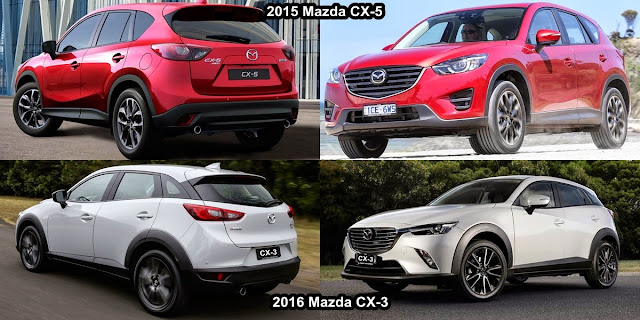 with the Mazda 3 and Mazda 6 providing strong backup. 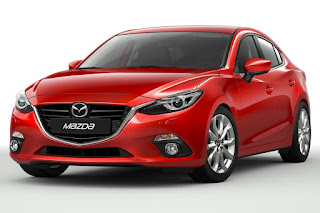 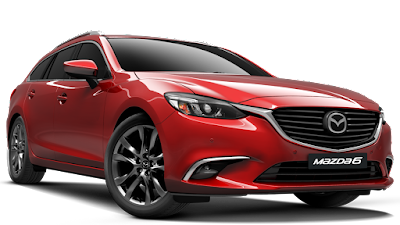 There are two important reasons for the strong showing – vehicle design, and segment domination. Should this be a surprise? Not particularly, that’s what all car companies are seeking to do – marry their design philosophy to prescient choice of segments to attack.

What makes the Mazda results heart-warming for this tiny car maker is that it builds on a surprising and impressive record of innovative technical design and development, incredible motor sport success, and engineers whose efforts have been the single, most important factor in the brand’s overall success.

The company began in 1920 as a business selling, of all things, cork. 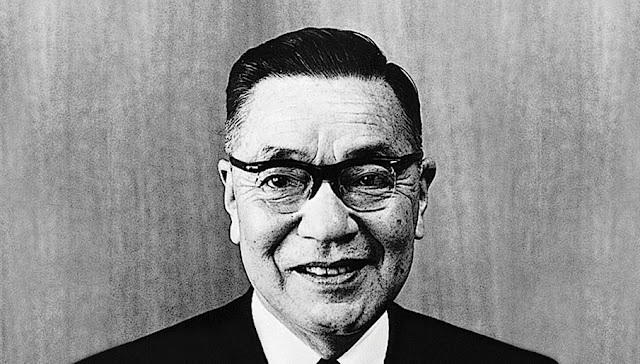 Founder Jujiro Matsuda was a restless and inspired innovator who soon took the company into auto manufacturing in 1931 with the Go-Rickshaw, a 3-wheeled utility. 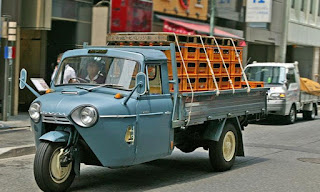 The company was also renamed in that year to Toyo Kogyo, and in 1960 the first car, the R360, appeared. 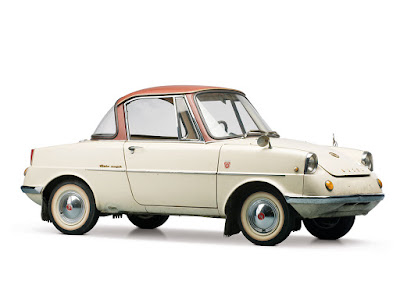 It was a tiny two-door, four-seat coupe with a 380cc V-twin air-cooled engine producing 16 hp, giving it a top speed of about 85 km/h.

The suspension featured innovative rubber ‘springs’ and torsion bars, and within a year it completely dominated the lightweight car segment (the Kei class) in Japan.

The innovations continued. In the same year the R360 was outselling everything else in Japan’s ‘Kei’ class, Toyo Kogyo embraced the Wankel rotary engine, used at the time by NSU in the Ro80. 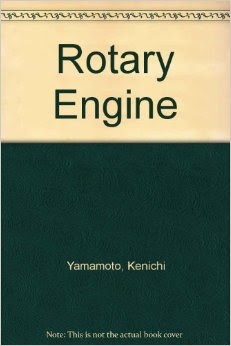 A number of companies dabbled with the technology, but Mazda remains the only carmaker to continue with the rotary engine in mass production.

The first rotary-engined car was the Cosmo Sport coupe in 1967, and in 1968 Mazda made its motor sport debut, entering two Cosmo Sport coupes in the 84 hour ‘Marathon de la Route’ at Nurburgring, with one car finishing fourth.
This was the start of an incredibly successful motor sport history completely belying the size of the company.

As a freelance automotive journalist I first made contact with Mazda cars in 1968, when I was given a Mazda 1500 to road test for MODERN MOTOR magazine.

The 1500cc SOHC engine was a gem. Stylish and well-built, the car was designed by a young Giorgetto Giugiaro, then at the Bertone studios, and it became a huge hit around the world. It looked like no other Japanese sedan at the time, and its styling was certainly a major reason for its success.

When the Mazda RX-3 appeared in 1971 it became clear to Australia’s automotive media that Mazda was a company driven by its engineers, much like Honda. This engineering-led design philosophy marked out the small Hiroshima-based carmaker as one with aspirations much bigger than its status among all the other Japanese car companies.

The use of the Wankel Rotary engine continued to demonstrate its willingness to innovate, and persevere, but the oil crisis from 1973-1975 pretty much turned down interest in the Rotary because of its poor fuel economy.

Mazda even created a 'big' car for Japan in 1975, by doing a deal with GM-Holden to produce a Kingswood sedan fitted with a Wankel engine, called the Mazda Roadpacer. 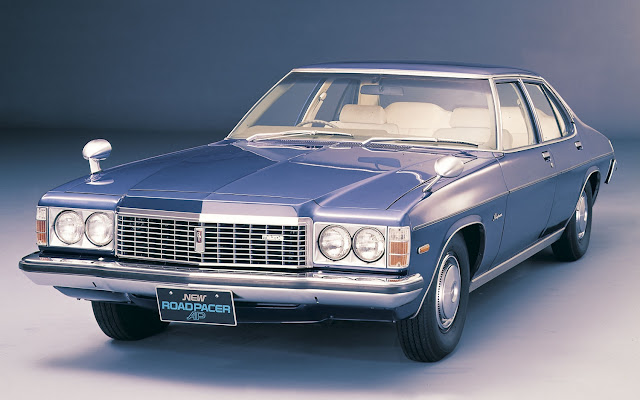 Also, in 1975 I was one of only two Australian automotive journalists invited to Melbourne to meet Mazda’s Chief Engineer, Kenichi Yamamoto, when he arrived to participate in the launch of the Mazda Capella (616).

A charming, urbane and highly educated man, Yamamoto was keen to talk about Mazda’s innovative design and technology principles, and confirmed that despite the company flirting with bankruptcy a couple of times, it would continue to break new boundaries and its young engineers were strongly encouraged to think outside the square.

It was this inspiration which continues today in the advanced ‘SkyActiv' technologies, which have proven so impressive, that Mazda was approached by Toyota in 2011, to create a joint venture swapping SkyActiv and Hybrid technologies between the companies.

For me though, as a motor sport enthusiast I remain very impressed with Mazda’s motor racing history. Today, thanks to the popularity of the Miata (MX5) in the USA, Mazda is the biggest participating brand in motor sport among all of the world’s carmakers. 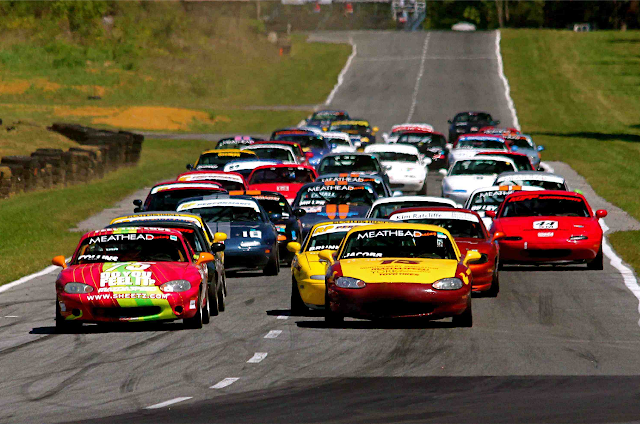 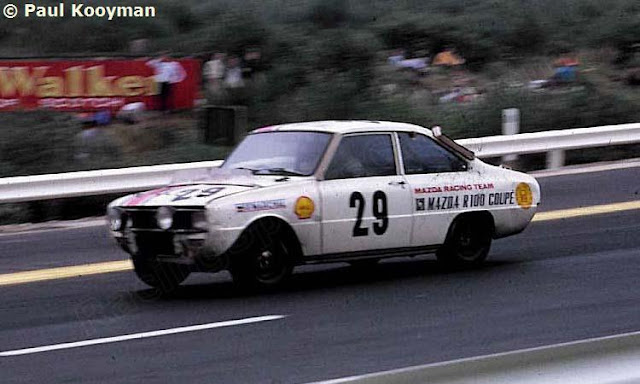 Two of its tiny R100 coupes finished 5th and 6th, behind Porsche 911s! Mazda continued to focus on the Wankel Rotary as its chosen competition engine and eventually developed 2-rotor, 3-rotor and 4-rotor formats.

The RX7 won the IMSA GTU class every year from 1980-1987, and in 1990 an RX-7 won its class in the 24 Hours of Daytona, whilst in Australia Allan Moffat carried Mazda to victory many times. 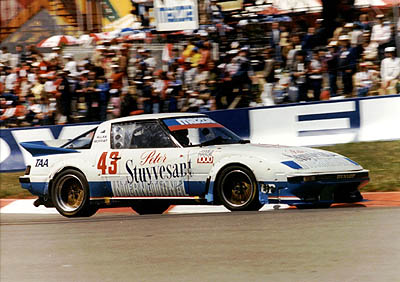 However, its biggest success came in 1991 when a 4-rotor Mazda 787B won the 24 Hours of Le Mans outright. It is the only non-piston-engined car, and the only Japanese marque, to win at the pinnacle of sports car racing! 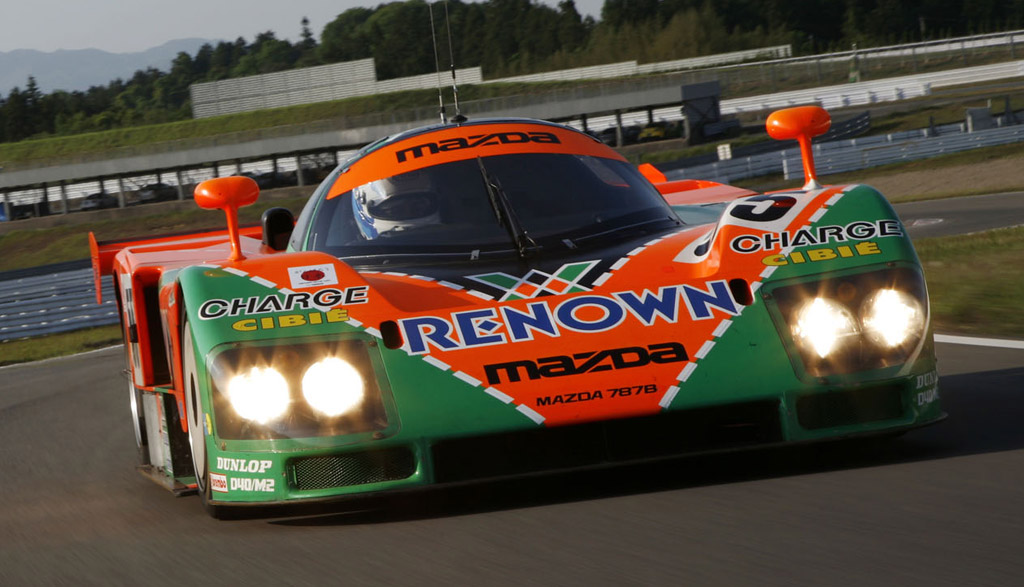 The Le Mans organizer, the ACO, promptly banned rotary engines for the 1992 race!

However, to support my belief that Mazda is Japan’s most innovative carmaker, we should look at another unusual development, in a completely non-technical area – called Kansei Engineering.

At the time Mazda racing cars were enjoying their greatest success, Mazda turned to Emeritus Professor Mitsuo Nagamachi at Hiroshima University in 1990 to study and adapt his theory of Kansei Kougaku, which sought to link the physical attributes of a design to the psychological needs of the consumer. 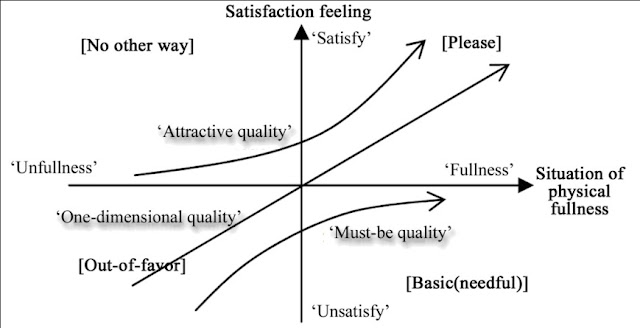 American automotive engineers at the time dismissed the concept as ‘pure mumbo jumbo’, but it did establish a basis for study in Europe, where it became known as ‘Affective Engineering’.

In a nutshell, nowadays, people want to use products that are functional at the physical level, usable at the psychological level and attractive at the subjective, emotional level.

‘Affective (Kansei) Engineering’ is the study of the interactions between the customer and the product at that third level. It focuses on the relationships between the physical traits of a product and its affective influence on the user. Thanks to this field of research, it is possible to gain knowledge on how to design more attractive products and make customers satisfied.
(SOURCE: Wikipedia)

To me this is yet another area where Mazda has moved beyond pure car design, and combined with its ‘SkyActiv’ approach to technology, is just another reason behind Mazda’s success in the market place.

Like all cyclical patterns Mazda has had its ups and downs as a carmaker, but the inspiration of its founder, and its subsequent development of engineering skills, plus a willingness to innovate across a range of disciplines, tells me that this company really IS ‘different’.

When discussing ‘brand values’ Mazda is strong evidence that the spirit of innovation must be more than skin-deep.

FORD & MAZDA
I have not focused on the Ford-Mazda relationship, which lasted from 1979 until 2010. Although important in terms Mazda’s financial survival, it did not add much to Mazda’s engineering approach. You must keep in mind that Ford is a very conservative company, whilst Mazda is a true innovator.

Ford’s investment in Mazda certainly helped the Japanese company weather extreme financial difficulties, but in product terms Ford gained more from Mazda than vice versa. Ford took the 121 as the Ford Fiesta, the 626 as the Telstar and Probe, and the Mazda 6 became the Ford Fusion. The Mazda B-range trucks were the basis of the Ford Courier and both companies shared the compact SUV Ford Escape/Mazda Tribute.

In return Ford’s management and financial expertise saved Mazda millions in development costs, and turned around its distribution, dealer and planning processes. Ultimately Ford sold down its interest to just over two percent.

Posted by John Crawford at 5:27 PM