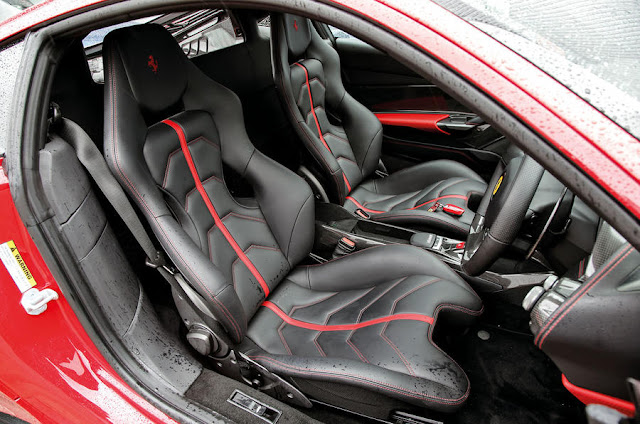 Despite cradling my head securely into the Cavallino-embossed headrest I was still  surprised the way my body was pushed into the seatback as the 488 took off with an insane burst of acceleration. 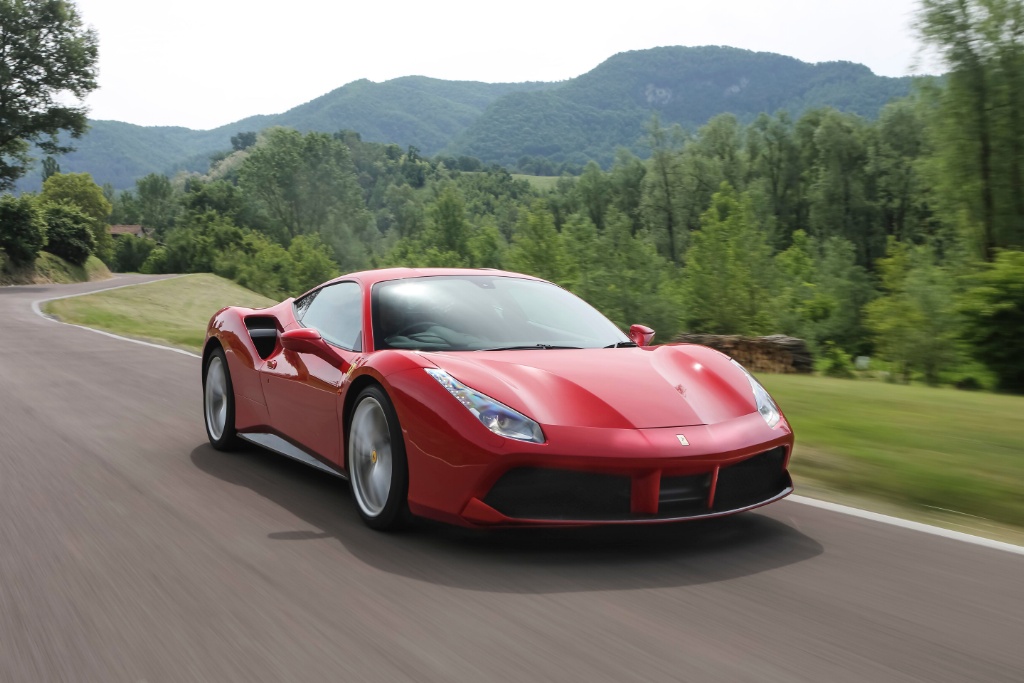 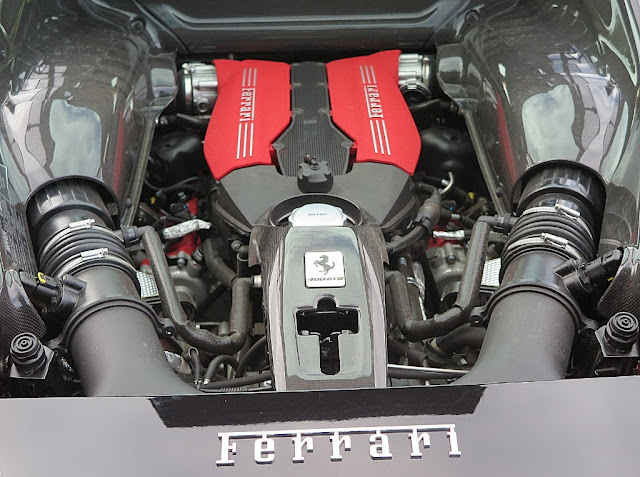 The 3.9 litre V8, with twin scroll turbochargers pushes out 661hp (493kW) with insouciant ease; and the snap, crackle and pop from the exhausts just endorses the fact you are going very fast, very quickly. 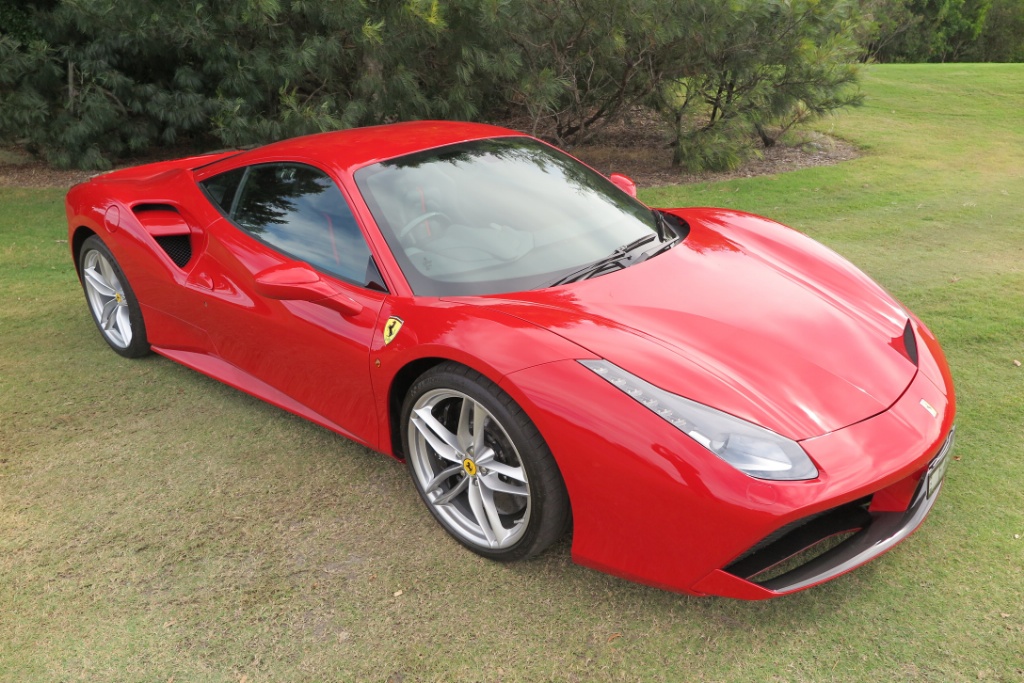 There is no question that Ferrari stands for pure performance, and uncompromised standards of fit, finish and Italian flair, but the 488 is also a beautiful piece of automotive sculpture as well.

It doesn’t matter whether you’re looking at it with the naked eye, or via a camera lens – it’s gorgeous.
The man we all need to bow down to is Flavio Manzoni. As far as I’m concerned he can die happy, knowing that his contribution to Ferrari’s long line of beautiful cars is this one.

Yes, it’s almost AUD$600,000, but when you stand back and take in this spectacular example of automotive art at its best, you can see the value. 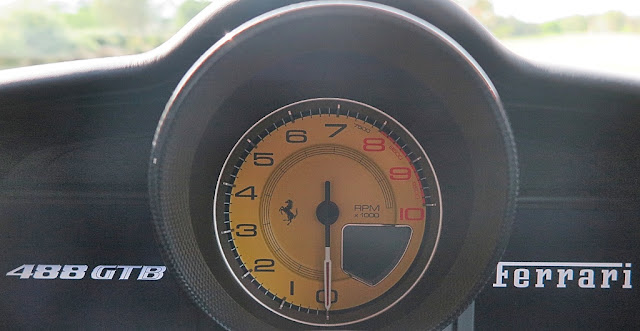 Looking straight ahead is a yellow-tinged tacho, redlined at 7,800rpm; and a pretty swish electronic instrument pack that tells you Ferrari SpA is on the money when it comes to the latest hi-tech fashion and making sure you clearly see every one of those kilometres disappearing under the 1540kg body. 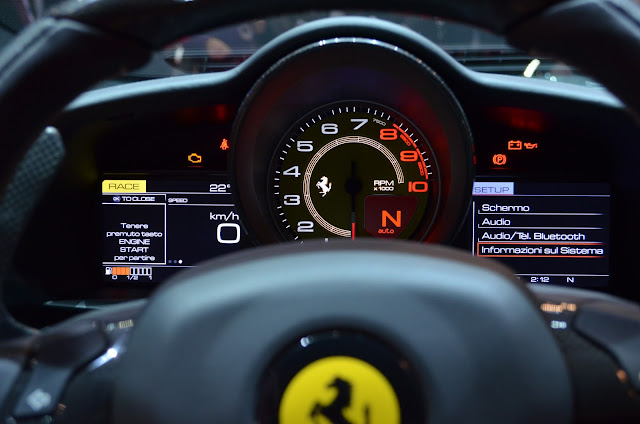 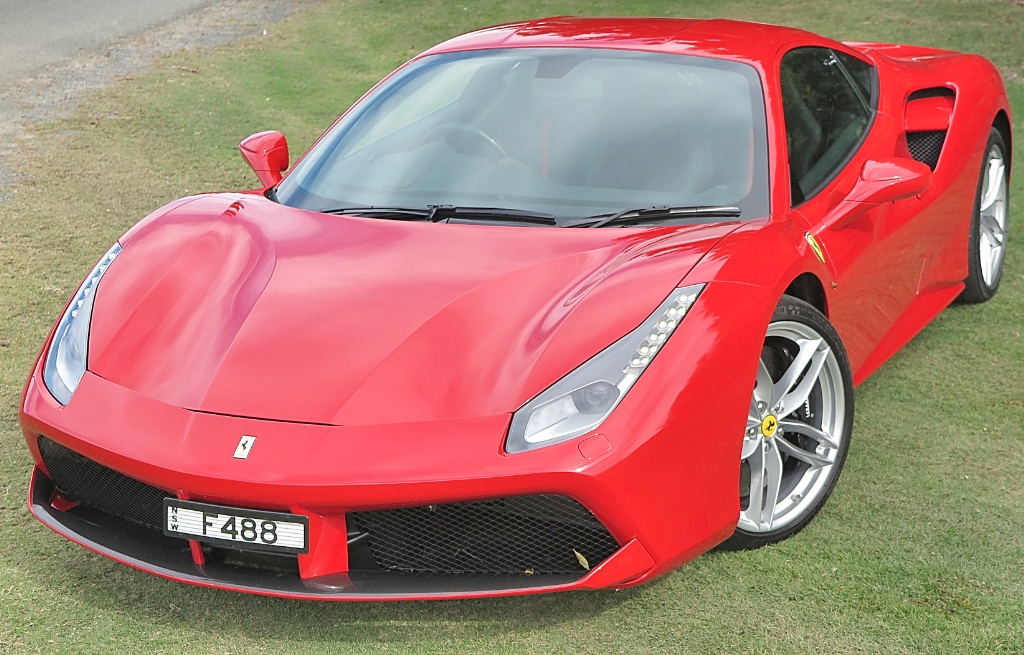 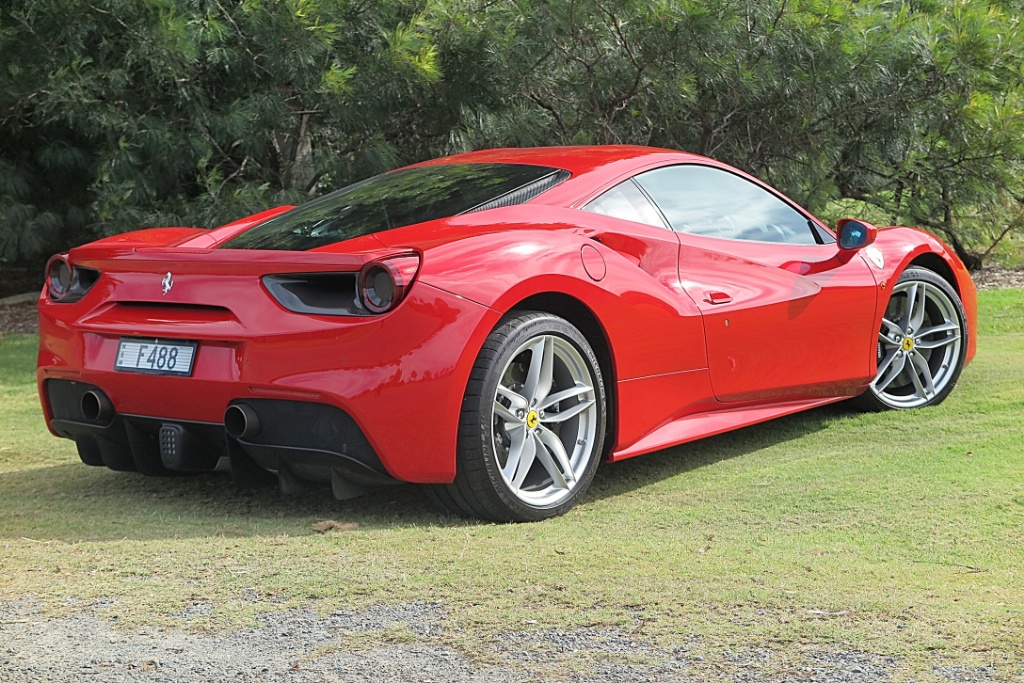 while a newly designed ‘blown’ rear spoiler (actually a slotted flap), integrated into the rear decklid and bumper, increases downforce without requiring a raised wing. And what a lovely bum it's got! 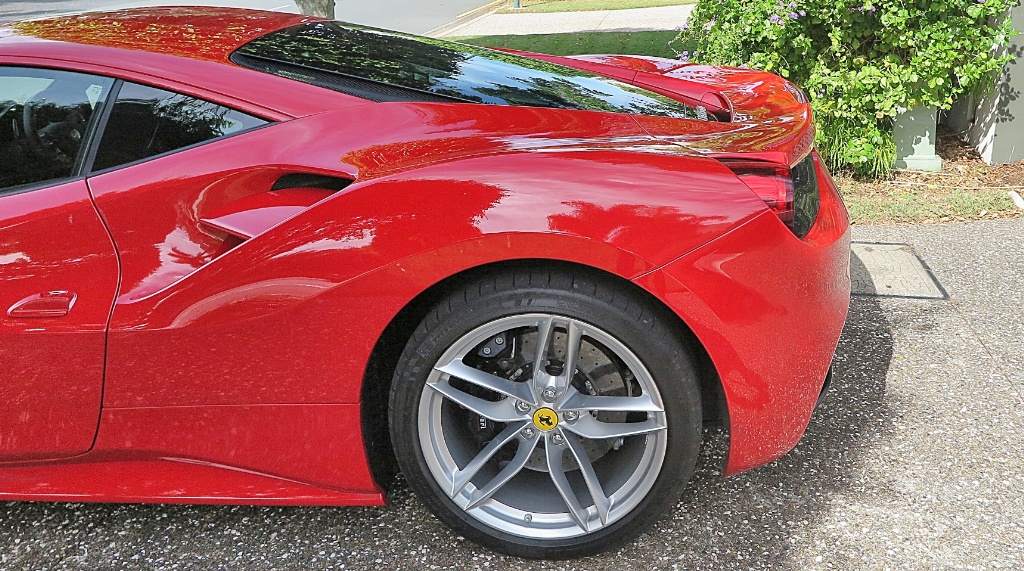 The central "Aero Pillar" deflects air under the flat body of the car, 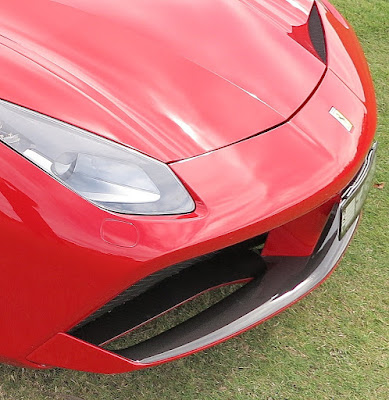 while two vents in the bonnet provide an exit for air from the dual intakes of the front bumper, further reducing air pressure over the front of the car. 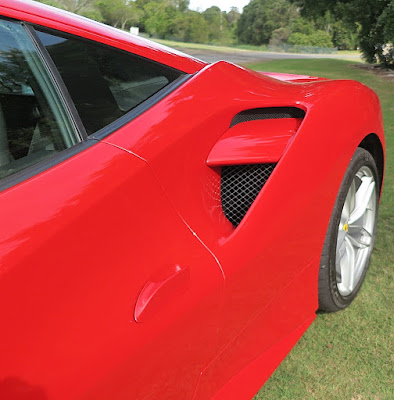 Just a short drive in the 488 GTB convinces you that as a maker of high performance sports cars, Ferrari is at the top of its game.

Hell! Even the trunk is a decent size for more than the stuff required for a dirty weekend. 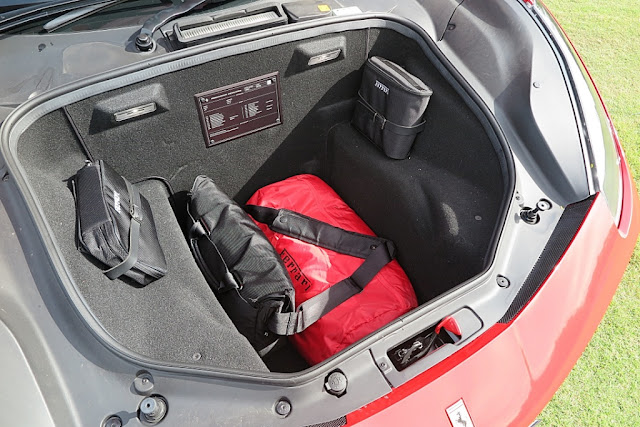 Not only am I thrilled to be at the wheel, but the sensory overload of the red-trimmed interior, the howling performance and pin-sharp handling response delivers a complete package of delight. As far as I’m concerned the Ferrari 488 GTB is the Gold Standard of super-luxe sports cars.

The slick changes from the seven-speed Getrag-built DCT, accompanied by a back burble, and downshift blip is music to the ears. 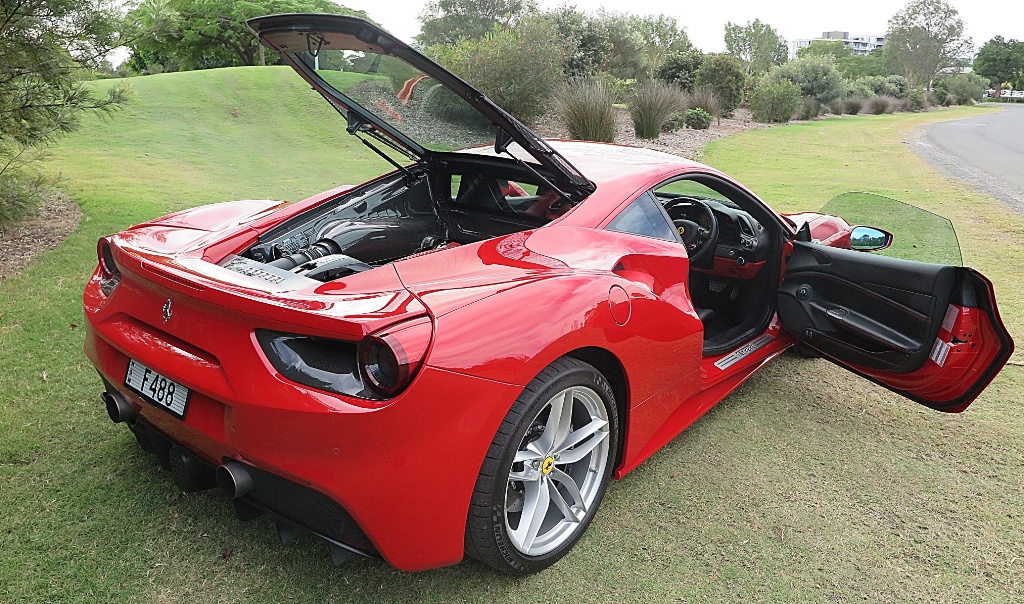 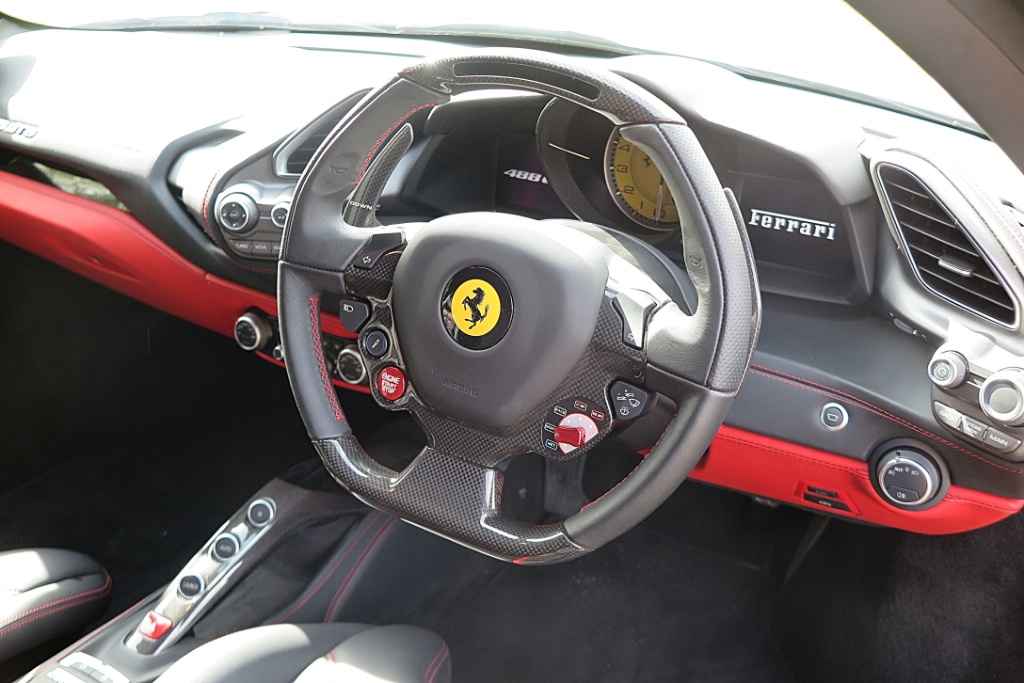 What looks like a 'slot' at TDC on the steering wheel is actually an LED tacho, showing the redline!

Whilst Lamborghini has made tremendous strides in improving all of its cars, from the unreliable, rorty GT cars of its past; and Pagani and Koenigsegg can charge a motza for their challengers, Ferrari represents the unadulterated spirit of a car developed by a team dedicated to pure performance, heritage and the art of design no carmaker can match. 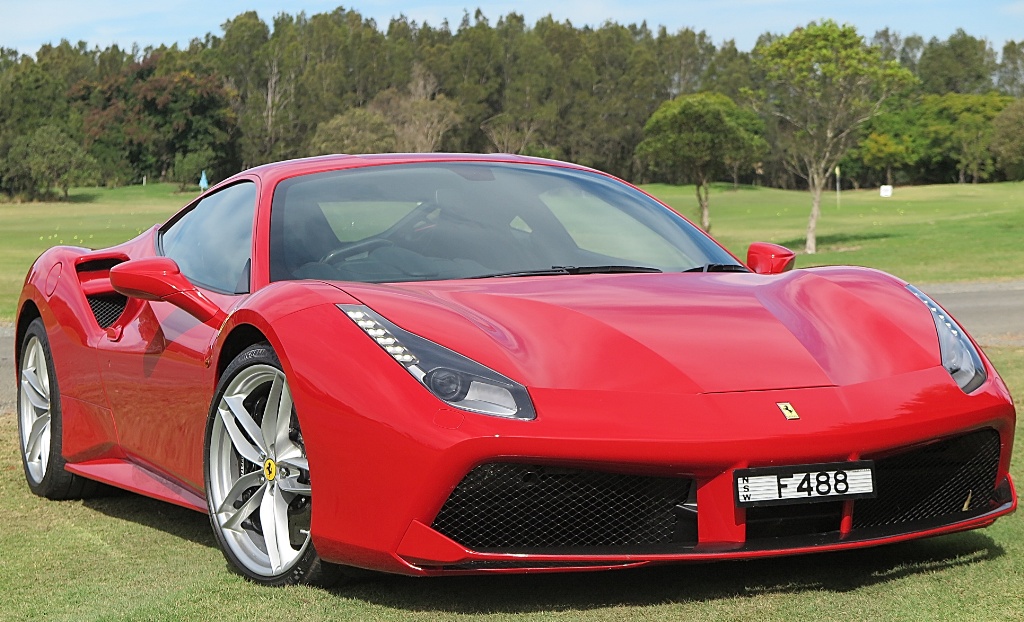